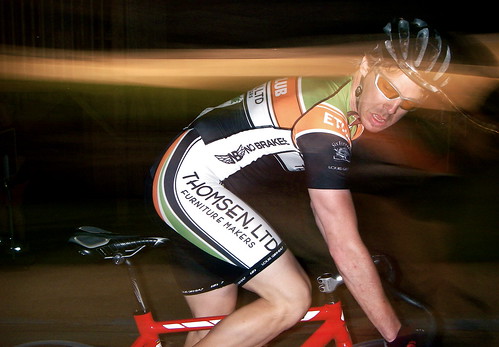 Above: Wayne Whitesides, of the East Point Track Club, staying sharp during his his Match Sprint against Kazane rider Jeff Hopkins, pictured below. 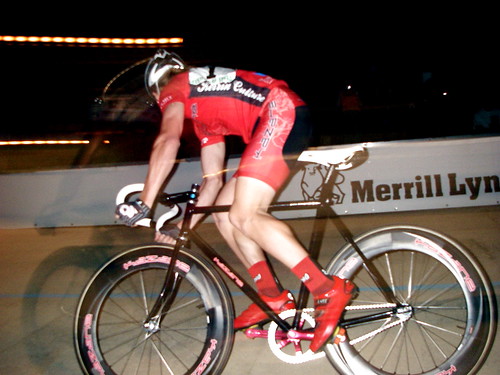 Jeff, once again, brought the hammer down to earn second overall for the evening with his Kazane Steel frame, Kazane carbon race wheels and anodized red Kazane Cranks! Kazane racing components are available exclusively at Keirin Culture and locally here at No Brakes! 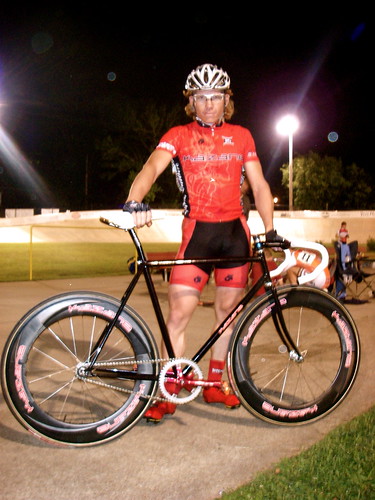 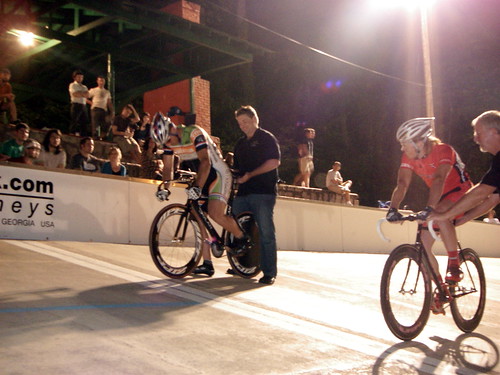 Steve earned first place over all for the evening. Pictured Below: Steve clinching a quater final heat against Jittery Joes rider Tim Henry. 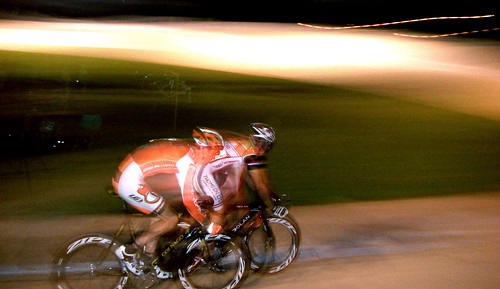 The women’s field was full of deliberate strategy and brutal competition as well! Pictured below Team RBM / Velo Voodoo rider Lisa Safstrom being closely eyed by Jeanne Hurtz of the Ergotech Cycling Dynamics Team at the onset of their Repechage Heat. 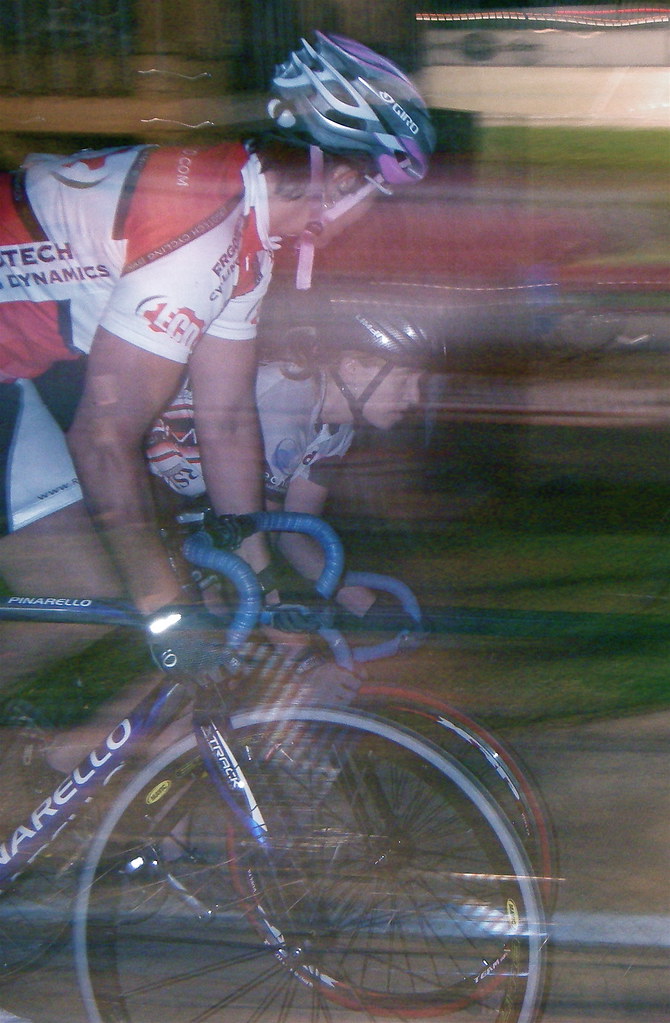 Below, Captain of the 2008 Vanderkitten Women’s team, Leigh Valletti, edges ahead and up track during the women’s Dash For Cash. 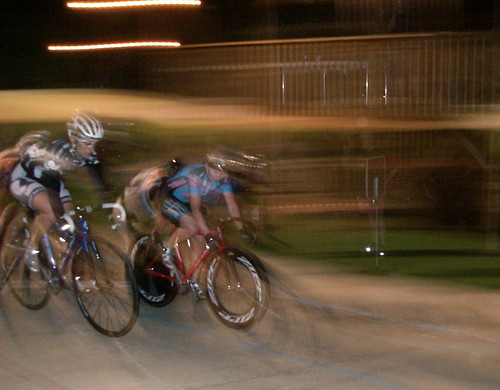 Results for the entire evening can be found here and the schedule for today’s events is here. Also, for more photos head to Chris Kelly’s site or the Flickr. 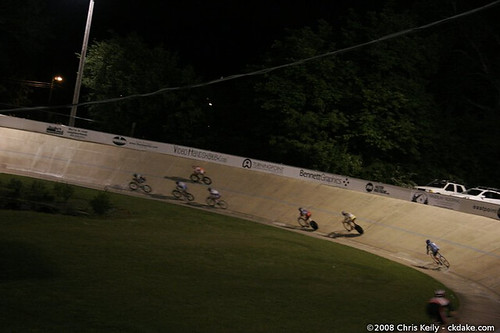