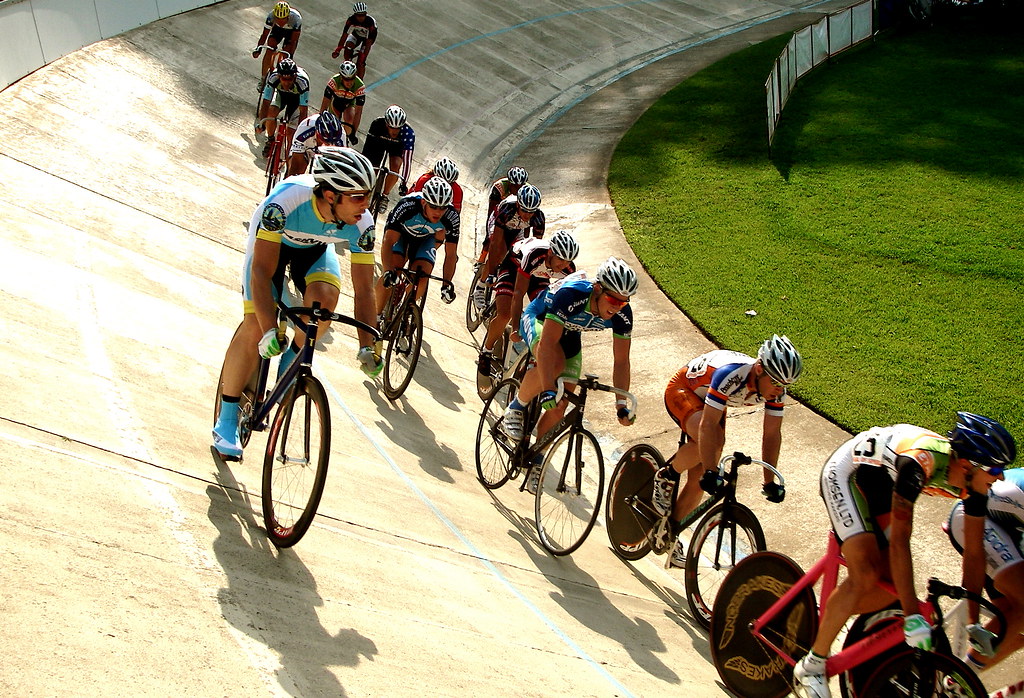 The past weekend the Dick Lane Velodrome was brimming with atheletes from near and far dashing for cold cash and the ever crucial street, well track cred. The crowd was wowed by numerous feats of stamina and strategy the whole day through. Not the least of which occurred during the Men’s Pro 60 Lap Points Race. 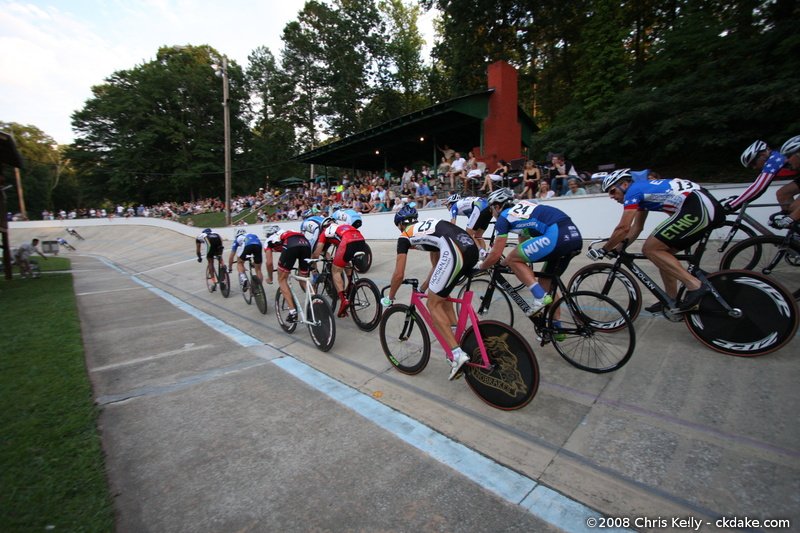 Emile Abraham, Daniel Holt & Jason Sprouse lapped the field not once and stop me if I am wrong but twice!

The amazing racing was not solely characterized by blazing speed and brute force but rather determination and heart. Jeff Hopkins awarded the winners of the Youth Racing League for their valiant efforts! Additional superbly captured photographs of the youth racing, awards and the whole day’s events can be found here courtesy of Steve Taylor. 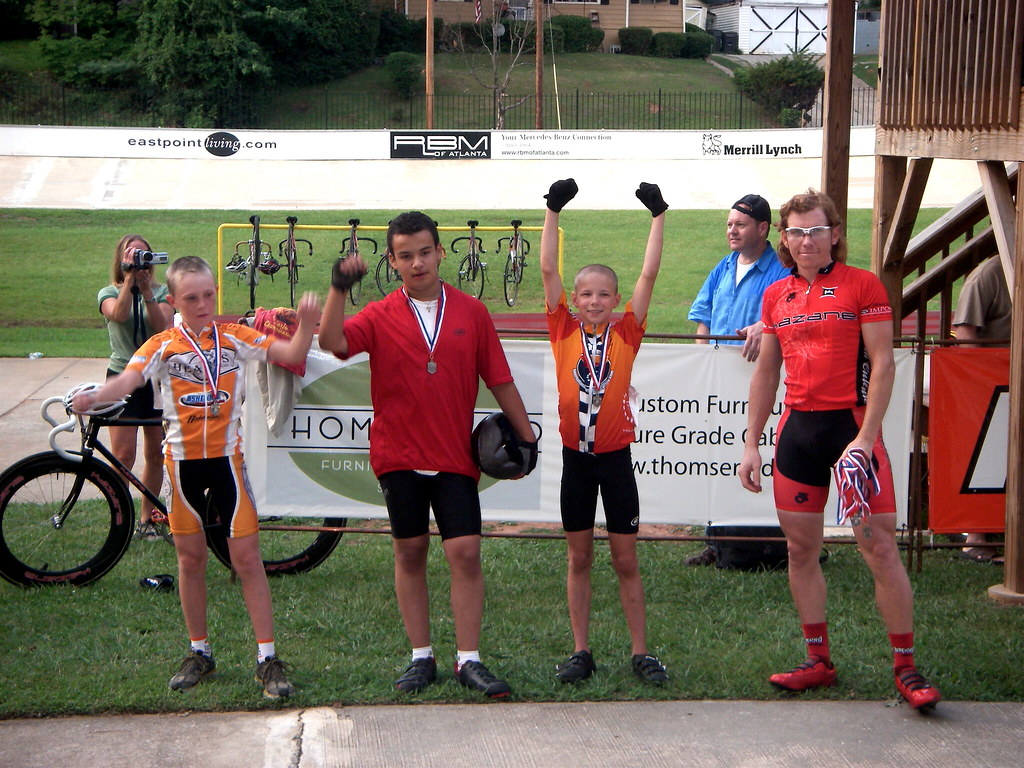 Speaking of Jeff Hopkins, who earned 3rd overall and along with Jay Wansley earned 2nd in the Madison. ‘Hoppy’ races on a stock Kazane steel frame with the new Kazane carbon tubular wheels. We will be stocking those wheels and additional fresh off the lot Kazane Components as they become available. Congrats Jeff on a solid day of Racing! Stay updated on Kazane racers and components the Keirin Culture Blog! 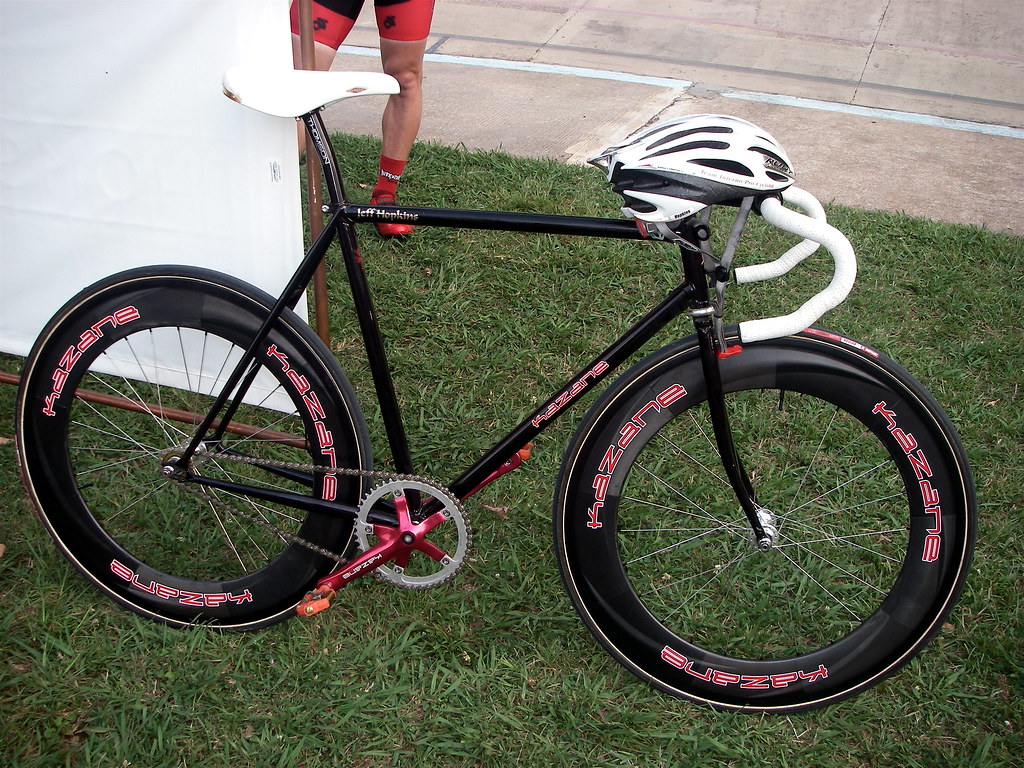 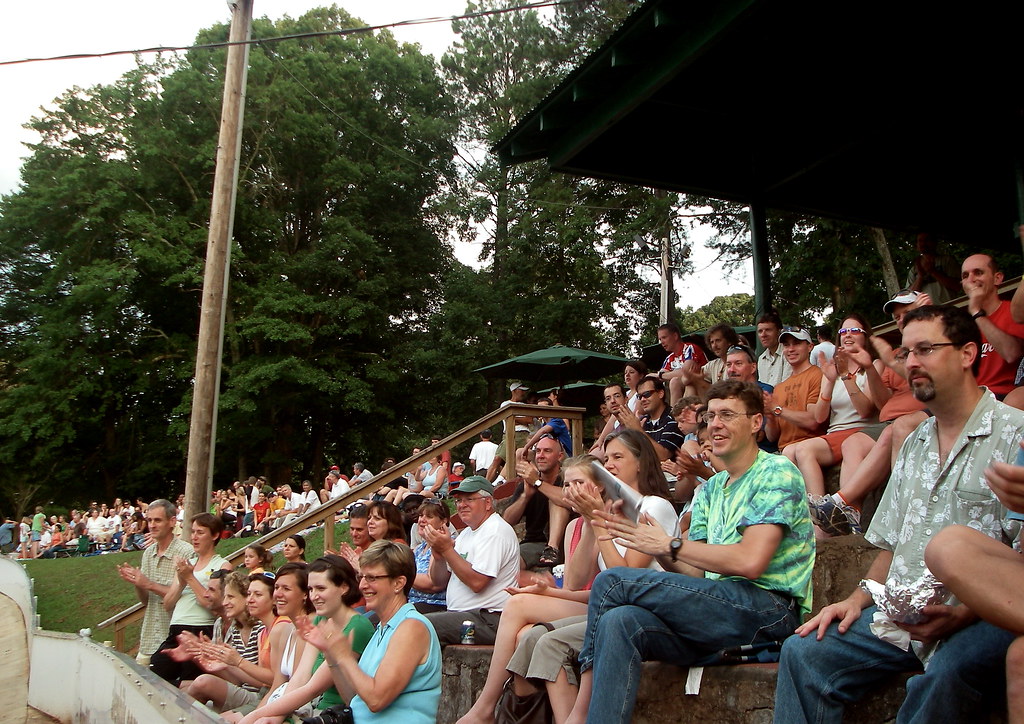 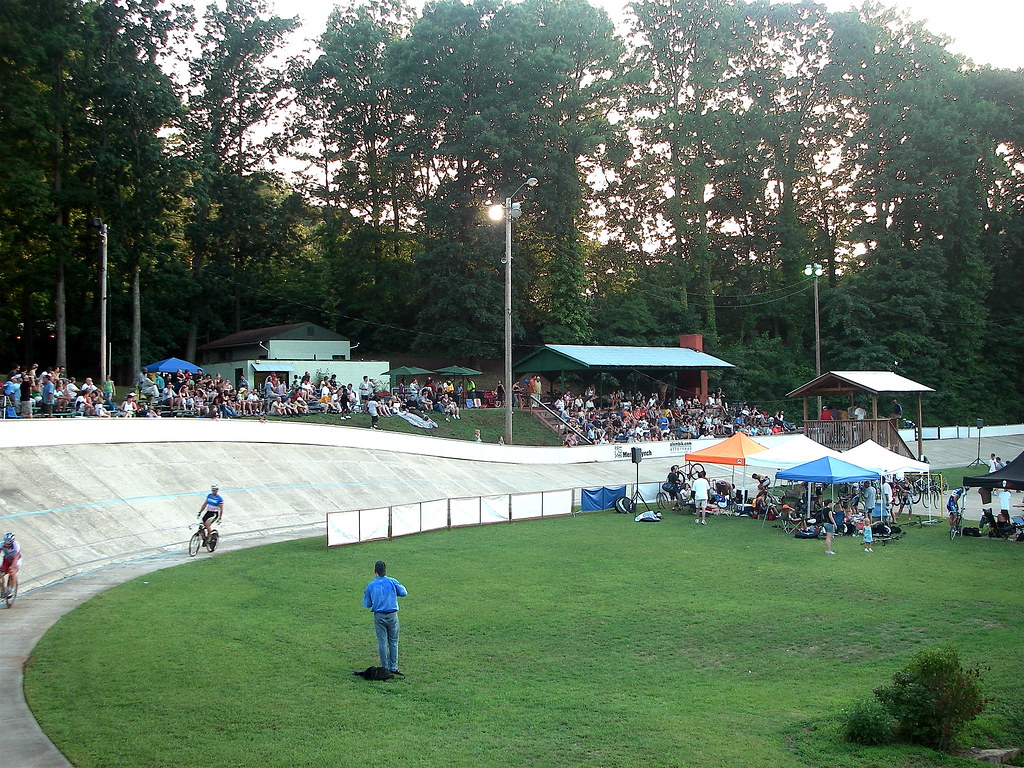 As the stands continued to fill, as the sun set and as the tempurature dropped: the action only heated up! This spectacular image of the legendary Kent Bostick turning it up is courtesy of Chris Kelly. All of his fantastic photography is available for viewing and print ordering right here. 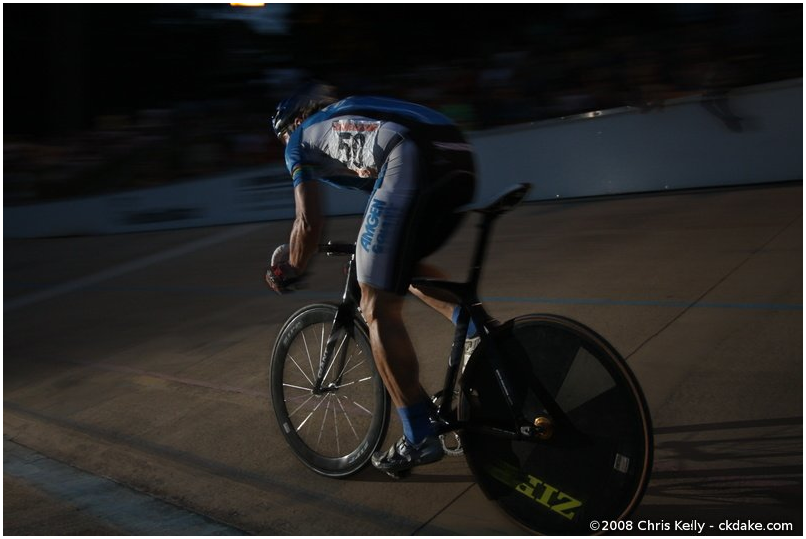 The evening ended with a staple of track racing here in America and especially here in Atlanta: 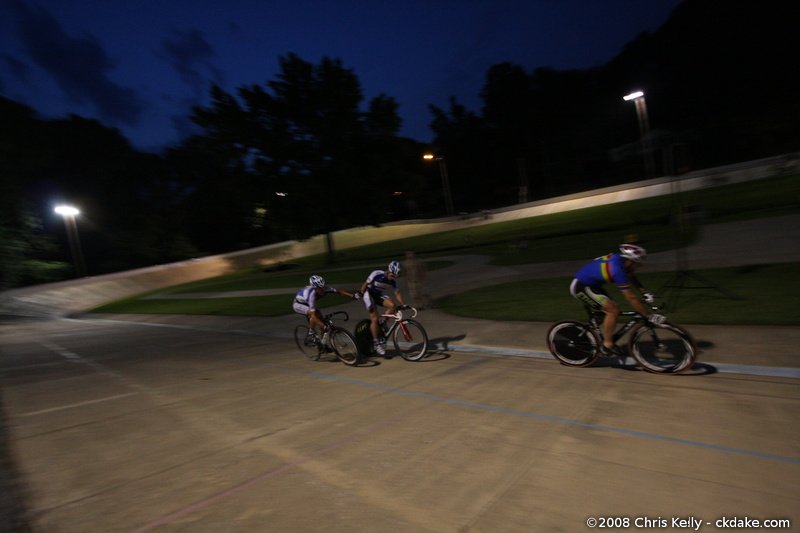 The above photo of Abraham and Holt performing a Madison Sling was moments before kilo time trial champion Steve Hill kicked it into overdrive.

No Brakes, now a Dolan and Spiuk dealer, will be procuring Steve’s latest weapon, the Dolan DF3, hopefully in time to implement at the Alpenrose Challenge. Good Luck Steve! 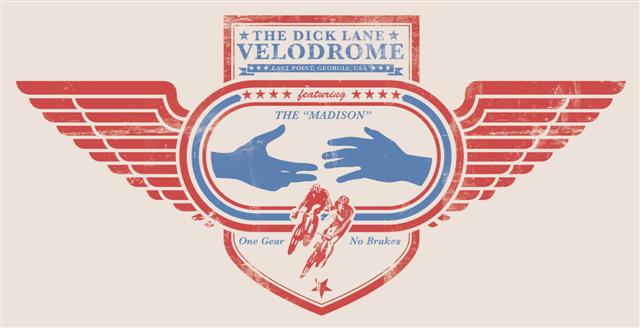 If you missed the action, plan to attend the season’s third Festival of Speed on Sep 19 and 20th! In the meantime, stop by the shop and pick up the Dick Lane Velodrome’s new T-shirt, designed by Kurt Rampton to show your support for Atlanta’s velodrome and represent! Full results for Friday and Saturday’s races can be viewed here. Additional race photography can be found here as well.

~ Jeff Hopkins is leading another Madison Clinic installment tonite!
~ Wonder Root is hosting a screening of B.I.K.E. on August 2nd
~ There will be a one day track certification class on August 9th: RSVP with Brian Sullivan ( bsullivan(at)ignitecommunications.com )
~ No Brakes Recently became an Arkel dealer. Let us know what you think we should stock or if you have any special orders!
~ Check out the Arkel Saddle bag!
~ *The Shop will be closing early on Friday the 25th @ 5 and will be closed on the 26th!*

See everyone at the track on Wednesday!