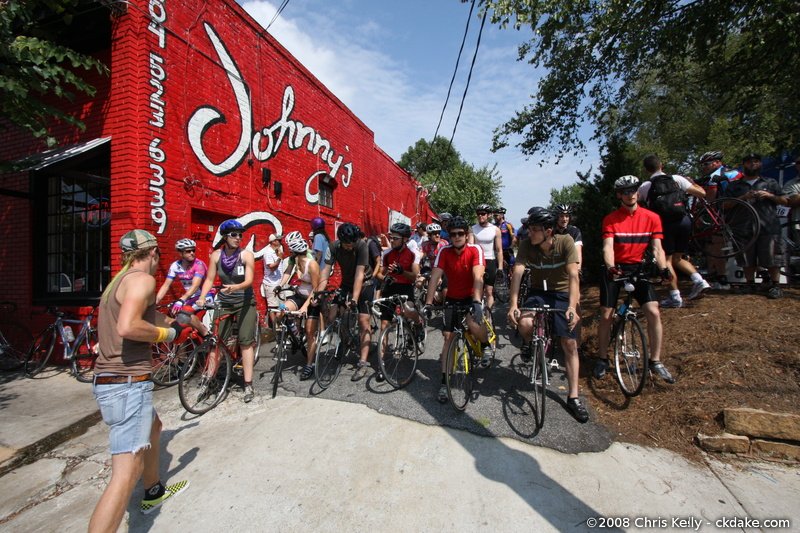 The Fourth Annual Faster Mustache 24 brought 192 riders on 58 teams to the streets of Atlanta. The riders completed 1152 laps, which is about 13,800 miles! Solo racers, teams of 2, and teams of up to 6 began racing at Johnny’s Pizza on North Highland this past Saturday, September 6th and didn’t stop until noon on Sunday. The race officials weren’t aware of any hospital trips nor police interactions this year. The upgrades to the RFID based race tracker from last year made the lap tracking a seamless means of monitoring the race in real time at the race headquarters, online and even on your cell phone. The course went from Johnny’s to Videodrome to Nobrakes to the Flat Iron Building in East Atlanta to Elliot Street Pub then a return to Johnny’s Pizza. Around 10 to 12 miles depending on your route and 30 minutes to an hour depending on how gnarly one could thrash and mash. Thanks to Chris Kelly for the above pre race shot! 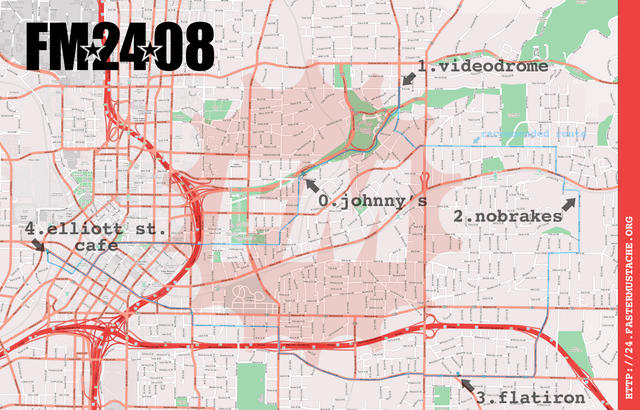 Here is a convenient breakdown of the top 15’s. There are some sick accomplishments on here:
Nate Silby’s 30 minute and 44 second lap was jaw dropping. Closely followed by solid lap times by fellow Team Juggernaut racers Slick Rick Fuqua and Jeff ‘Hoppy’ Hopkins! Jeff’s wife to be and racer for Team Vanderkitten, Leigh Valletti had a near minute lead on the fastest female lap. Leigh’s FM2408 team, Team TNT, was top all female team and 10th overall! Eddie O dominated the male solo racer category: 32 freakin laps! Thats ~352 miles in 24 hours! Emily Brock crushed it in the female solo category with 20 laps! To view the stats in their entirety go here.

Johnny’s Pizza was maxed out as usual with people and bikes sprawled all over. 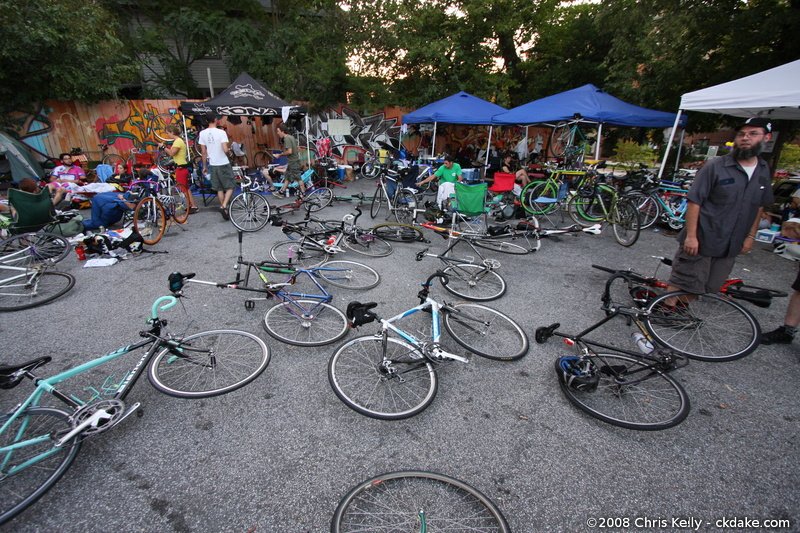 There were some gnarly dismounts and near/literal collisions at the finish line. Kurt captured this image of me with the eye of the tiger: 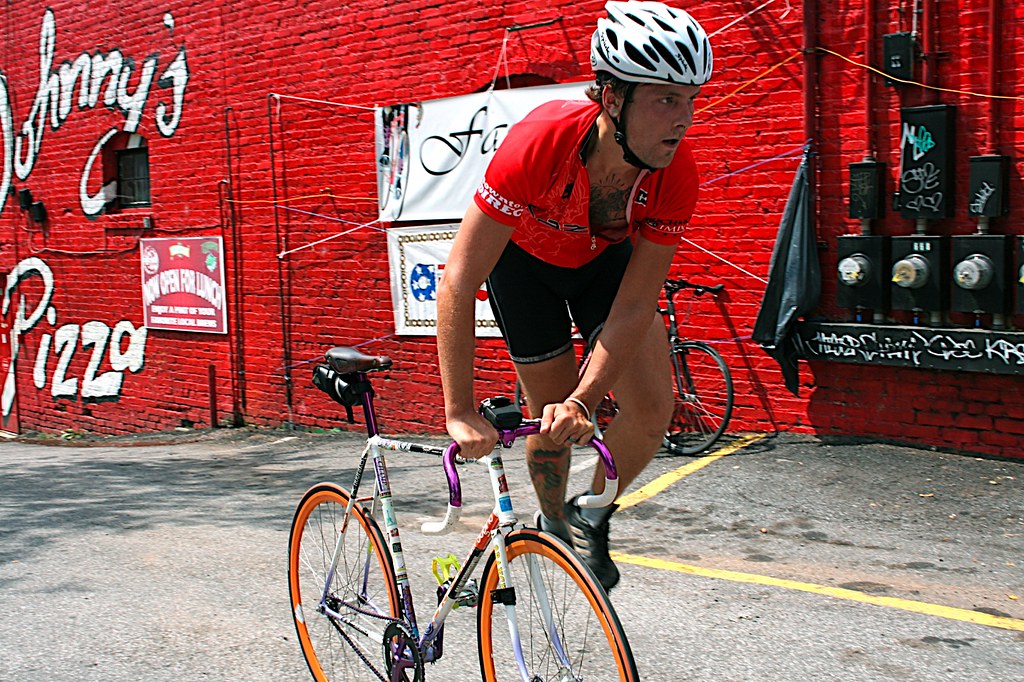 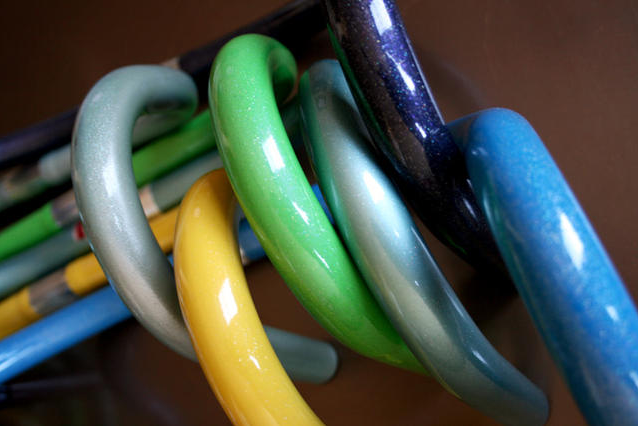 The prizes this year were solid! FM really hooked it up as did our boy Costello with these bars. So rad! 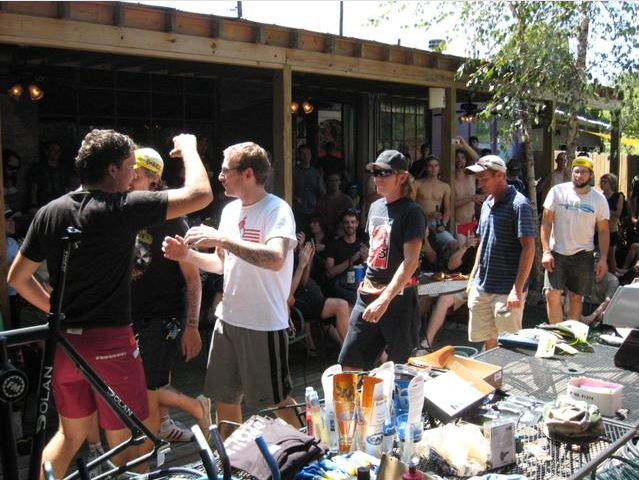 Thanks to Roger for this picture of our team. We clinched 3rd overall, right on the heels of our rivals Dreadnok! Avx’s Squid 1 kept a firm grip on the top podium position for now the third year running! Thank you to FM, Johnny’s, all the sponsors, racers and spectators for yet another awesome race! For more race photos peek the FM gallery, Ckdake’s website, the ‘fm2408’ tagged Flickr slideshow, Kurt’s Picasa.