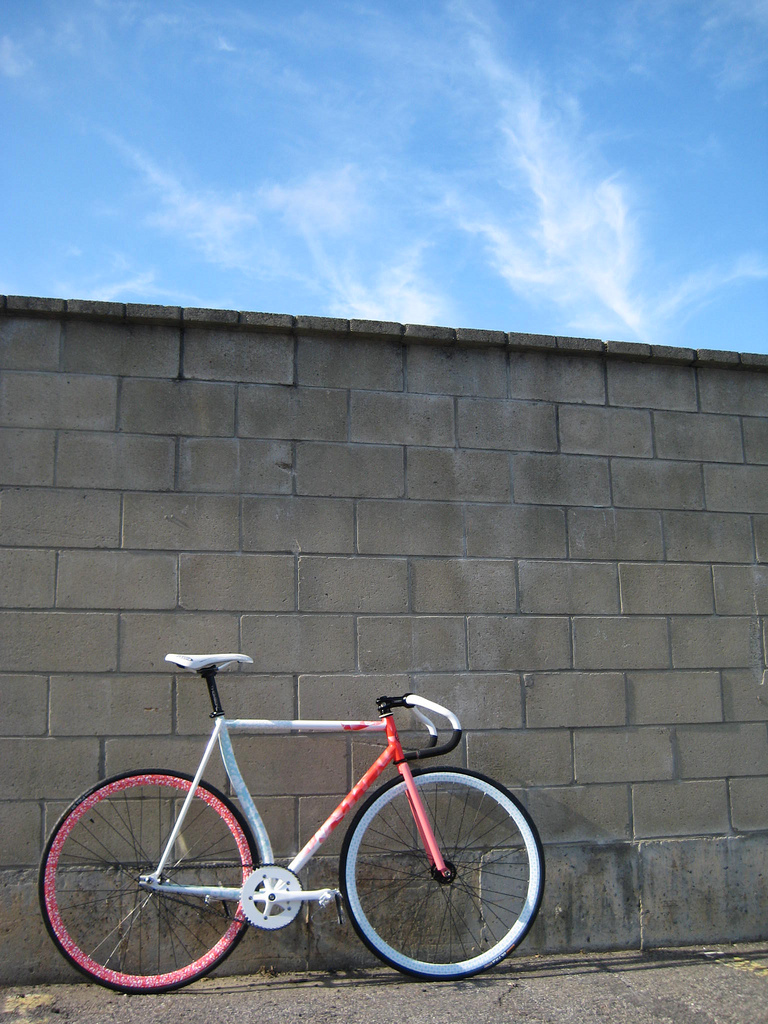 ANIMAL, DAN FUNDERBURGH, AND GEEKHOUSE BIKES JOINED FORCES TO CREATE ONE OF A KIND BIKE TO AUCTION FOR BARACK OBAMA.
The eBay auction can be found here.
October 15, 2008
NY, NY — The 2008 U.S. presidential election is less than three weeks away, but nothing is sewn up yet. To keep the momentum moving forward for Barack Obama, the candidate offering a better energy plan for the future than a cacophony of “Drill, baby, drill,” ANIMALNewYork.com’s Bucky Turco united the bike building expertise of Geekhouse founder Marty Walsh and the ‘wallpaper design’ talents of Dan Funderburgh to create this ONE OF A KIND track bike for auction. The exclusive fixed gear cycle is being offered on eBay beginning today and proceeds will be donated to the Barack Obama victory fund. 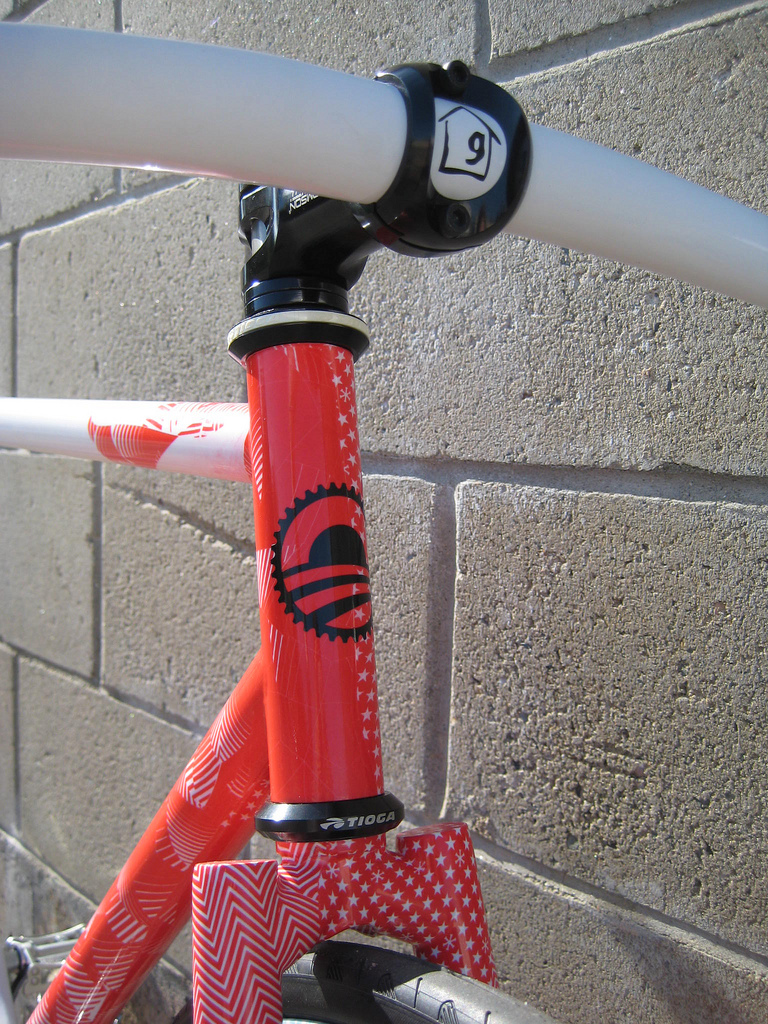 The hand built, Geekhouse Custom ‘Rockcity’ Frame measures 55cm, comes race ready with a nice array of parts, and sports a highly designed, curved seat tube. Walsh described his motivation to build the bike as a way to combat the country’s junkie-like addiction to petrol. “I think our country needs some serious change to get away from our dependency on foreign oil and oil in general. But more important than offshore drilling, we need to invest in ourselves and renewable energy sources. A small start to this is to simply ride a bike more. So I’d like to start our own chant: ‘Ride baby, ride!”” 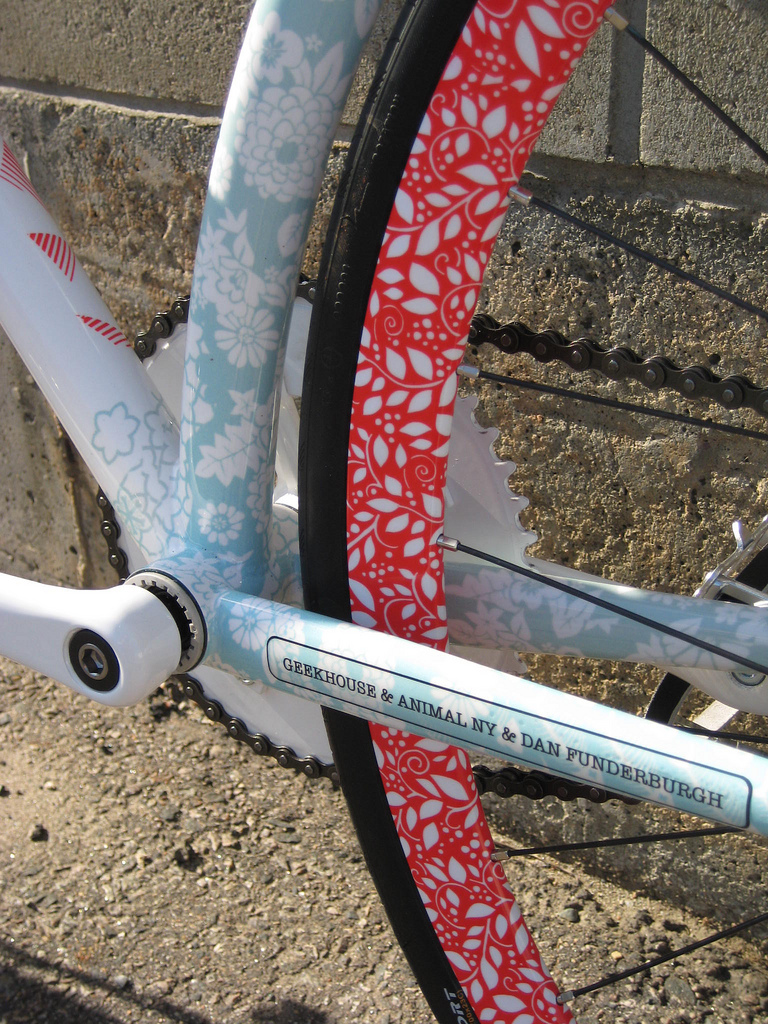 The distinctive bike also features custom sublimated graphics on the frame and Veolcity Deep V wheel set, as well as an exclusive ‘Obama chainring’ logo on the front. Funderburgh’s attributes his inspiration for the design to the fiery unity speech Obama delivered at the 2004 DNC when he was still a candidate for the U.S. Senate that emphasized the need for the country to come together and abandon the ‘Red’ and ‘Blue ‘ state labels. “This speech was the first time in my life that I’ve been moved by the words of a living politician. I feel like the people I know are bored to death of cynicism and are willing to do everything in their power to see this momentary flicker of hope extend beyond November.” To emphasize this political ideal, the artist created the design with colors to representing our electoral spectrum using a blue to red gradient. 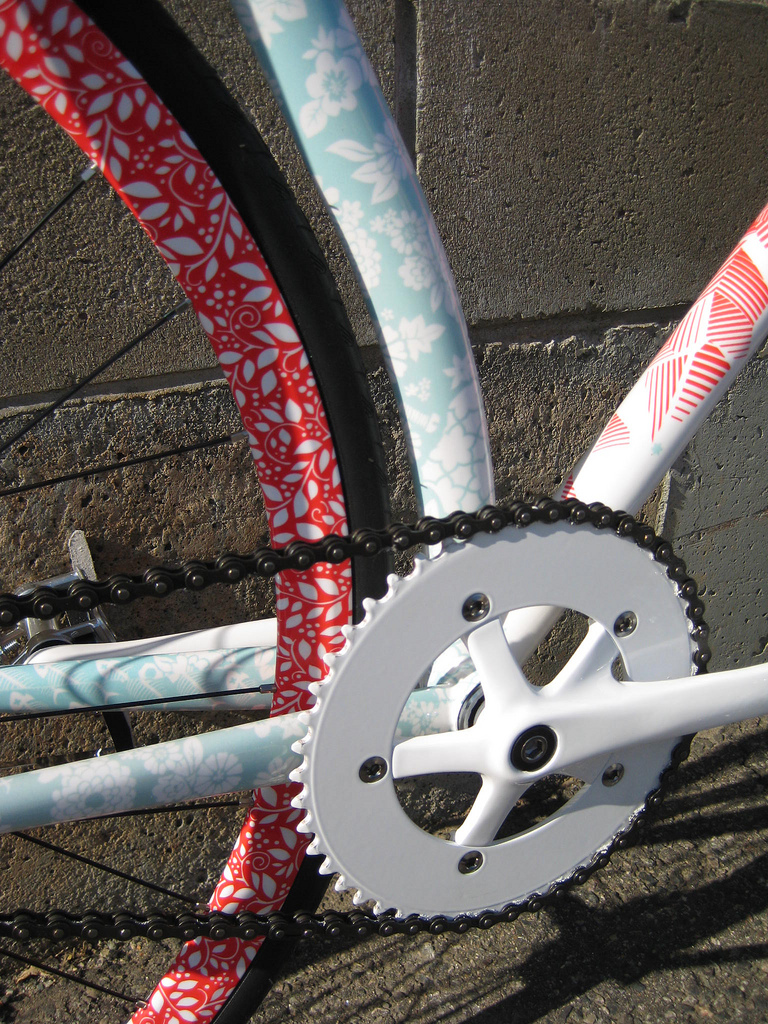 The eBay auction can be found here. 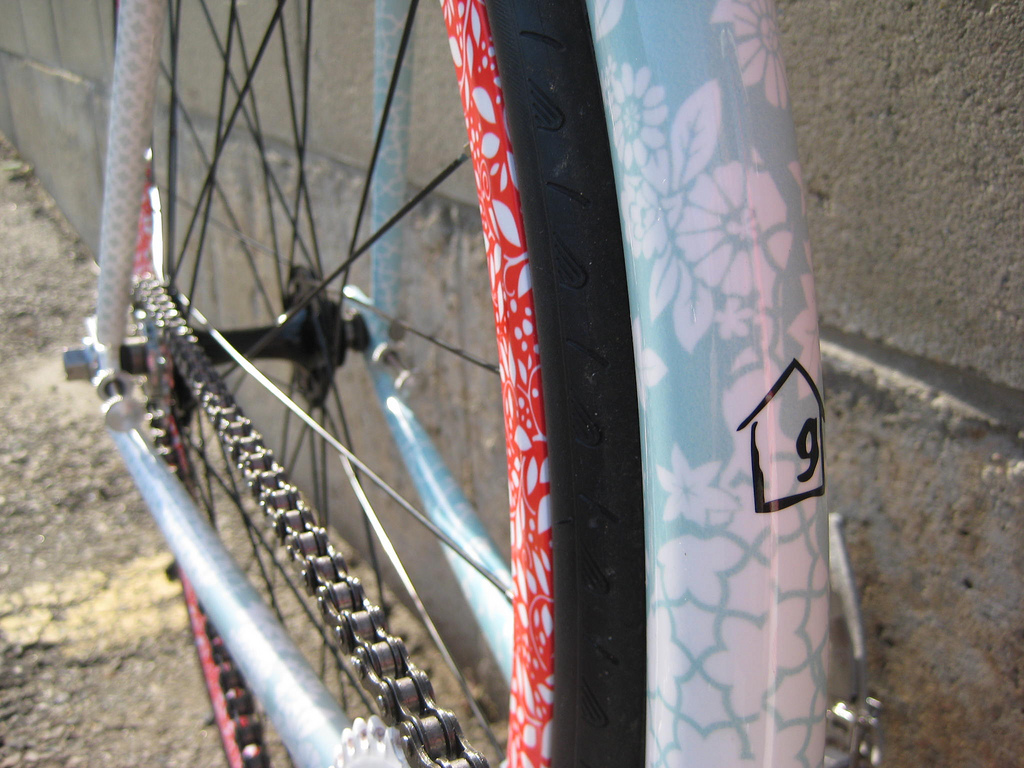 About Geekhouse Bikes
Geekhouse Bikes is an independent bicycle manufacturer that hand crafts its custom frames in Boston, Massachusetts.
http://www.geekhousebikes.com

About Dan Funderburgh
Dan Funderburgh is a Brooklyn-based graphic designer that specializes in creating elaborate patterns and what he describes as “wallpaper design.”
www.danfunderburgh.com

About ANIMAL
ANIMAL is a magazine/website that is best described as a mix of underground culture, city-centric musings, and cultural epithets updated daily, providing compulsory reading for artists, writers, curators, creative peoples, (as well as editors, reporters, and brand people).
www.animalnewyork.com 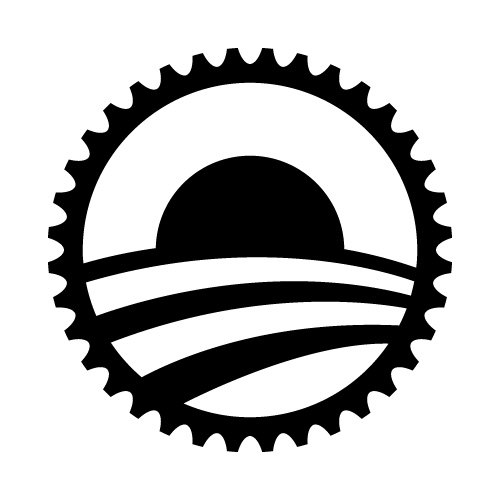