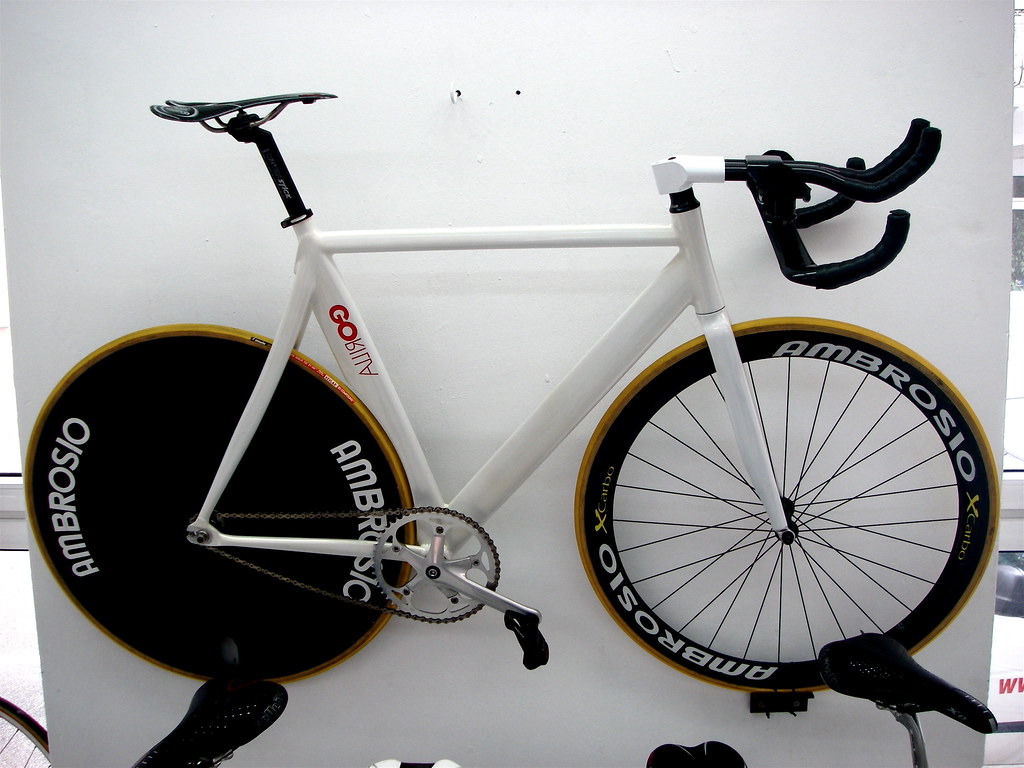 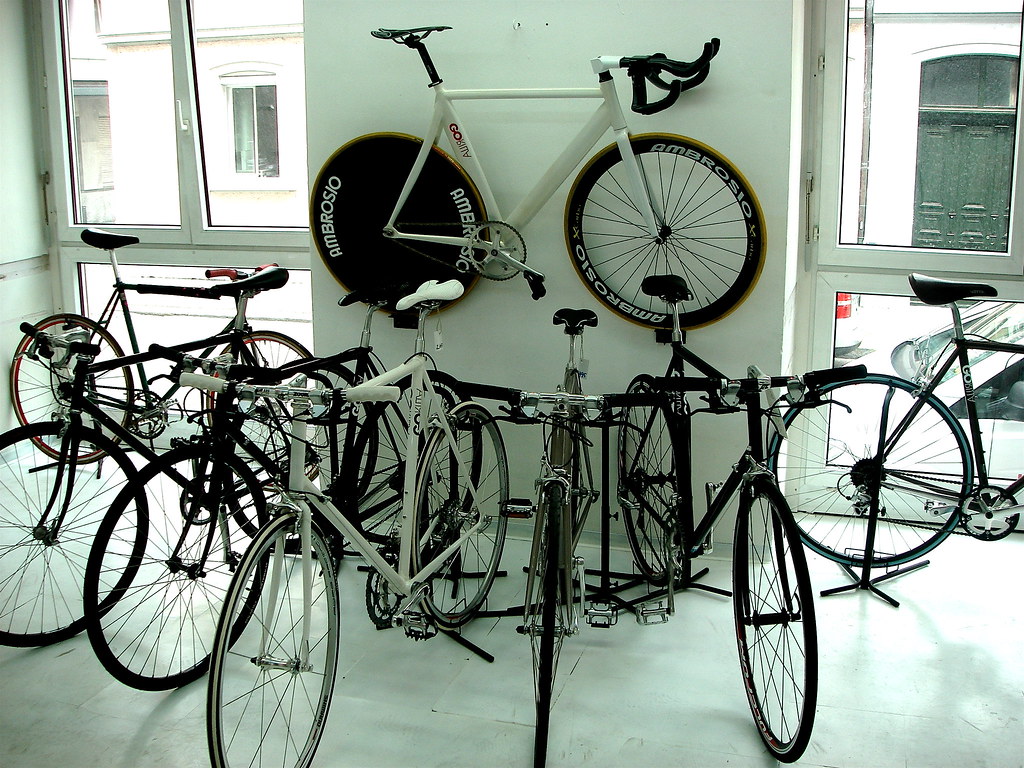 We just got an email from our friend Thomas over at GOrilla Bicycles in Zürich. He wrote to give us the heads up about the ’09 line of GOrilla Bikes that will be rolling soon. I realized I had neglected to post photos of their shop when Stacey and I visited this past August. We missed their Grand Opening by two days! 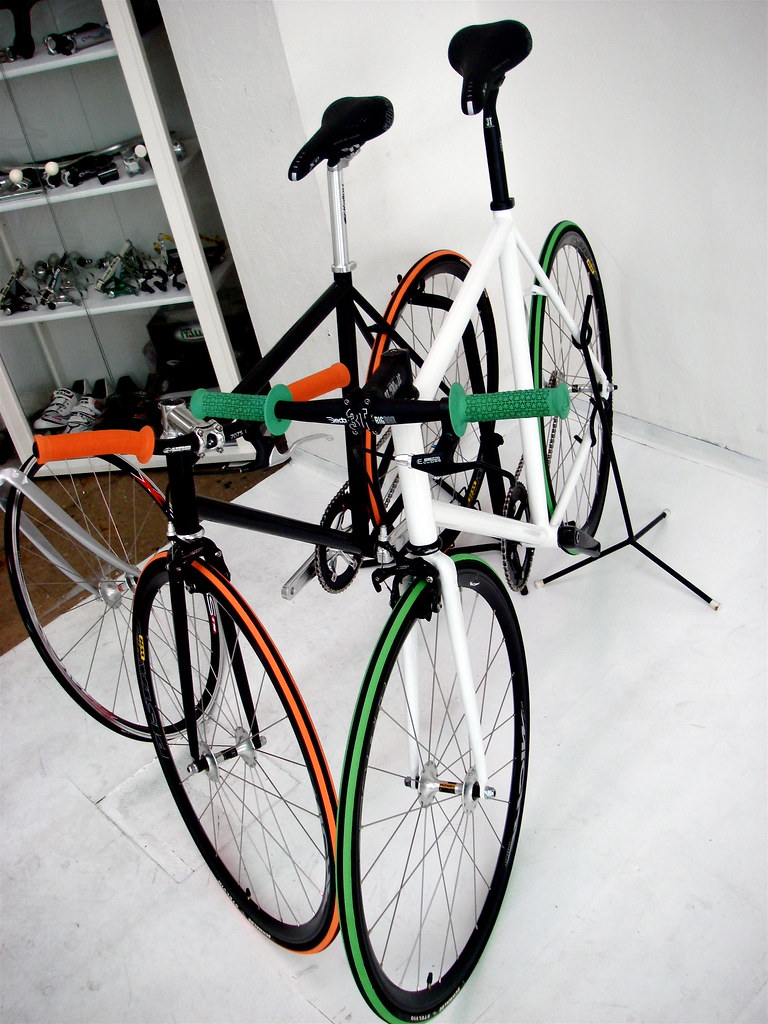 We met up with GOrilla co-owner Wälde and he showed showed us some Swiss hospitality right off the bat with a few biers! We were only in Zürich for a day and stopping by was a must! 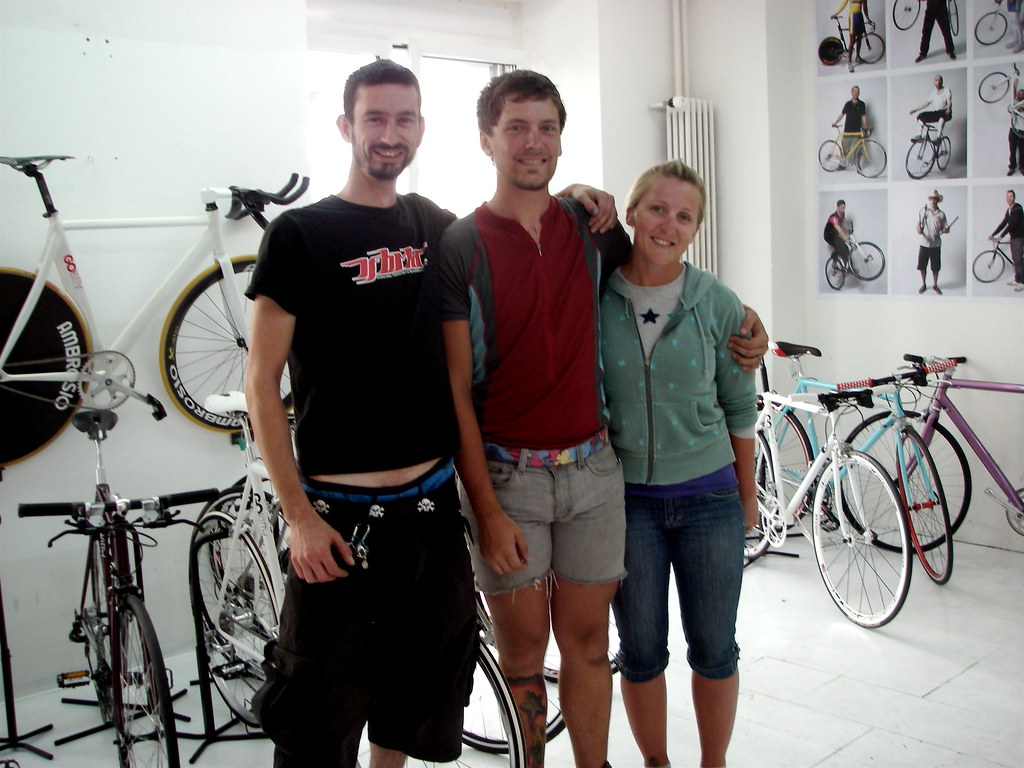 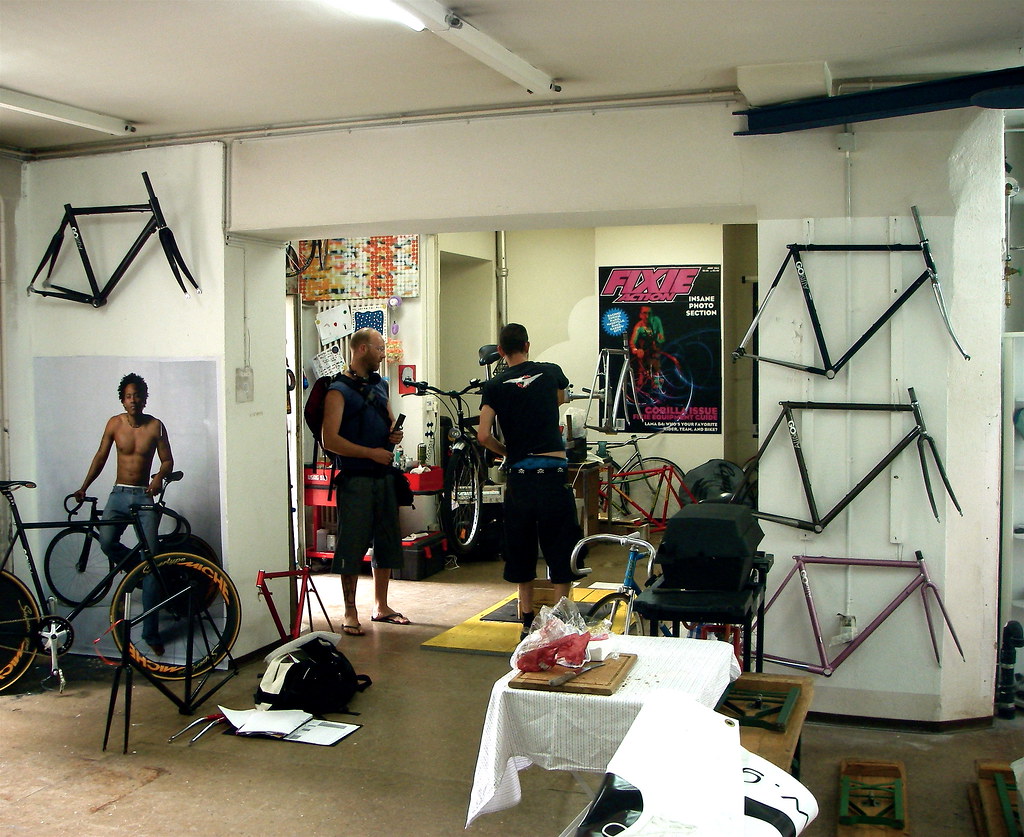 These frames are certainly stellar to behold and a blast to ride but its the history behind them that completes the picture for me. GOrilla bicycles are built by one of the most legendary Italian frame builders still around. 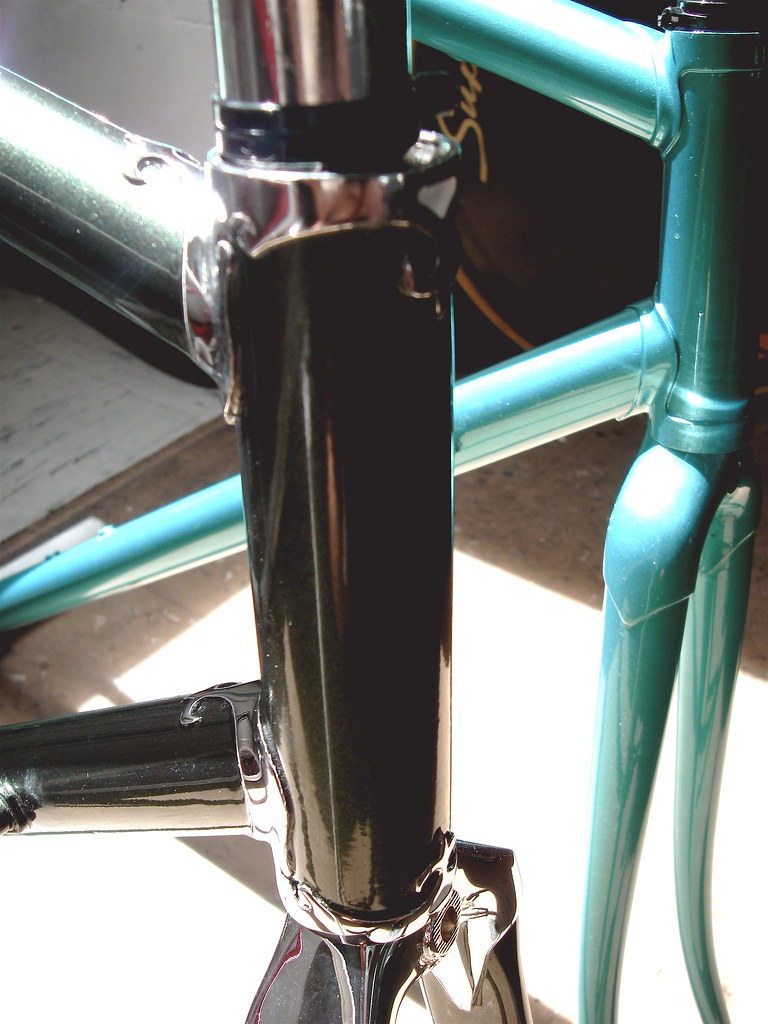 Every one of their lugged and fillet brazed frames are hand made by Giovanni Pelizzoli, aka the master behind Ciöcc, the real one. His nickname is Ciöcc, local Italian slang for “poker faced”, hence the Ciocc badge of four aces. He founded company in the late 60’s and sold it 15 years later. He is now 66 years old and runs his workshop with his family members. He also works closely with Guerciotti providing painting services. The collaboration between Mr. Pelizzoli and GOrilla has been building up over the past three years and GOrilla is elated and honored to have Mr. Pelizzoli as GOrilla frame’s exclusive builder. 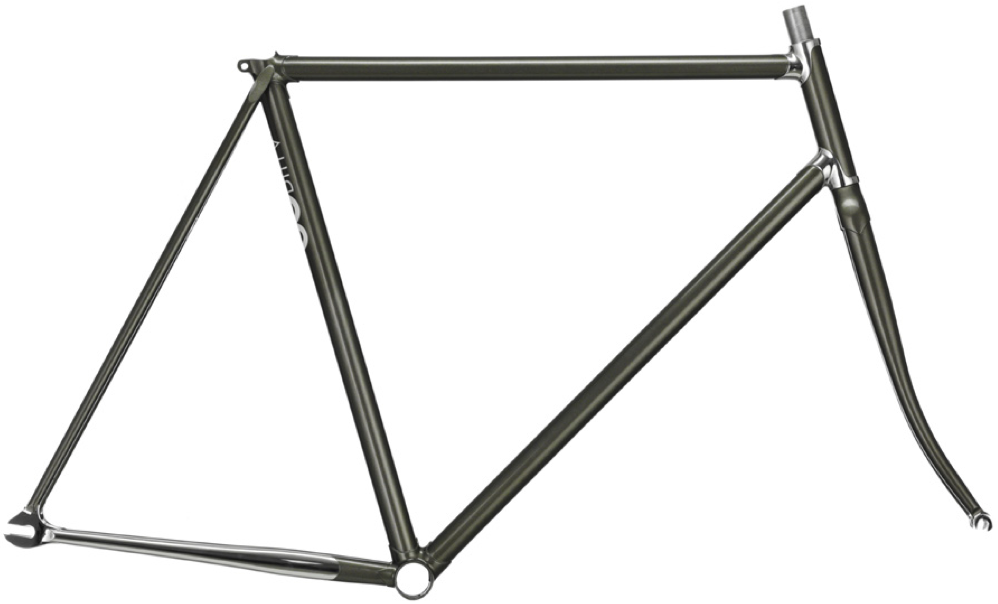 Its hard to believe that he even rejects to build for such big names, like Colnago and De Rosa, who are seeking the ever more elusive master Italian craftsmanship and skill their steel frames. The guys over at GOrilla bikes also teamed up director with Daniel Leeb to make a documentary about Mr Pelizzoli. The movie will be shown at the Bicycle Film Festival next year. (When is that Festival coming to Atlanta!?) Pictured above is the Rocketroll track frame. It’s a fully lugged classic pista beauty with polished head tube lugs and Columbus Neuron Nivacrom tubing and Columbus Neuron 1″ fork. Below are the the Hattara and the Zengang. Both are manufactured by one of the last third party frame manufacturers in Italy. They are still a family run business, only have about 10 employees and also build frames for Corratec. 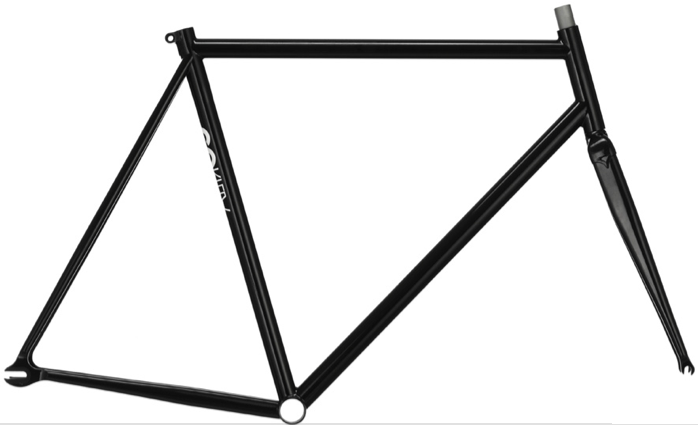 The Hattara is GOrilla’s soon to be legendary track and street frame. Double butted Columbus Thron tubes and Zona Nivacrom stays are are joined with a smooth TIG weld. The frame enjoys protection courtesy of an anti-corrosive cataphoretic coating. Columbus Max 1″ fork as well. 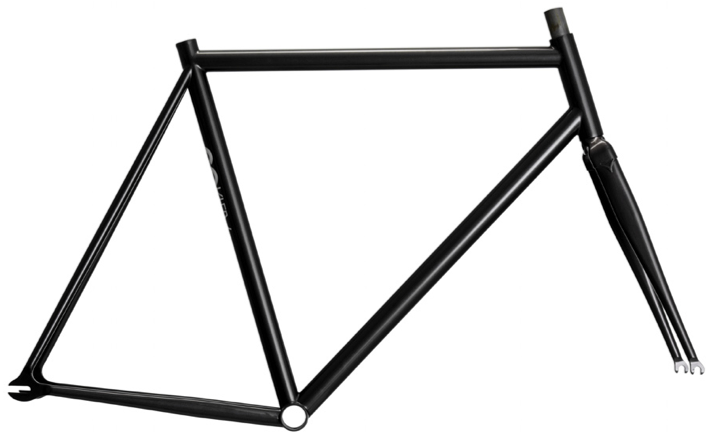 The Zengang also enjoys the protection of an anti-corrosive cataphoretic coating. This frame is their high end track and street frame. All oversized TIG welded Zona Nivacrom tubes save the Thron CrMo seattube. The fork is a Columbus max 1 1/8″ threadless. This beast is for sure ready to ape it on the track. 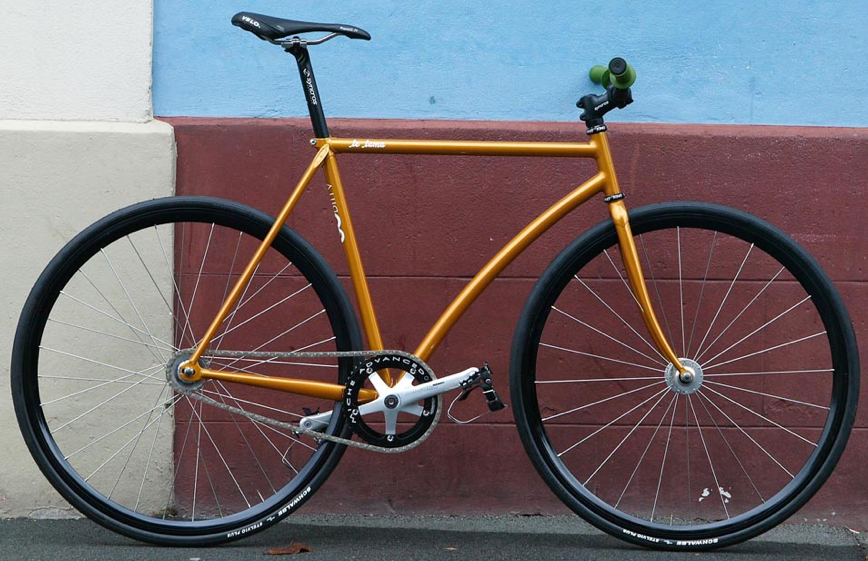 Above is Le Lama. The curves downtube allows, you guessed it: bar spins. The Lama is built with fillet brazed Columbus Brain tubes. With regard to traditional track aesthetic, it is a pretty damn sharp trick bike. Another highlight was this frame was gifted to Pharrell Williams, as reported by Kyle over at Trackosaurus Rex.