Early last Friday Stacey and I loaded up our Bilenky tandem and headed north to Maryville, Tennesse for the 7th Annual Tennessee Tandem Rally.

The rally is organized by our friend Melissa’s parents: Tim & Sharon Patterson. Tandem enthusiasts from 17 states made the trek to roll 50 teams deep through the foothills of the Great Smoky Mountains. 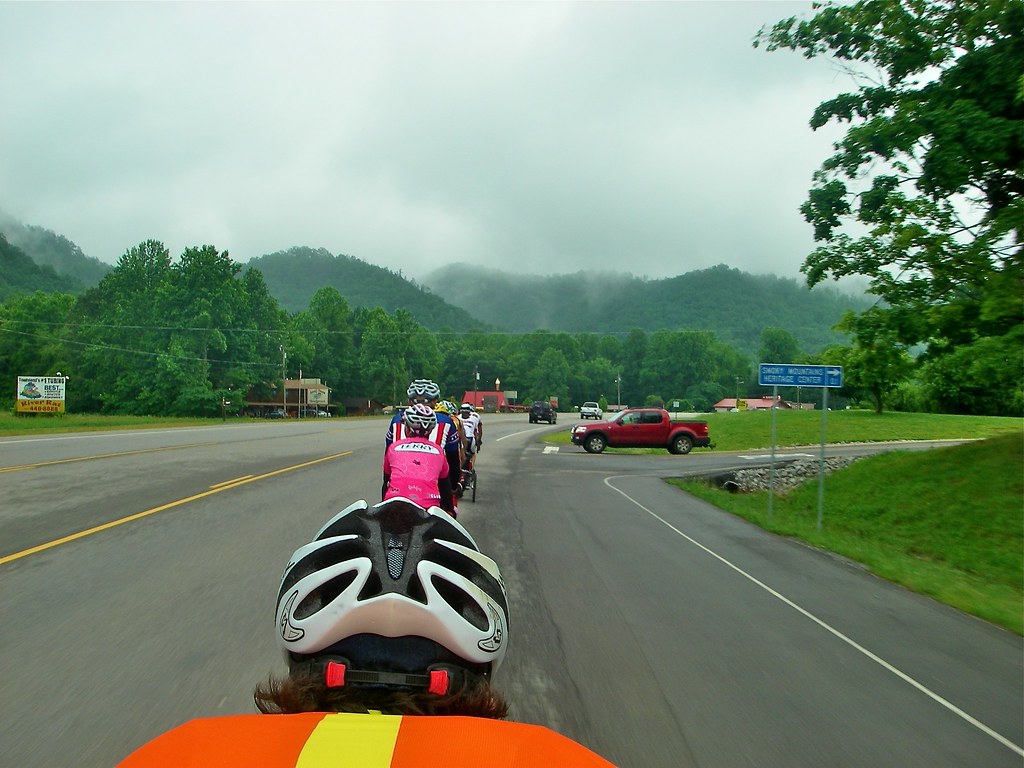 The first ride we did was the rally classic, 37-mile School House Gap ride into the Great Smoky Mountains National Park. We rode an abridged version that missed the gnarly climb that is School House gap but were rewarded with a leisurely & social route and spectacular scenery. Not to mention, we narrowly missed the rain! The evening ended with cake and beer and many introductions. 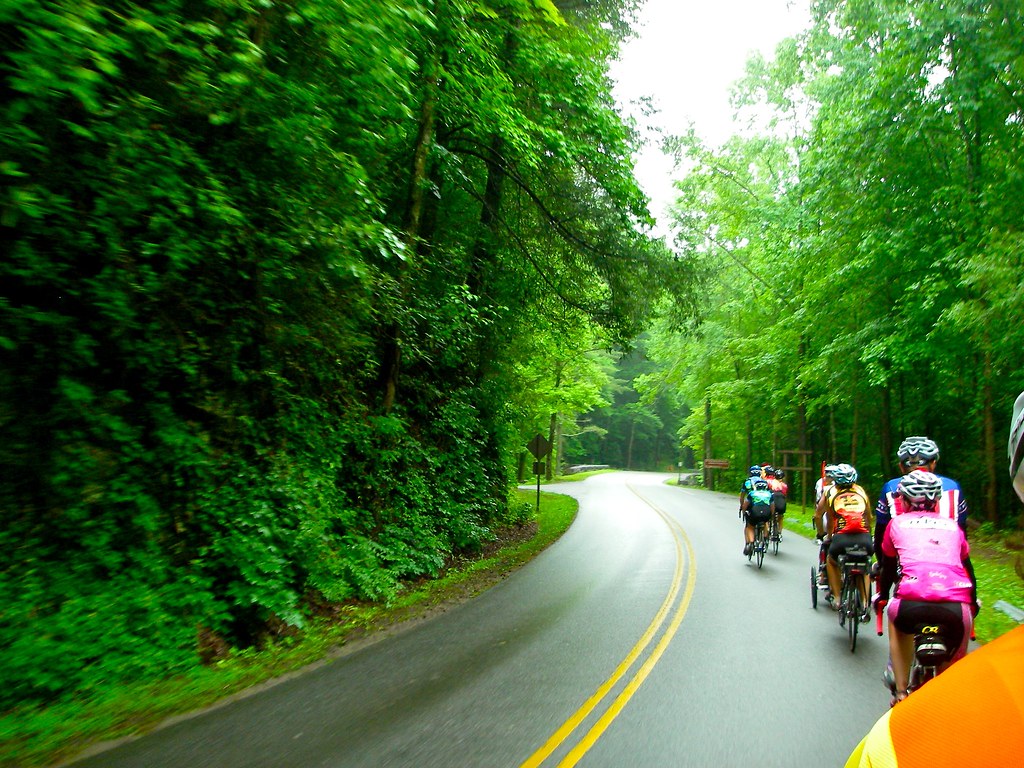 On Saturday we woke up early for the 55-mile journey to Sevier County and the Mountain communities of Dupont and Dripping Springs and returned to Maryville for lunch. Tim said this root highlighted some of the best rural foothills riding in the state of Tennessee. We agree. 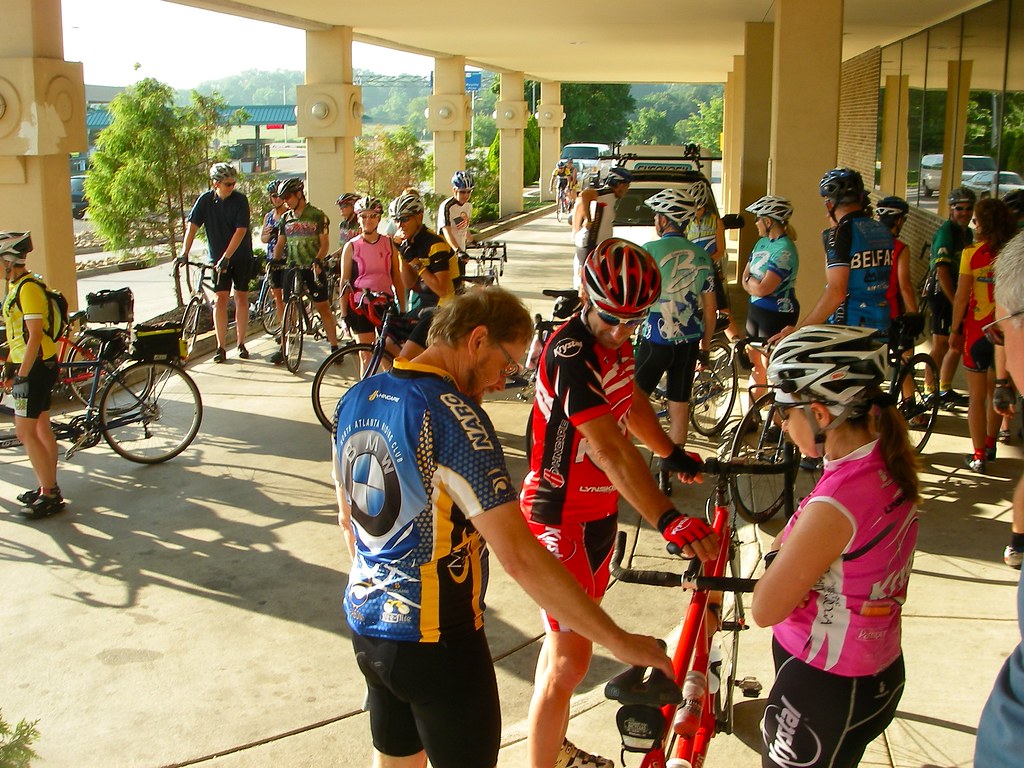 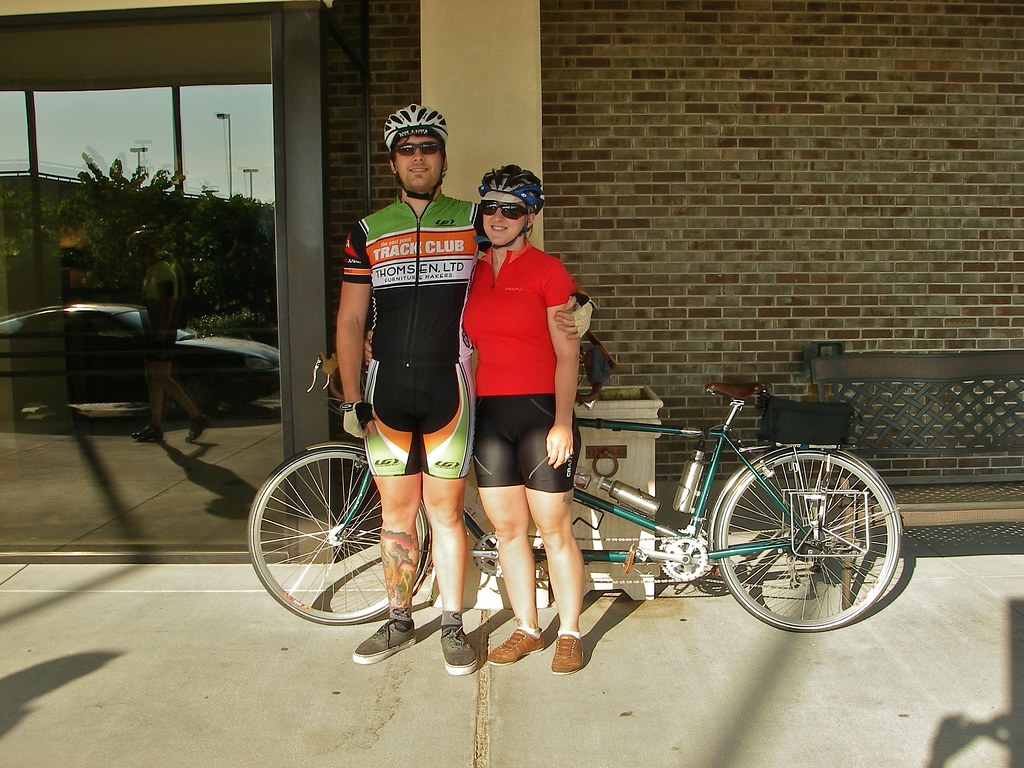 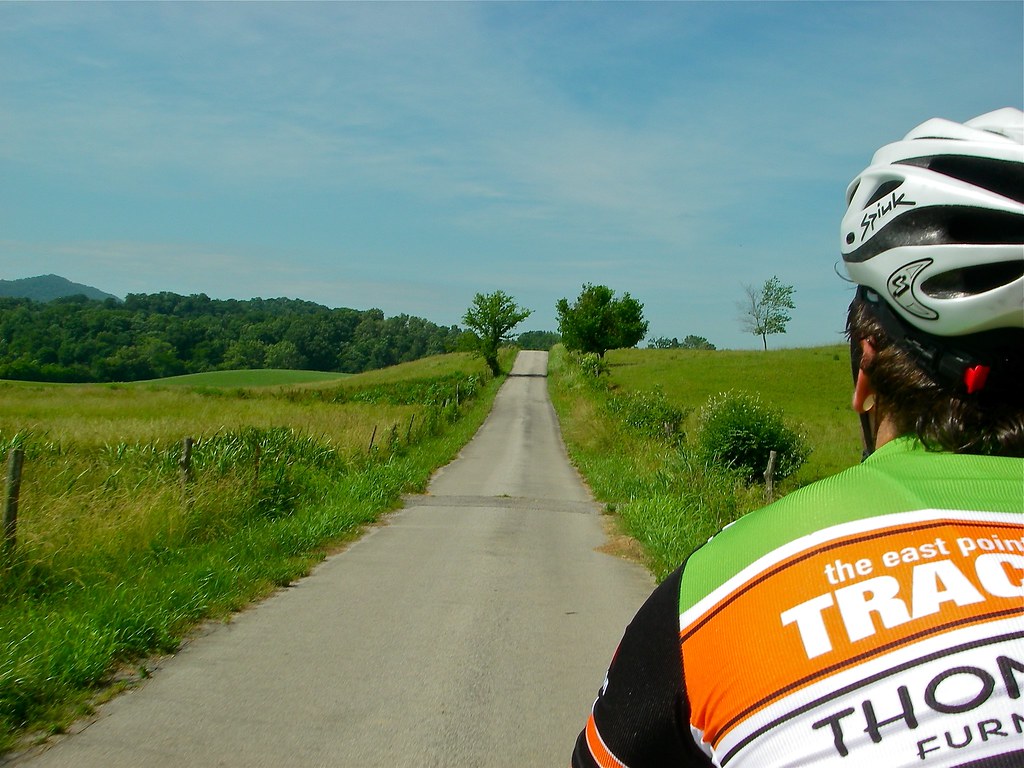 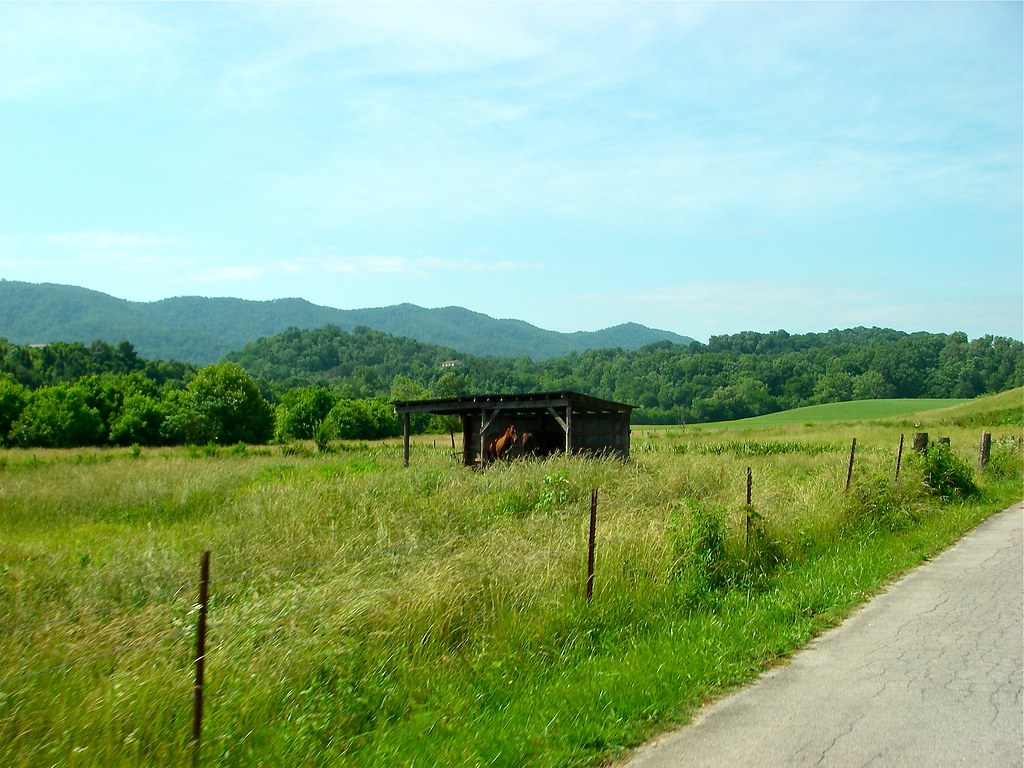 We had lunch Pearson’s Springs Pavilion on the Greenway trail in Maryville. There was tons of food, dual suspension 29’er MTB tandems and even live bluegrass!
Here are some of the bike highlights: 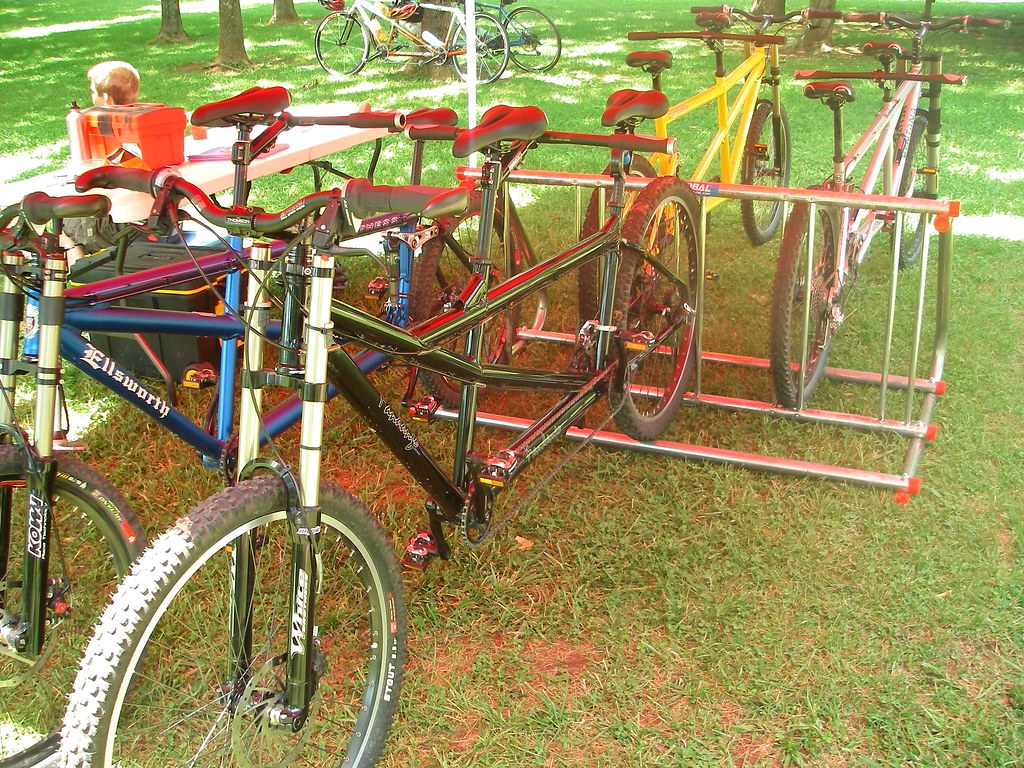 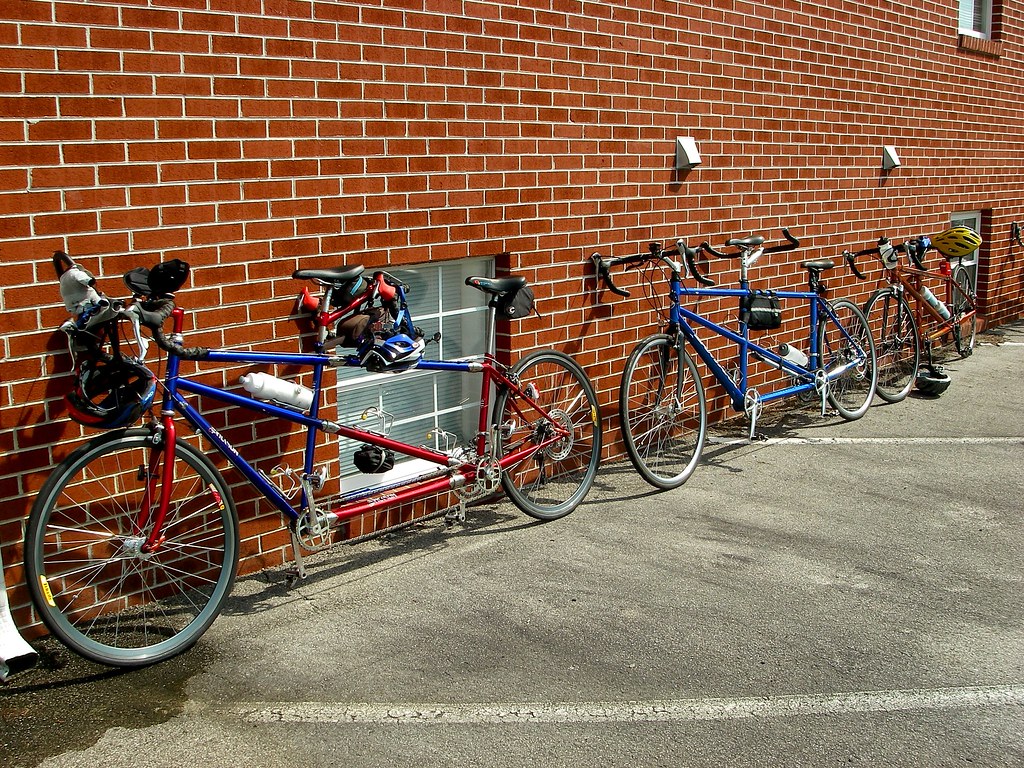 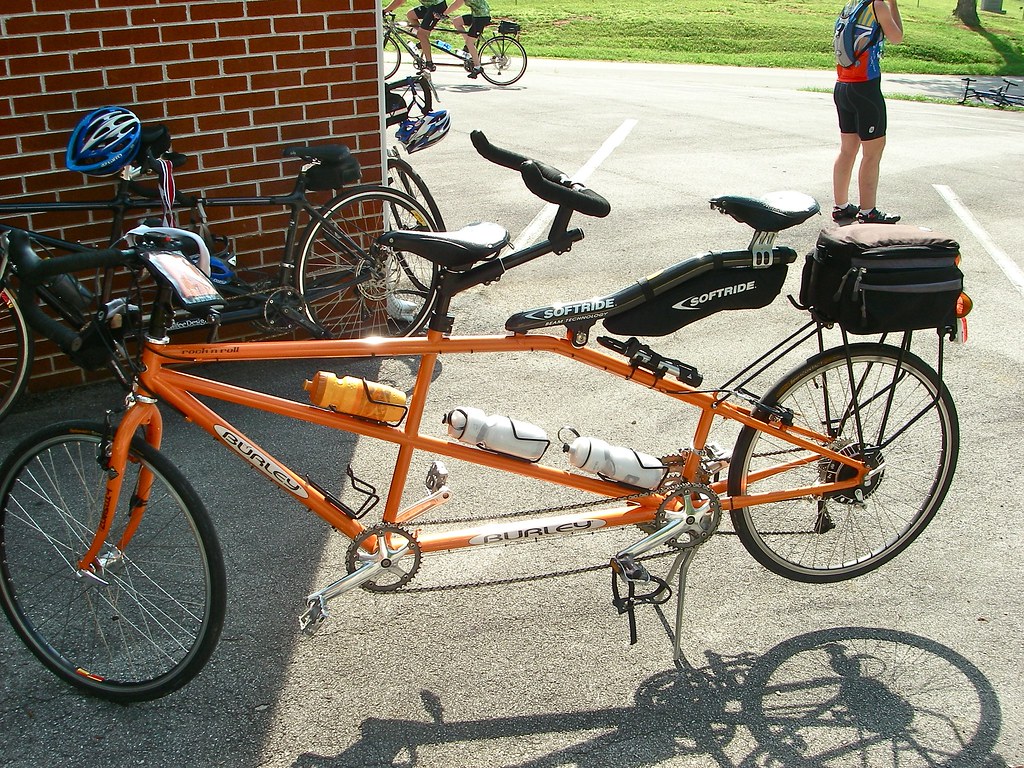 A Burley with both a softride and Brooks saddles! 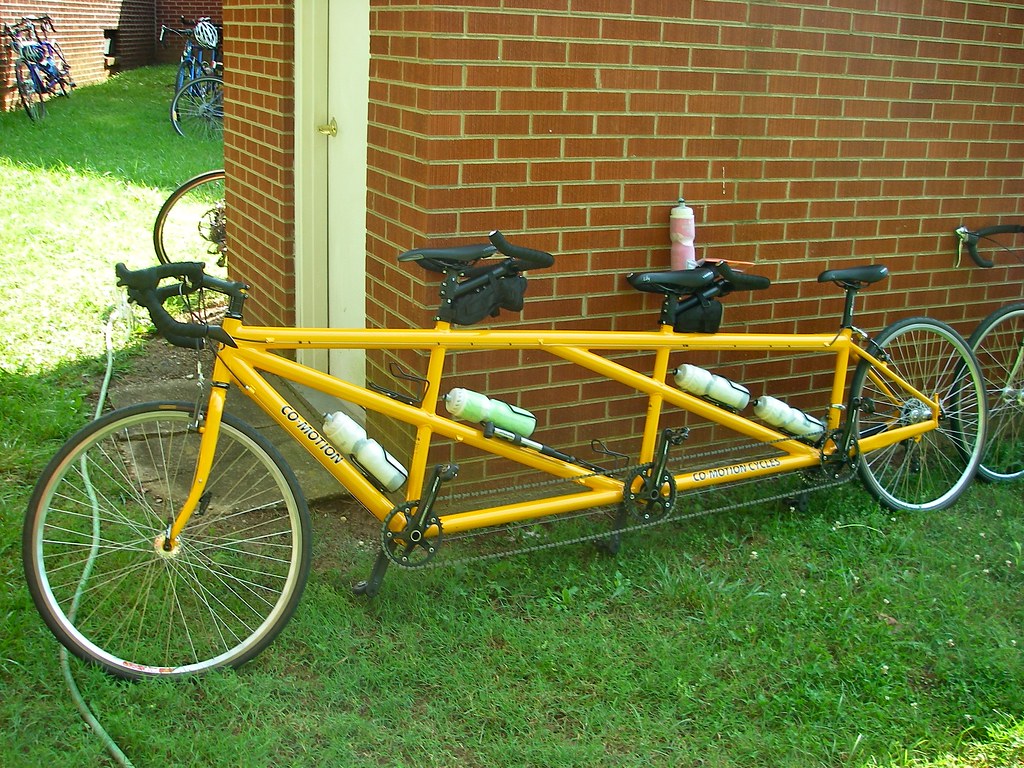 A Co-Motion triple. This beast would blaze up the climbs. SO STOUT! 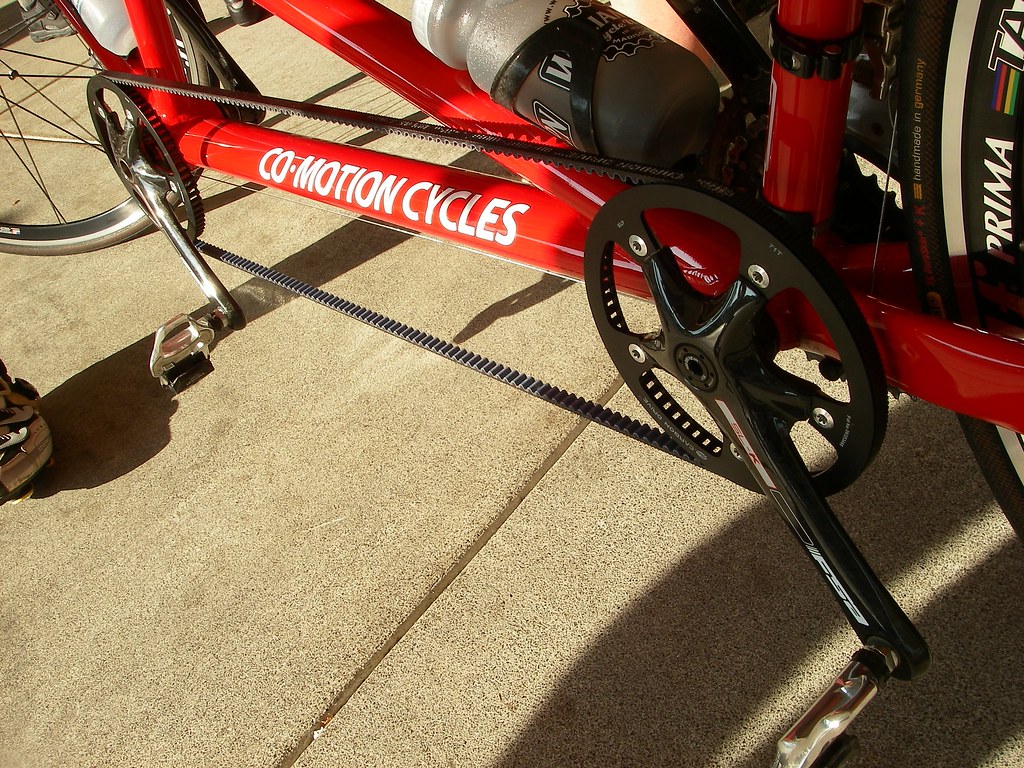 Another Co-Motion with a belt drive timing chain. 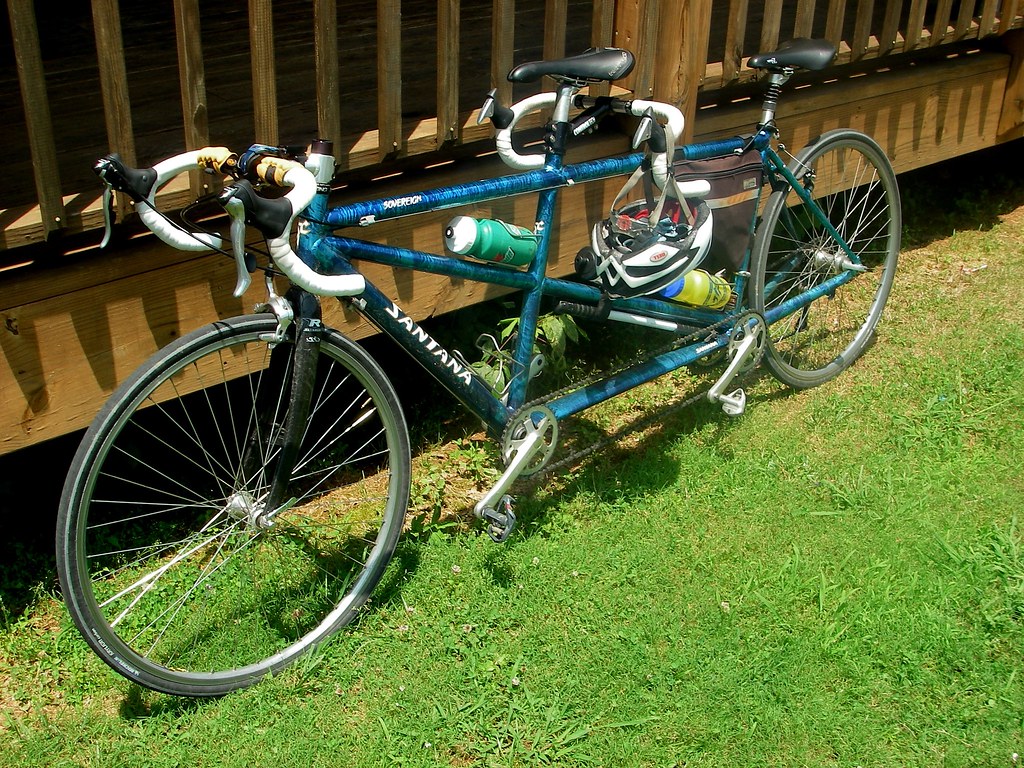 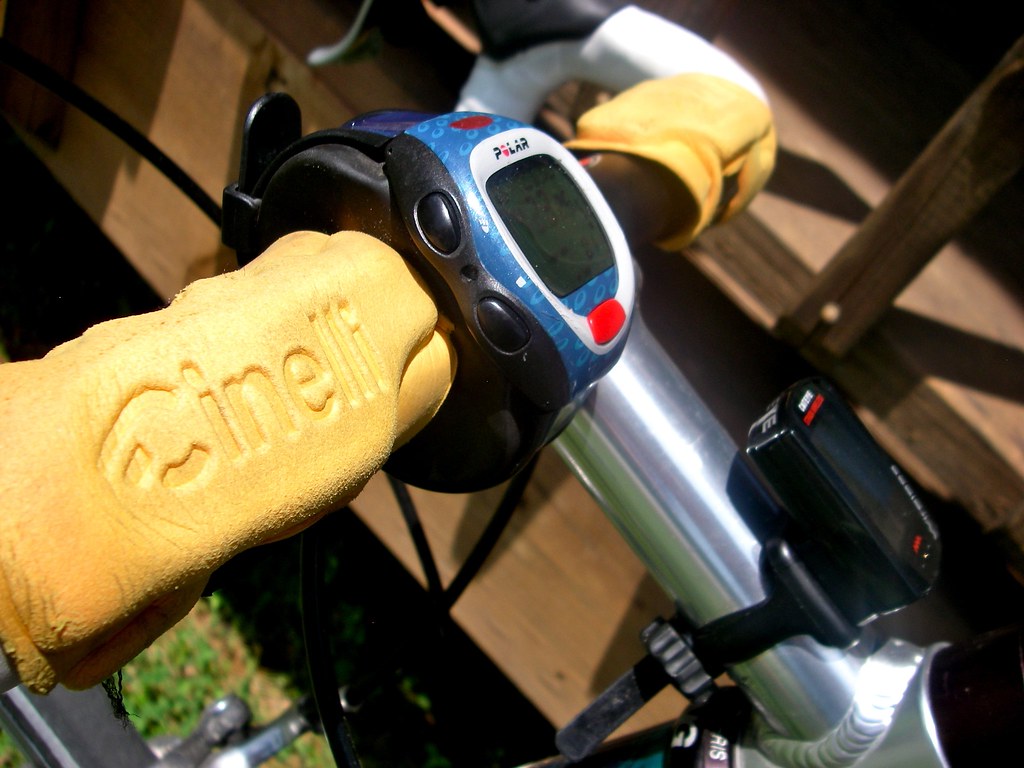 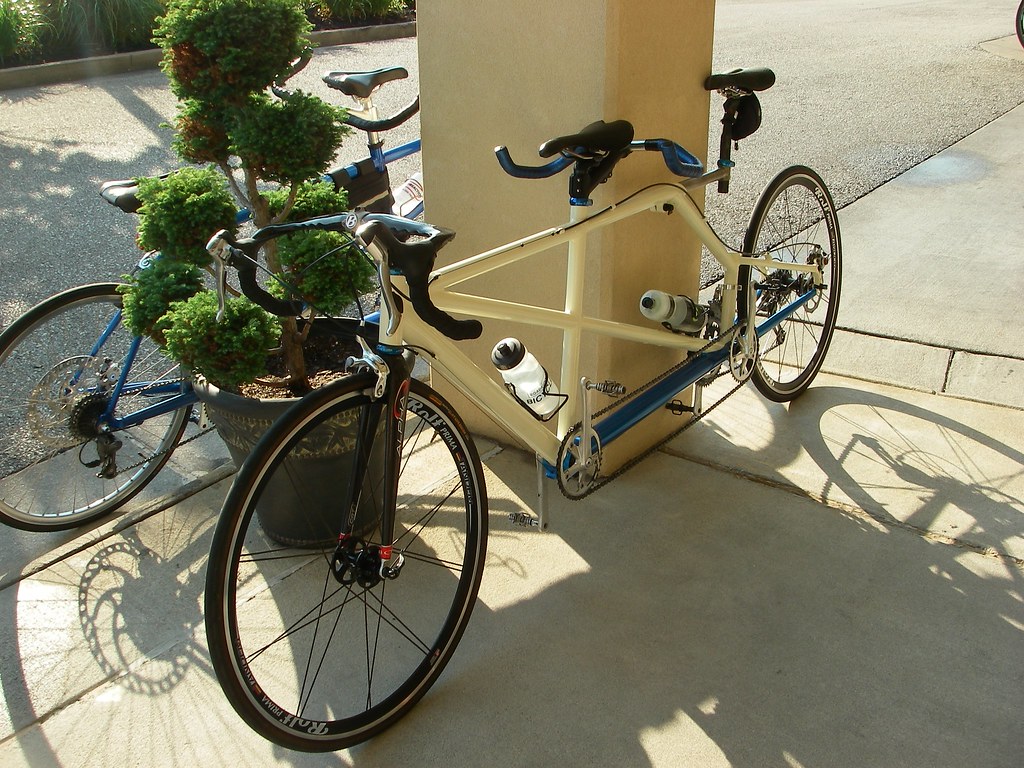 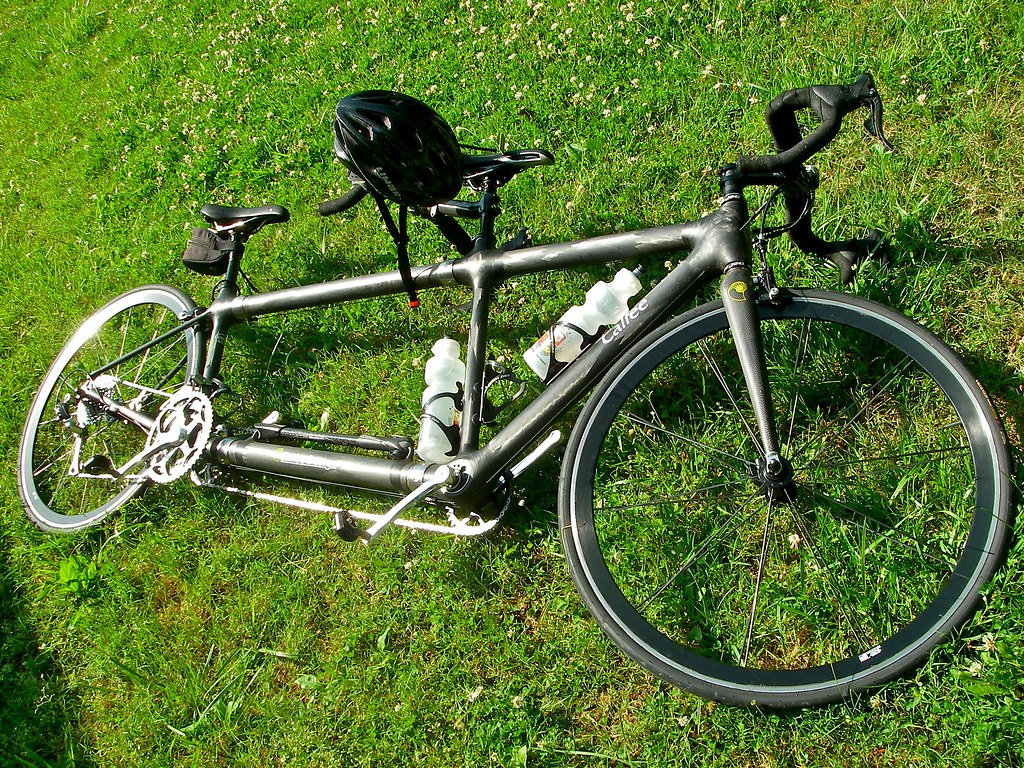 A Carbon Calfee Tandem! Damn this thing is nuts! …weighed about as much as our rear wheel. No shit.

And lastly, David, Christen & their daughter Audrey. They were riding a Litespeed TI tandem with Audrey in tow all weekend!
Mid ride refreshments were provided by… 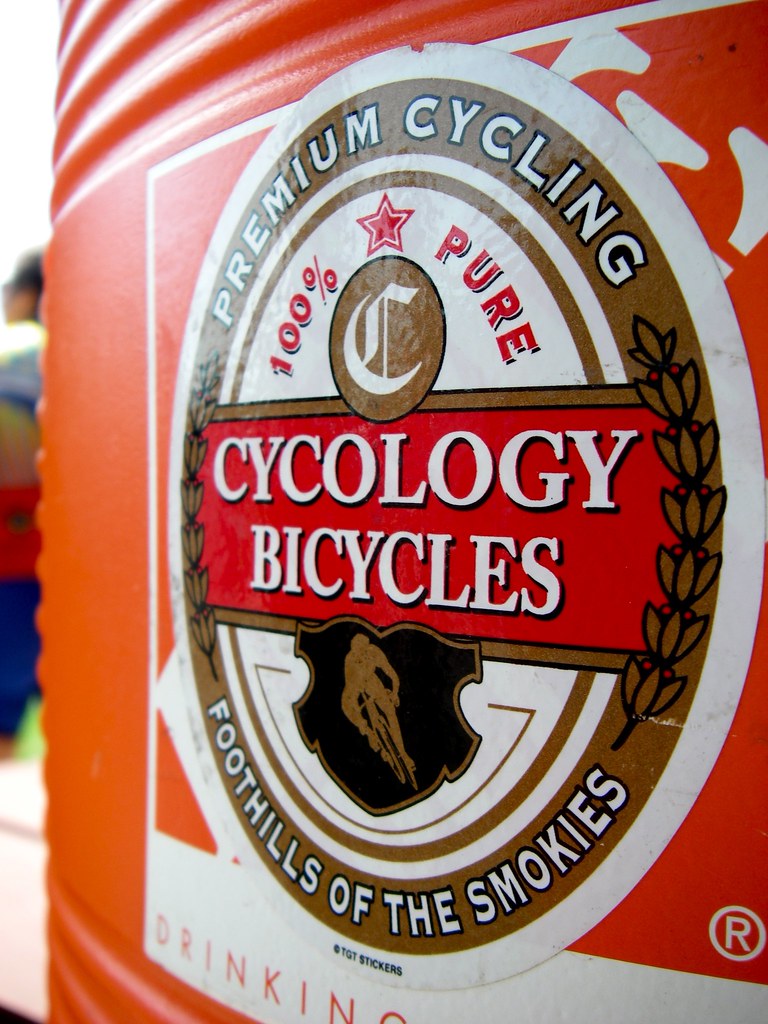 Cycology Bikes. It’s is a real rad shop. Stop by if you’re ever in the area!
We were treated to a scrumptious supper at Sullivan’s Restaurant in downtown Maryville.

Man that food was good!

On Sunday we chose the 37 mile tour of Friendsville and Louisville. It included the “Llama Loop” and Light Pink road named after the pink marble quarried there. 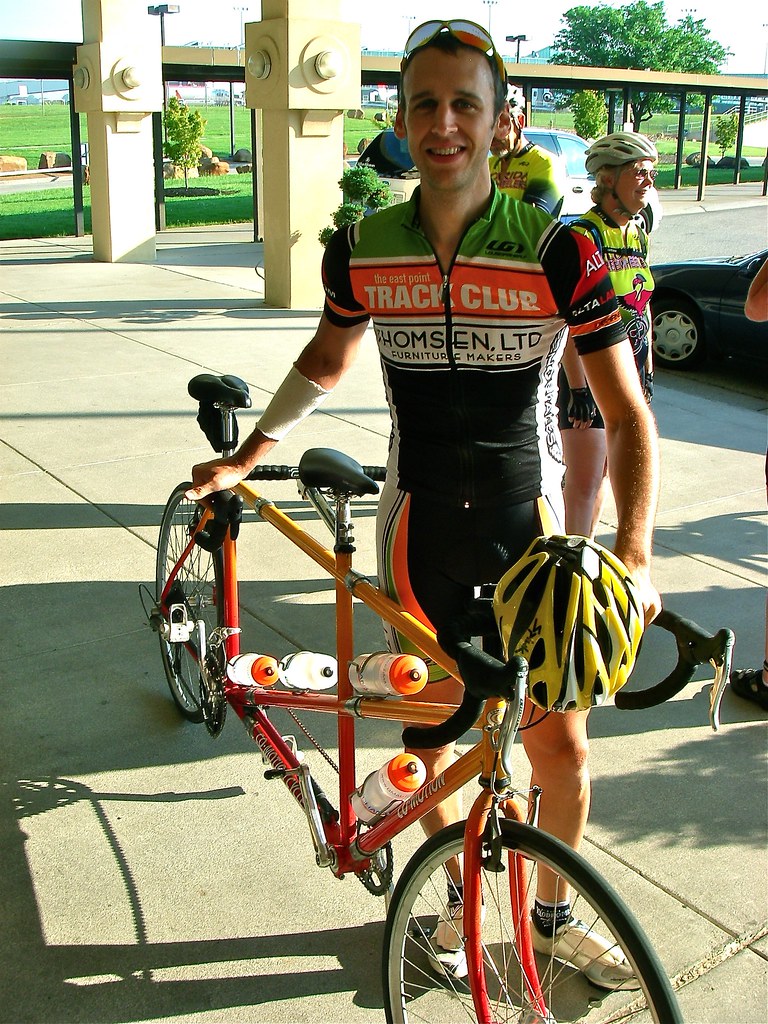 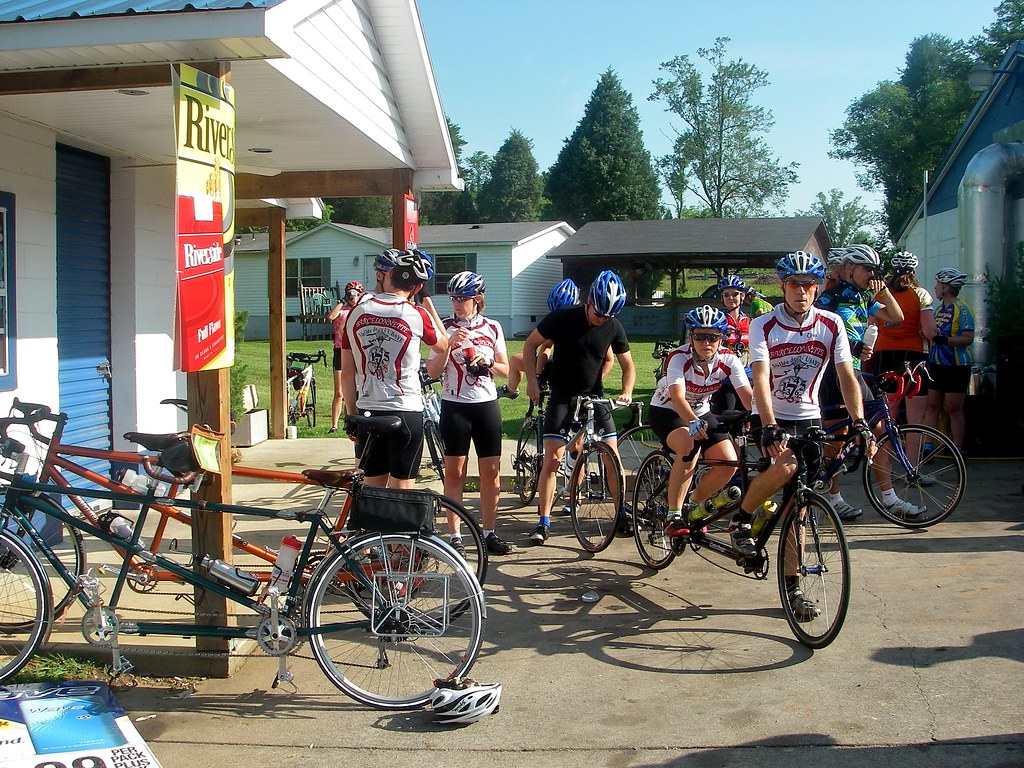 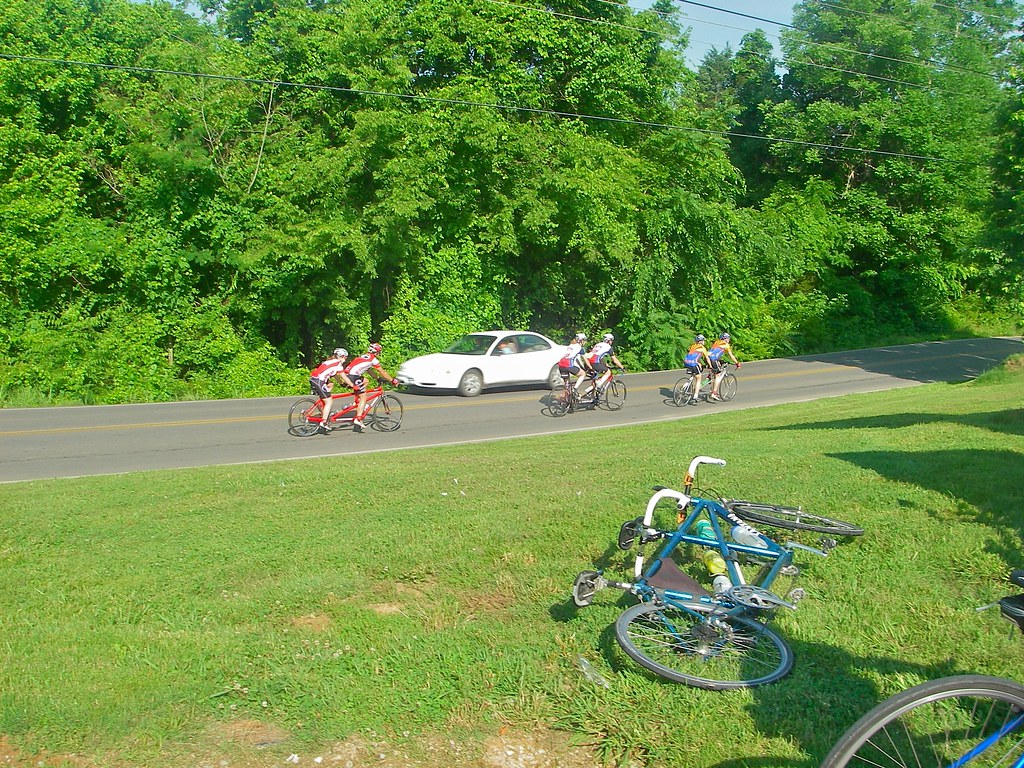 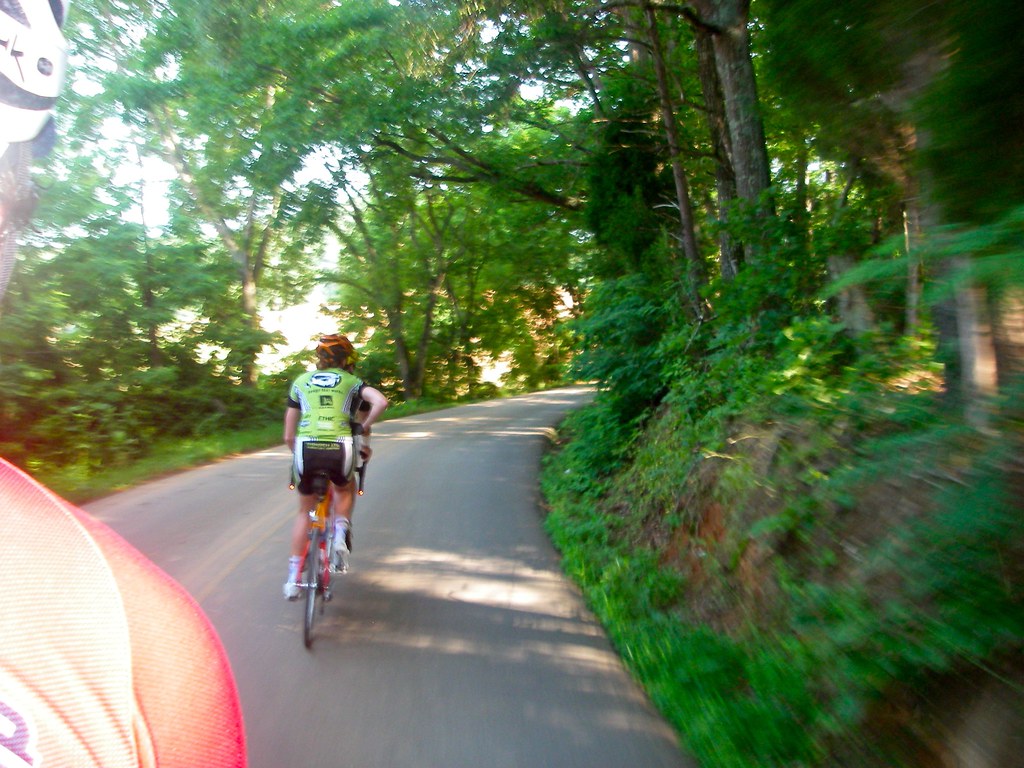 Stacey and I were the youngest tandem team there… 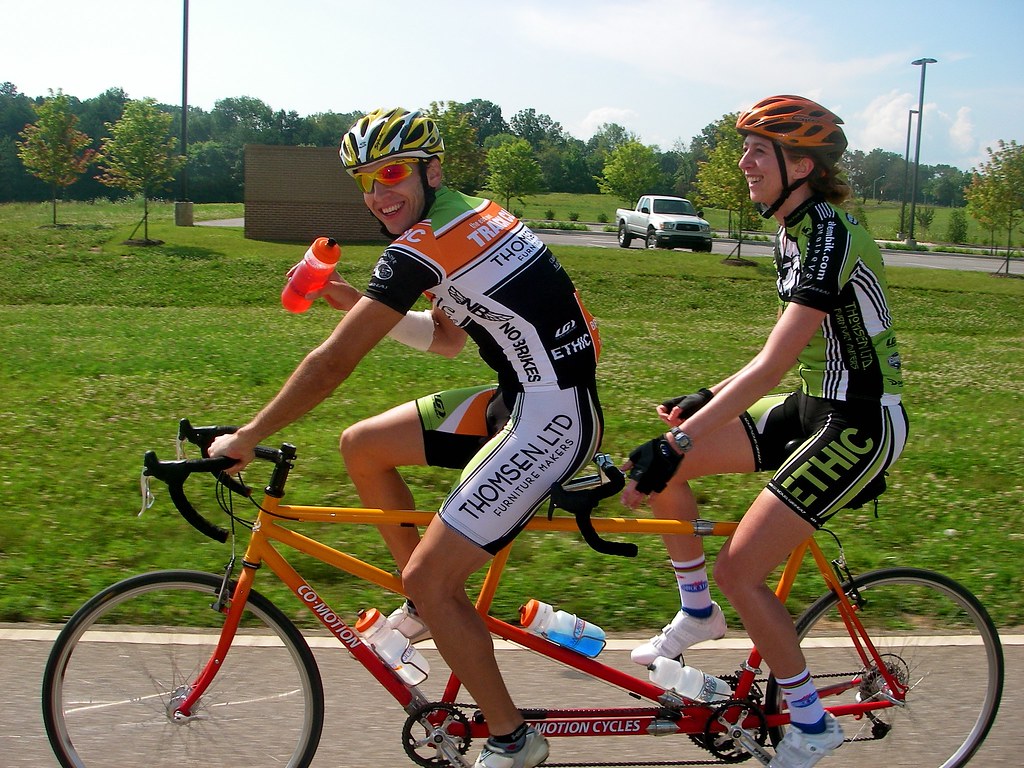 That was fine with us. There were over 100 riders there all with years upon years of experience and millions of miles traveled all around the world.
By far some of the most friendly and genuinely stoked on bikes and riding ’em group of people we have ever met.

Moral of the story: The 2009 Tennesse Tandem Rally was our first but certainly not our last tandem rally!

Thanks again Tim & Sharon and everyone else who made this event so awesome!

See everyone next year!

One thought on “The 7th Annual Tennessee Tandem Rally”