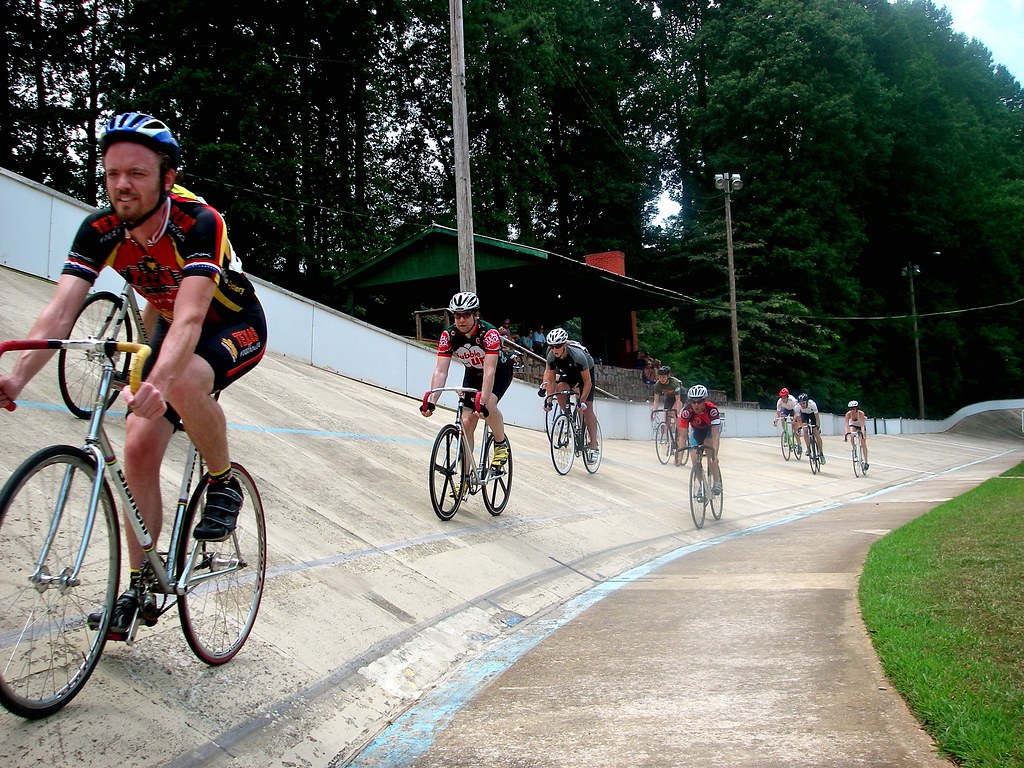 The weekend of July 10th through July12th will not soon be forgotten. It was EPIC. 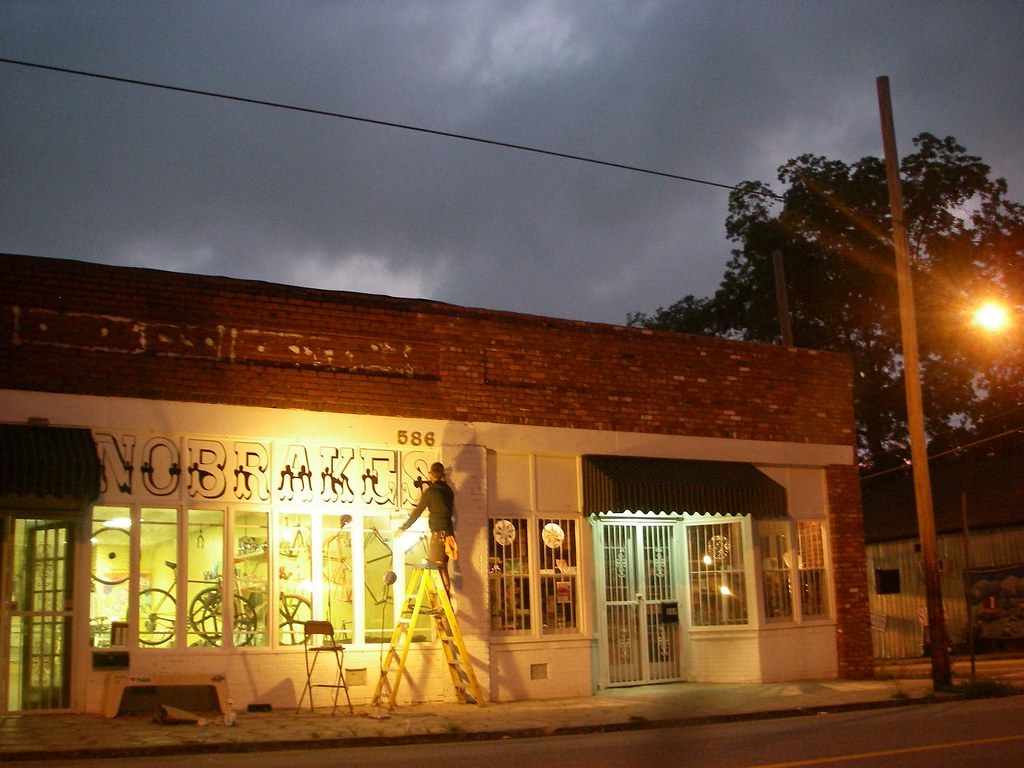 It began with the dawn pictured above as Justin and I wrapped an all night blast to complete the shop before opening.

The brilliant People of Resource were with us till at least 3 or 4 AM installing the custom frame display system devised exclusively for our new shop. More photos of the the process can be found here and here’s a stop motion video as featured on MASH SF’s Vimeo Channel. Also, our two buddies Chief Kyle and Sopo Kyle were there till nearly dawn as well. Skip, Justin and I would simply have not been able to pull this off without the late night build out sessions made possible by the hard work donated by friends of the shop over the past month! For instance, 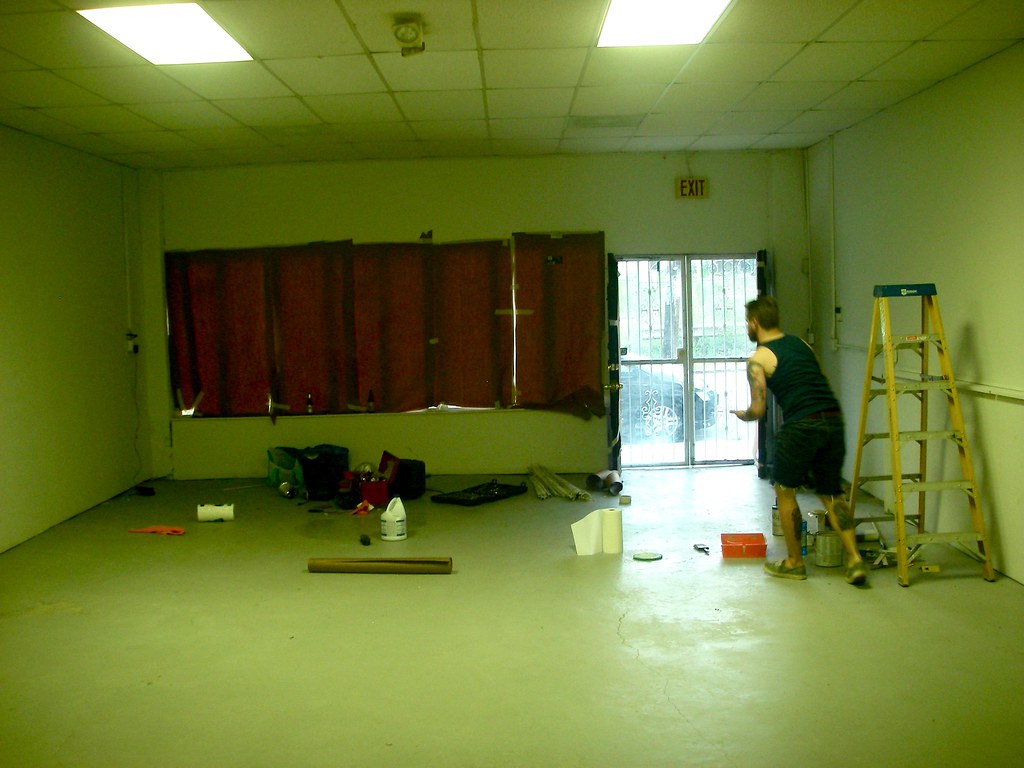 More Photos of the build out process can be found here. 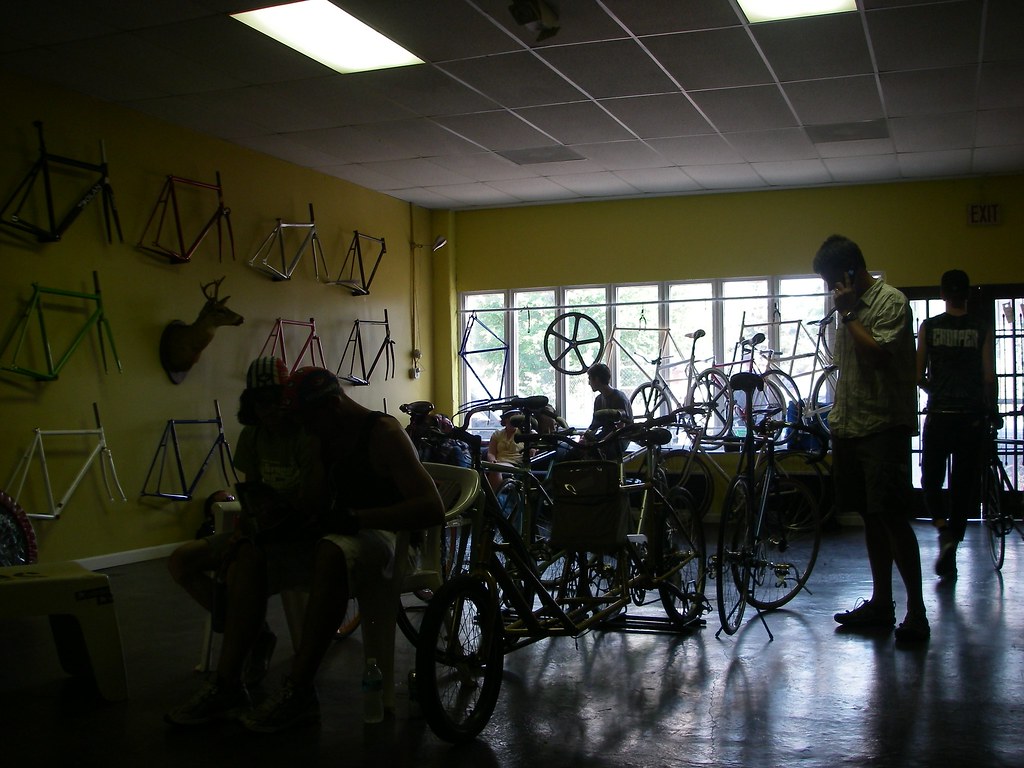 Well, as the sun continued to climb in the sky we scrambled to get our last minute shit straight. 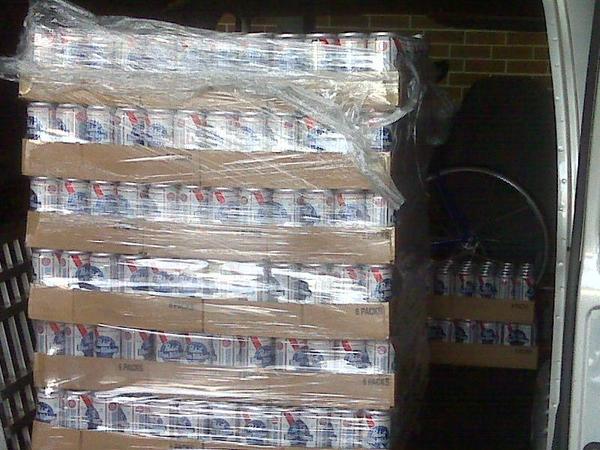 We had a few things on our checklist to pick up and the pallet of Pabst pictured above was certainly a priority! Thank you again PBR! 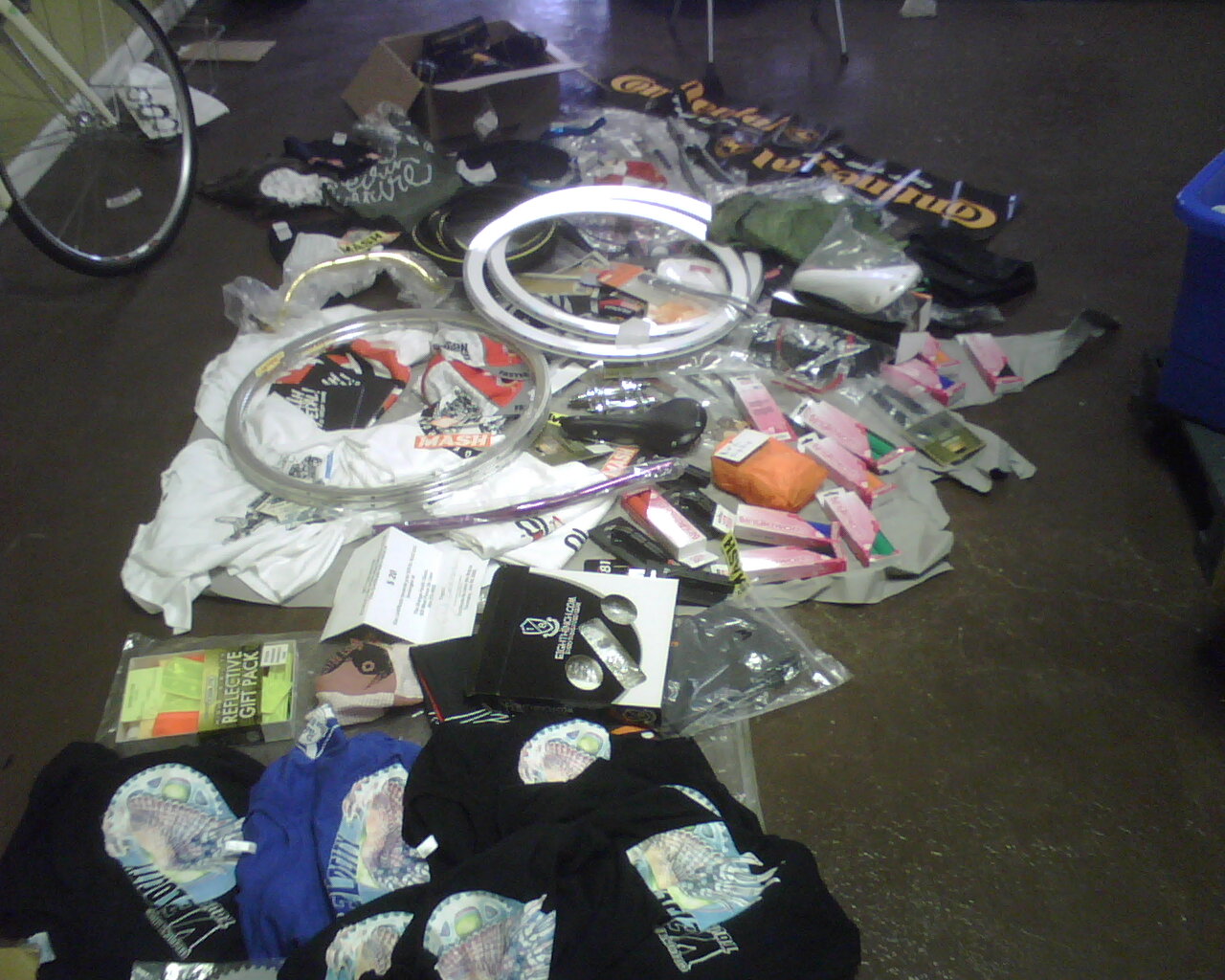 We rounded up the last few prizes from our exceedingly generous sponsors. Thank you again!

And, before we knew it it was 1:00 and our doors officially opened for business in our new location.

Six hours flew by and more and more people piled in and at 7 the racers were instructed to head out back. 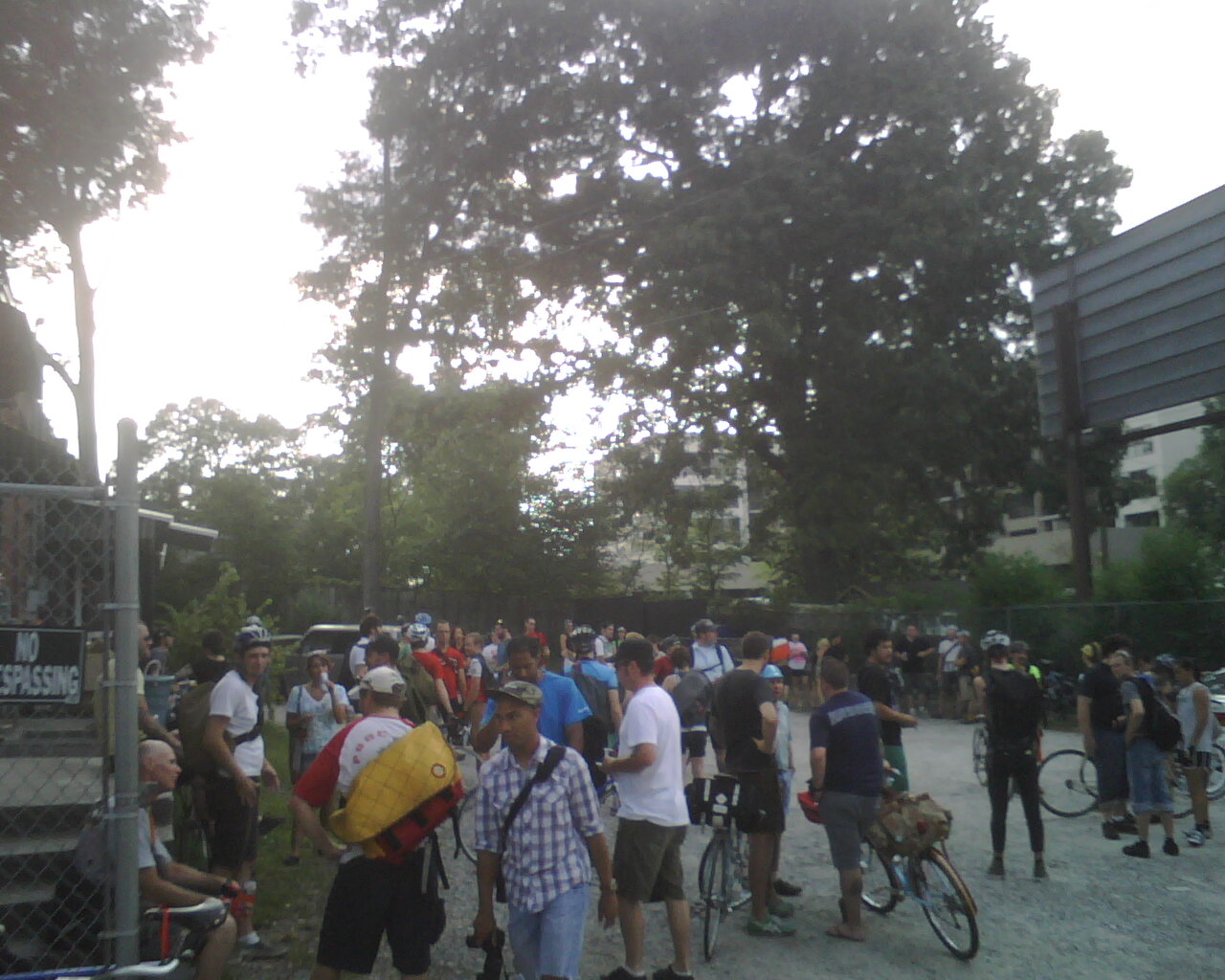 Everyone locked up across the lot and Skip offered some sage advice for clenching victory. 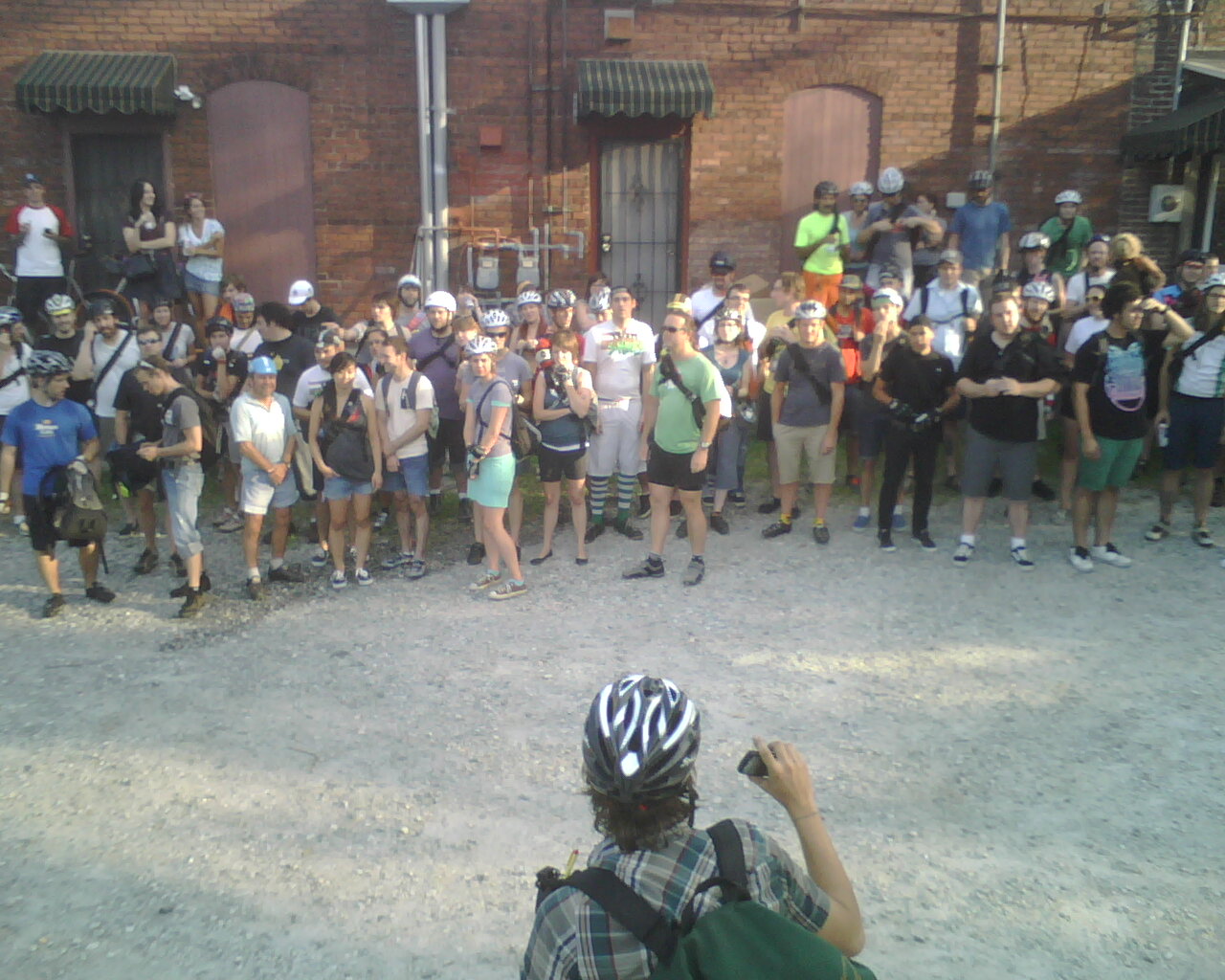 Without much warning nor adieu, Skip commenced the race and the race was on!

The start was caught on video by our buddy Matt. Check it out here! 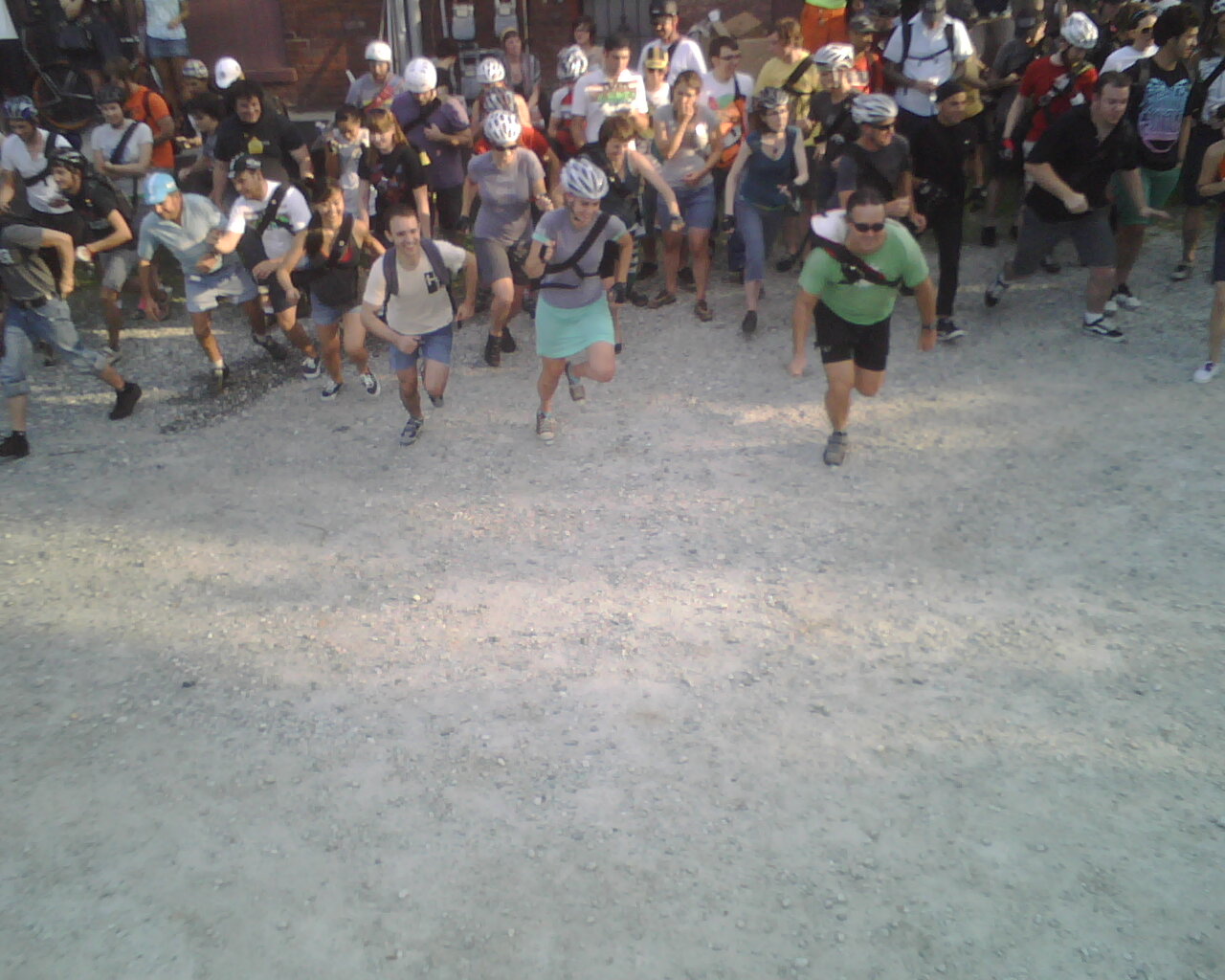 Skip has already penned a punctually published break down of the race results and  several photos of the afterparty at Graveyard and Old Shop checkpoint shots, courtesy our friend Geoff, are on our Flickr.

Some Random highlights of the night are featured below….

Thank you again everyone for making our 2nd anniversary so huge! 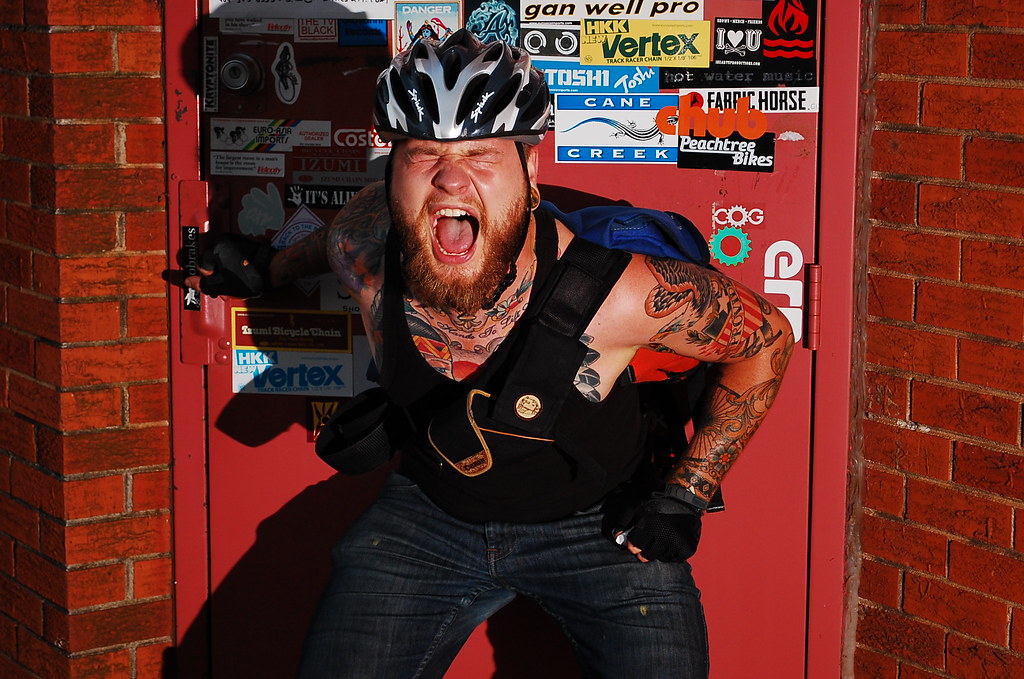 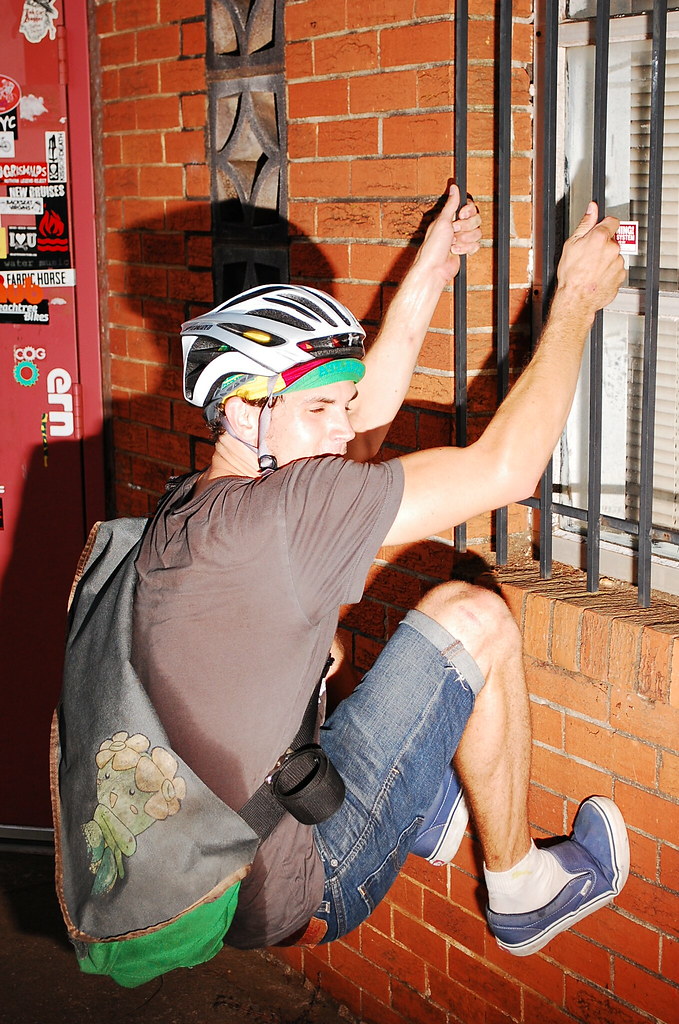 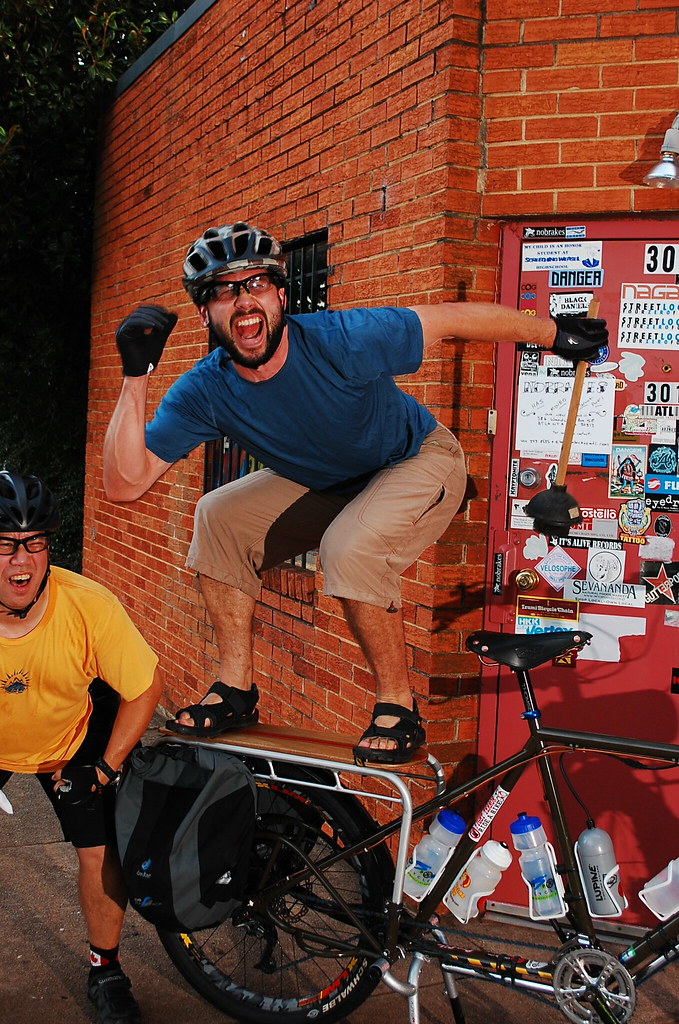 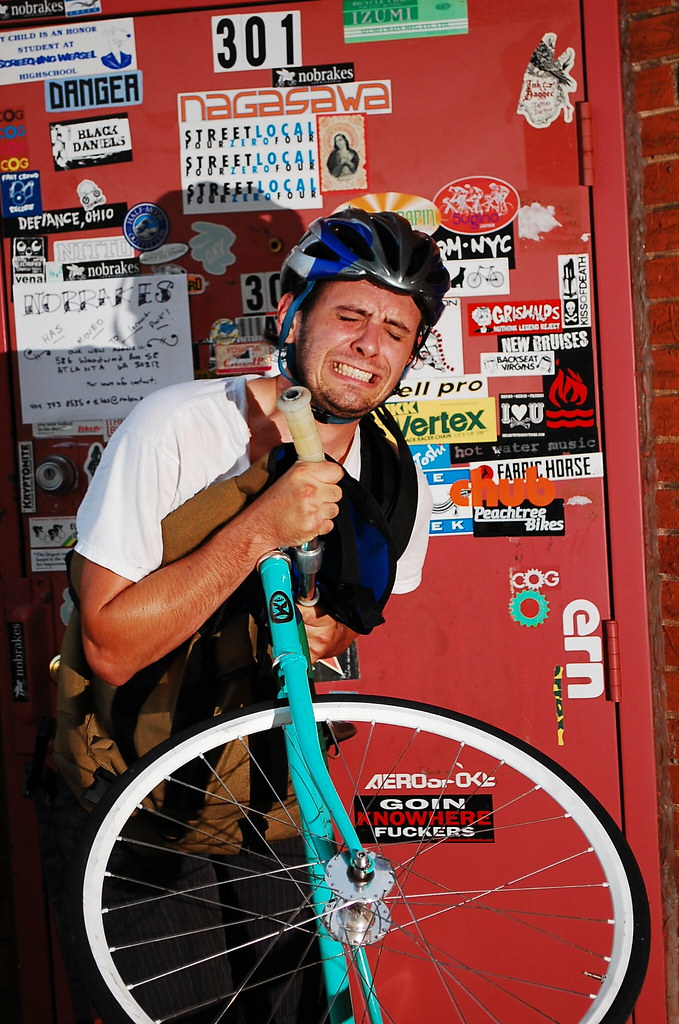 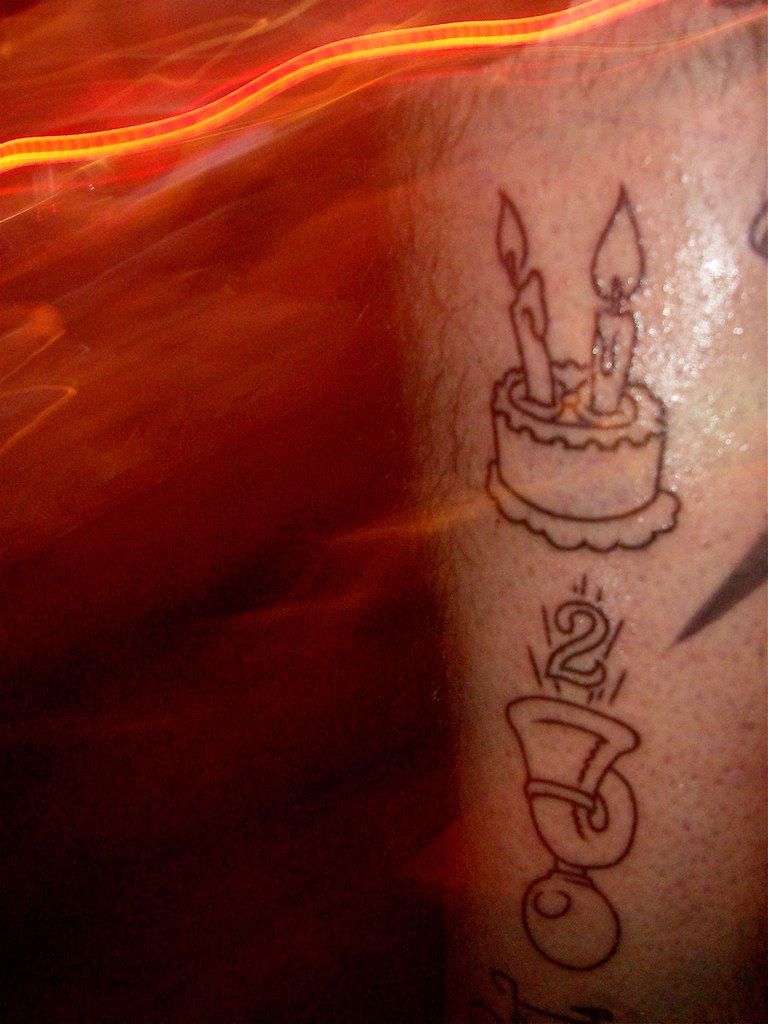 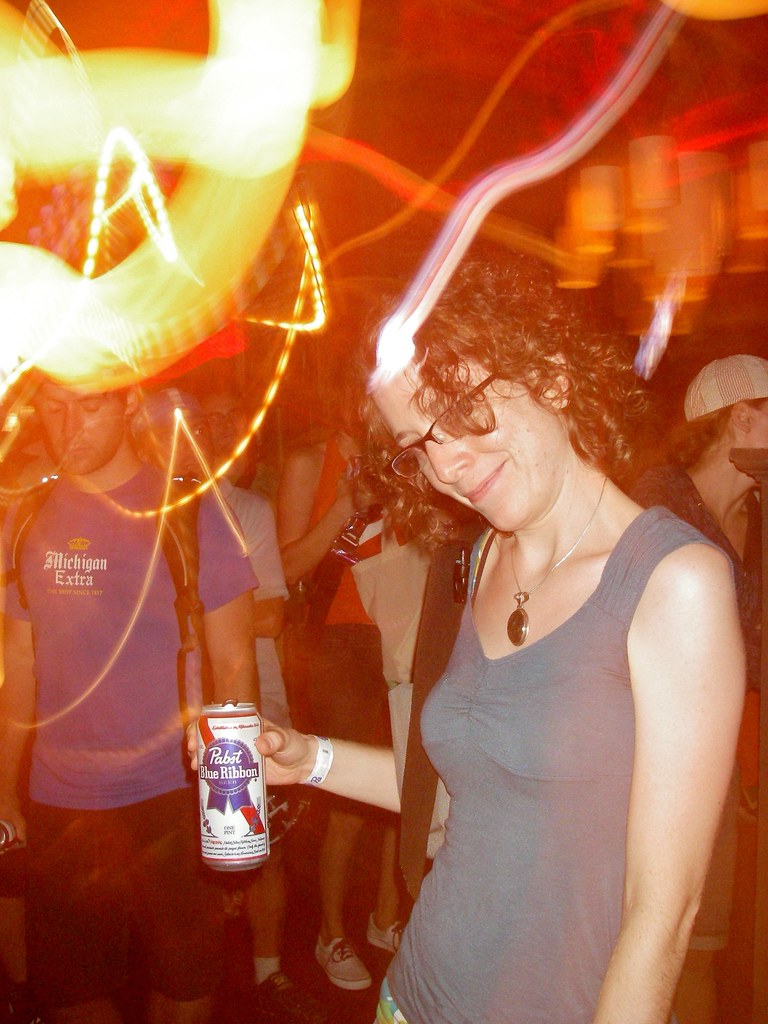 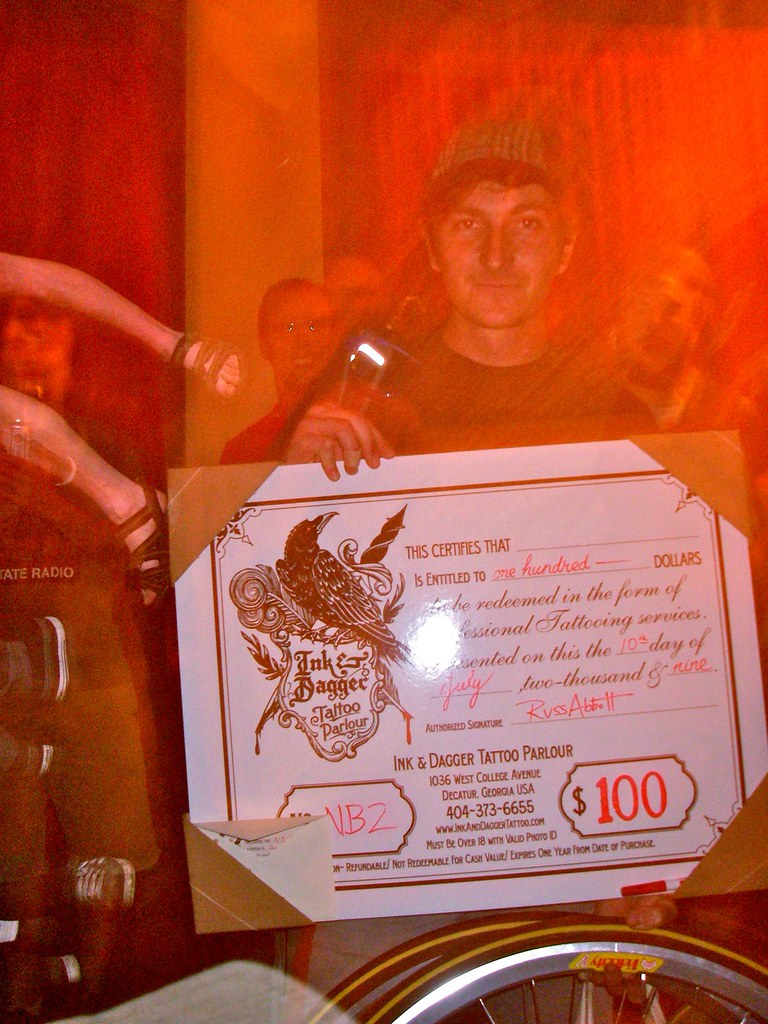 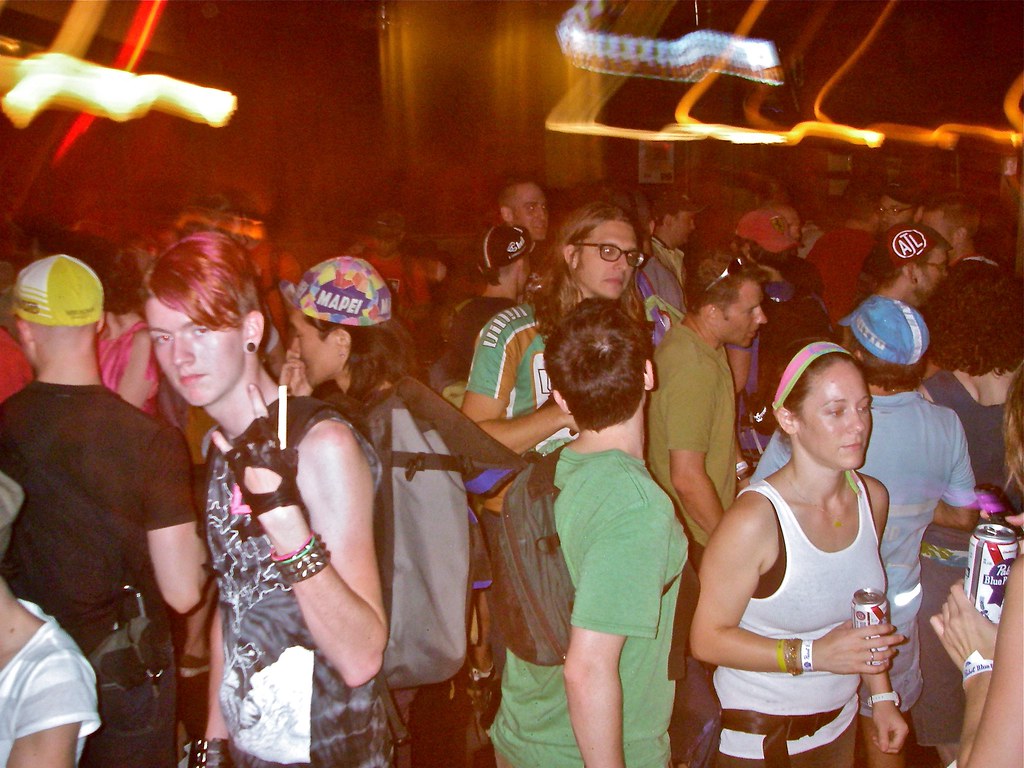 Those, including me, who rolled real deep Friday had only some shut eye and some breakfast to cushion the brutal truth that the season’s 2nd Pro Race Series event was looming. Hosted by fellow LBS, Outback Bikes, The Wheelrace was the featured event and every sprinter was gunning for glory. Once again, that included me…

The races that day were nail biting velodrome drama bar none.

The scheduled events ushered in array of savvy strategies, unexpected upsets and at the line clinchers, such as the at the line battle below courtesy of Carleton Hall (…Pete got me!)

The B field was ravaged by not one but two brutal crashes claiming skin, steel, aluminum and carbon alike.

My rival, Jason ‘Jailbreak’ Jones was injured in crash #1 and his aspiration for the podium was dashed. But, he and I will face off once again on September 19th for the Thomsen LTD presents The Madison, the third and final Pro Race Event of the season!

The carnage was indeed damaging but all riders walked away with wounds that would heal quickly and bikes that would live to see more races.

Our friend Bennet van der Genugten, pictured above courtesy Chris Kelly, earned second overall in the A’s!  Bennet shares our adoration for metal and built his steed at the shop .  Thanks for the nod man!

As always the Bicycle Little League races blew everyone away. These kids have got heart and stamina like you wish you did!

The full results can be found here. Lastly, some sweet footage from the day’s events can be viewed on the Dick Lane website here . For even more great photography check out photos by Chris Kelly  , Travass216, InsideThePerimeter, Birdpony, [¯Ô¯] – Andy C & Jeff Blau.

The Sunday after the Festival served as the perfect date for our first VeloCity event!  We had some serious contenders attend but alas, no Atlanta courier stepped to the plate for tickets to NYC for the finals!  Maybe next year?  Featured below are some highlights from the fierce racing from those who’ll next compete in perhaps their first Pro Race Series come September? 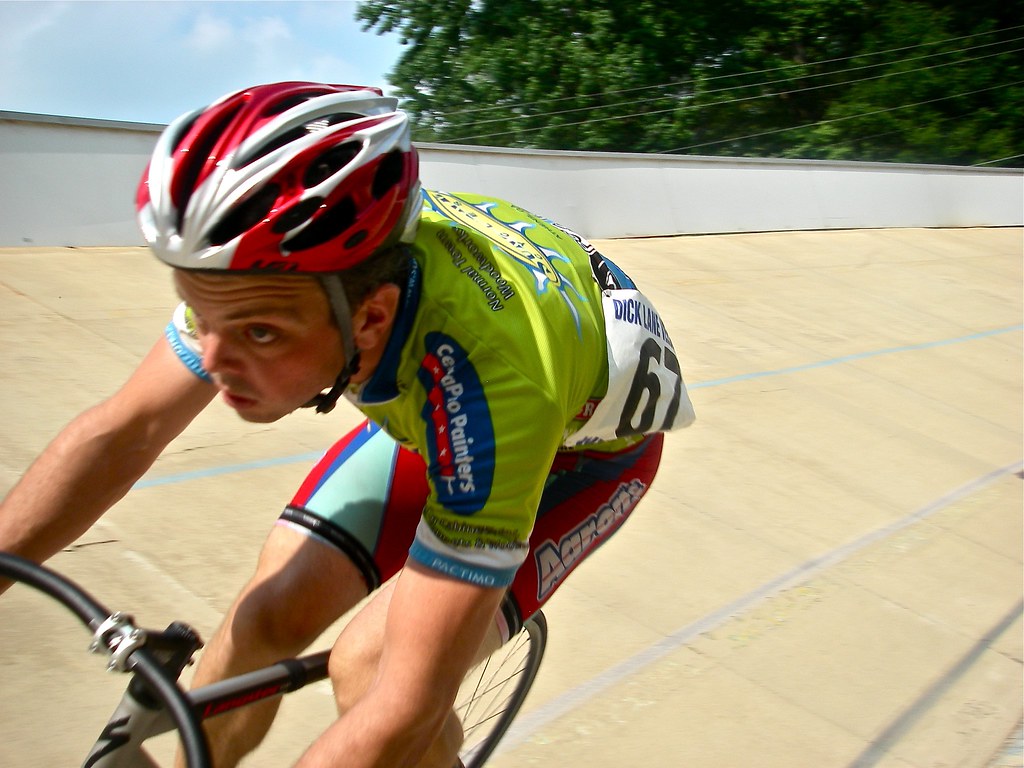 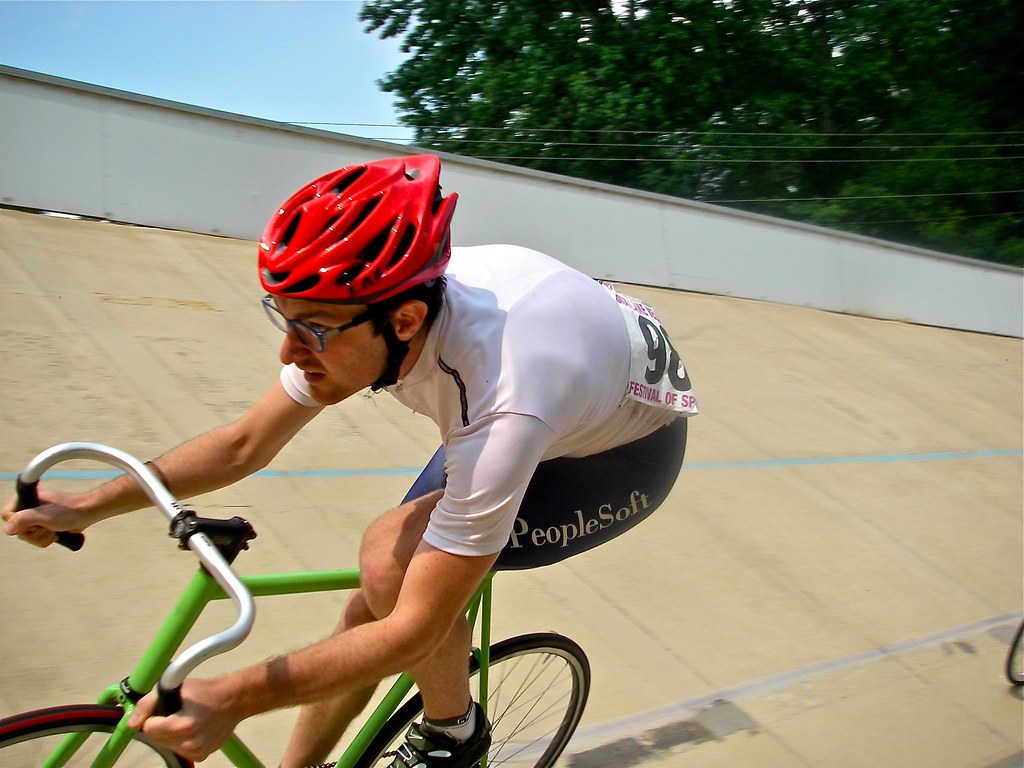 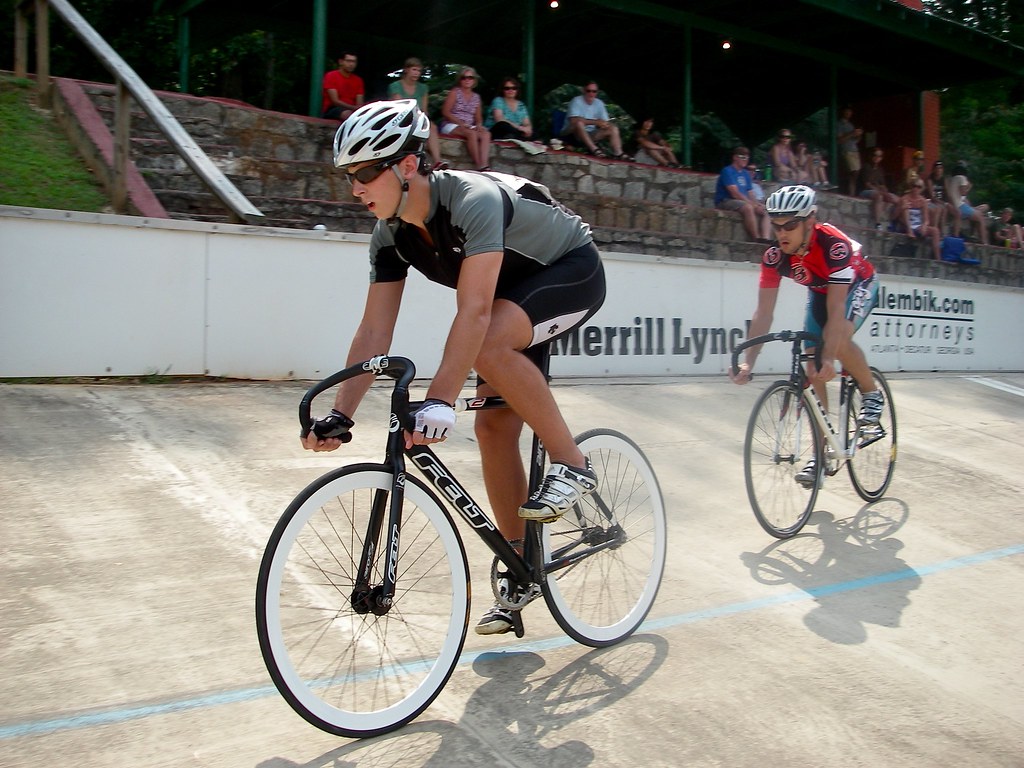 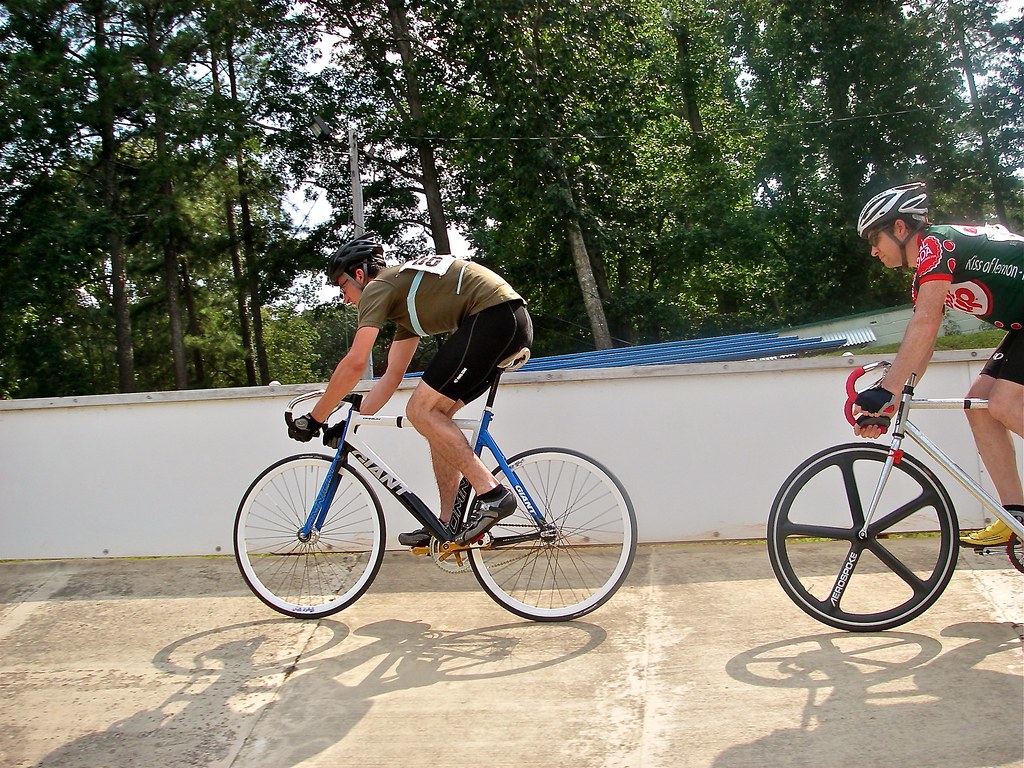 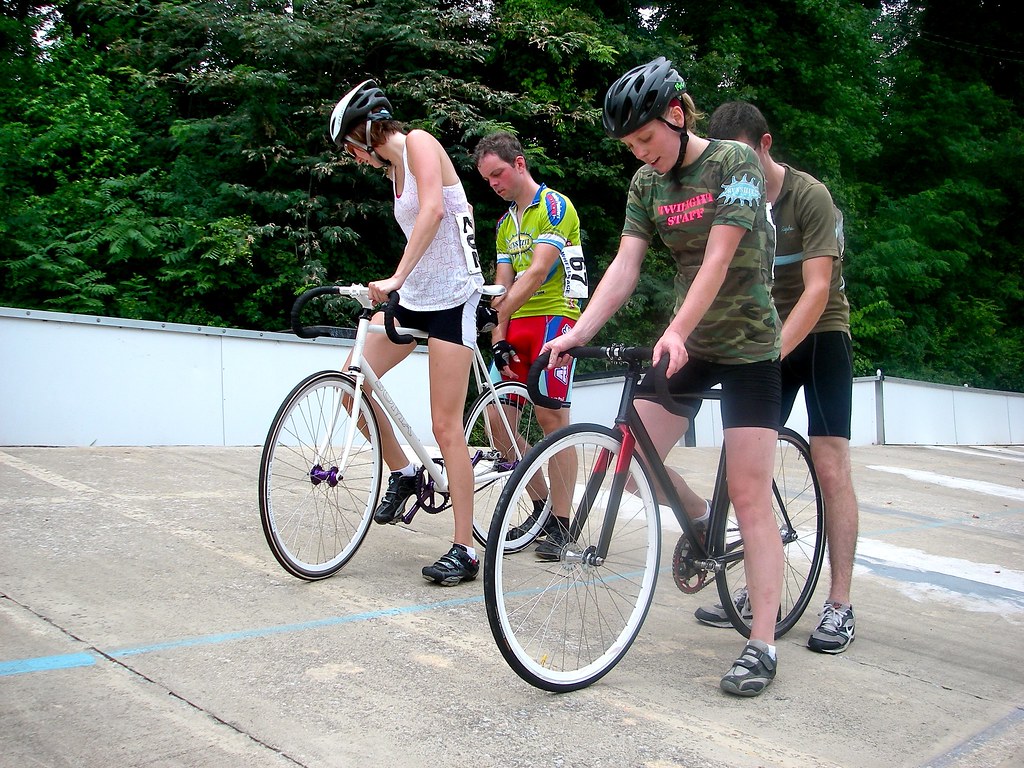 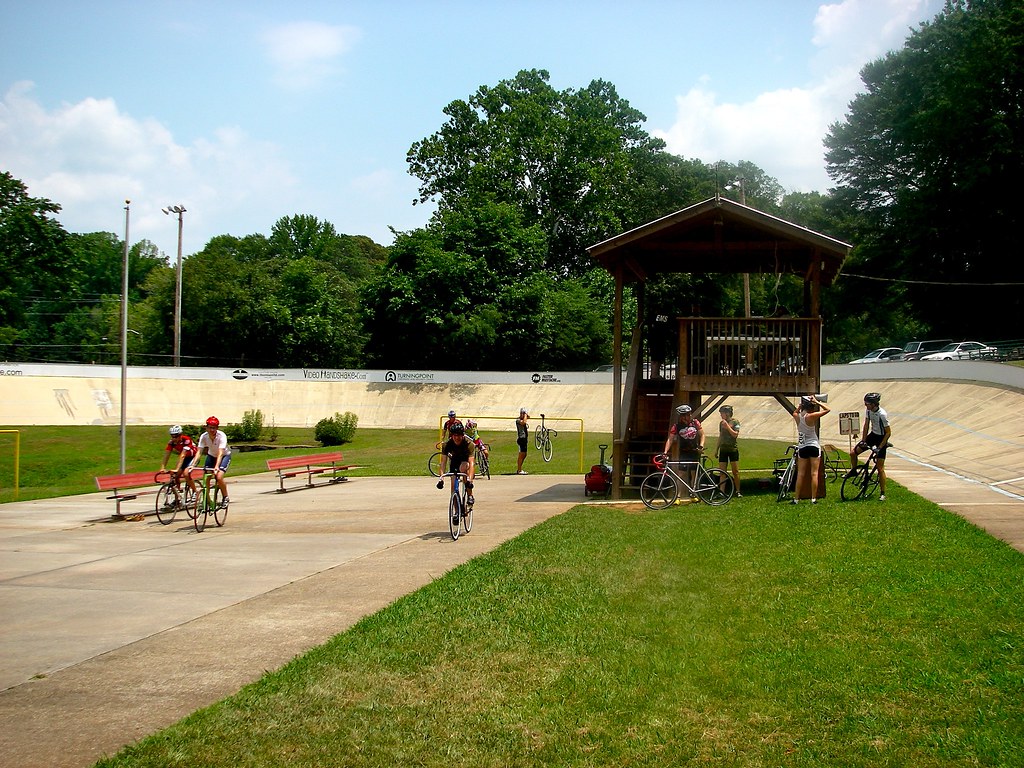 Pictured below is both the Men’s and Women’s podium: 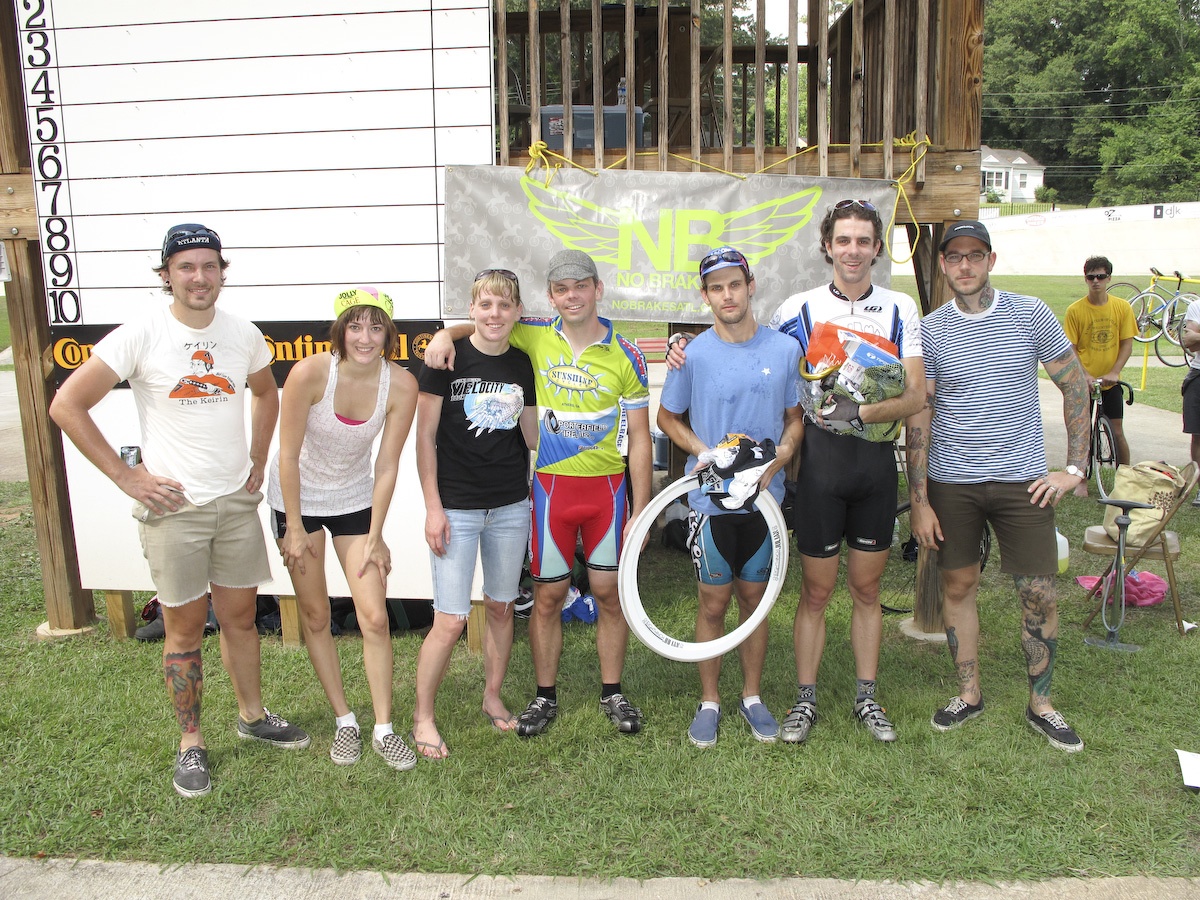 • Pete & Jeff for pretty much running the show!
• Maggie and Katie of www.CakeHag.com
• All of our sponsors.
• CYCLEHAWK for organizing the tour
• and, of course, the racers who came out and competed! 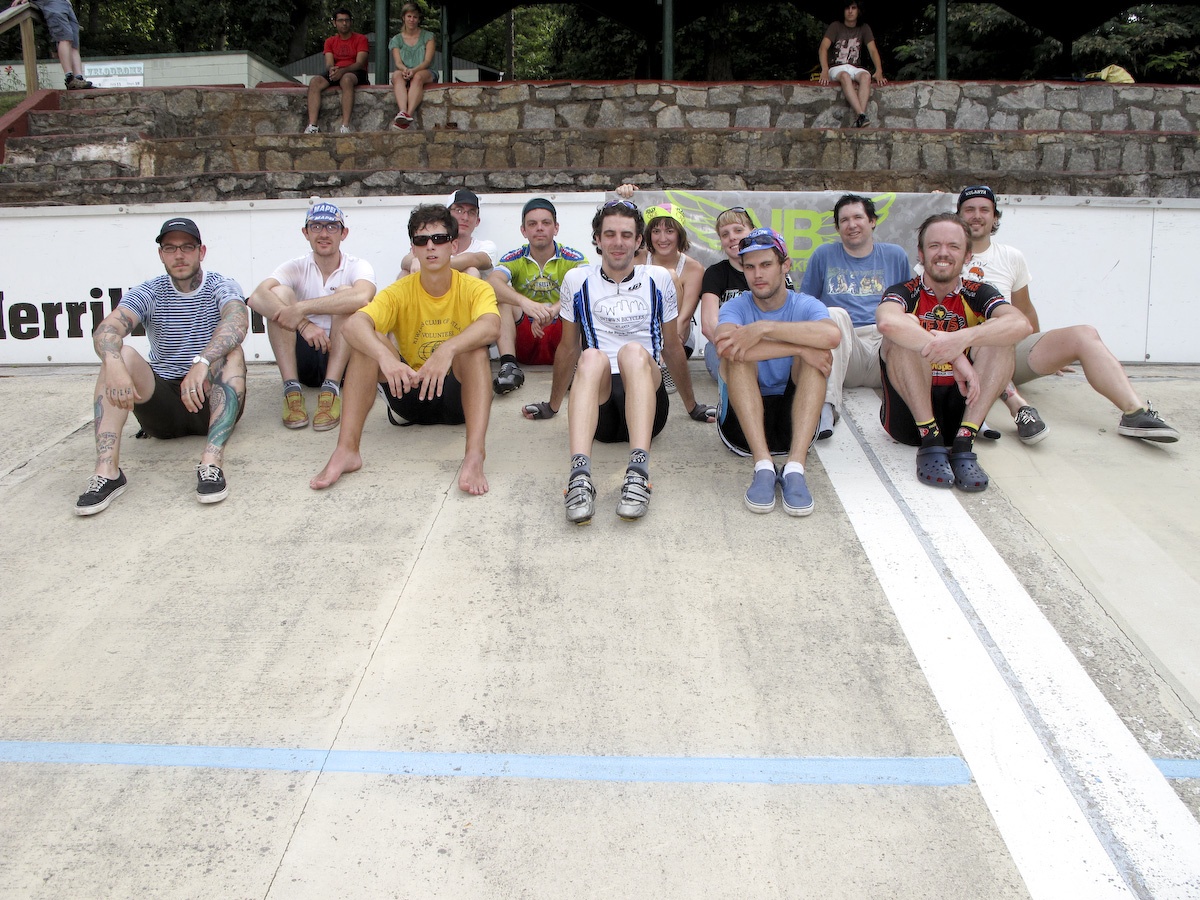 Results for the day’s events can be found here and more photos here.

Lastly,  thank you to all of you who have contributed coverage and press to the weekend’s events:

See everyone at the track tonight!