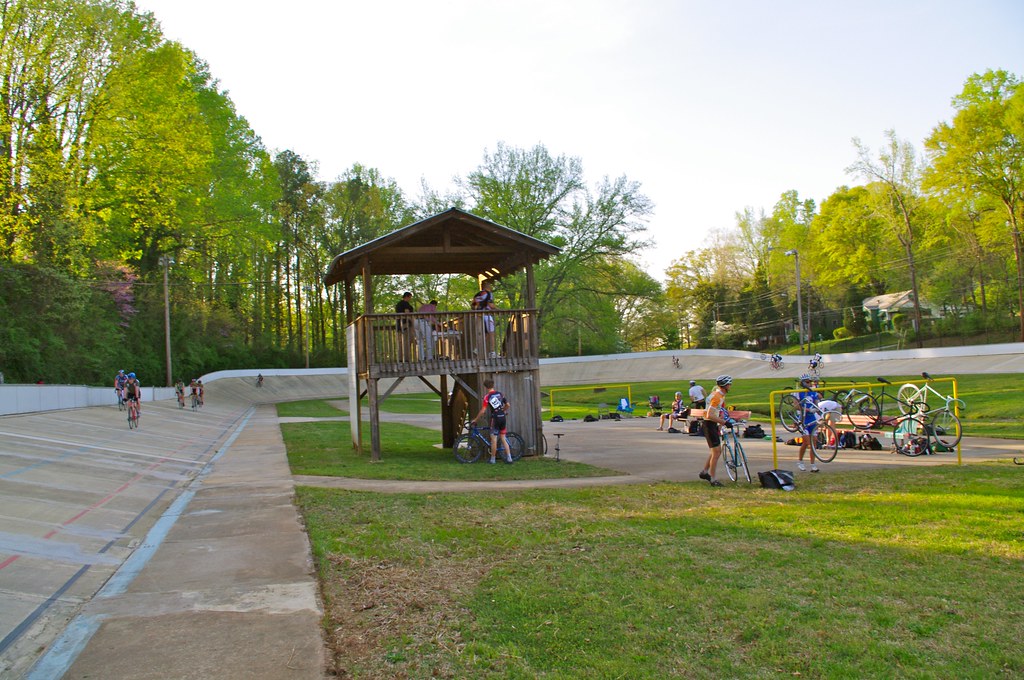 The weather was certainly ideal, turnout was totally solid and the racing was exceptionally superb tonight at Dick Lane Velodrome.

It was great to catch up with so many people I had not seen since last season, to scope familiar rigs and brand new bikes.
Below are some examples. A Fuji with the ever increasingly rare Kazane race wheels that belongs to Chris Kelly, of FM Race and below that a totally smoking custom Tiemeyer with all the fixins belonging to Carleton Hall, a racer for Peachtree Bikes. 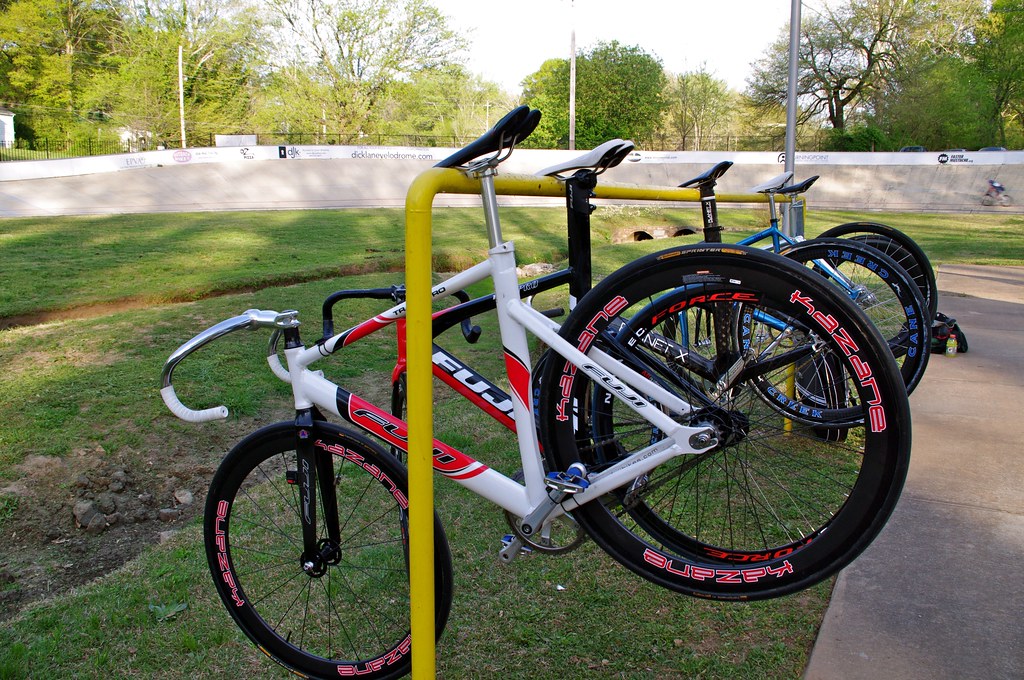 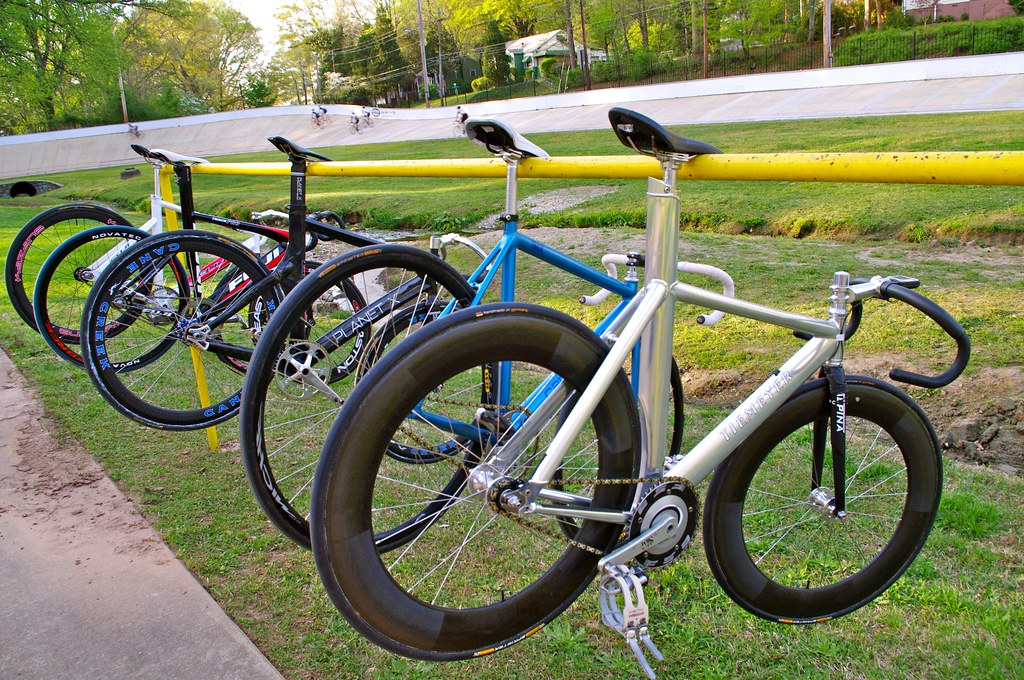 Before it got real dark I stepped out into turn one to catch some shots of the C races. I know several of these guys will be cat’ing up soon!

The C category may sometimes get a bad rap for an occasional squirrely maneuver or honest novice mistake. But tonight these guys were crushing it with fierce competition yet all C races flew by without any “awhoa! Stay!” yelps.

Even very recently battle scarred sprinter Howard Buckley (below) who was involved in an unfortunate spill Tuesday night here, was in there mixin’ it up without missing a beat! 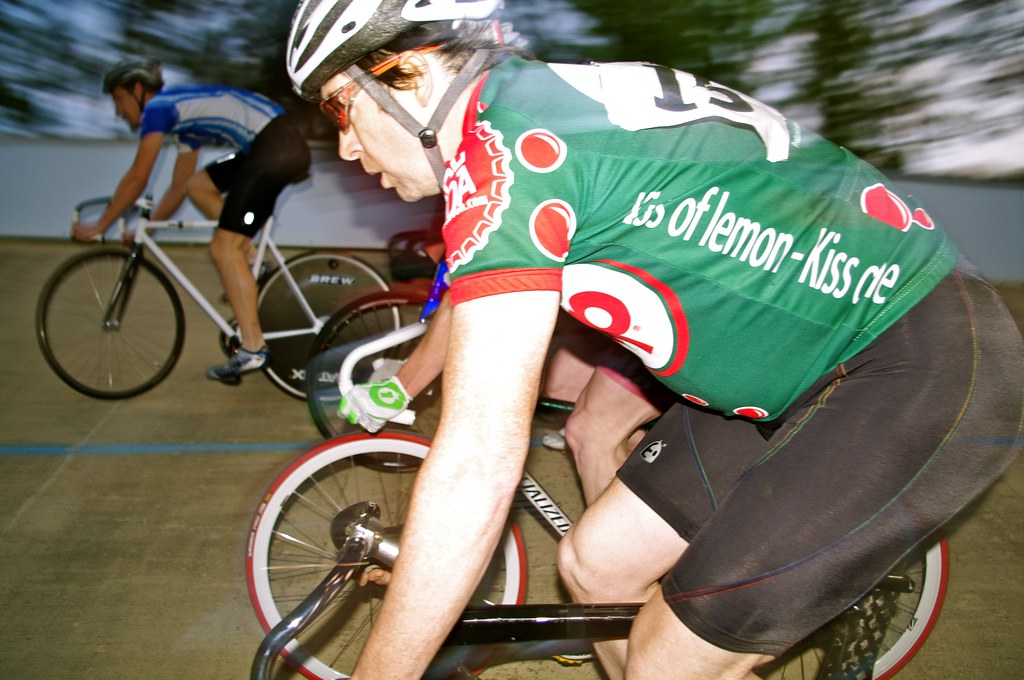 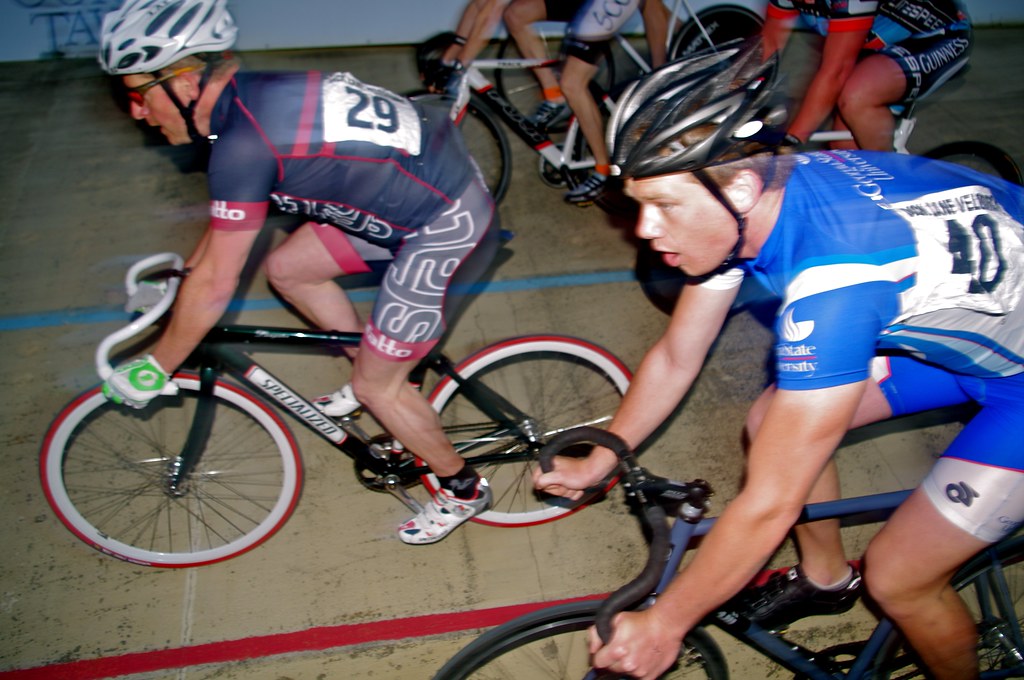 I had been nervous all day. It’d been since last season that I had even been on the track.

I know I have been “training” but who has been training more? or training less? I saw familiar faces and new ones but didn’t know who’d be the ones to watch out for.

Luckily, I wasn’t in there flying solo.

My good friend and Kazane Racing teammate  Stafford Brooke (below) was out there with me.  We accumulated some points towards the 2010 DLV Team of the Year prize. 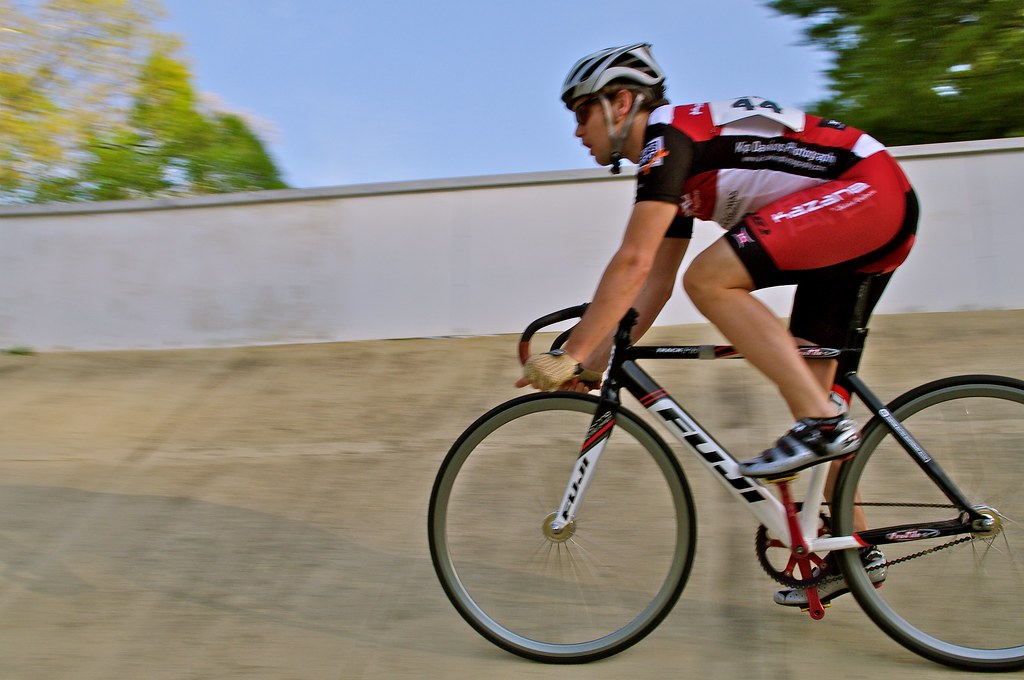 It was our first night sporting our new kits and competing as a team. In hindsight we could have work together much more in the Tempo.

But, we had a good first night racing as a team and will continue to improve. 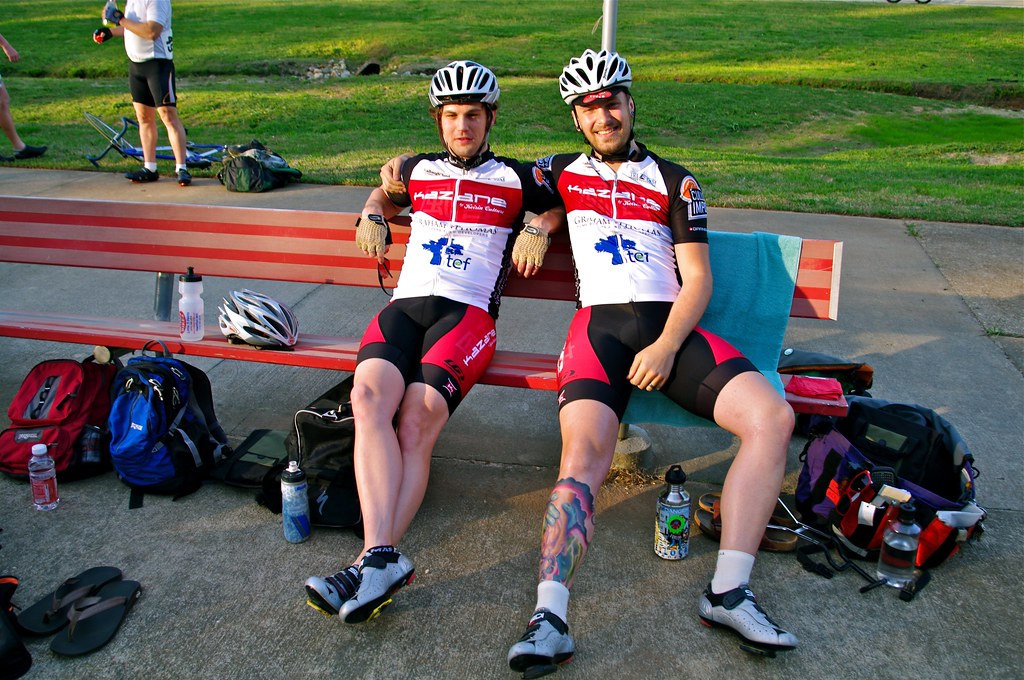 I think tonight set the precedent for some really fast racing this season. Lots of people have stepped up their game and will do so even more after appraising their competitors tonight.
I’ll be eagerly looking forward to next week and will expect even more riders to come down to get in on the action and prepare for the upcoming first Pro Race Series event, ETHIC, Inc. Presents the Keirin. 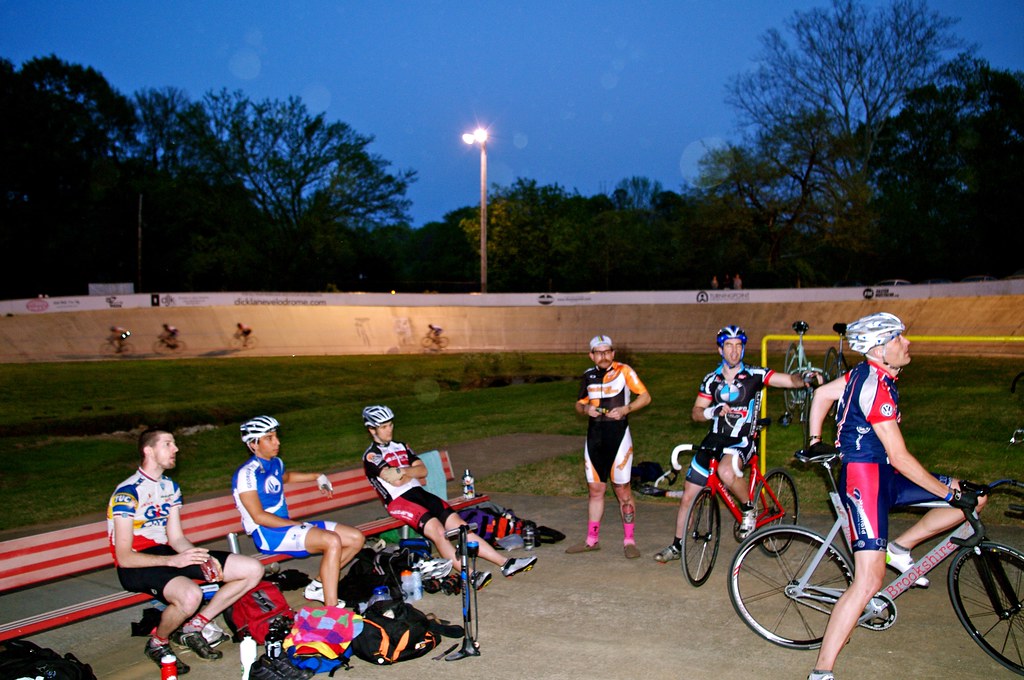 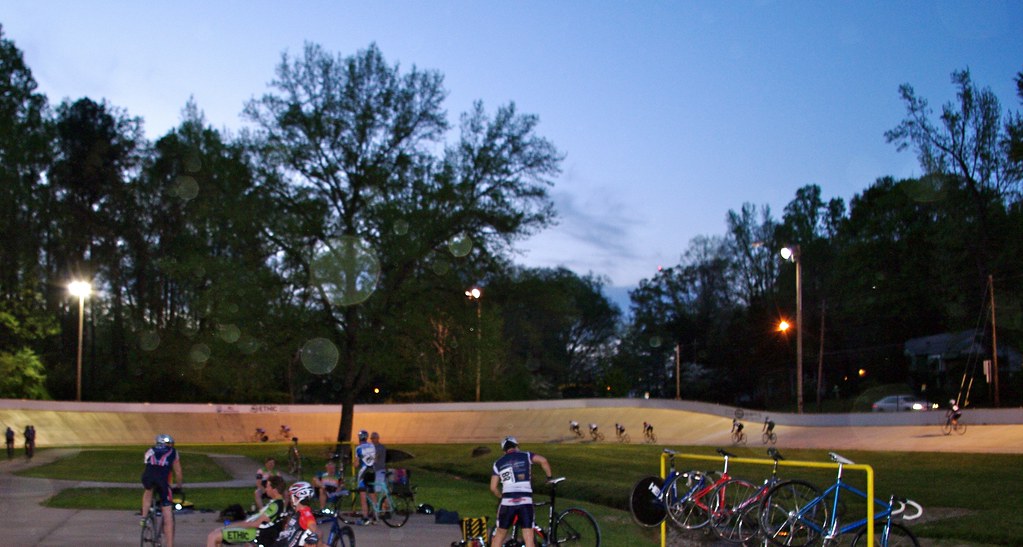 Quick thank you to Darren of the Marlay for convincing me to do my first Madison too!

See everyone next week.