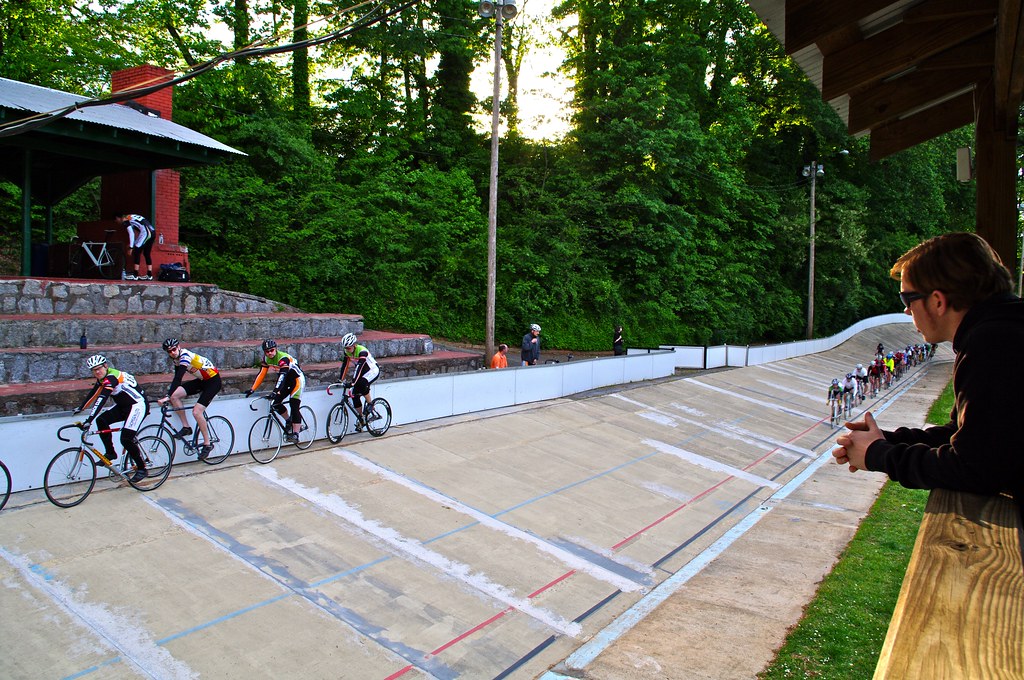 If you don’t pay attention to Jeff’s pre-race instructions you might miss out.
I made this FAIL last week and my attempt at the Win & Out was, yep, a FAIL.
Whereas last week was about not Not Getting Last Place,
this week was about making it happen.
It started with a new bike: 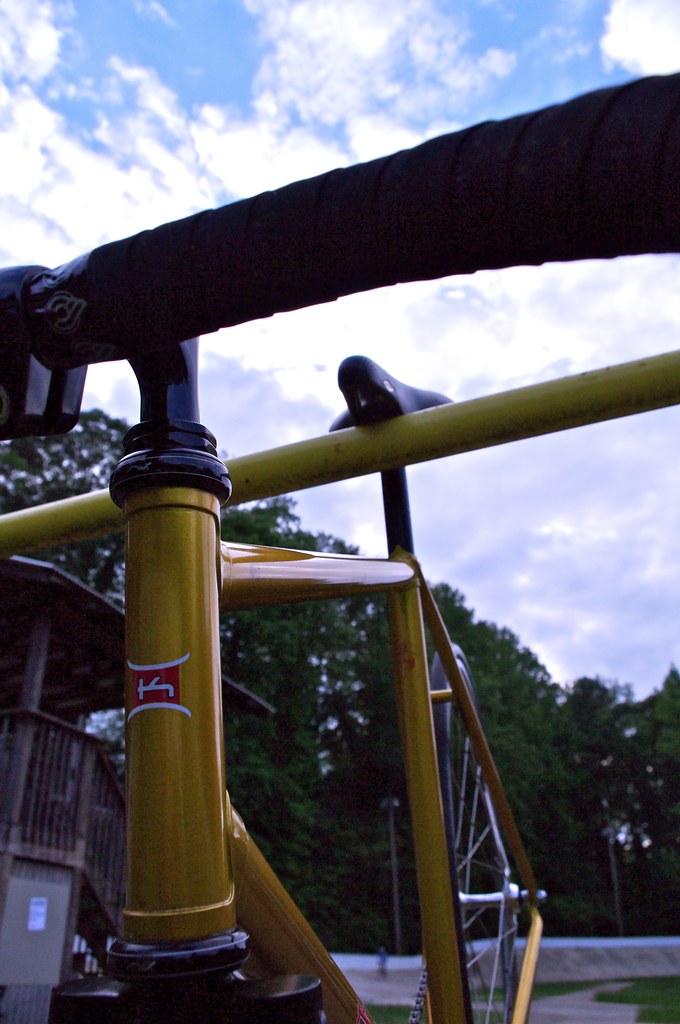 Stafford’s first night out on his new Kazane was also his best yet.
He made the savvy switch from alloy to double butted 4130 cromoly and is stoked.
The very first B race, the 8 lap scratch, ended in a sprint between Jarek & Stafford.
Stafford placed 2nd in the sprint and earned 3rd overall for the evening. 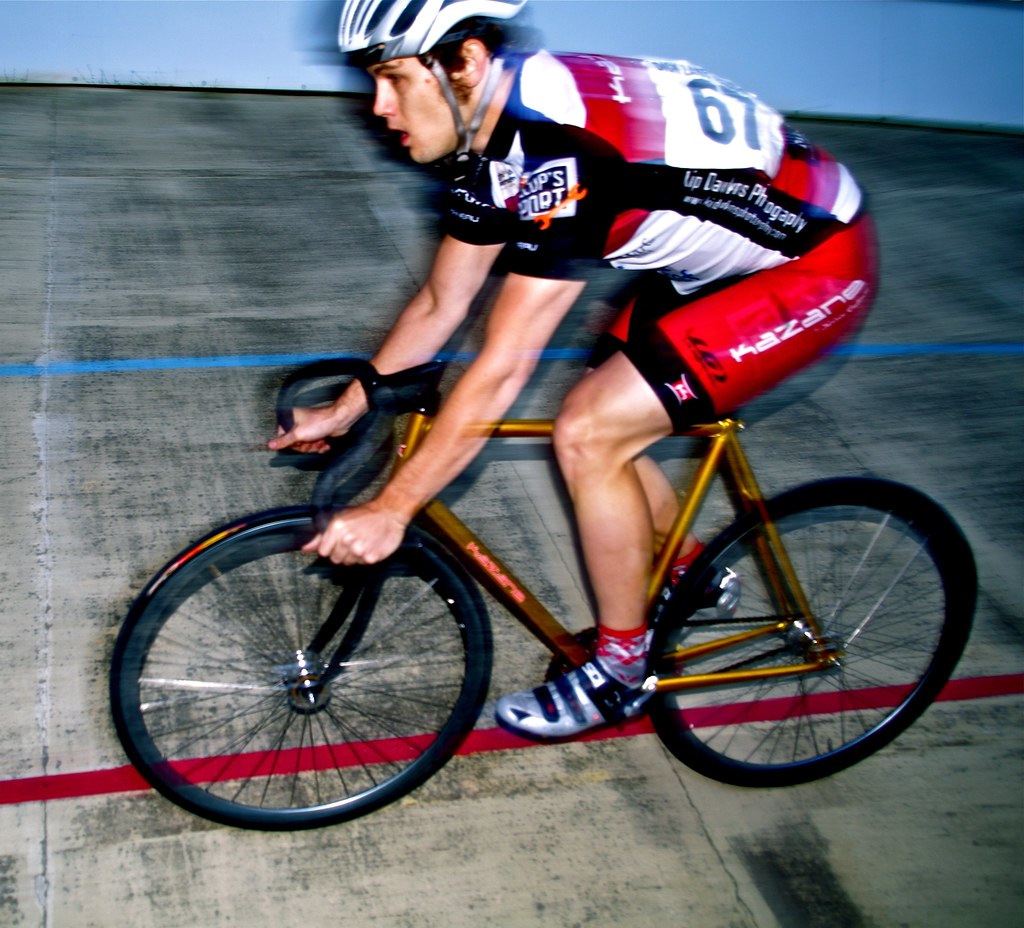 Tonight was Madison night, Billy & Travis won the race.
I politely declined offers to race and continued my procrastination of getting the hang of slinging.
Instead, I spent some time talking to Heath, a photographer for Atlanta Magazine.
Atlanta Magazine has an upcoming article on Dick Lane Velodrome!
Below is Billy Santana in a post Madison sling sprint. 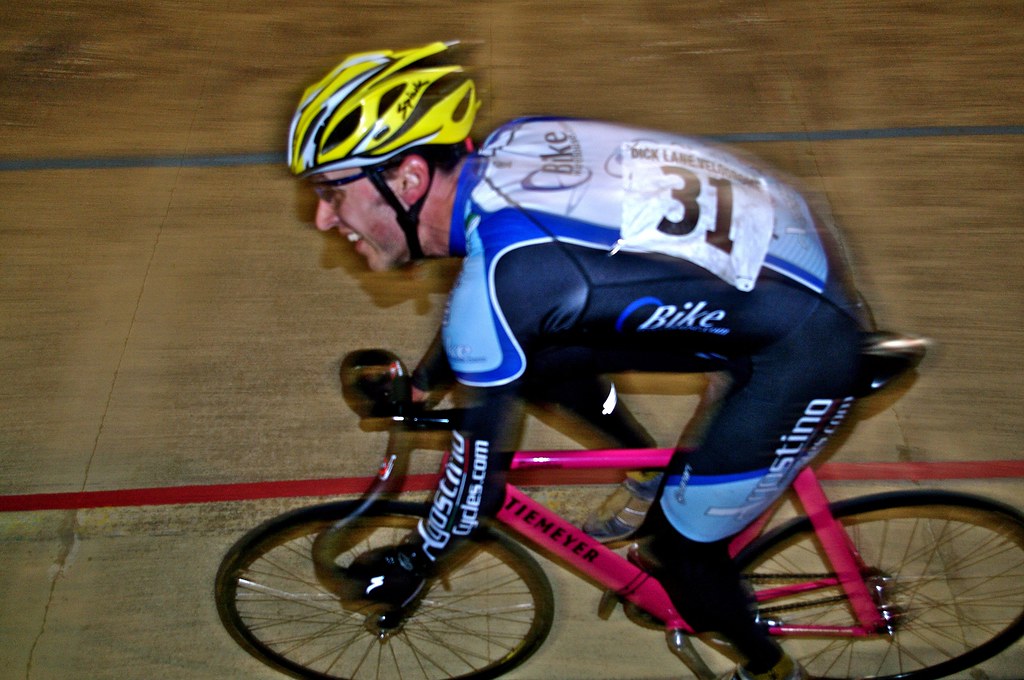 The highlights for me personally were the Miss & Out and the Tempo.
This is where both the missing out and making it happen mattered to me.
This week is SpeedWeek, which thinned the A category.
Many of the weekly regulars, including the record breaking trio of Joey, Oscar & Thomas of Team Mountain Khakis powered by Jittery Joes, were absent.
I aimed to make the most of this. ; )
I managed to place third in the Miss & Out after spending much of the racing keenly crouched behind Travis with Billy flanking his teammate.
The Tempo, always 25 laps of pain, ended with Daniel, Dan & me ultimately lapping the field. 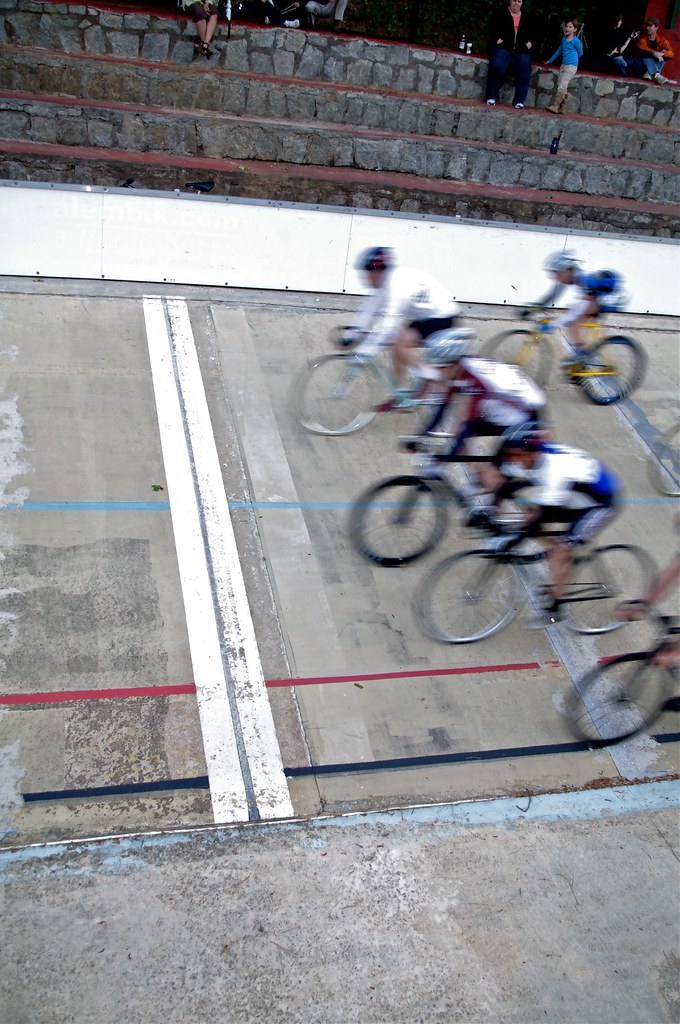 Results from are here, more photos are here & last week’s recap is here.
Pictured below are Dan & Valentin in the Madison. 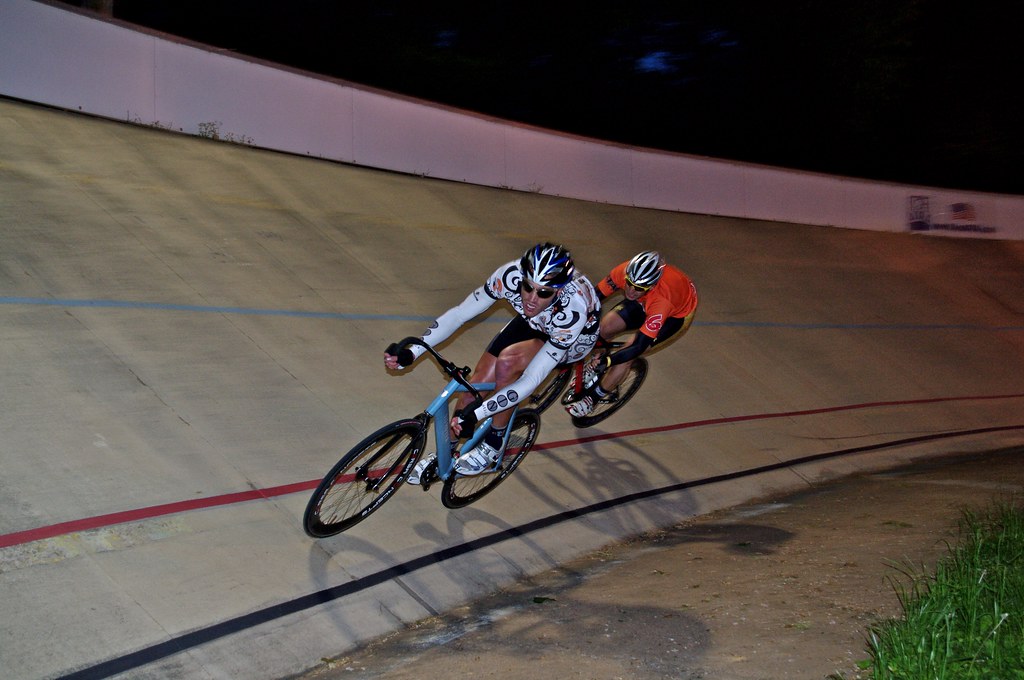 ETHIC, Inc. Presents the Keirin. is right around the corner! See everyone next week!