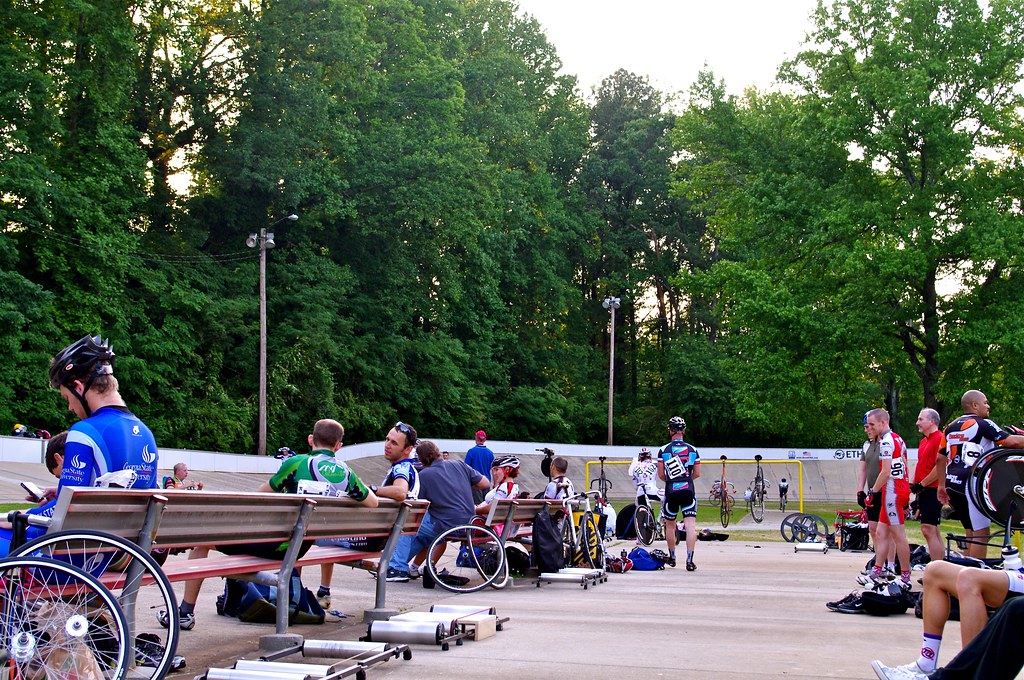 Last was the first night of the season’s initial Pro Race Series at Dick Lane Velodrome.

The Jordan/Zephyr Need for Speed Sprints  attracted world class racers from across the country.

The evening began with flying 200m qualifiers. Only the top 12 racers would advance into the tournament.

I did not qualify but along with Daniel Banks, we made it back in via the 5 lap scratch repêchage. 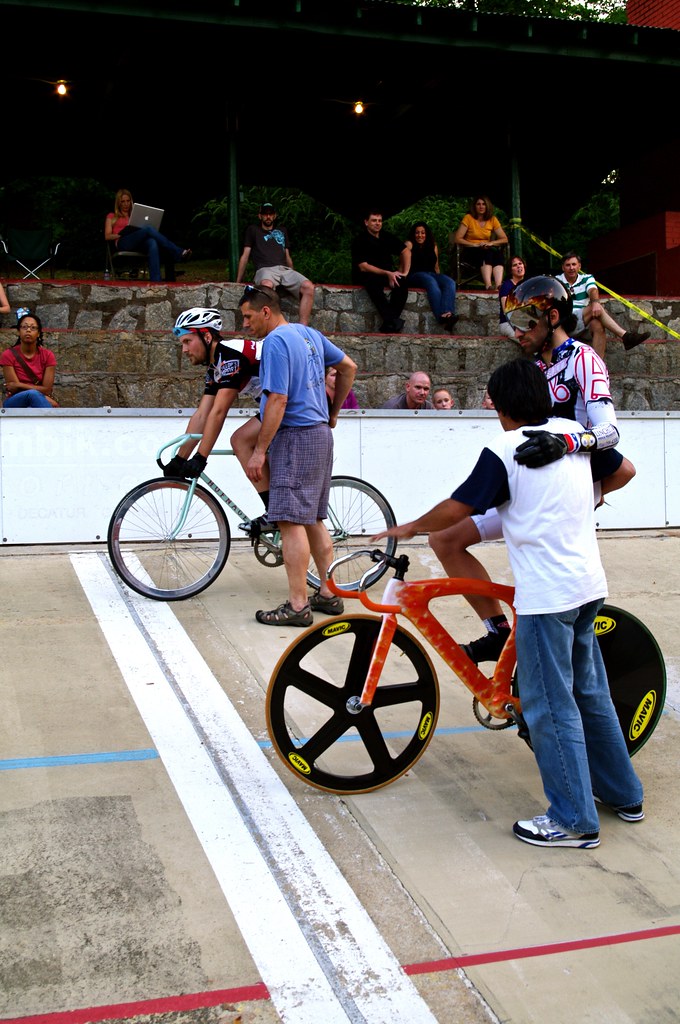 The current US Collegiate Kilo, Sprint National Champion & aiming for the US track team for 2012 London.

And, earlier that evening he and Andy Lakatosh to broke the 200m track record at Dick Lane,

which was held by Morne Blignaut of South Africa at 11.09.

I gave my best but David got me!  : ) We’ll rematch on his turf at Kissena someday! 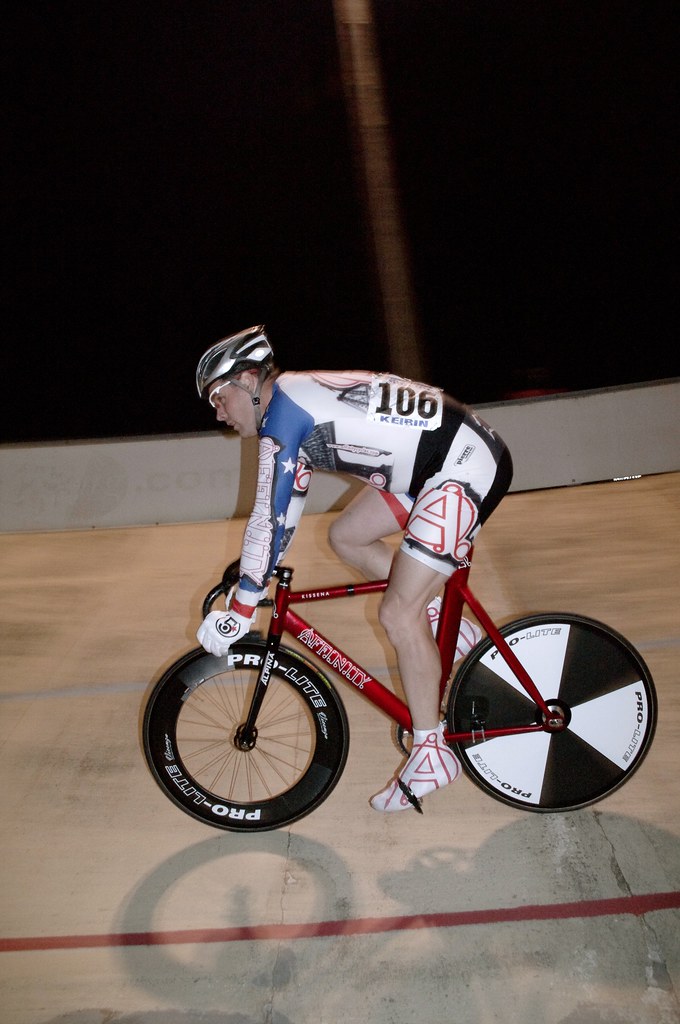 Speaking of Kissena,  Brooklyn’s Affinity Cycles sent quite a competitive team contingent down  this week.

He & the Affinity Team set up shop below for the evening & gave a taste of the heat they’ll be bringing today.

They’ve been preparing for their trip to Atlanta and will certainly leave with more accolades. 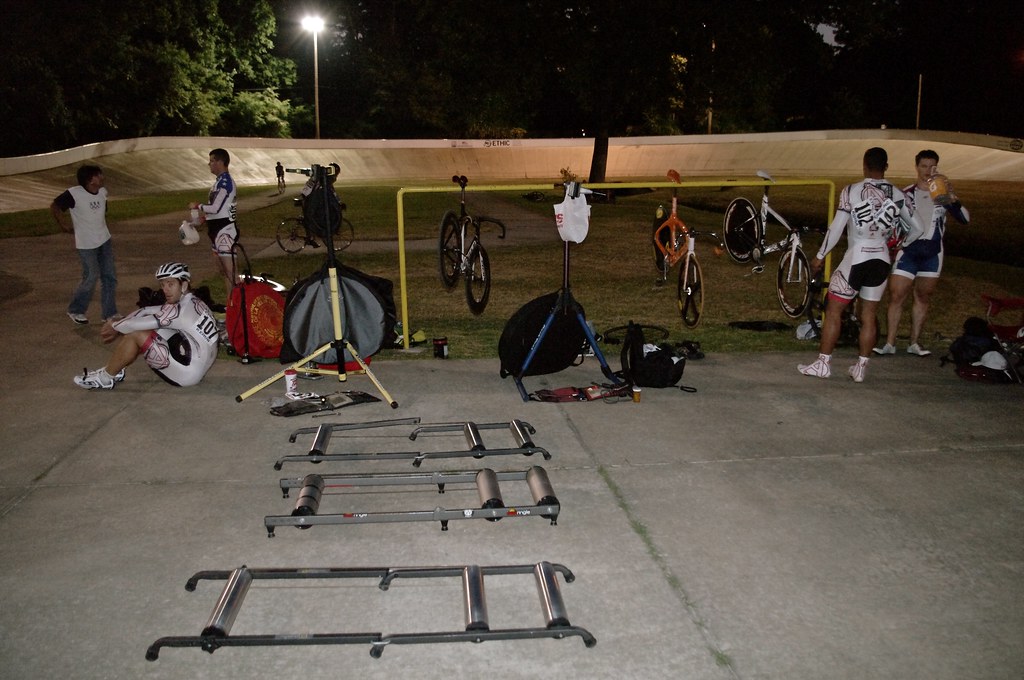 John Linchitz (Affinity Cycles).  This race pitted two experience sprinters against each other and it was

great to observe such tactical strategy and technique in action. 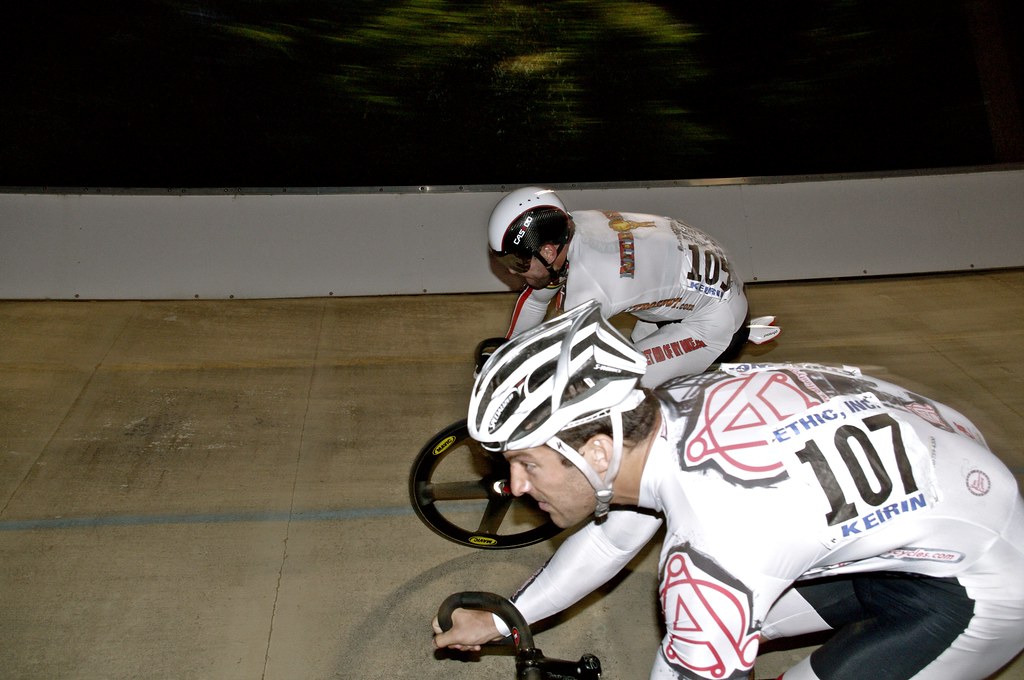 Ultimately Hernandez (pictured below) won this one but lost later to Andy Lakatosh. 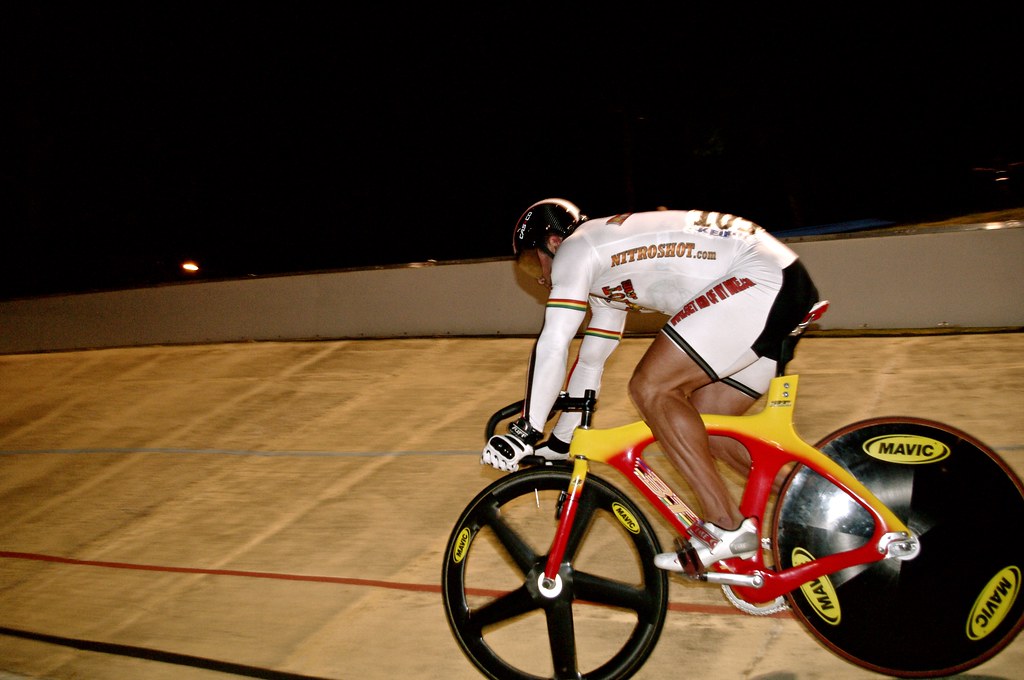 Before the final was a Keirin teaser with a 20 lap motor paced scratch won by Matt Baranoski. 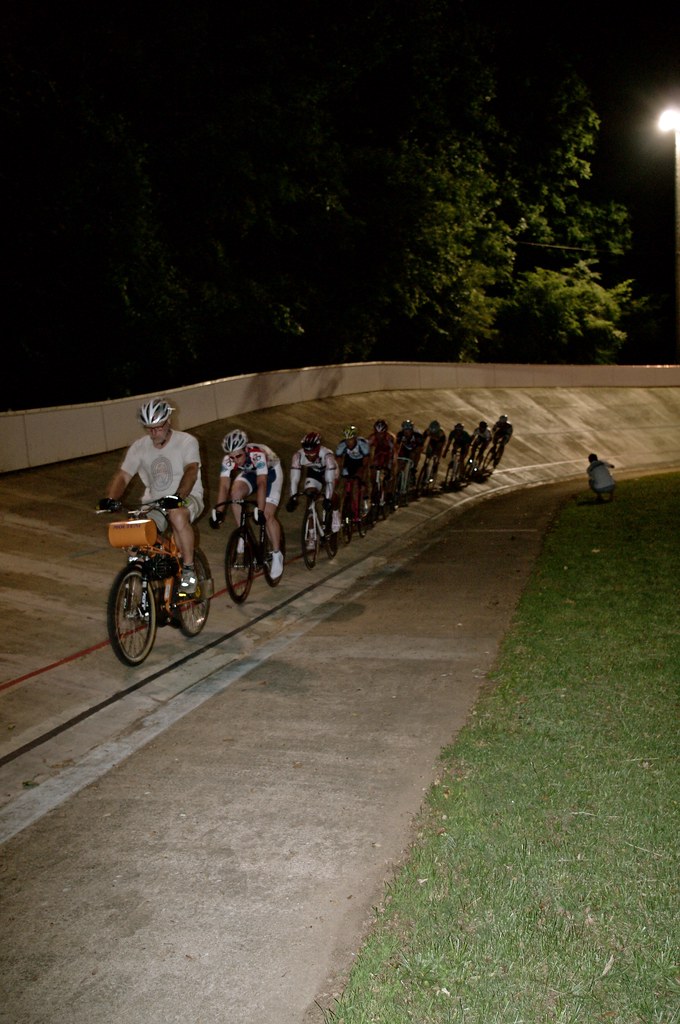 The final sprint was off the charts.  The evening’s record breakers: David Espinoza vs. Andy Lakatosh.

It was a slow starter with lots of cat and mouse mind games.

Both the spectators and racers in the infield were eager to see it play out.

It wasn’t until turn 3 of the bell lap that they dropped the hammer.

As you see below it was pretty close.

Tonight is gonna be awesome with more impressive efforts from these guys. 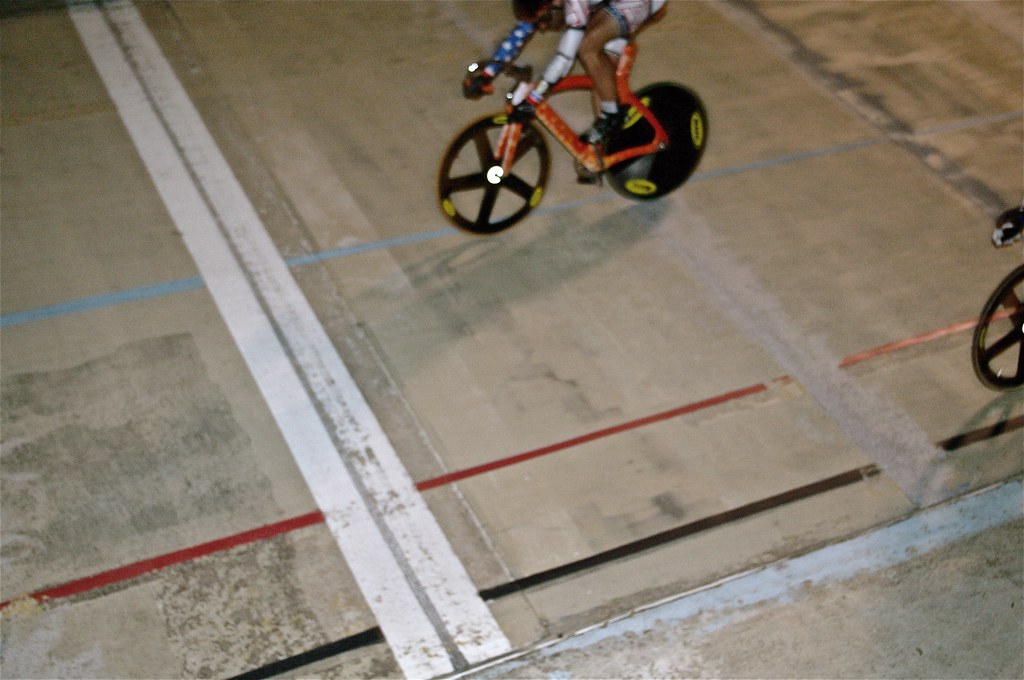 More photos from the event are here and results are here.

in a only about an hour the Keirin racing events will kick off!  Head to the track now!  I am!