Six Wednesdays & one Pro Race Series into the season and there has already been several spills.

Each adding up to little more that trashed kits and minor track rash.

Tonight my bud Daniel took a nasty spill and as I type is still in the hospital getting checked out.

Get well Daniel and let us know soon how you are doing. 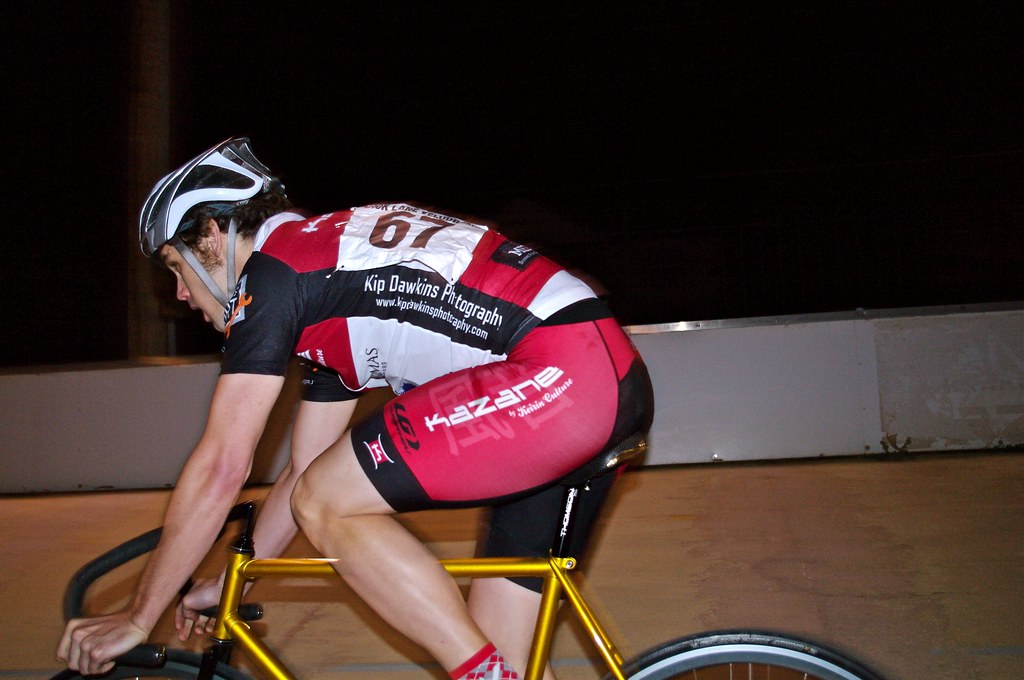 That makes this evening his best night yet this season!

One decisive move was playing his cards right in the Win & Out. 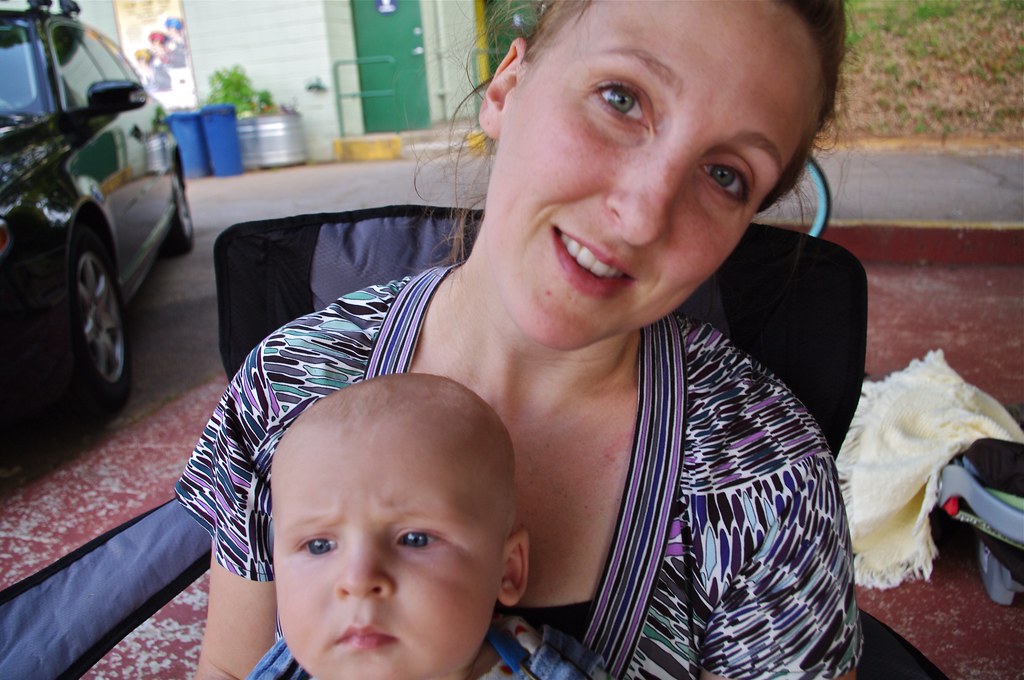 I was lucky to have some very special guests visit me on the infield tonight too!

My wife, Stacey, and son, Otto, came to cheer me on.

It was Otto’s first time to the track and out so late!

He’ll be back! Bicycle Little League on the horizon! 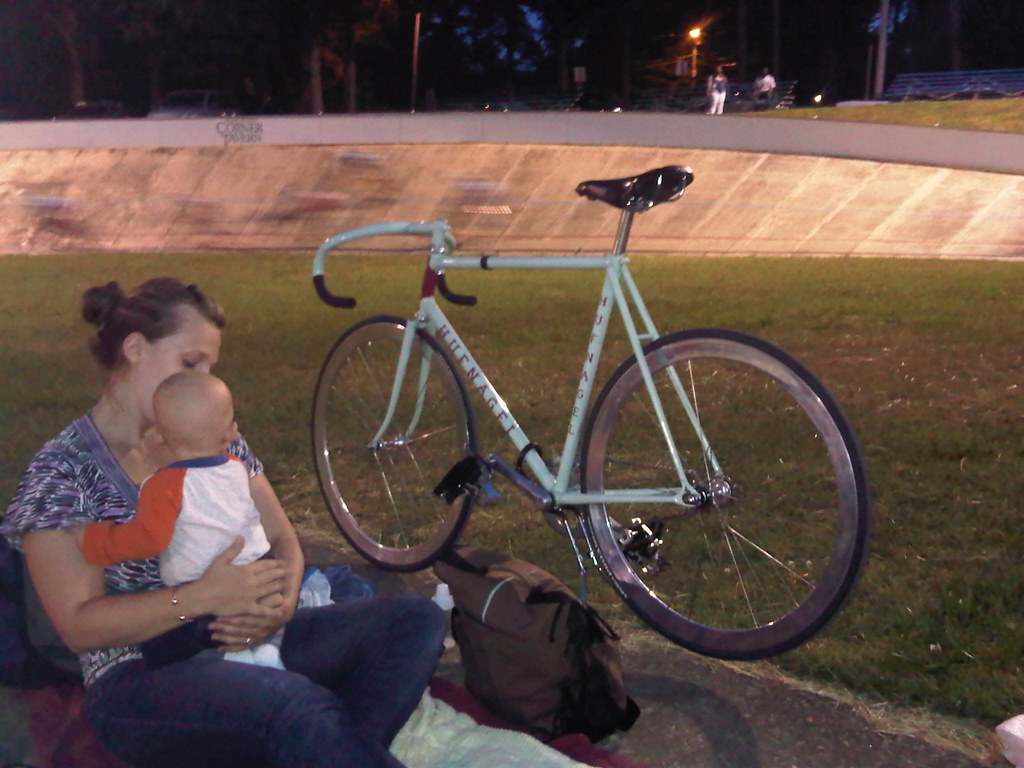 I didn’t take many photos this week but results are here.

I’ve been trying to get a recap of Saturday’s race (I took alot of photos then!) up. That’ll post soon.

In the meantime, the nice guys over at Affinity highlighted their team’s success

on day one & day two of the Festival.

Chris Kelly also as a good write up over at ckdake.com.

My photos from the Keirin are here. …Speaking of Keirin:

I first bought my UNO from Stratton way back in 2005. HIDEOUS bar wrap, I know.

Check out the site: http://keirinculture.com

See everyone this weekend at GOLDSPRINTS!