penned by a long time friend of mine, Philipp. He recently traveled with me to SF. 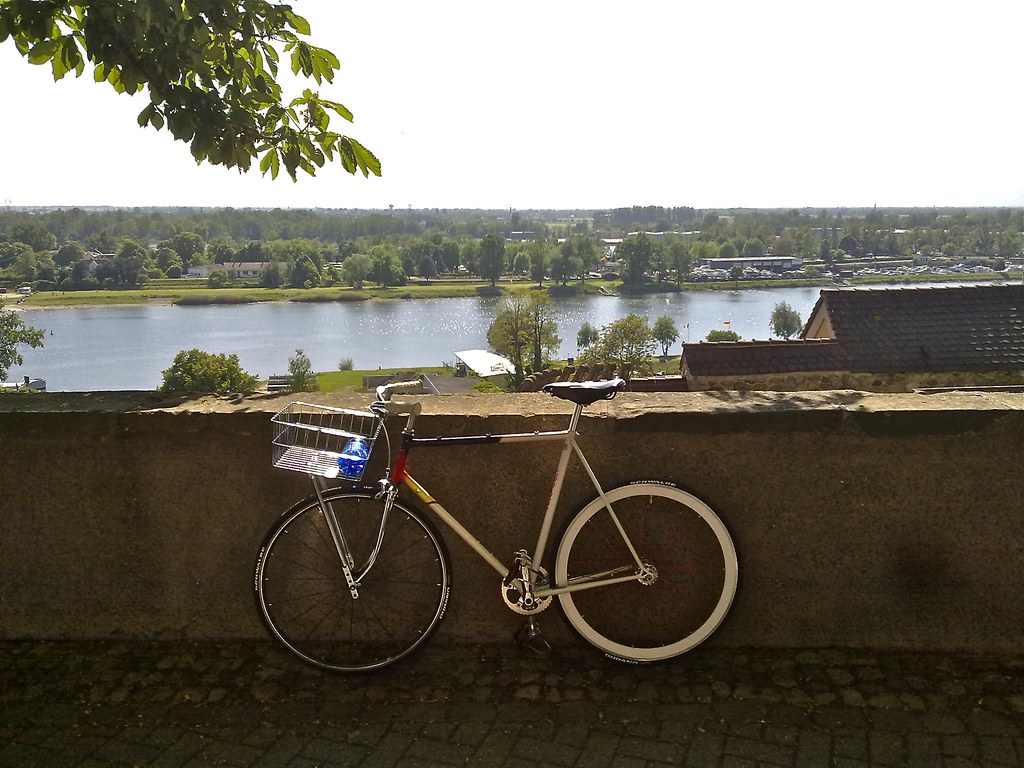 (supposedly Germany’s sunniest city), we were blessed with a beautiful summer day this Saturday.

Since my new Kazane roadbike is still not yet built up, I only have my fixed-gear basket-bike, which

I like to call „the workhorse“. I really couldnʻt go into the Black Forest with its steep ascents on it, so I

was again left only with the option to go out West towards the French-German border, a relatively flat area,

I decided to ride to the little city of  Breisach, on the Rhine river, with France just across.

point in the middle of nowhere) but took a little different route there today. 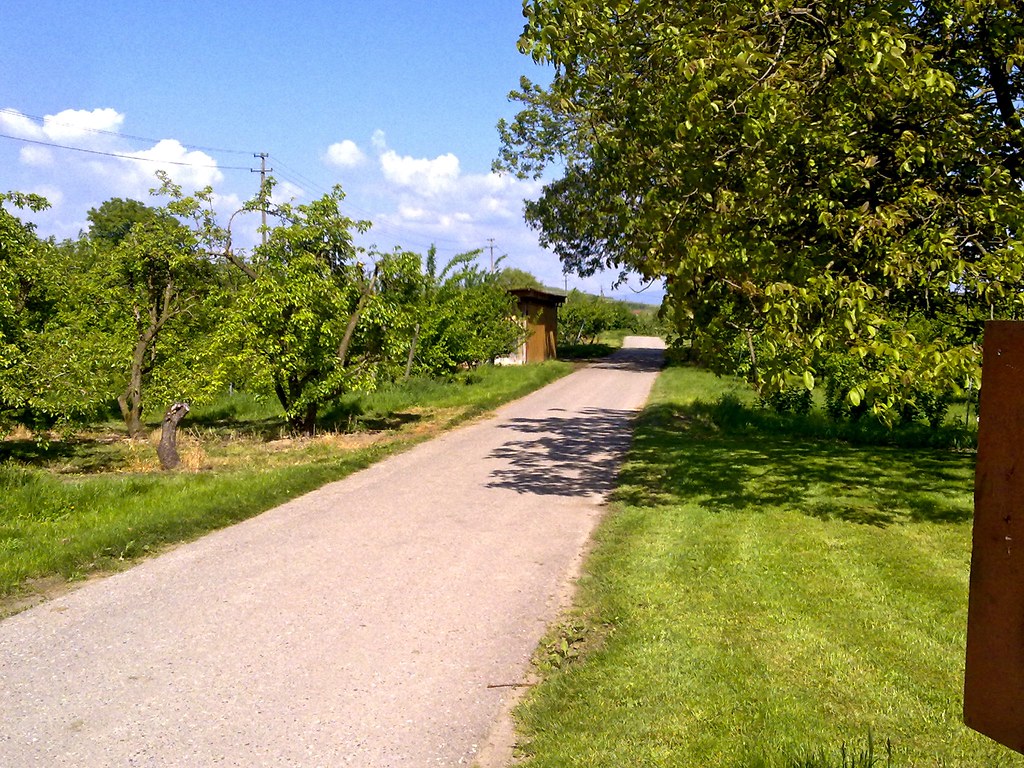 cherry trees with the vineyards always in sight. This area is called the „Kaiserstuhl“, along with Germany’s

big Riesling-Regions (such as the Mosel and Rheinhessen), this is one of the best places to grow and

produce wine in the country – if you ever have a chance, try some vino from this area. 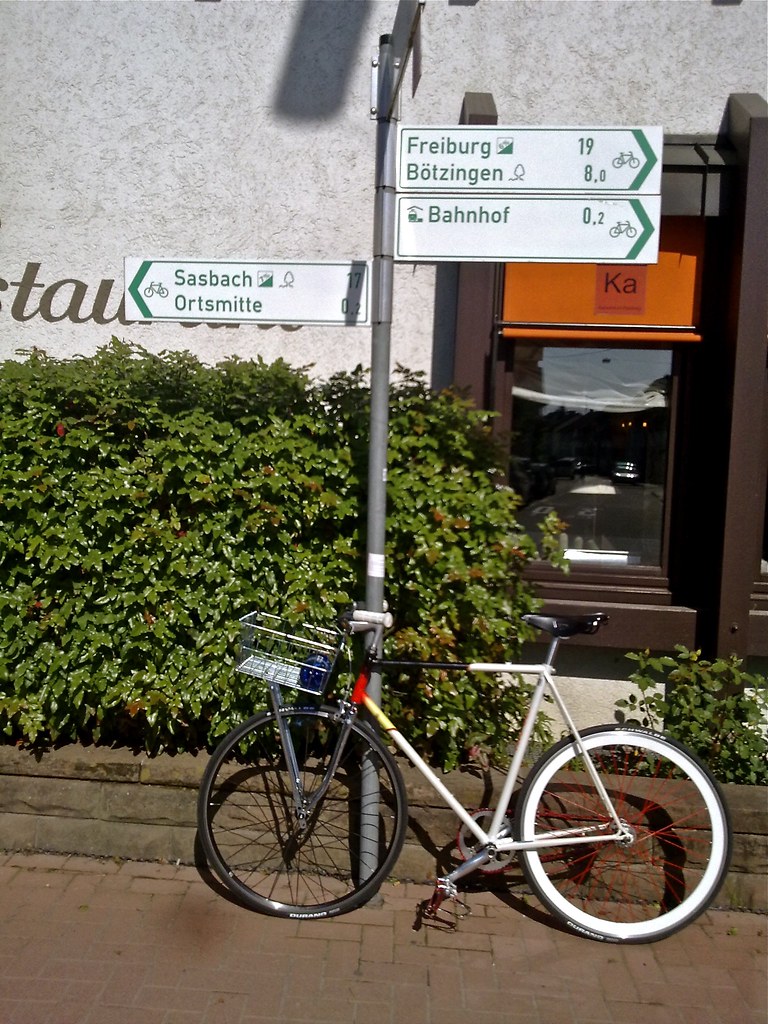 Not only did I get to enjoy the lovely countryside surrounding the city, but I was also amazed by the

huge network of bikepaths, all in excellent paved condition & signposted quite well.

You can really tell that Freiburg is one of the most bike friendly places around.

And not only is Freiburg treating bike commuters very well, but it seems like everybody owns a

roadbike, too. I met innumerable people on road bikes, many of whom were old guys on their

Passing some of them on my „workhorse“ and getting astonished looks really made my day. Burn! 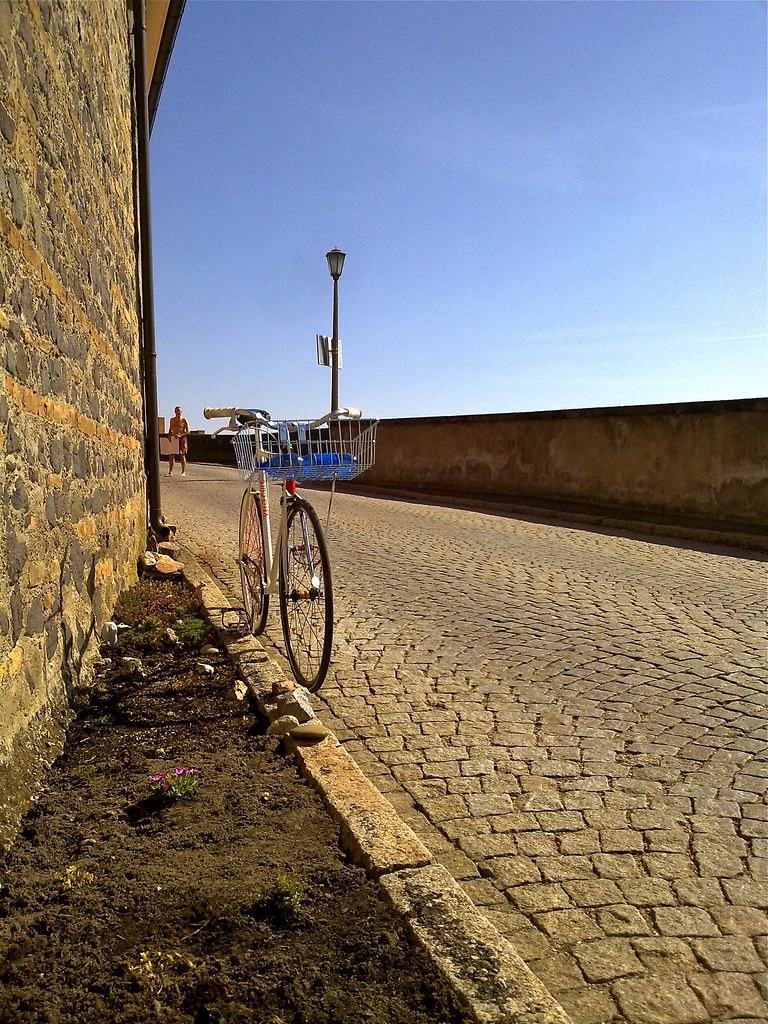 After arriving in Breisach I decided to go up the hill to the Romanesque cathedral,

which is pretty much the only sight this little town has to offer.

I knew that a short but steep cobblestone-road was waiting for me – the only way to get up that hill.

Definately a Paris-Roubaix moment climbing this road on a fixed gear. 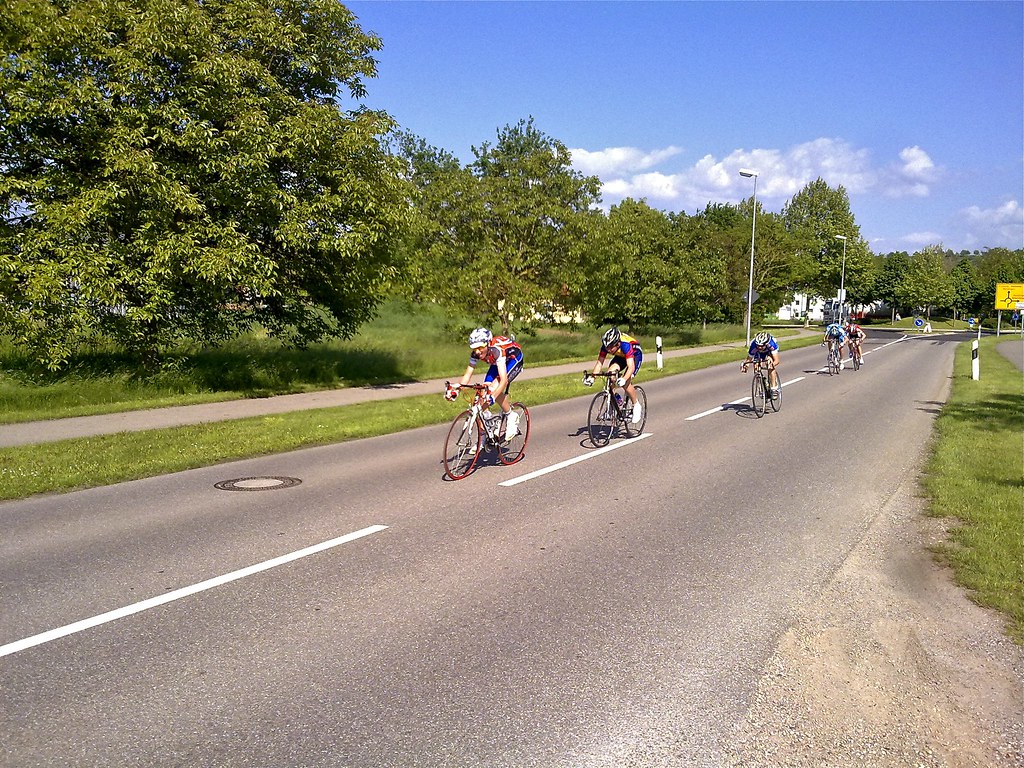 On my way back I came across a local under-15 road-race.

I stopped for a little while and saw some ambitious teenagers racing their roadbikes real hard,

letʻs hope it is a generation of new Jens Voigts.

This ride with its 53km and the perfect weather certainly was the best way to spend a Saturday afternoon. 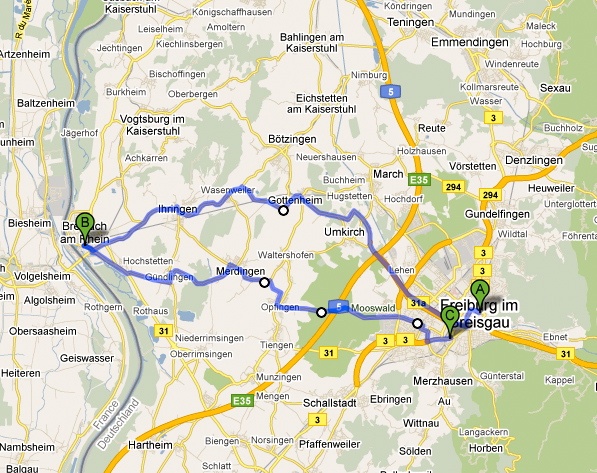 My new wheels for the Kazane arrived today – nice 2010 Ultegras.

to discover some of the Black Forest valleys that I would otherwise never be able to see riding fixed.

Alot of cycling will be happening this summer, thats for sure! 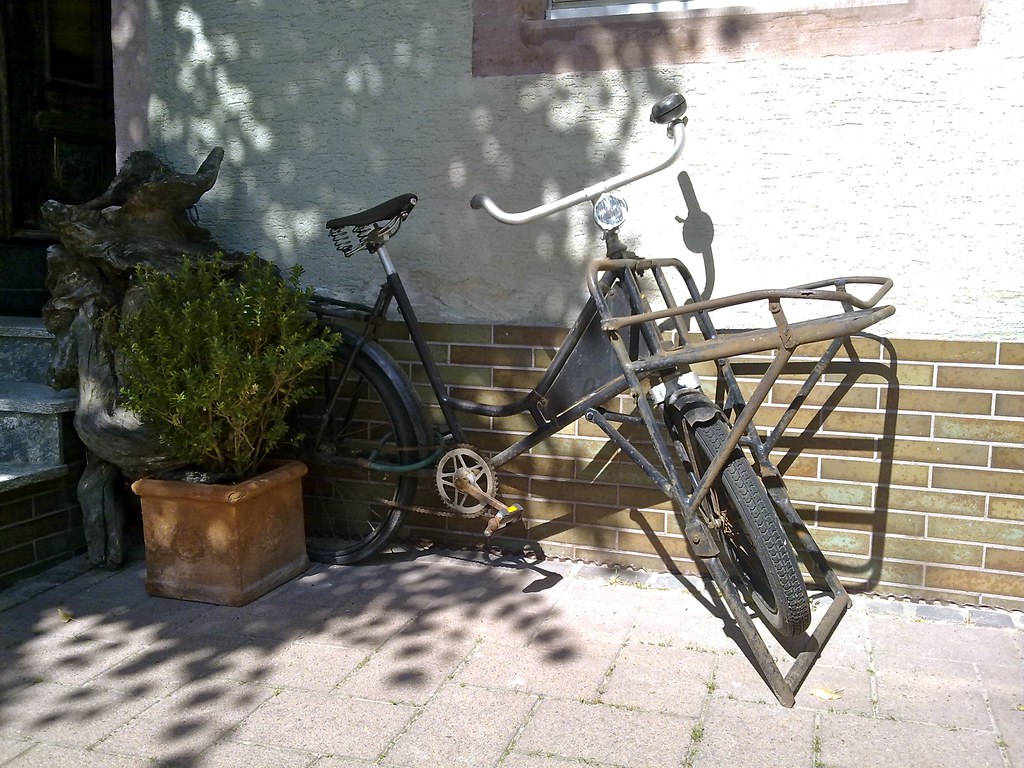 —
Pictured above is an old cargo Philipp found in Breisach. All photos taken by Philipp.