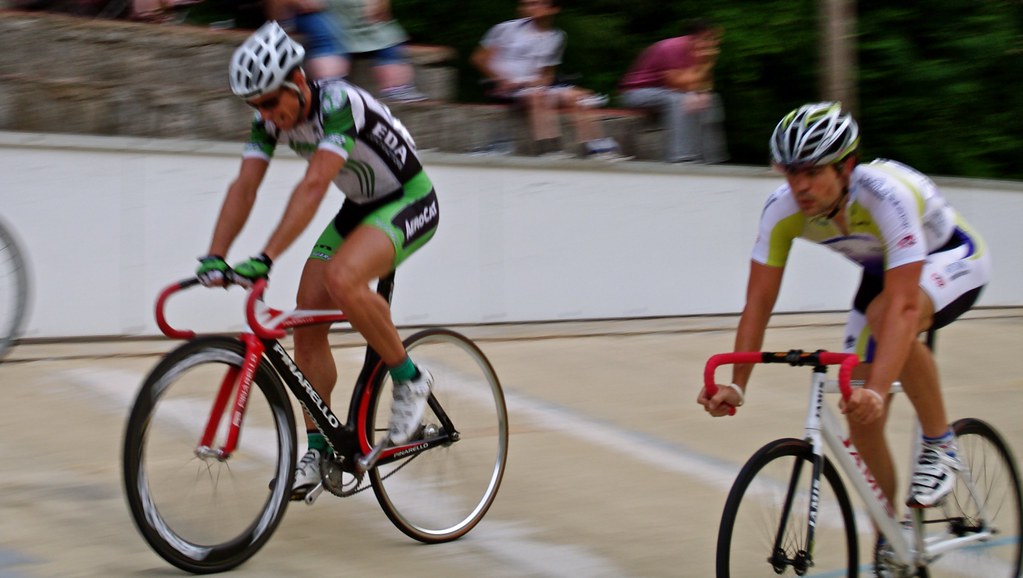 Emile is no stranger to the Dick Lane Velodrome.  He has won many a race here and around the world.

Not only can he completely crush you in a sprint but he can ‘out dance anyone!’

Check out this interesting interview with Emile on PezCyclingNews from last April. 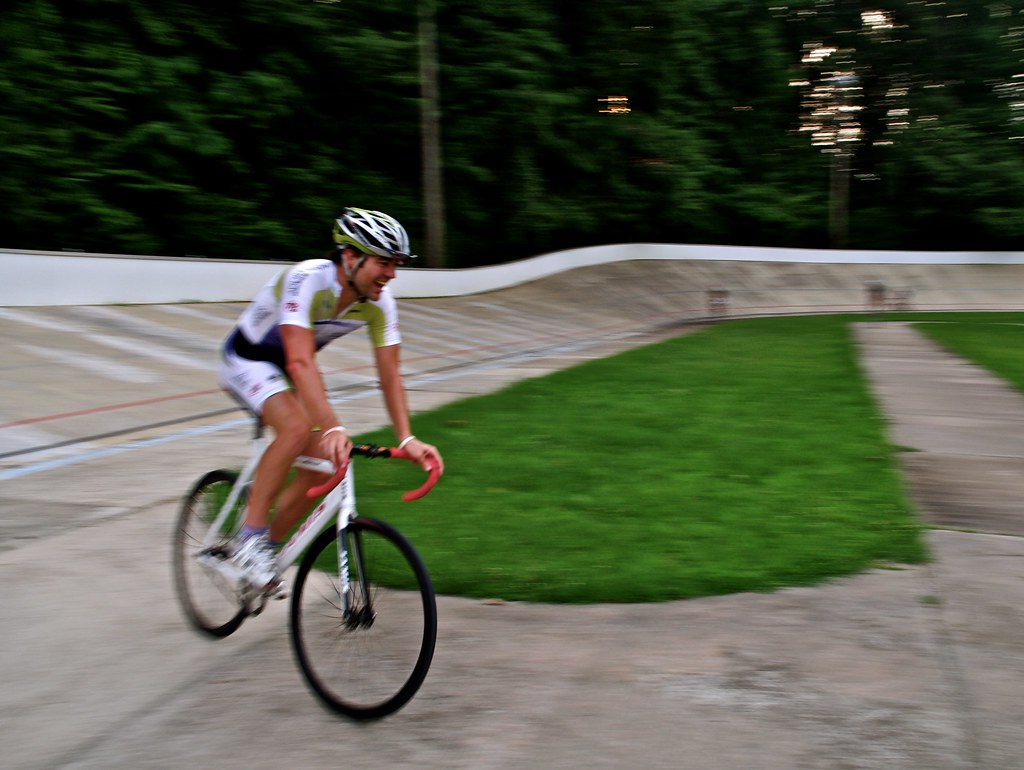 Like Emile,  Joe is a seasoned sprinter ready to ape it a a moment’s notice, Joe is also one of the founding

won the first of two corporate team division titles in

the Race Across America (RAAM)” 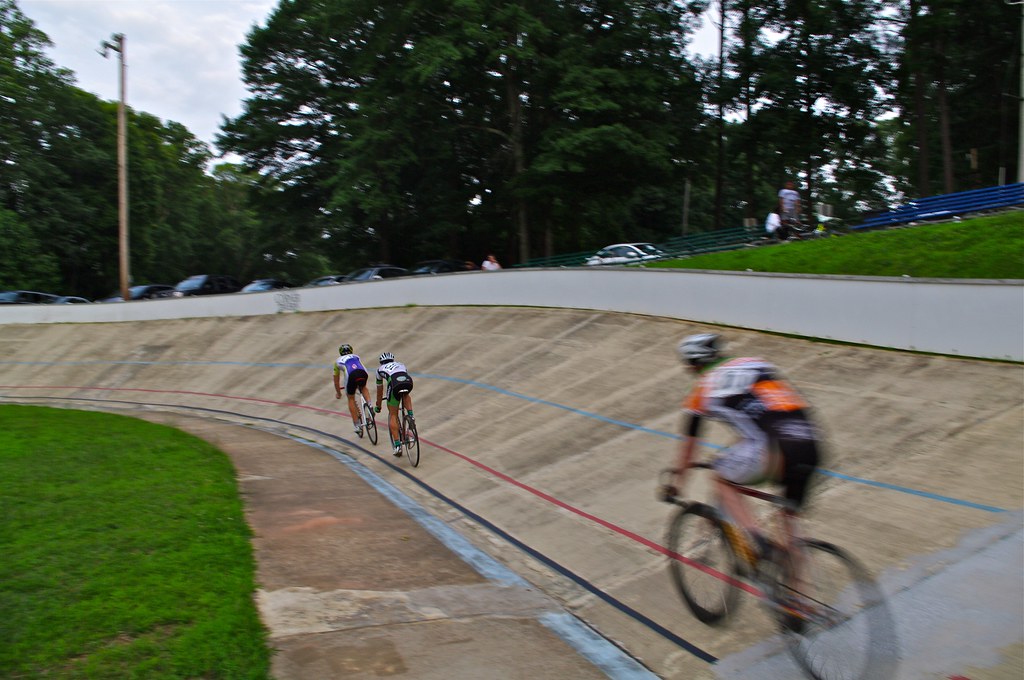 Above is Pete Antonvich of the EPTC bringing home a solid 3rd place in the his race of choice.

This past Wednesday was the night of the Miss & Out.  It is this race that he earned his moniker:

He had had his work cut out for him though!

It was an especially agressive race and though I made my way to the front,

I quickly found myself a few wheels and elbow blows back and several laps later pulled.

Pete held off the whole field only to bravely face two PRO sprinters.  The bell lap was a real EPIC one! 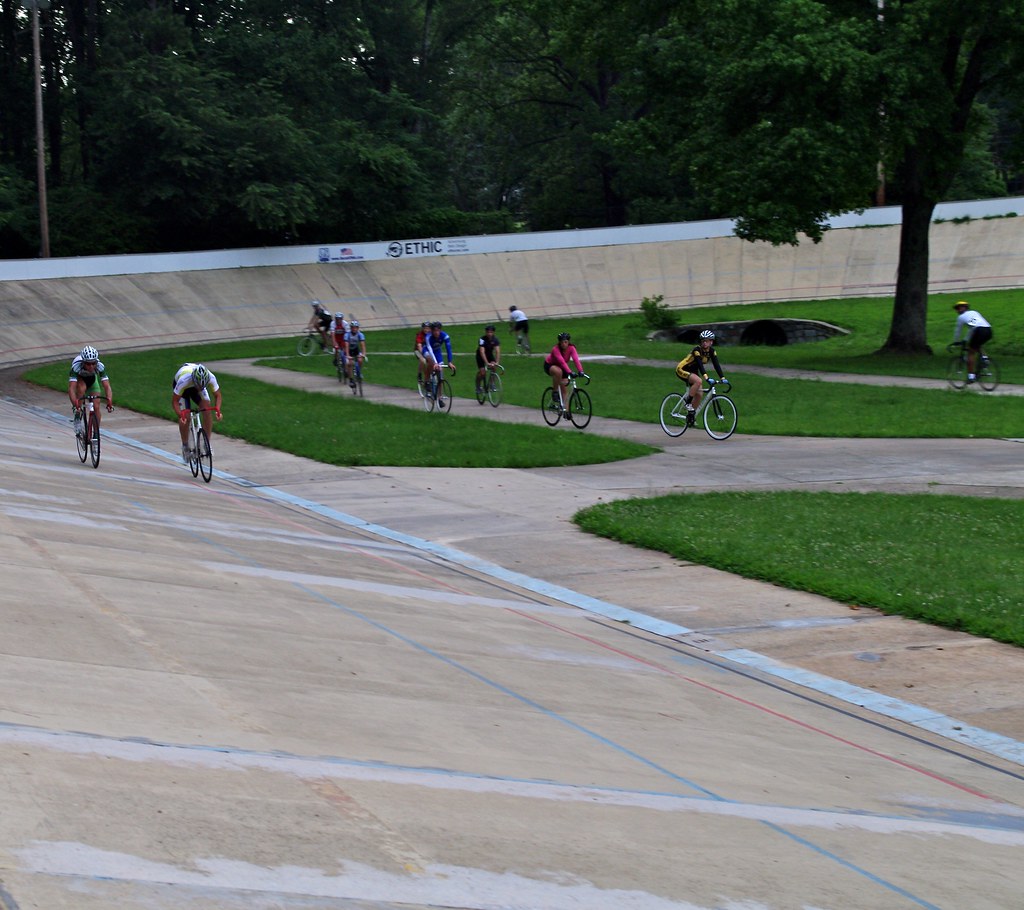 Joe had the lead and was making Emile really work.

R I G H T at the line Emile brings the hammer down. 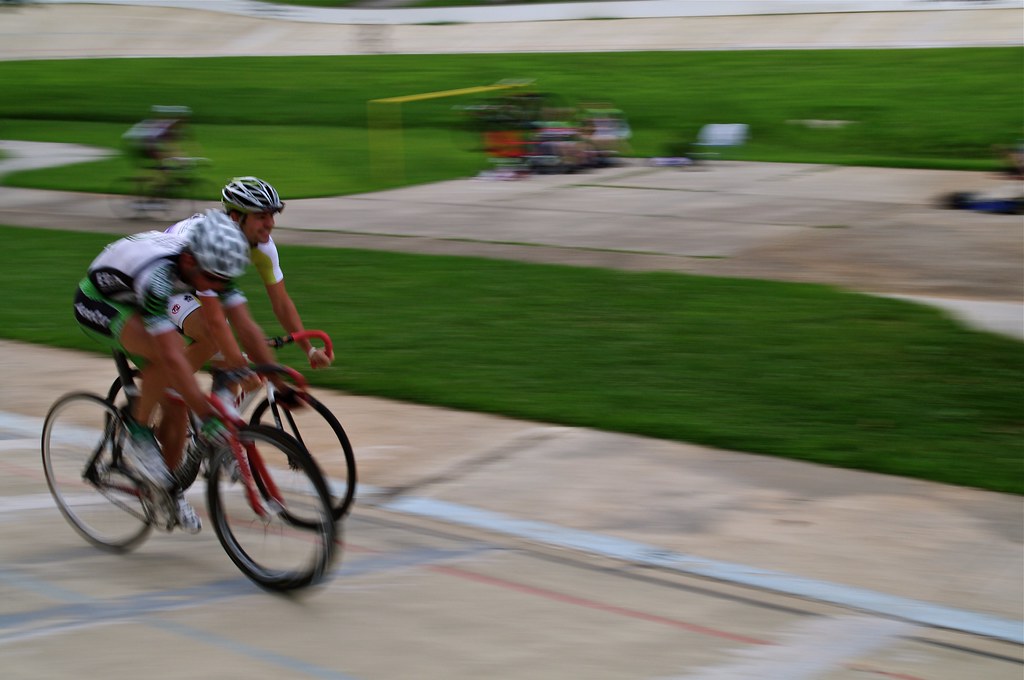 It was so close!  Such a fast night of racing in the A field thanks to these guys and the rest of the racers who

really cranked to match pace.  The tempo was a real grinder. I got some point of the line and held on! 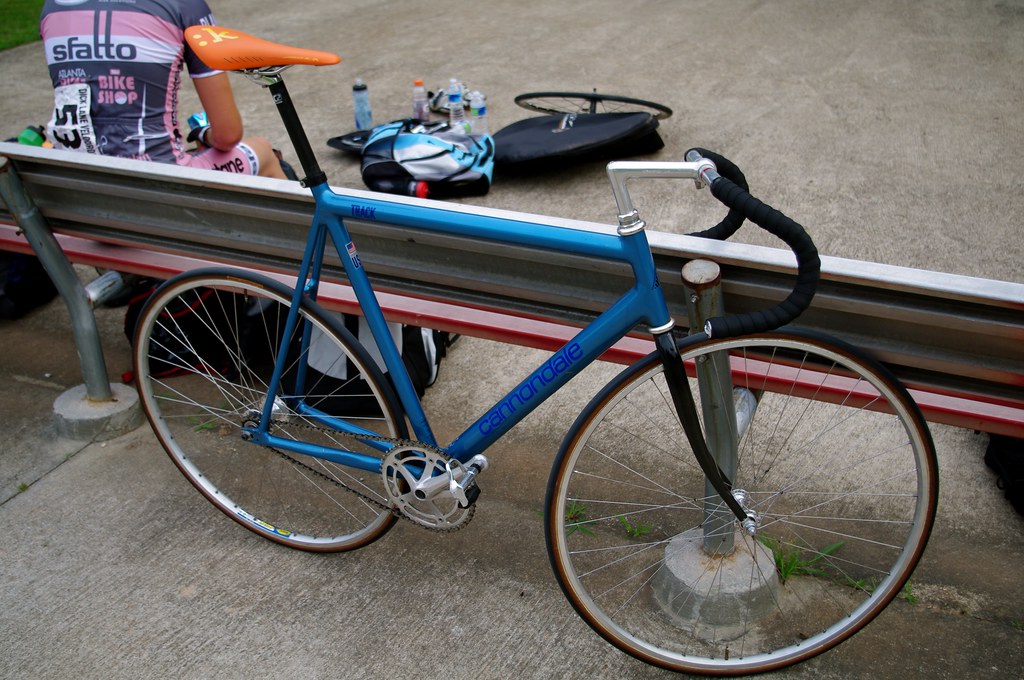 Above is Daniel Broshar’s Cannondale.  Daniel & his Cannondale were my ticket to 2nd in the scratch.

Daniel very casually attacked with just under 3 laps to go and I was the only guy to chase.

I generally can’t not chase.  It often ends with me off the back or even, at best, in the sprint, top 10 MAYBE.

But I ape’d it, got on Daniel’s wheel and we took turns pulling. The peloton, with Emile & Joe leading,

gained very quickly but we held em off and, at the line, Daniel took first from me.  Nice one Daniel! 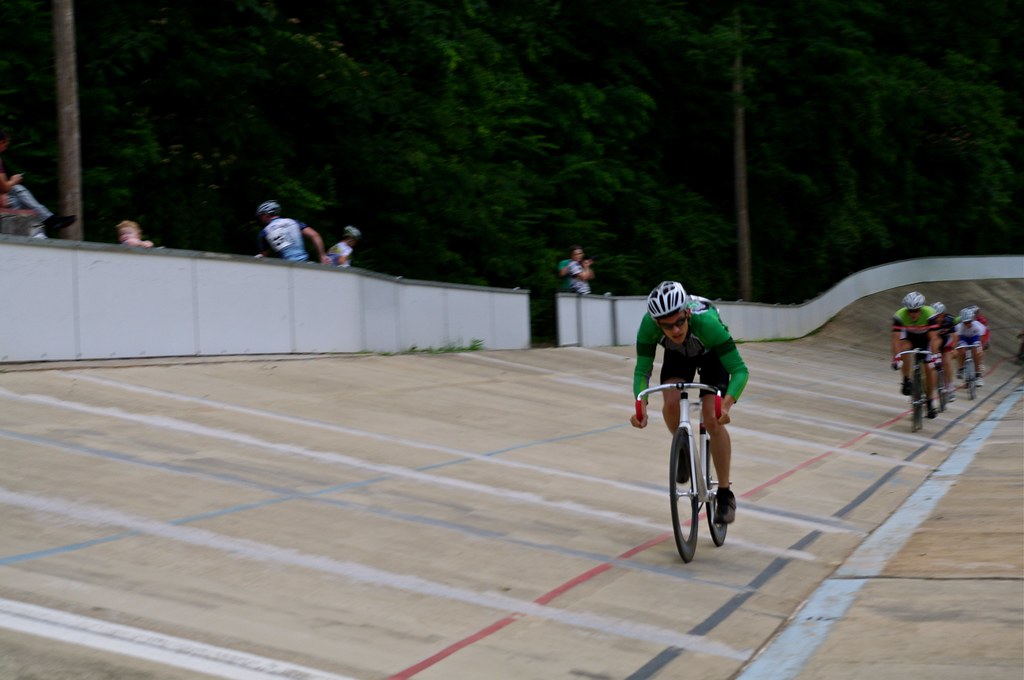 (pictured in front below) of the Fulton Flyers.  Matt sandbagged the B field with a fury, taking 3 1st’s. 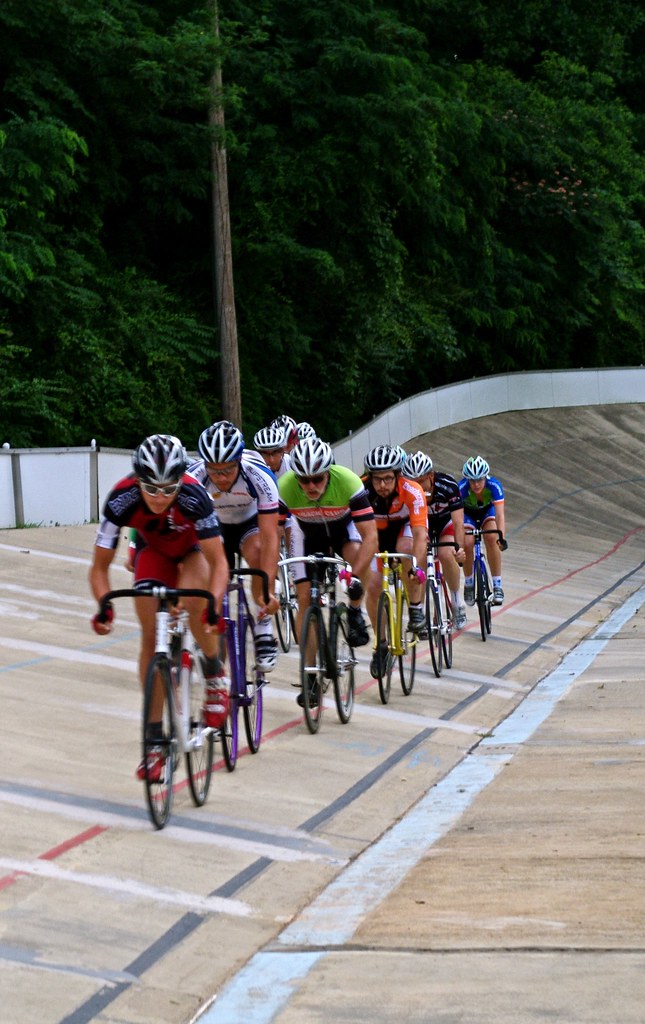 After really cleaning up  this week. Do I smell a CAT up for Matt?  Guess we’ll find out soon! 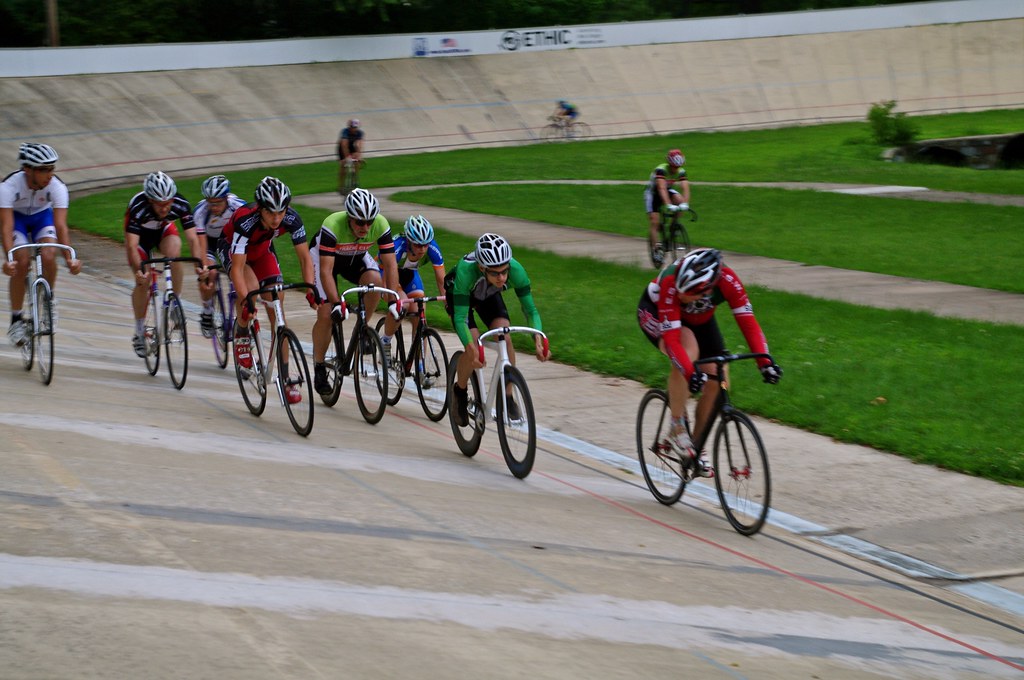 Above is Scott Patton of Fixed Gear Fever keeping a wary eye on the contenders.

The B field was super FAST too!  I’ll be eager to see how Record Night pans out next week! 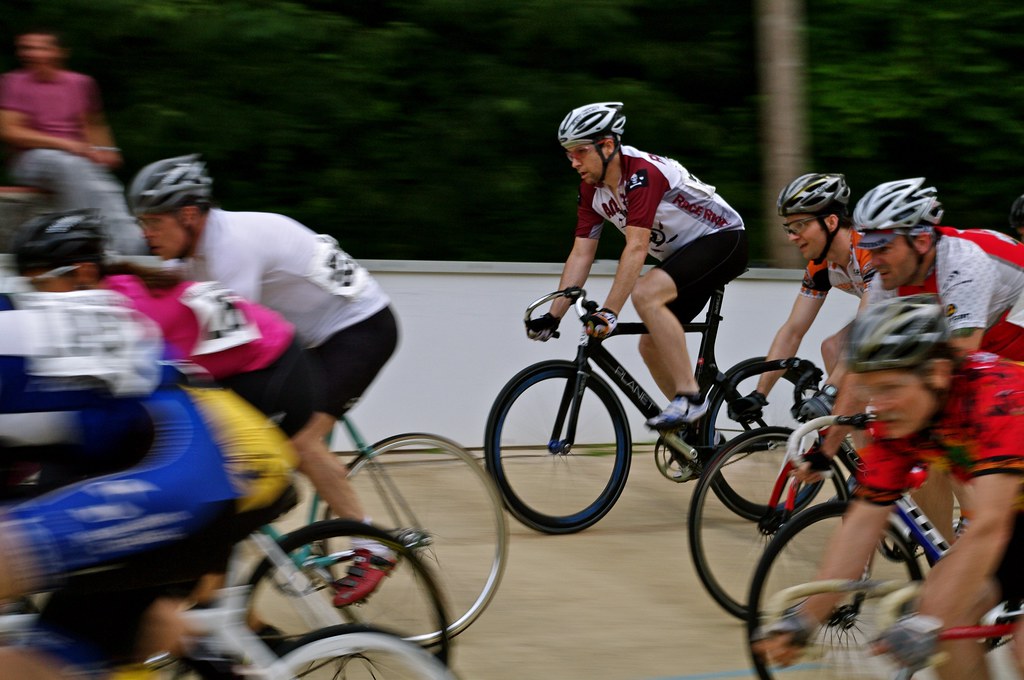 In the C field, Howard Buckley ( @HowlinThurston ), pictured above, came in second behind

Joey Schoenfeld of the Fulton Flyers.  It was Joey’s first night of racing on his new yellow steel steed. 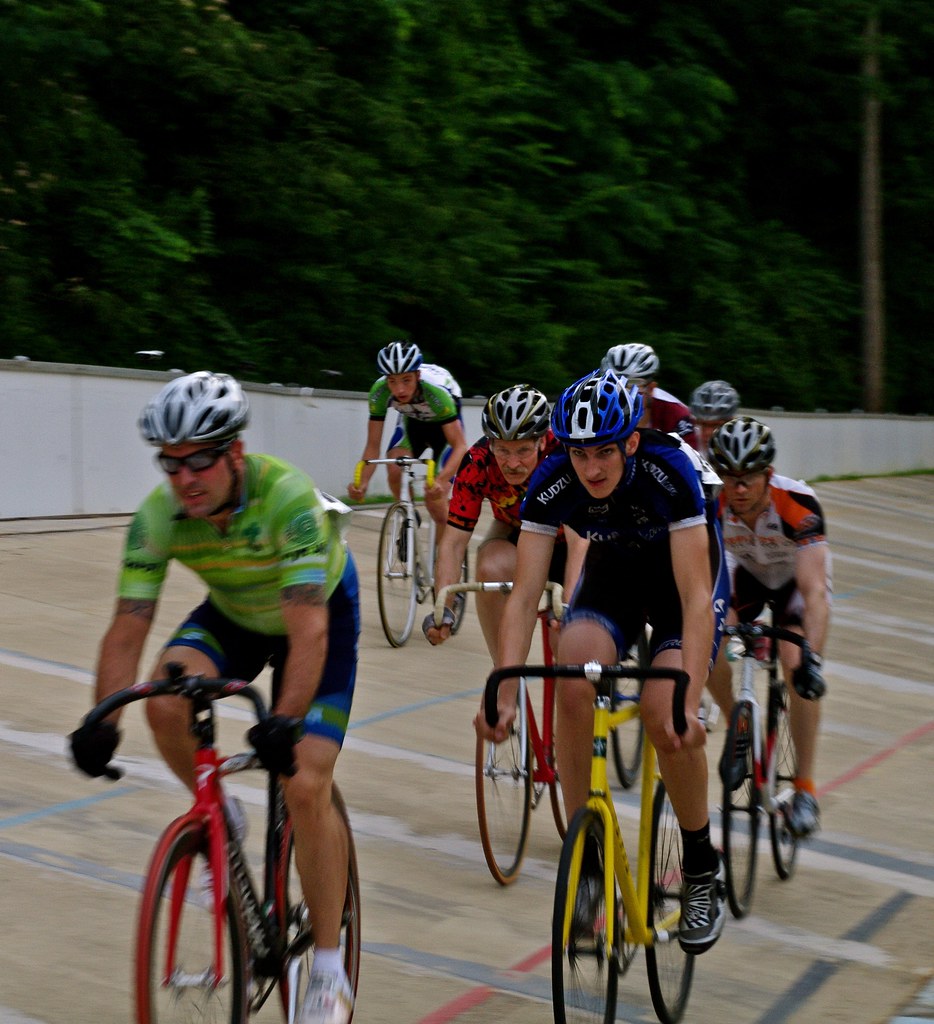 All in all a great night of racing after two weeks off for me. Already looking forward to next week!

Results for the evening are here, more photos here and the previsou recap is here.