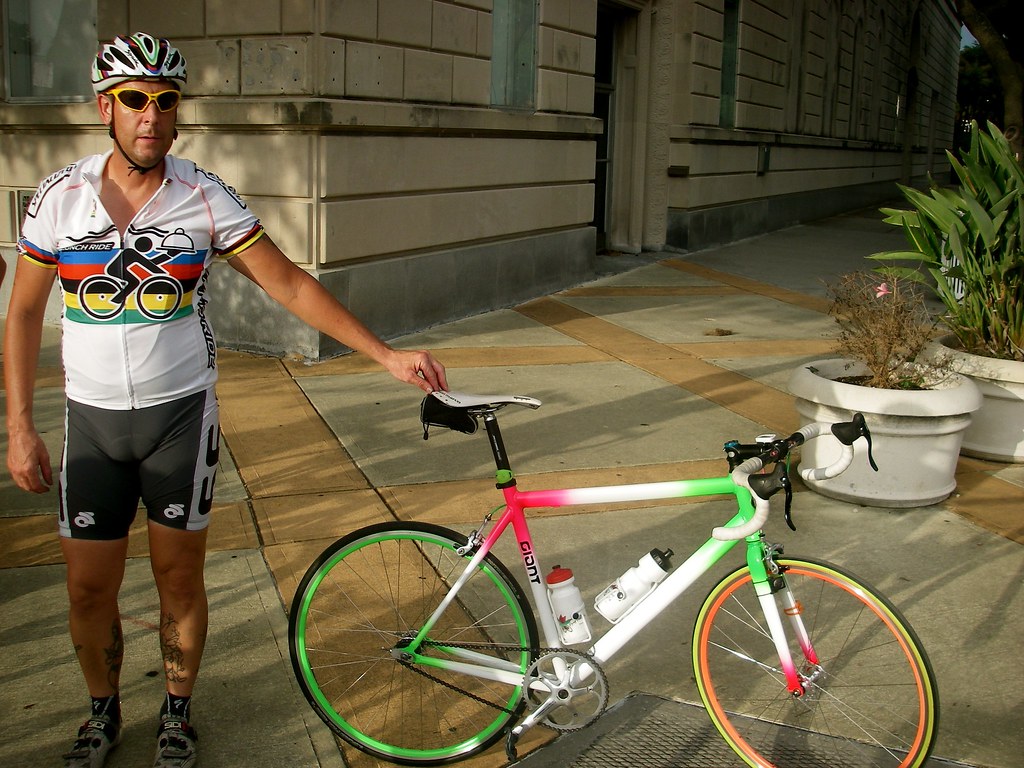 Above is Mike Hall of  Citrus Sports Cycling, he was one of the several riders who braved the weekly

Tough Guy Tuesday Ride put on by Michael at 66fixed.  This ride was predominantly single speeds

but all geared REAL tall (we’re talkin 90′ and up), also outfitted mostly with brakes and all drop bars.

I didn’t know beforehand how heavy duty this ride would be or even that it garnered the toughguy moniker. 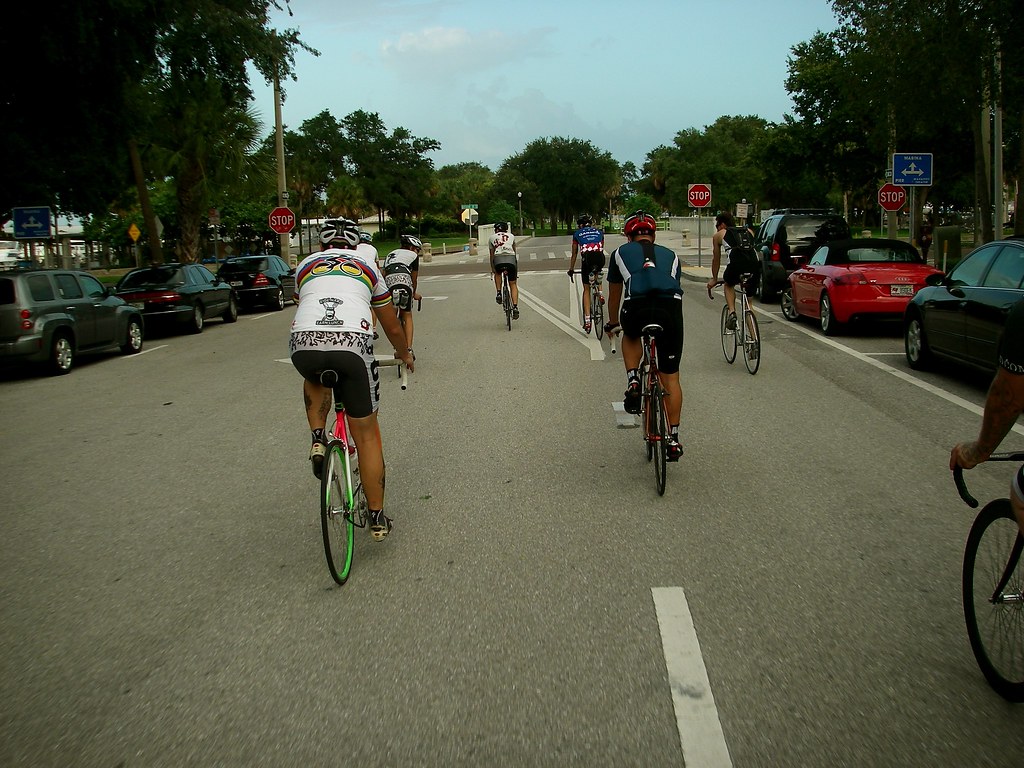 It started off calmly enough, twisting through downtown St. Pete.  Slowly we began to gain speed… 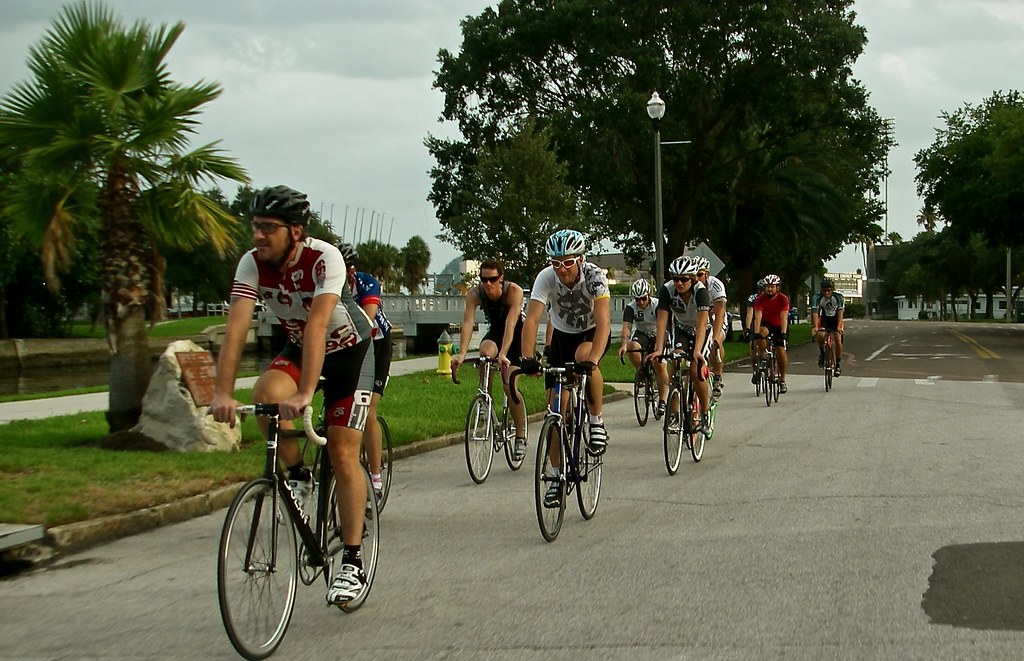 Leading out above is Michael Davis the owner of 66fixed.

He was one of few riding brakeless and the only guy on a smokin carbon Dolan! 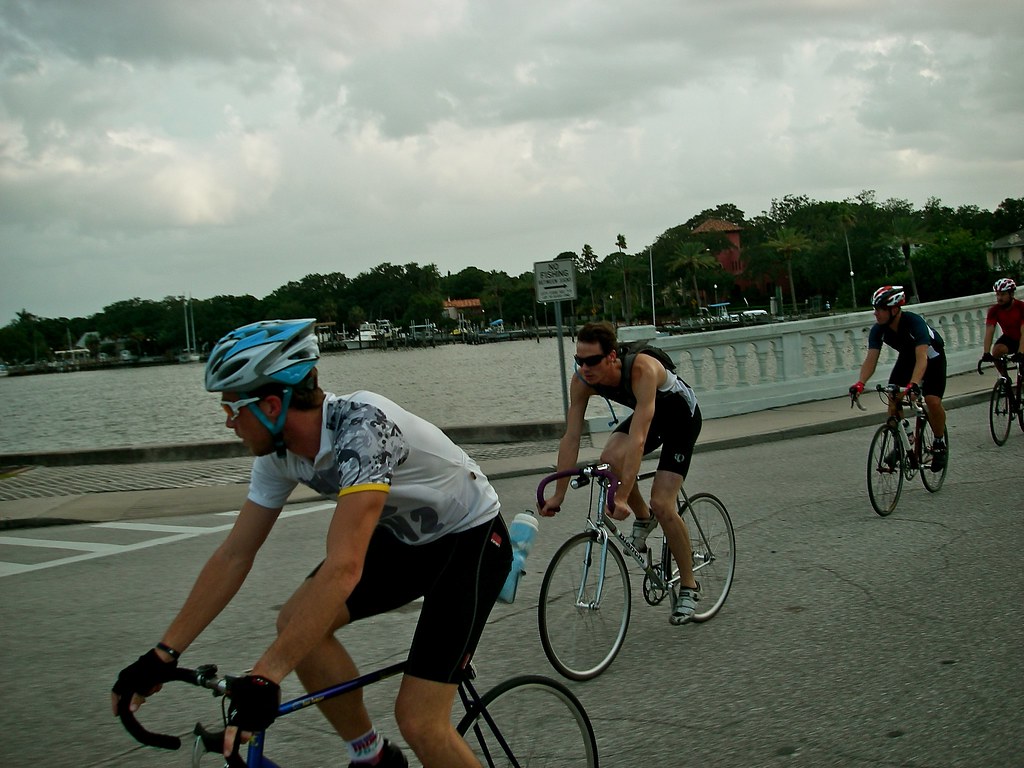 We crossed over the water over by Coffee Pot Drive.  Still cruising steady enough for me to admire the

mansions and scenery as we headed north and picked up the pace. 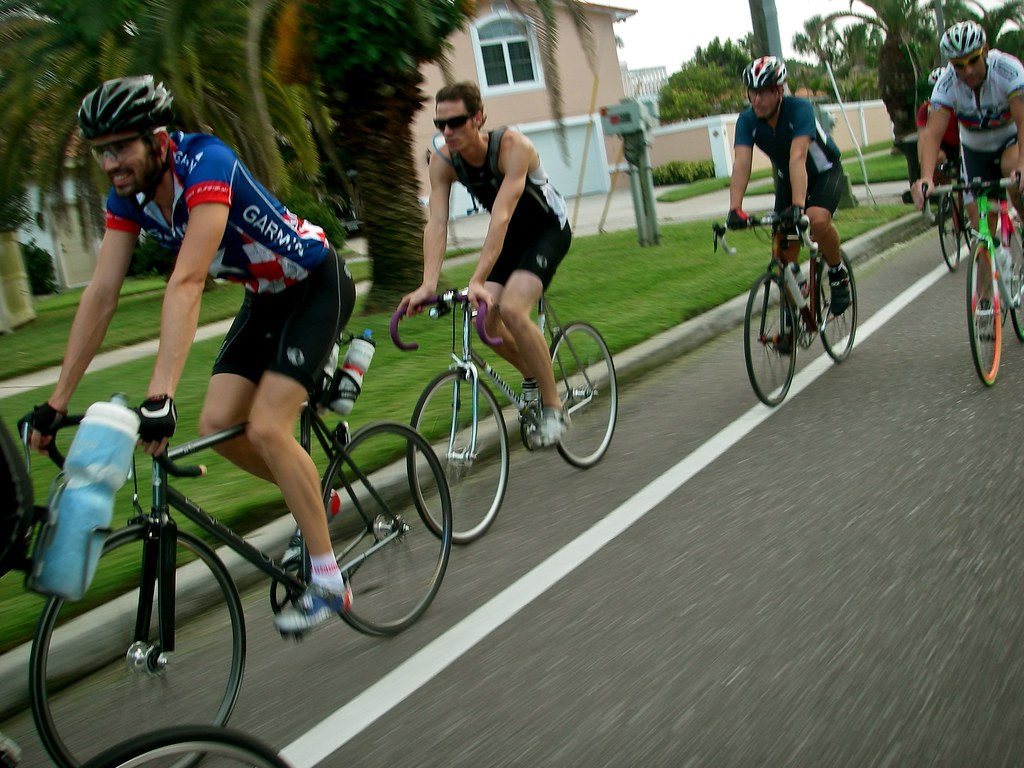 Shortly thereafter a proper paceline formed.  I started to really get a feel for how the other riders handled

their bikes and felt quite comfortable as each rider took his turn pulling.  The tempo consistently

increased without any yoyoing nor squirrely swerving.  There wasn’t much talking but a lot of spinning. 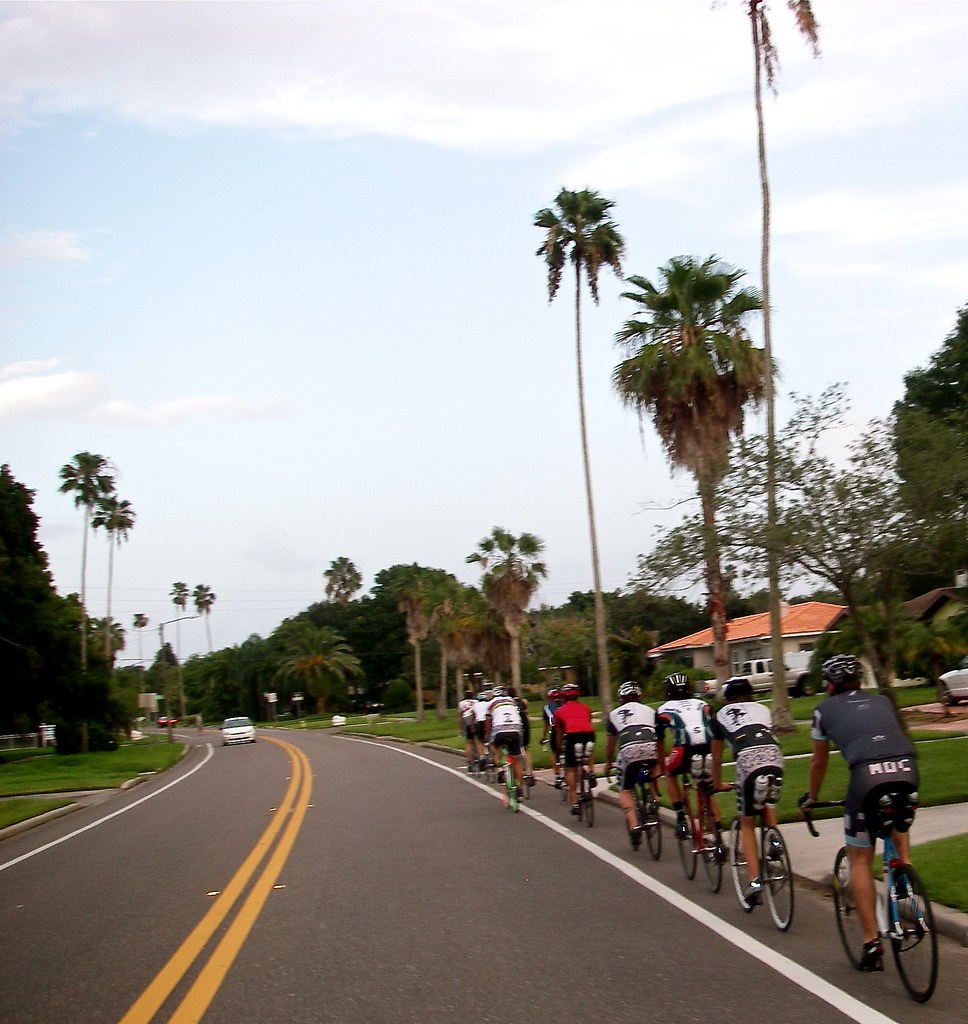 Bringing up the rear in the peloton above is Shaun repping House of Common way out in Vegas!

Some sections included miles of 26+ mph.  Imagine miles of hillless headwinds, seldom lights and ape’n it! 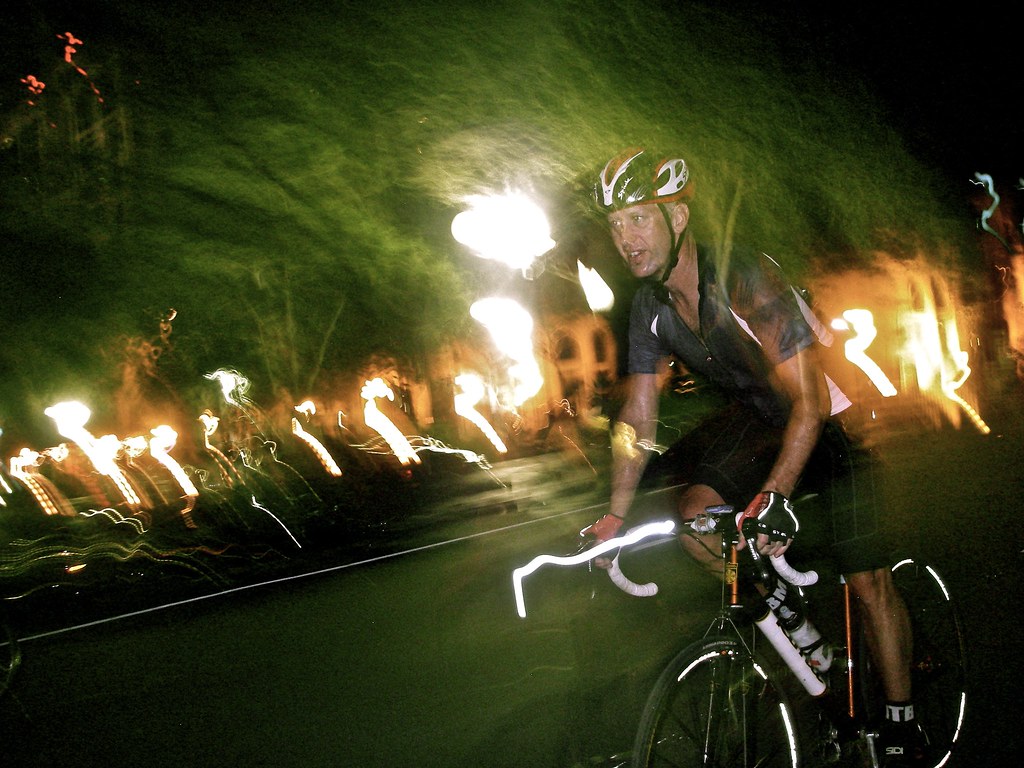 Above is Bob Croslin, who though pushing a whopping 53×16 still felt “spinny”.  WTF?

These guys were machines.  Though one by one the pack thinned and by the time we got back to the shop,

it was yours truly, Bob above and the two riders below. All on track bikes but me on my Kazane road rig.

On the flats gears gave me no advantage over the perfect pounding cadence of a track bike. 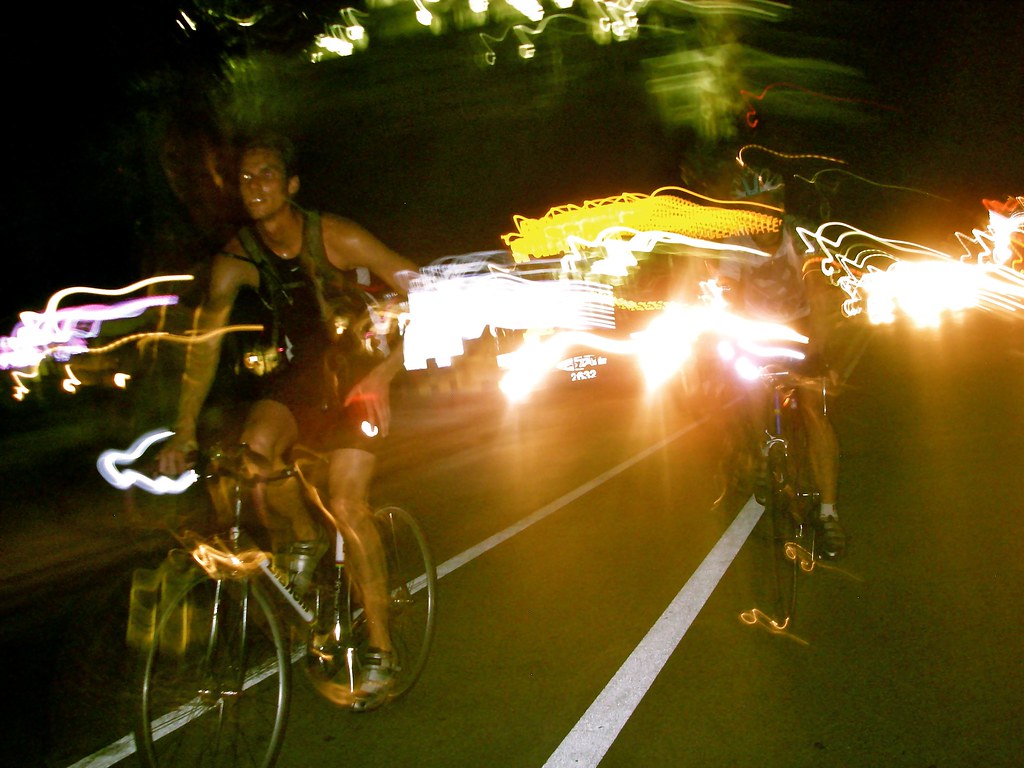 Ultimately I was very impressed with this ride! The riders were all super friendly and even waited up when

I had a flat and beforehand when a guy had an issue with his rear wheel.

valiant pulls, congratulations for brutal sprints and how beers were drank once guys pulled off. 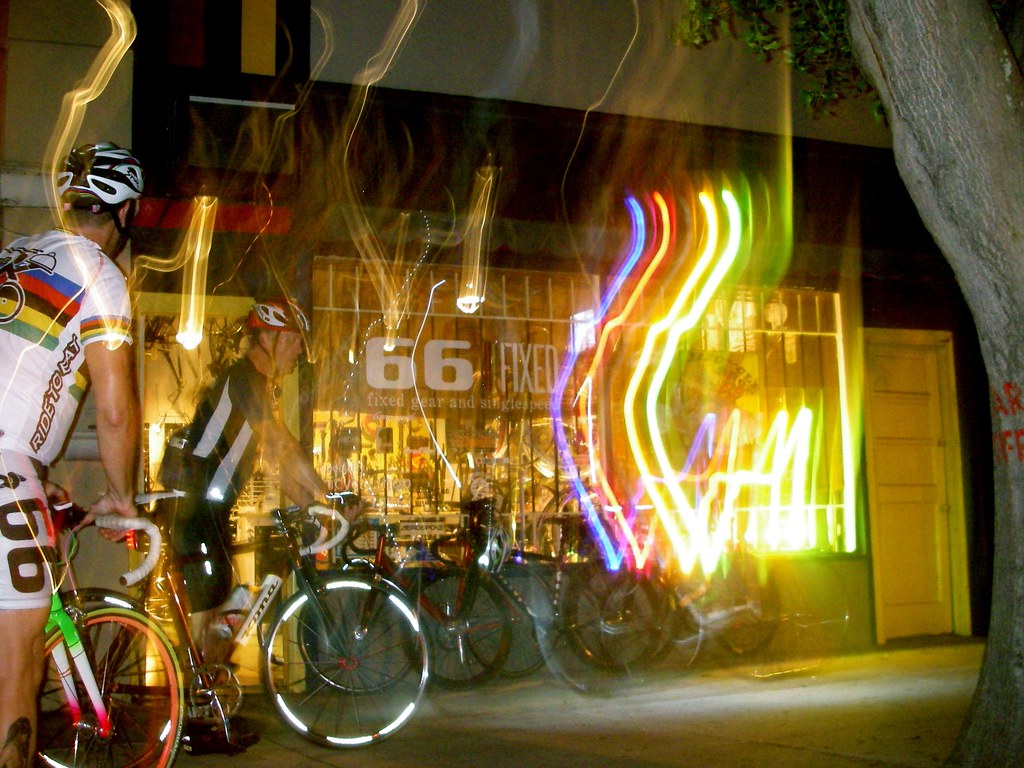 and I will be sure to roll in this one anytime I am in town! More on the shop here. Thanks again guys! 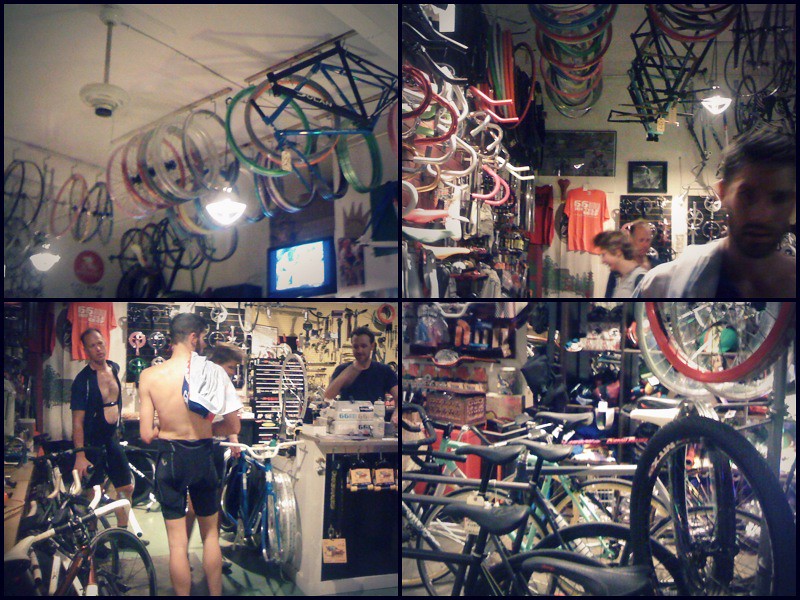