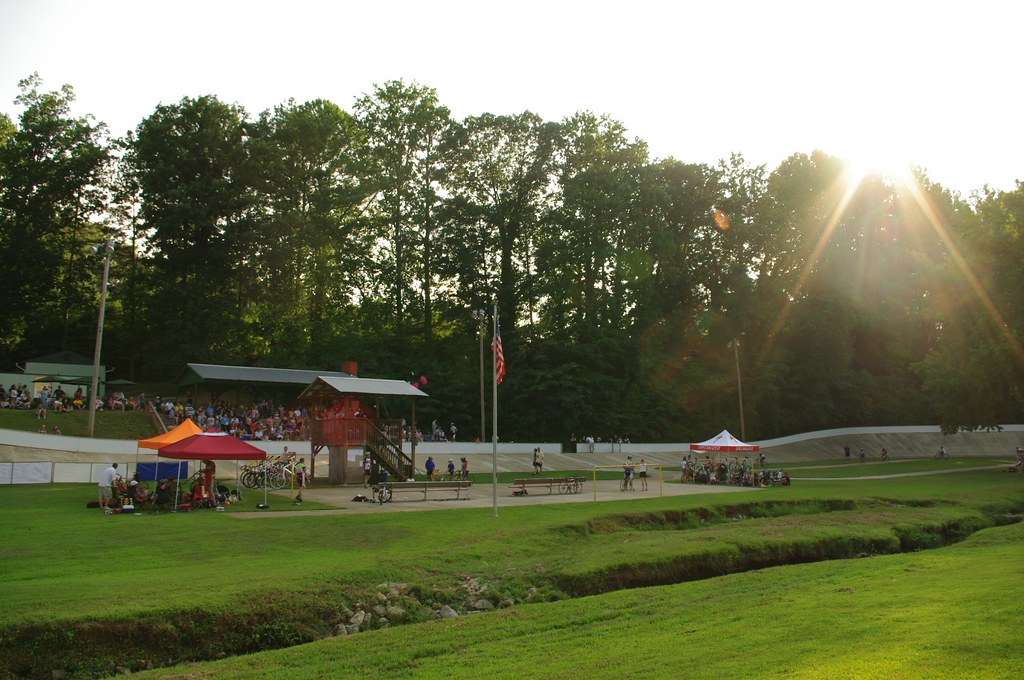 Talk about overdue! The Omnium occurred way back on July 10th! It was an epic day of racing at DLV

and certainly deserves a full write-up no matter how delayed. 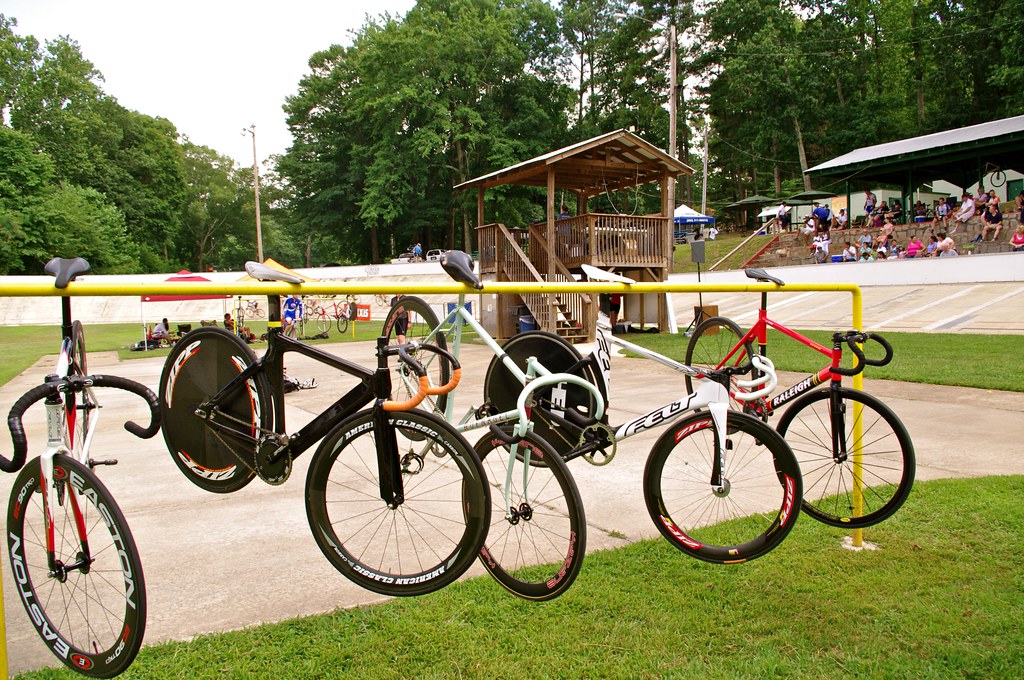 This was my second festival racing in the A category and first rolling on newly acquired Kazane wheelset.

It was also my first to be featured in the riders to watch column. Still not sure how that happened!

Above is my trusty Hufnagel amid a strong mix of carbon & alloy. I may have been the only competitor

to bring steel to battle that day in the A’s but I feel steel serves one well at our track. 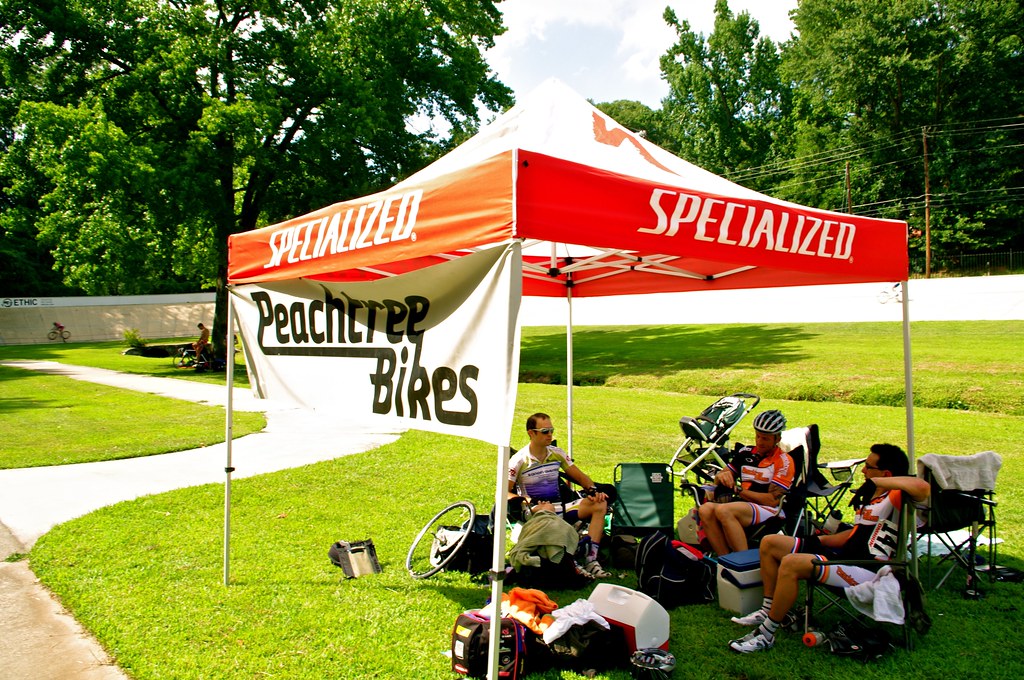 It was a great place to relax between races but once we were on the track it was all business. 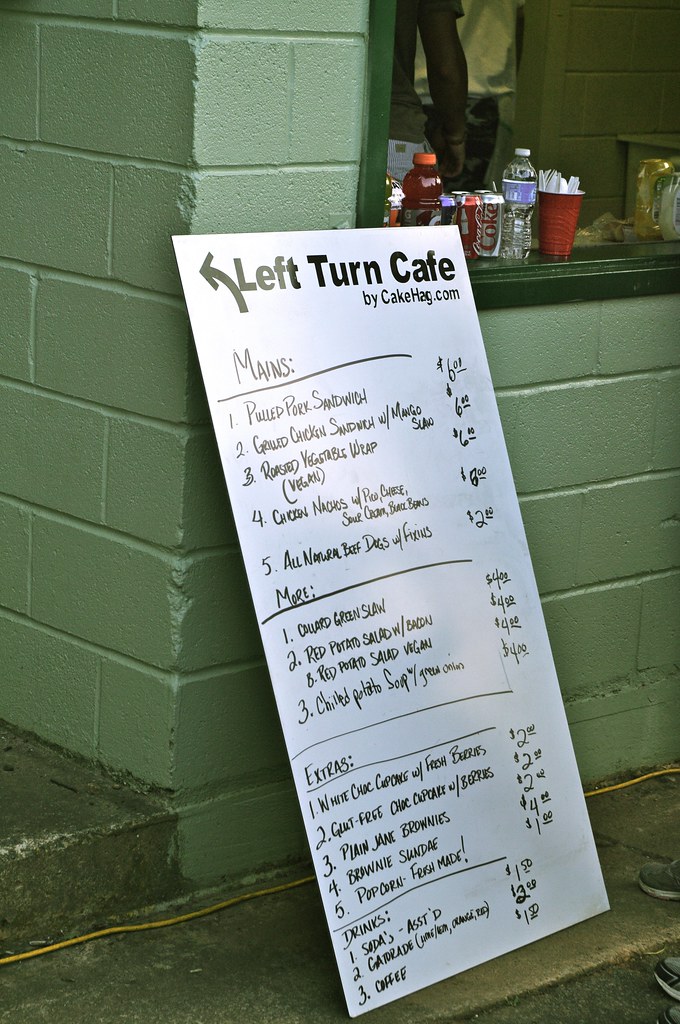 Attrition?  What attrition? All the nutrition a racer or spectator could ever need for the white-knuckled

action at the Dick Lane Velodrome was provided by the lovely ladies at Cake Hag. 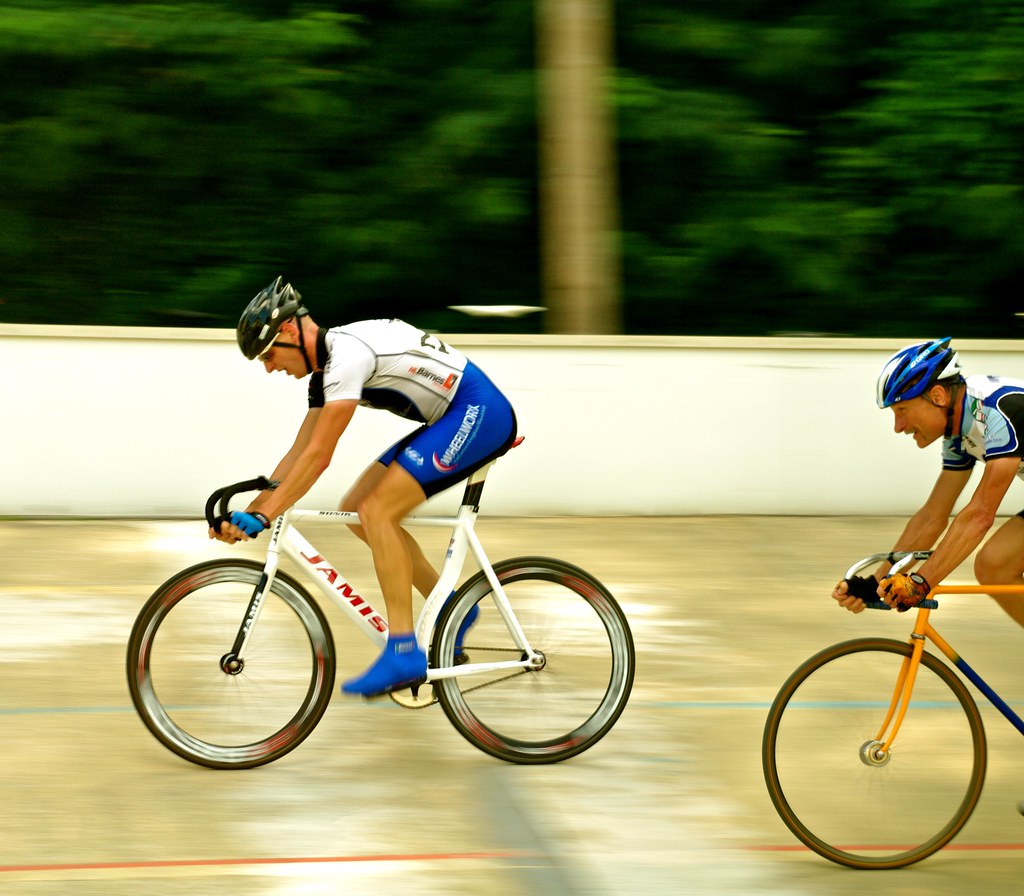 I slept on photographing the C & B races!  Above is a nice shot of former B now A

and third overall winner GW Wenzel.  For more race photos of not only the B’s but the whole day 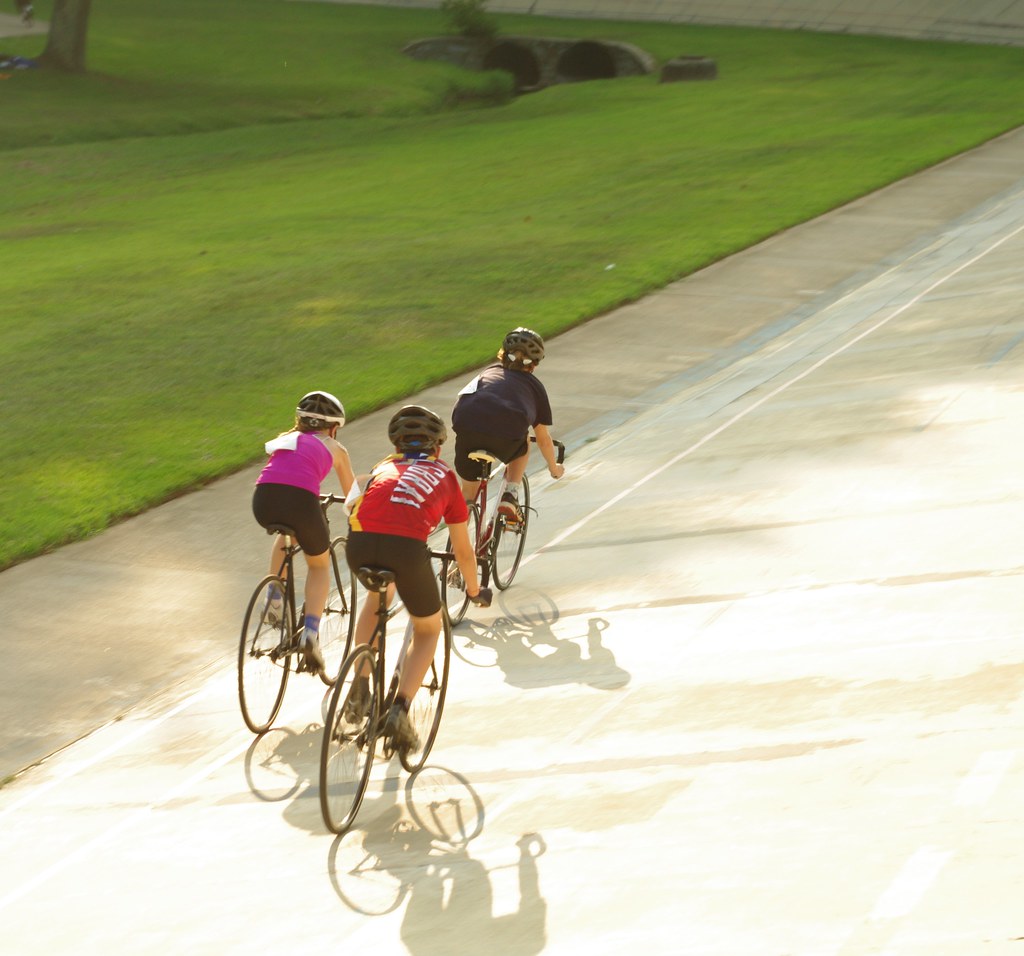 I did manage to snap some solid photos of the Bicycle Little League races.  These kids really will inspire you

with how hard they push it and their earnest efforts are duly recognized here at the velodrome.

Check out these sweet medals! 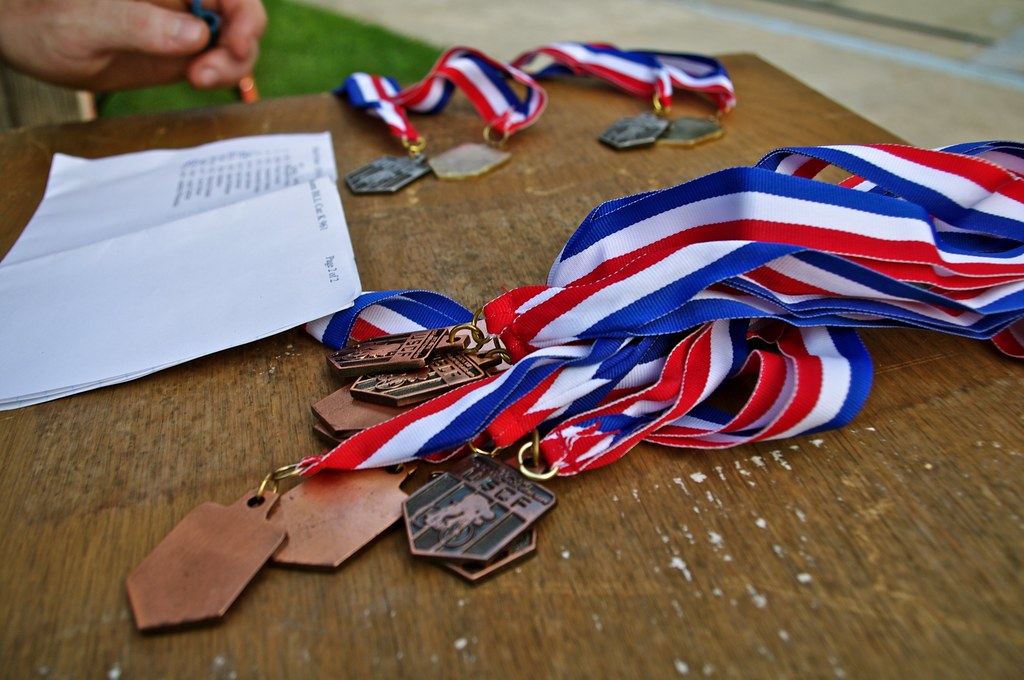 Pictured below are some shots from the Little League podium.  You’d be surprised how quickly these guys

end up racing on Wednesdays and even go on to conquer state, national and international races! 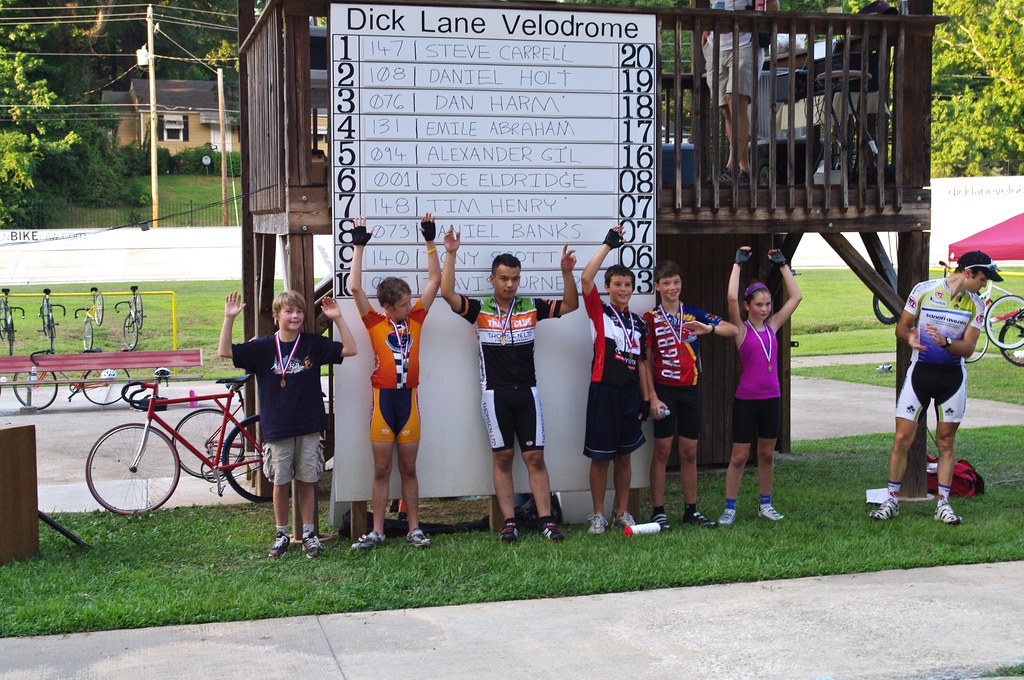 Its a wonderful program that our track offers and it FREE! More info on the BLL here. 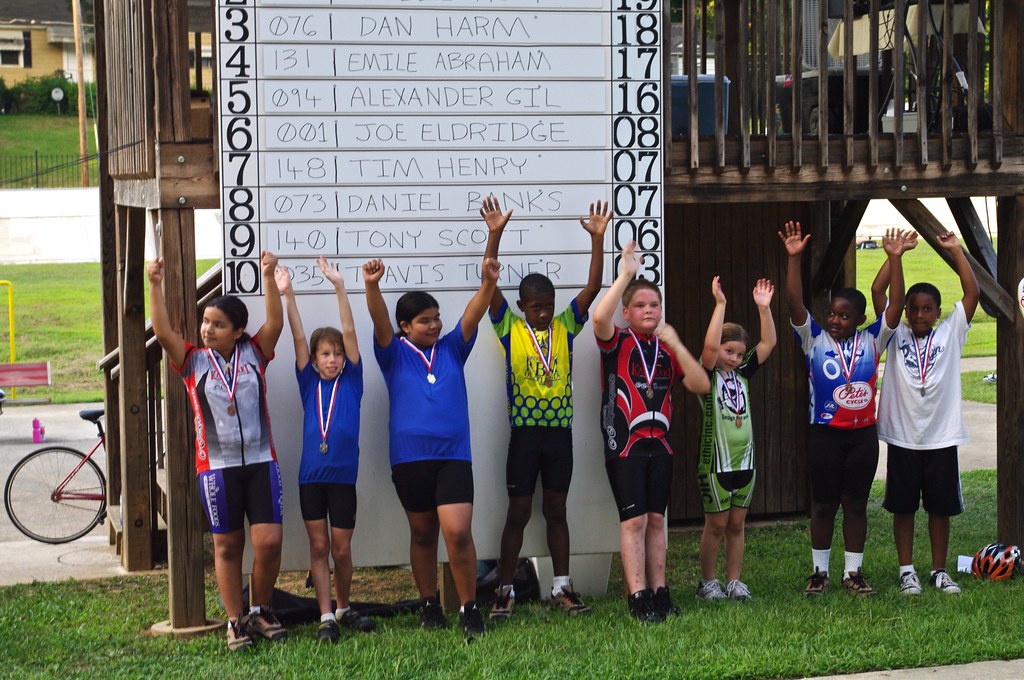 Once again Scott Patton of Fixed Gear Fever did an excellent job announcing! Check out a recent video of

Scott, a regular racer here at the DLV,  battling ATL traffic on the daily with 11 Alive’s Commuter Dude here. 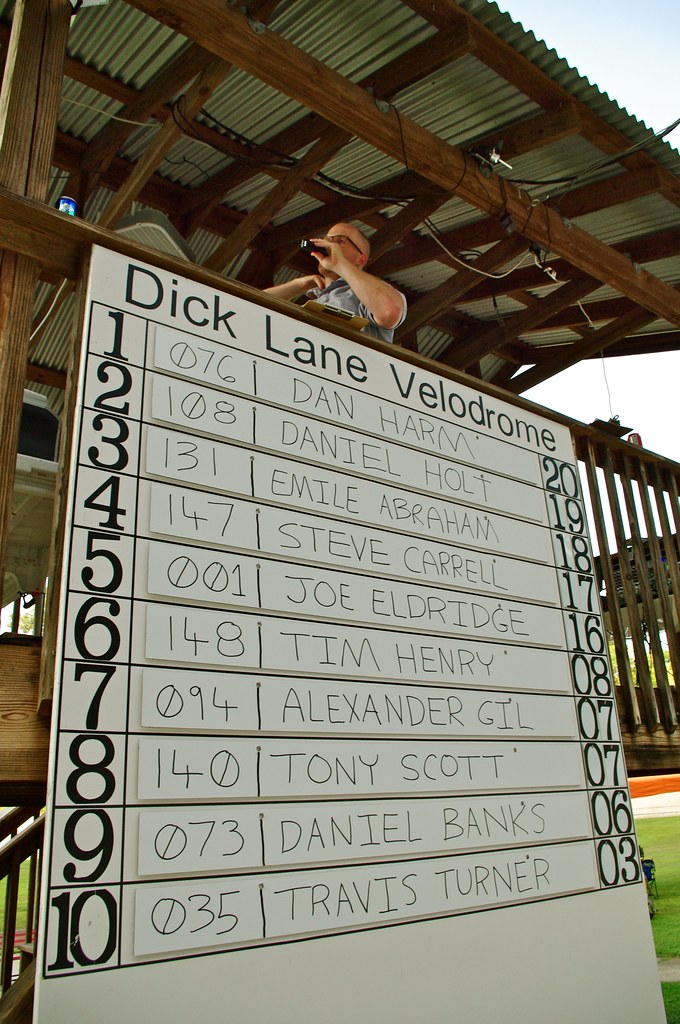 Back to the CAT A  riders that brought down the hammer throughout the afternoon and evening.

Below is Travis Turner of RBM Cycling.  Travis is a familiar face here at the track and road events in Atlanta. 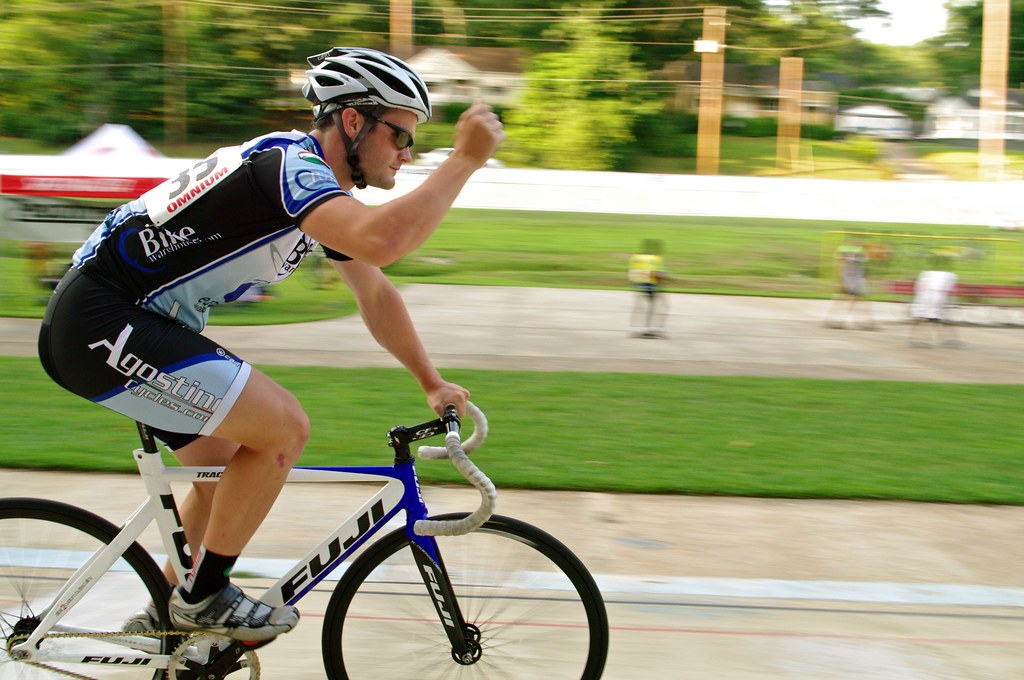 Keirin last Festival.  Alexander obliterated the competition in the flying 200 the night before with a 11.79! 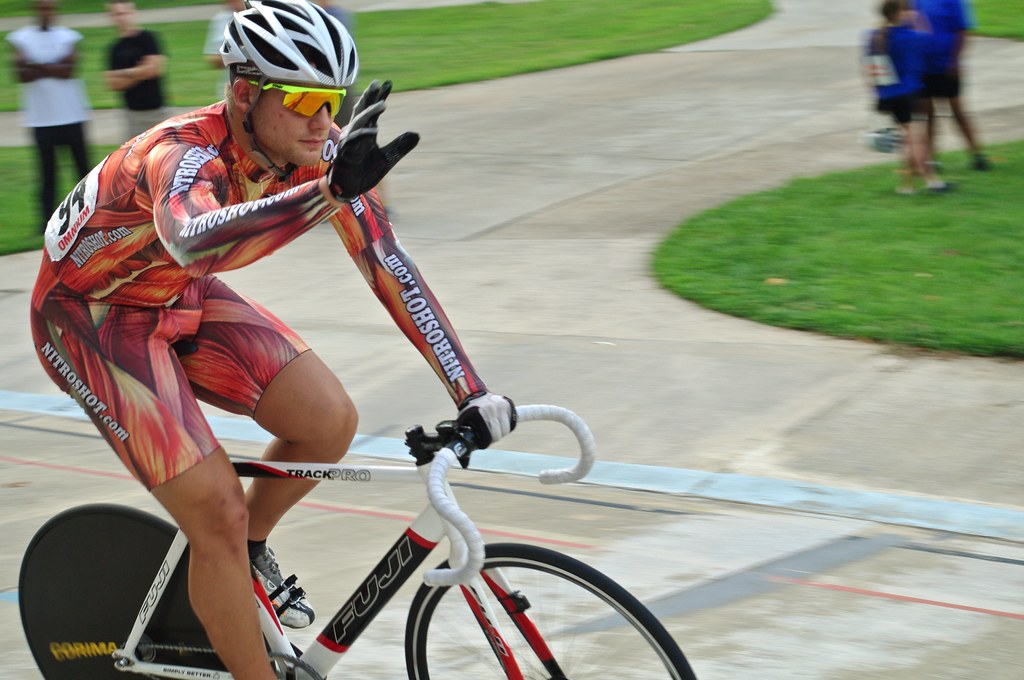 recently at the track.  This did not slow him down at all.  Steve, along with Adam Payne & Tony Scott won 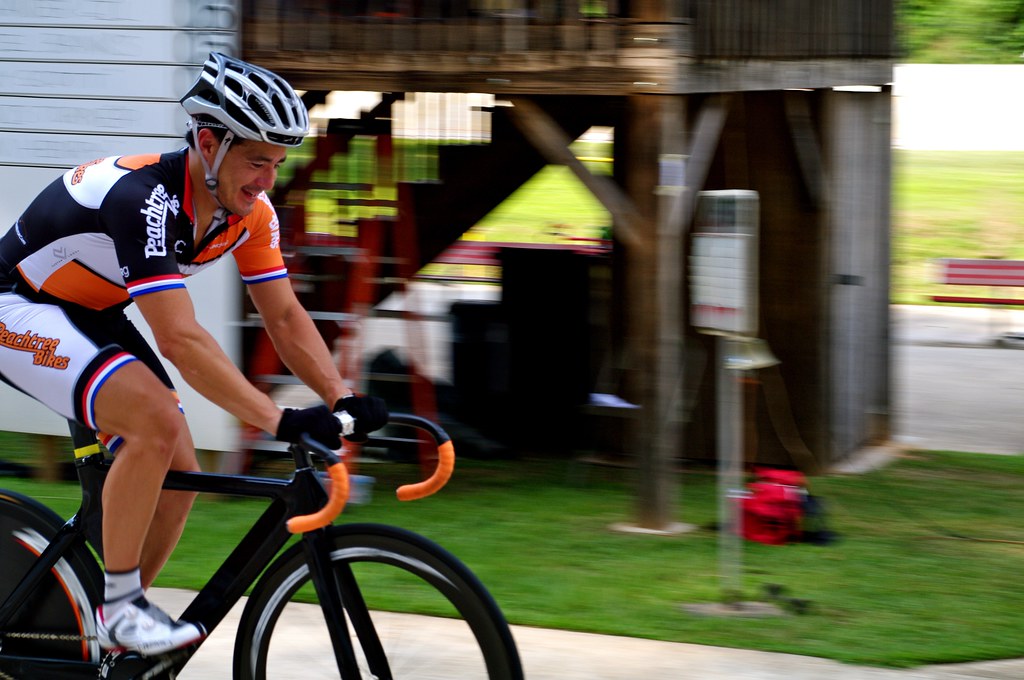 the sprints. One of Joe’s career highlights is winning RAAM as a part an 8 person team in 2007. 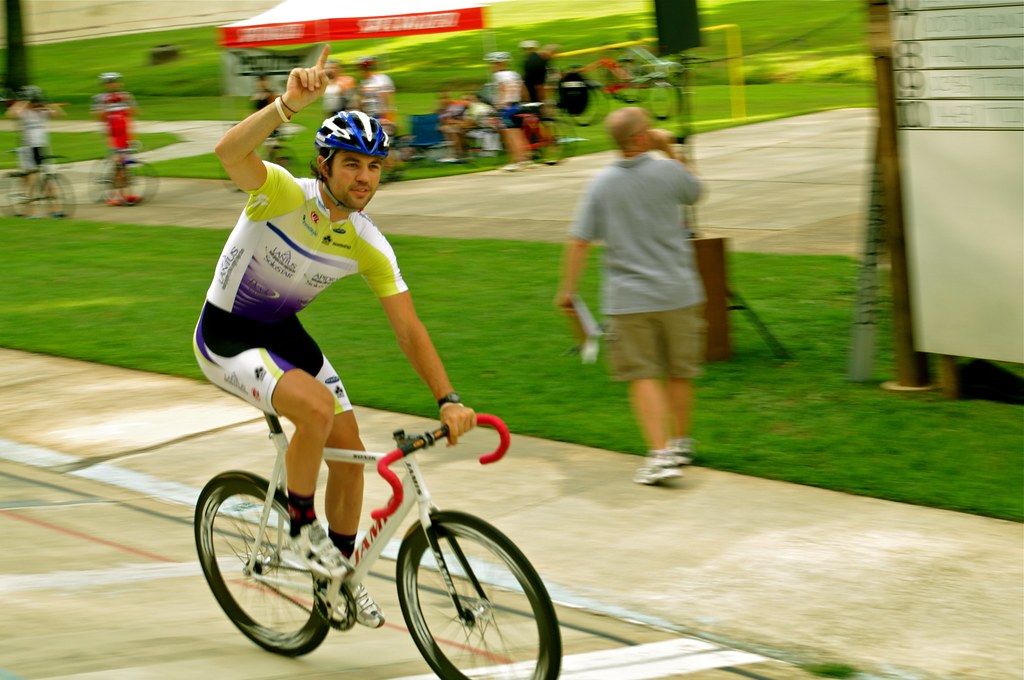 Haling all the way from Seattle (he drove!), Dan Harm ( @chasingharm )  raced for AeroCat Cycling

alongside Emile Abraham.  Dan has “a theory in life that you can only make the best decisions in life

once you experience everything”. Check out this interview on PezCycling News with Dan including his near

Olympic achievements here. We’re glad you mad the trip Dan! Yet another Dan was… 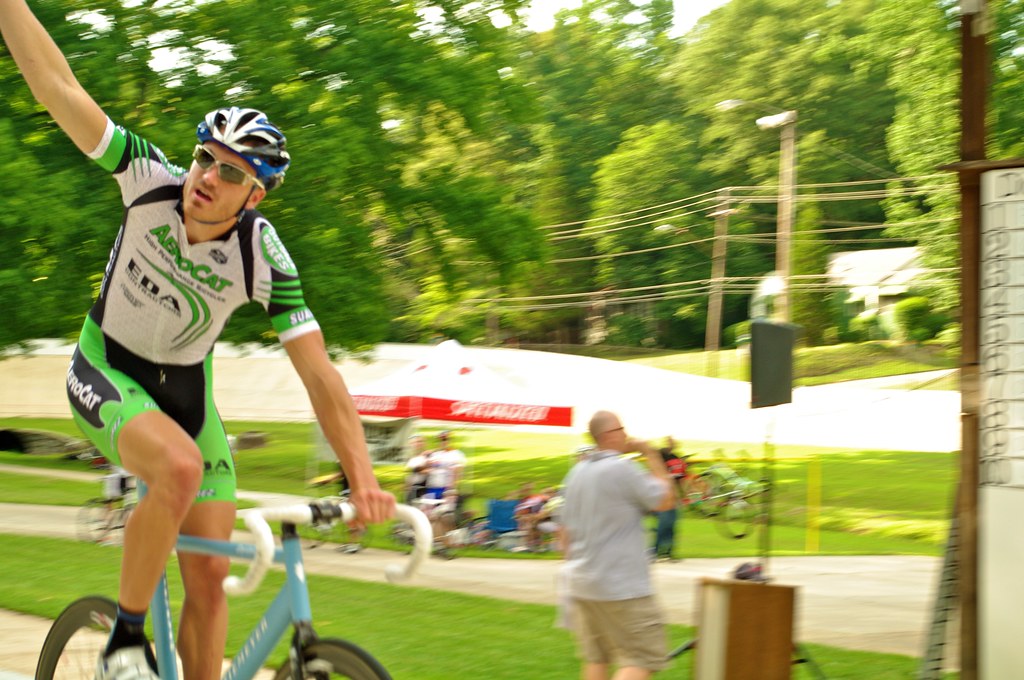 where his wife, Janelle, is a meteorologist at the local airport. He, along with teammate Joe, represented 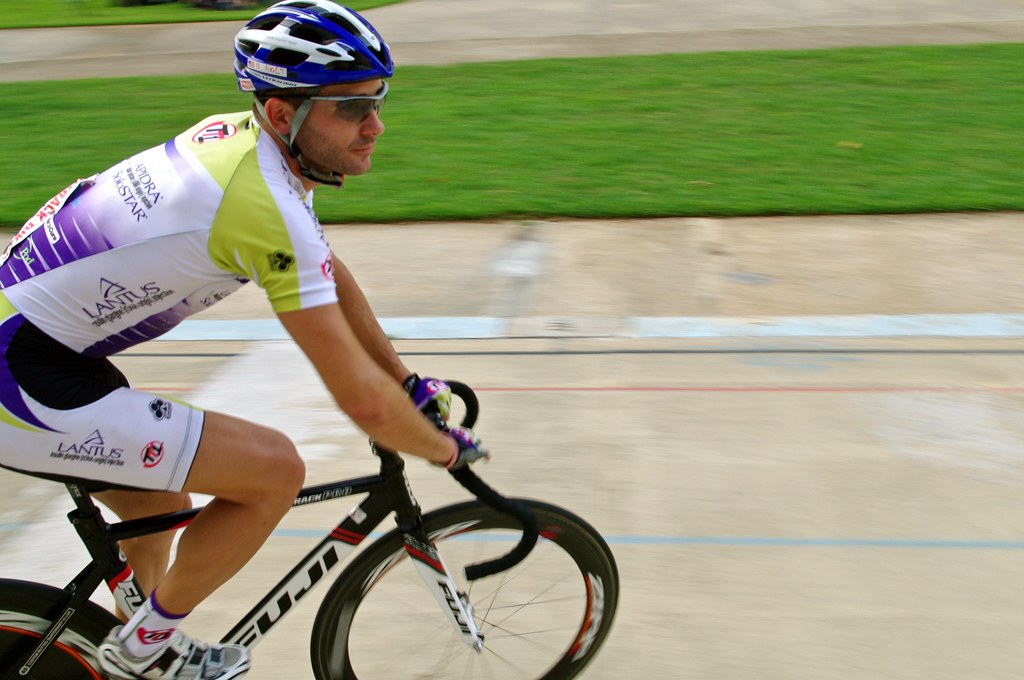 Emile Abraham was the overall Omnium winner.  Emile is well known racer here in Atlanta. He is one of the

most accomplished cyclists ever to come out of Trinidad and Tobago.  He will tack this victory upon a

and a silver medal in the men’s individual road race at the 2007 Pan American Games.

Read more about Emile in this PezCycling News interview.

Emile rode to a paper thin victory at the Omnium!  He and the two Dans provided such a closely contested

race that it actually landed all three racers at 27 points.

(racer Daniel Banks actually made 3 Dans in the A’s!)

Can someone remind me how this tie was broken? 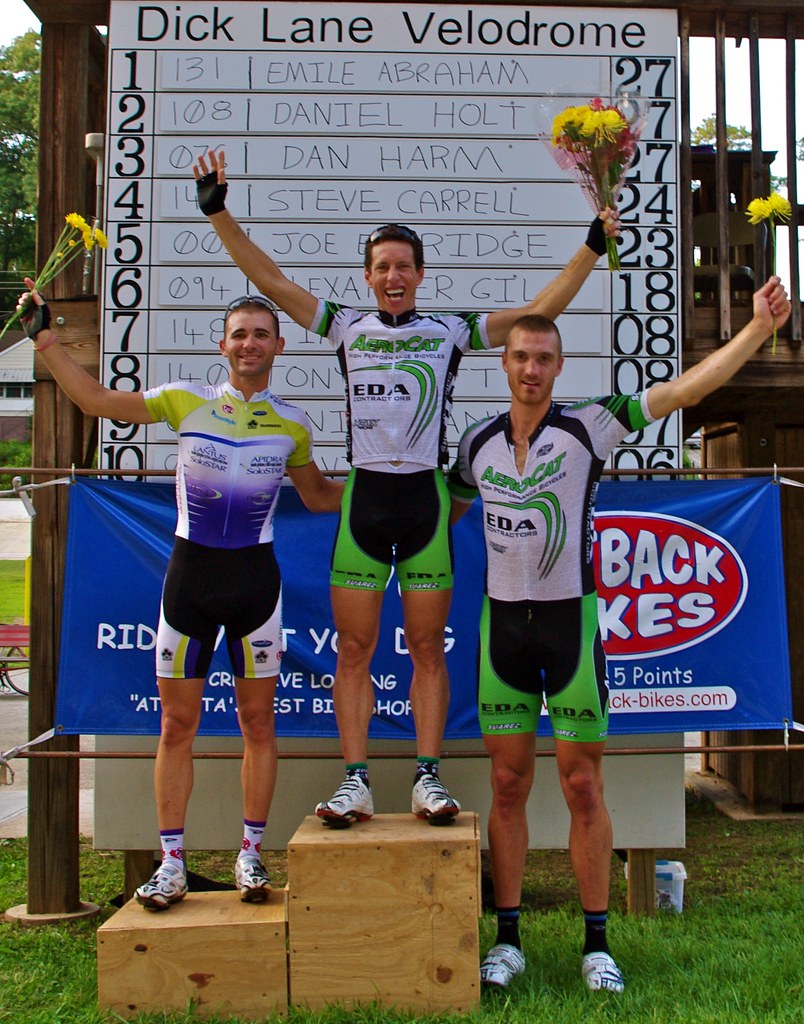 Congratulations to the winners for achieving such results in a strongly stacked field of very fast contenders.

at Dick Lane a consistent one!  Finally thank you to Outback for sponsoring, the race organizers, volunteers

and especially the fans for ensuring the day was one not to forget! More photos are here & results are here.