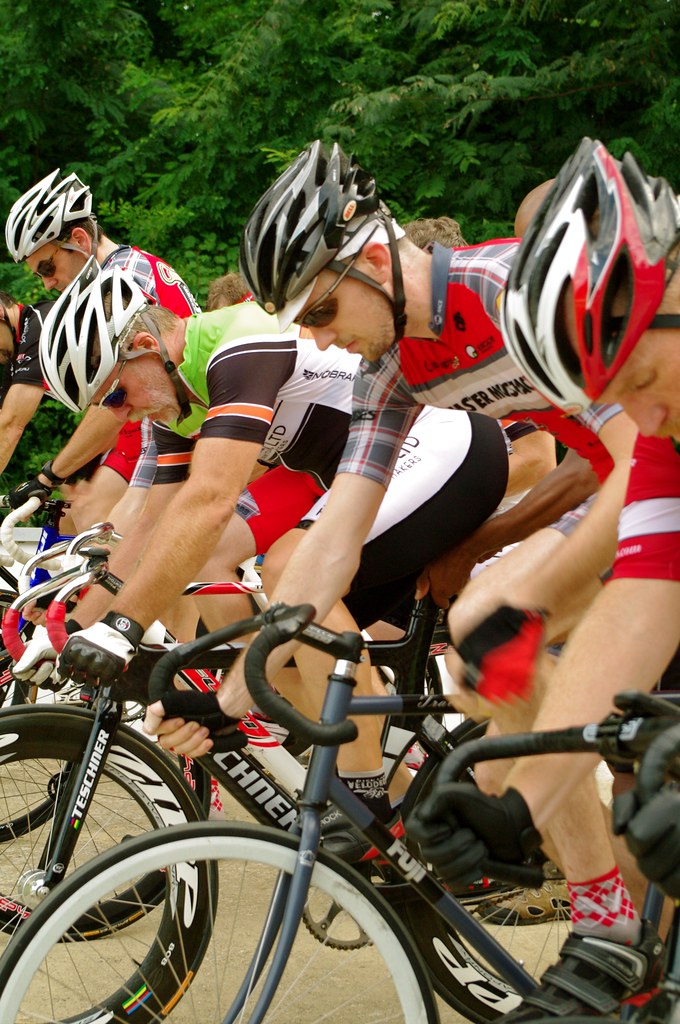 Last night was record night at the DLV.  Though no records were broken, the racing was just as fierce! 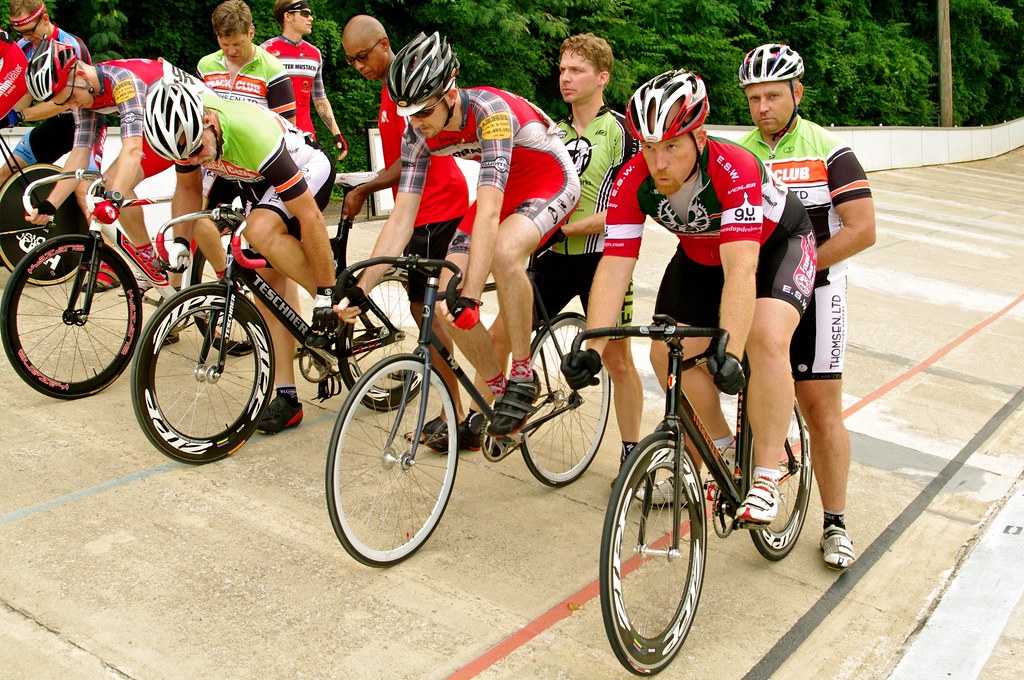 This Wednesday Night Recap will focus on but one of the races of the evening:

B Category, Chariot A 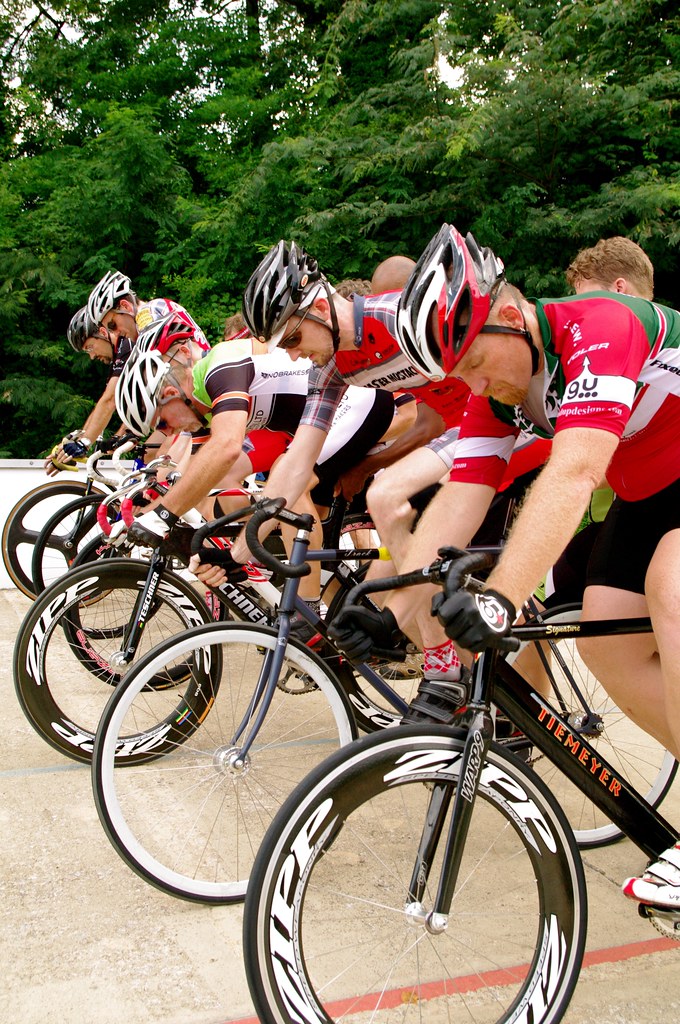 Let me start by saying: I fucking love Chariot races. Though my last two have sucked (AKA I didn’t win)

But, there are lessons learned each time.  Let’s review using this race as model.

Notice Pete’s sneaky grin below? That cracked me up. Ok, back to the Chariot… 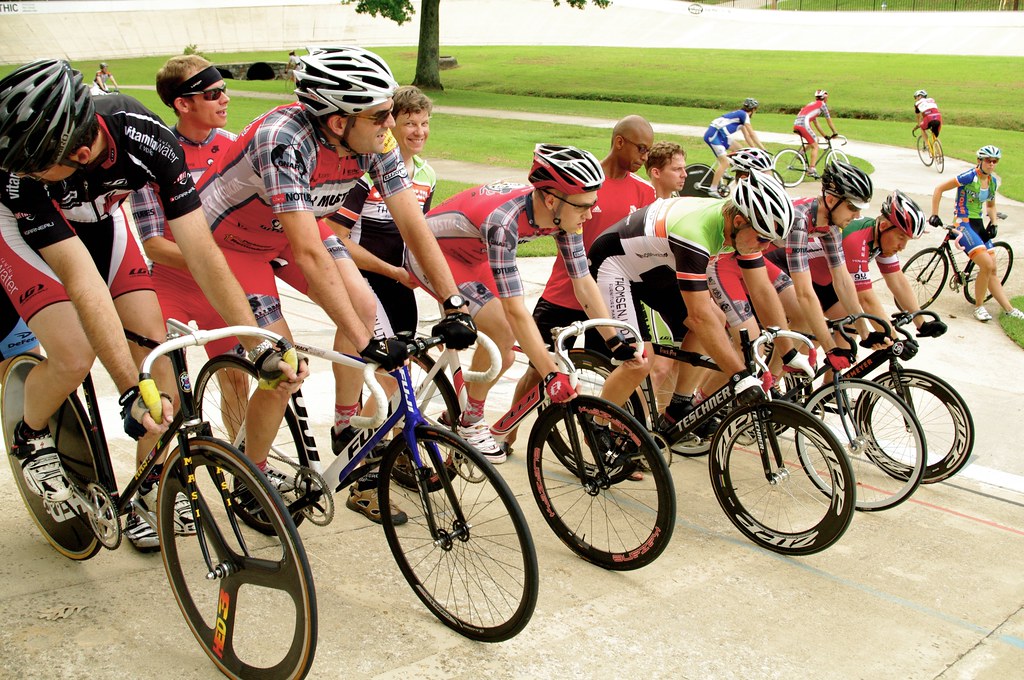 Below is THE moment the bell rang.

Off the start Scott Patton (far right) and Bill Thomsen (in green) get a great jump.

If you scroll back up you’ll notice their right feet are at about 45°.

In fact, EVERYONE has their ‘right’ foot forward but Chris Kelly (on Bill’s right.)

I don’t know the significance of right vs. left on the banking but the cranks arm angle is key. 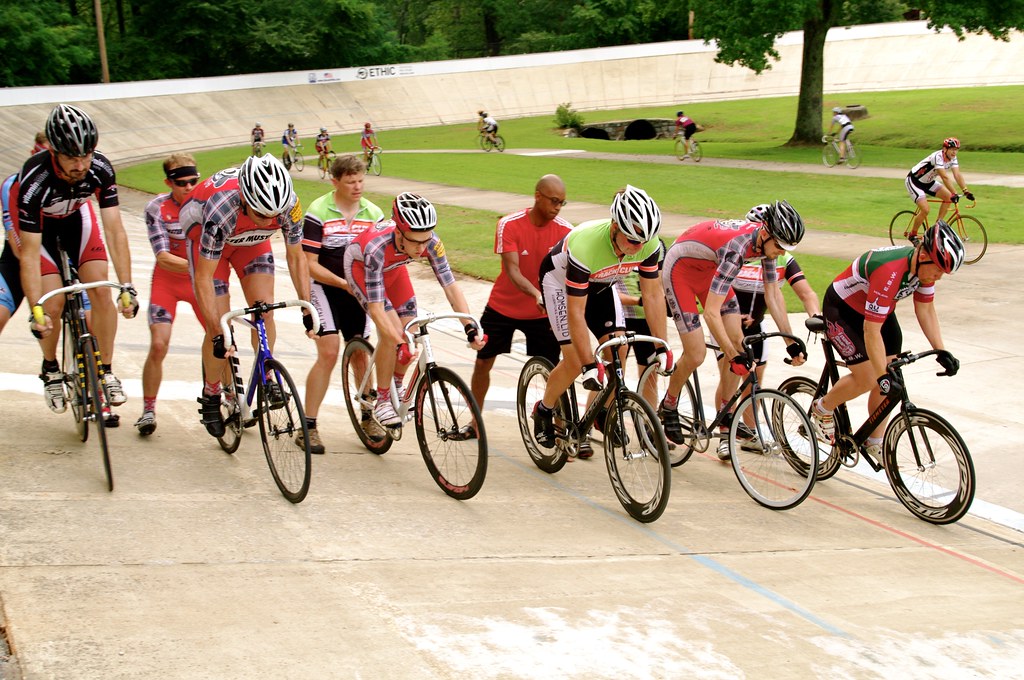 One moment later and so much has changed.  Crank arm angle is now eclipsed by brute strength. 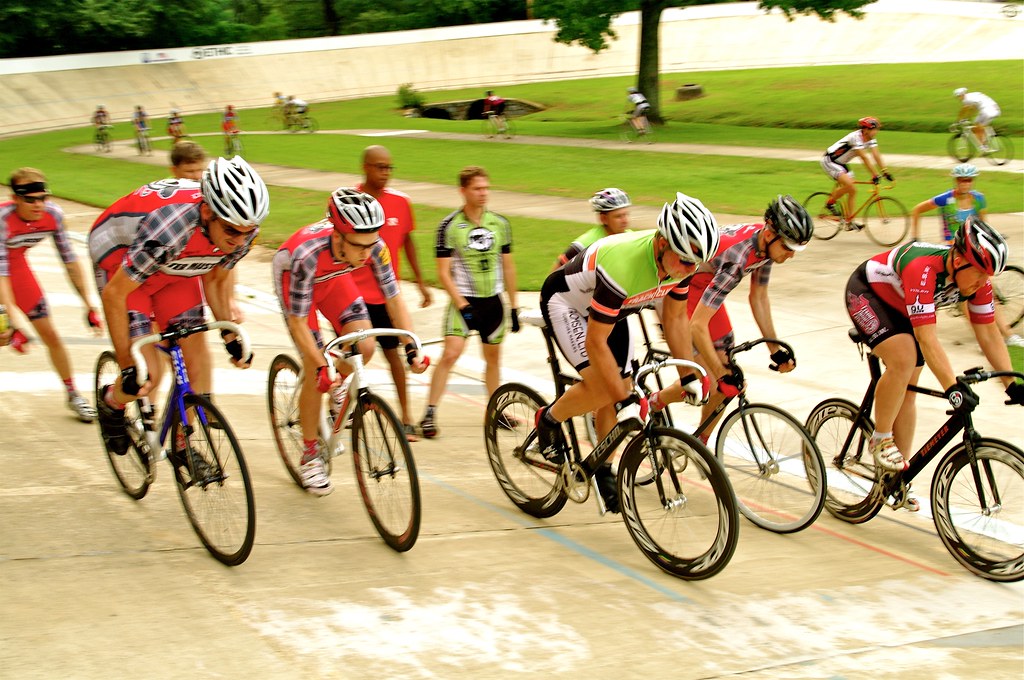 and might be inclined to assume the 3 victors of this race:

But so much can change in only one lap. 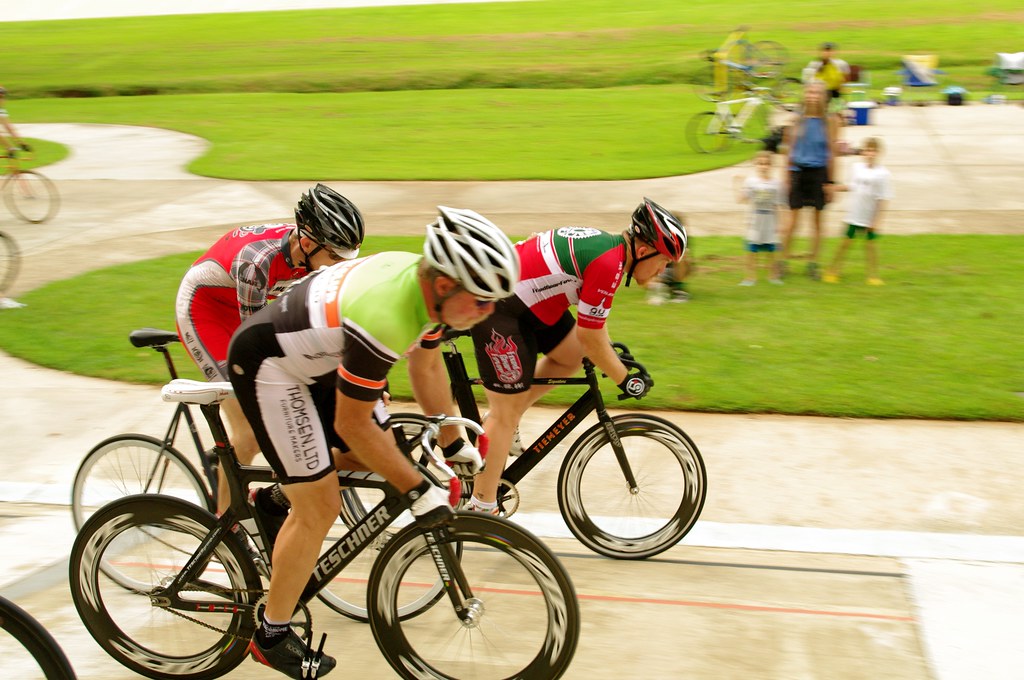 Notice that Scott is down on the apron. Sometimes starting low is a bad card.

If you are not off the front, other riders wil swoop down from up track make is very hard to catch up.

Any advantage of using the track’s bank for gaining speed is zapped for him on this race.

But, as even as this Chariot started, out all bets are off and the banking is rendered pretty useless. 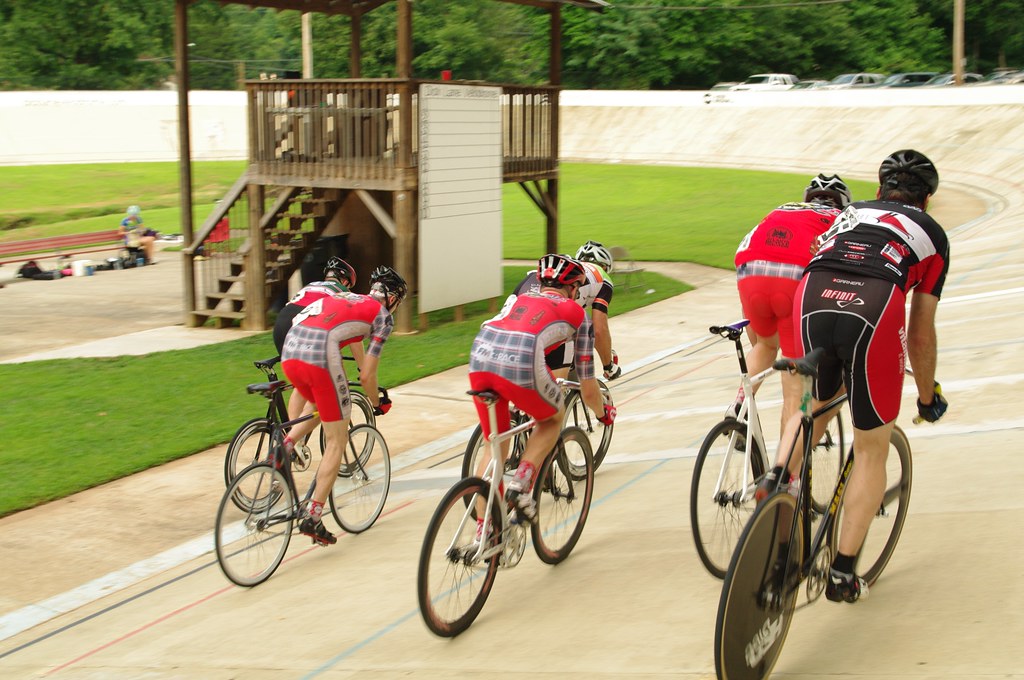 Let’s watch the final sprint from turn 4, where it is all decided. (…wait isn’t the Chariot itself a final sprint?)

There you have it. From a solid start to a crushing lap long sustained sprint coming down against

Jason Atwood, Bill Thomsen of Thomsen LTD decimated a field comprised of riders less than half his age! 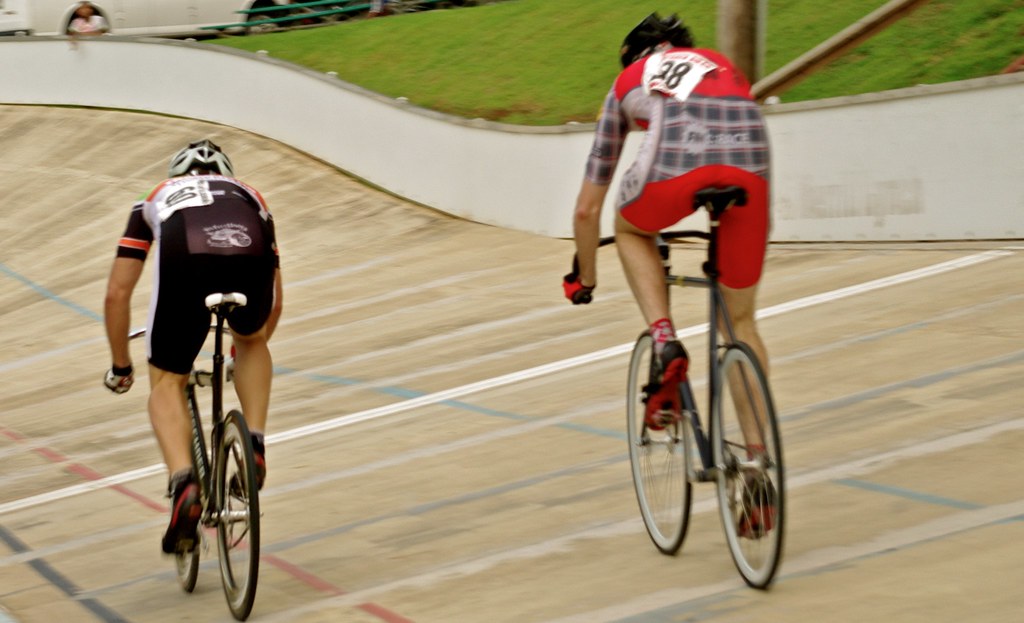 In other news of the night:

Lastly,  If you have time Sunday: volunteer at the DLV’s first ever Junior Track Classic 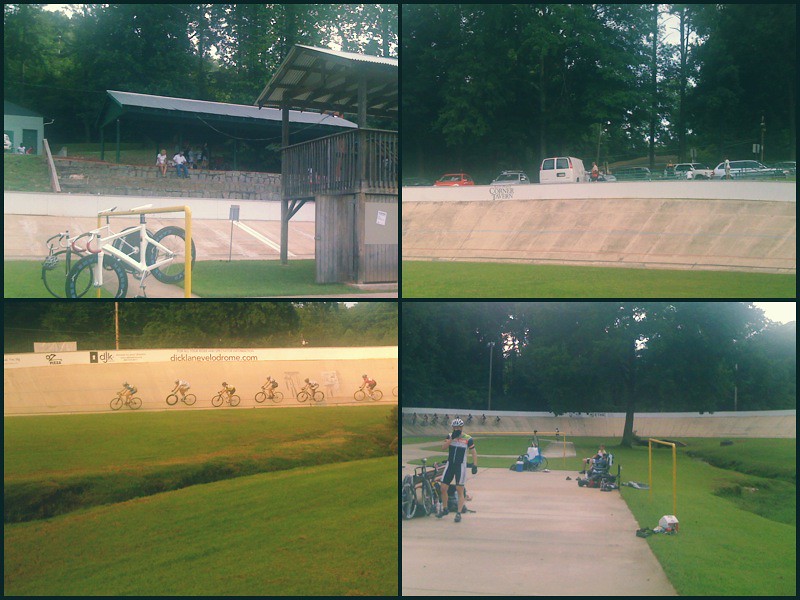