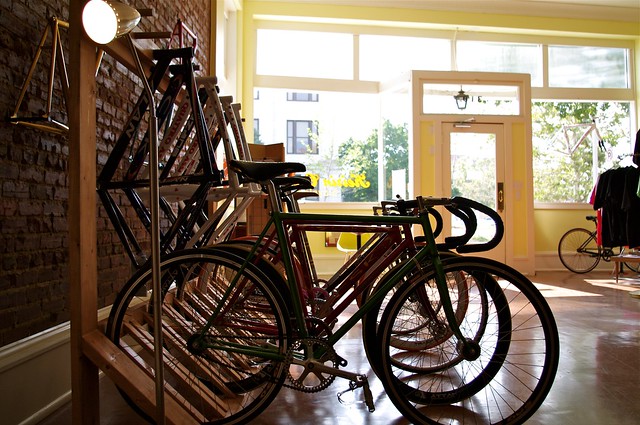 The last stop on my road trip thru DC, NJ & PA was in Roanoke to visit my long time friend

Stratton Delaney of Keirin Culture & Kazane Bikes.  I’ve mentioned before that I first

in his shop which he opened here  in November of 2009, garnering some local press. 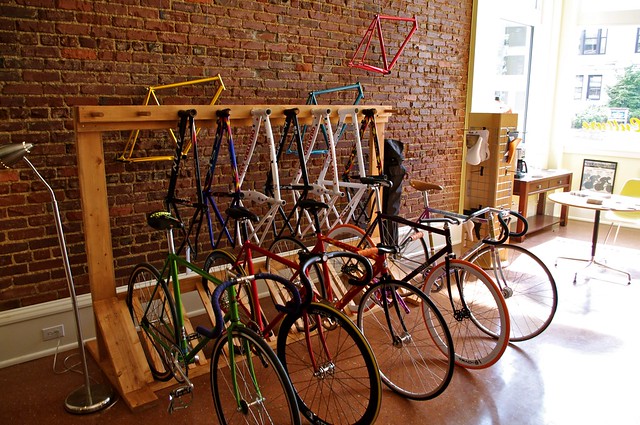 He has his shop stocked and set up uniquely.

That is, that the bikes and parts in stock cover the common basics yet also coveted rarities

and everything is displayed creatively, like the custom display above.

Beyond the inventory and array of eye candy are trinkets from racing in Japan and Korea. 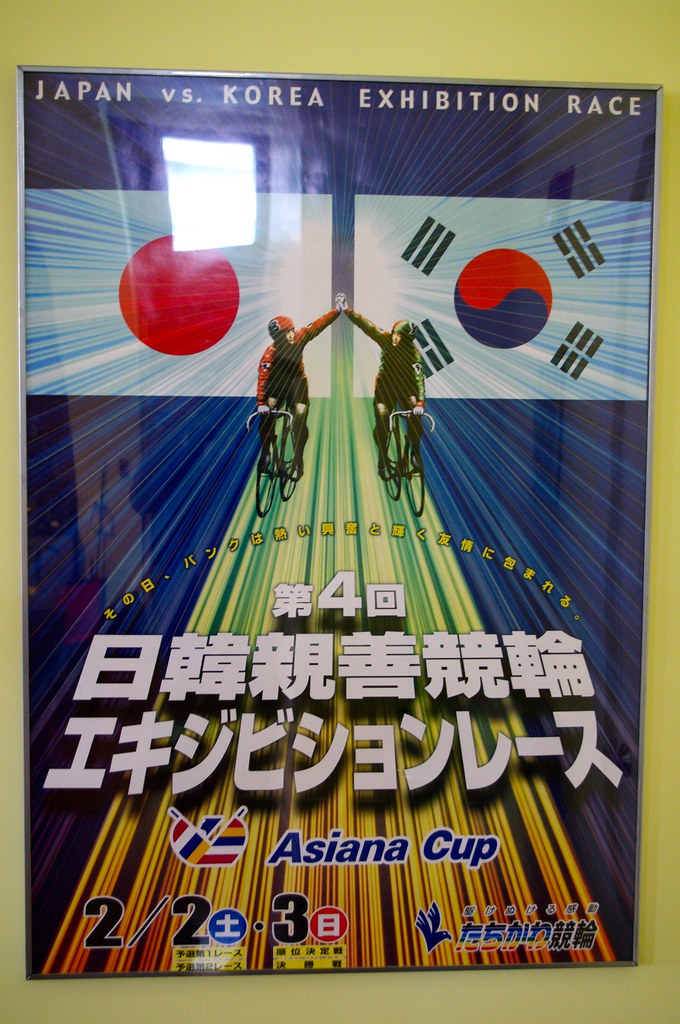 If Stacey and I hadn’t of been so hungry, I could’ve spent hours trolling around picking

Stratton’s brain about the goodies I found. He’s collected quite the treasure trove in here. 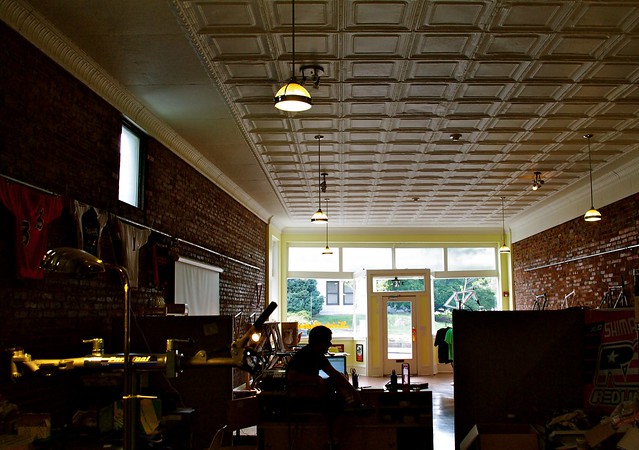 As you can see he has the shop laid out rather nicely.

Its great for hanging out and easily finding exactly what you need. 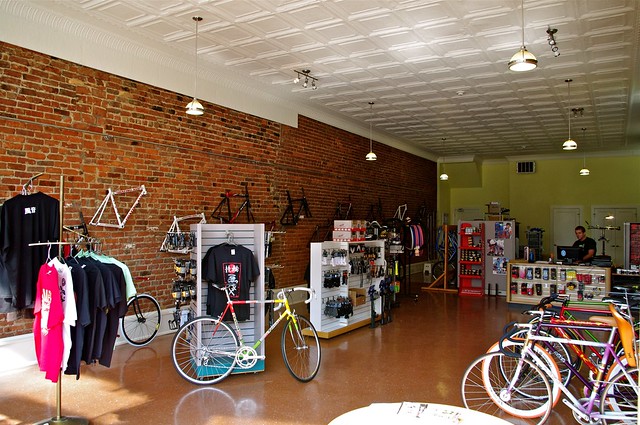 Once I had pulled myself from the brick wall of  Alans and Quattro Assis, I spotted this beauty: 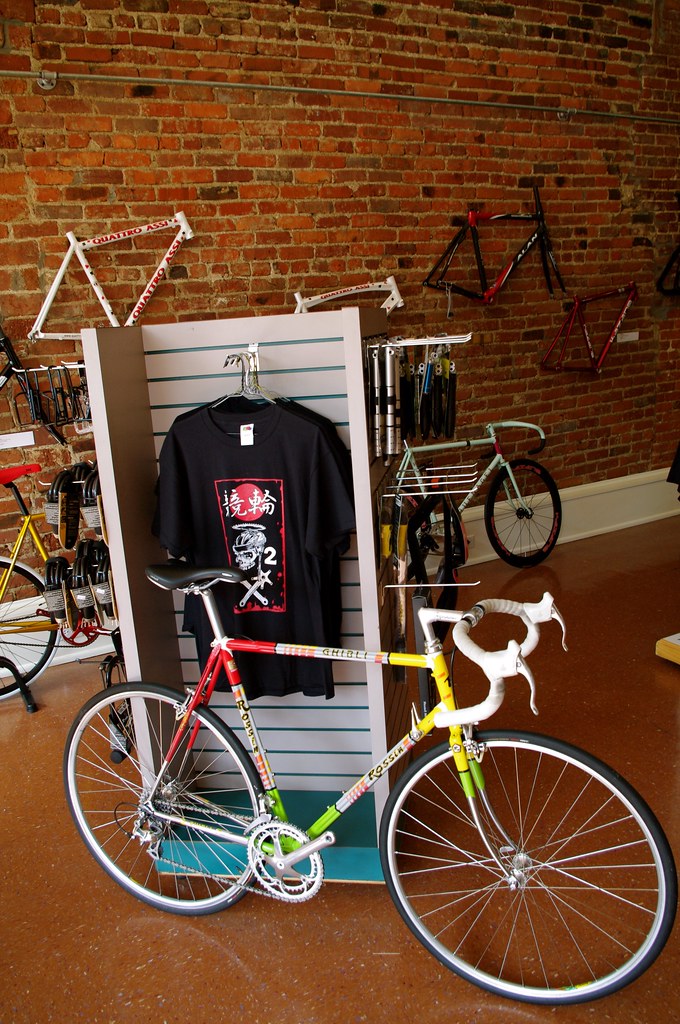 This Ghibli Rossin is currently on consignment at Keirin Culture for only right at $1000.

I was lucky enough to take it on a test ride the next day & seriously considered bringing it home with me. 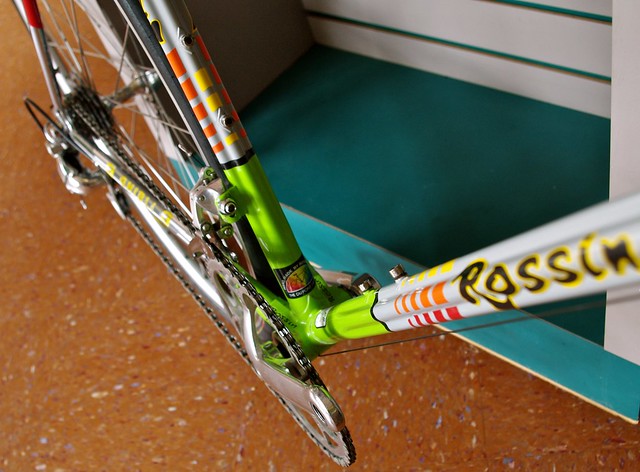 Stratton has been in the cycling game for a long time and has contributed more than he has collected.

Roanoke is lucky to have him and his neighbor Aaron of 611 Cycles.

Aaron had just left for the beach the day we arrived and I was unable to check out his shop.

If you ever find your self near or in Roanoke, be sure to check Keirin Culture and 611 out.

More photos from the visit are on my flickr.  I’ll be back next year for the inaugural Starlight Crit! 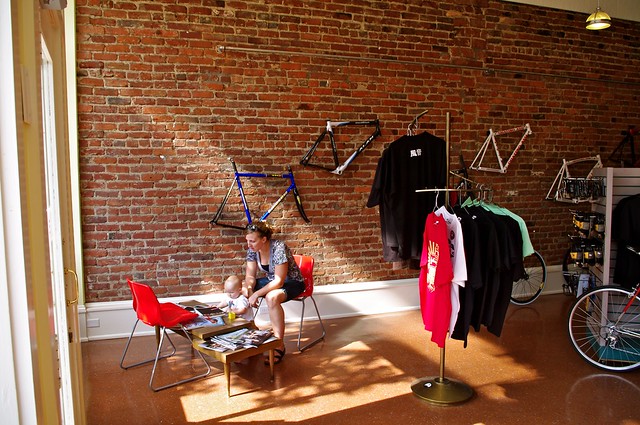