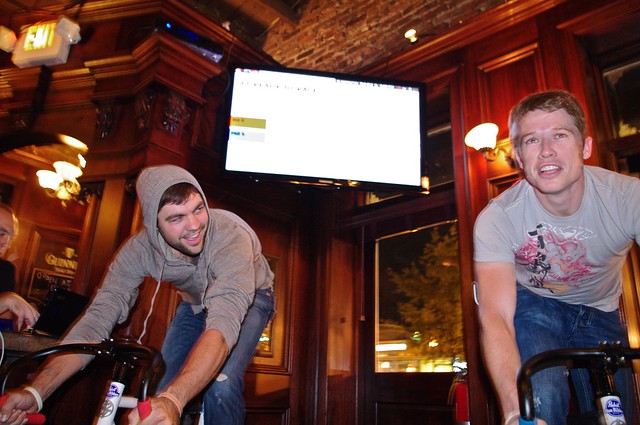 This event is not to be missed for all the regular competitors at the track, unless you’re at Elite Nats…

BOTH of the DLV Rider of the Year recipients, Evelyn Ewing & Dan Holt were in LA representing! 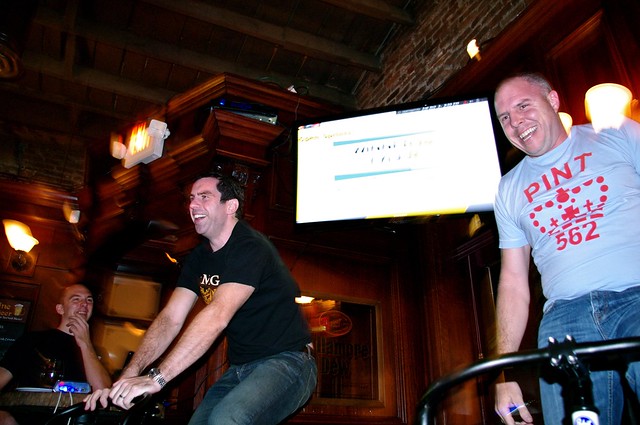 Tyler’s son Seven was proud of his dad’s victory and he also had a go.   Eye of the tiger on that kid! 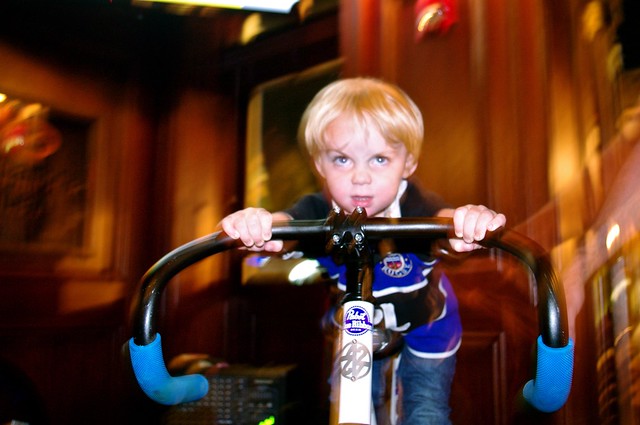 Below is Lucius Williams, he directed The Keirin. He started racing this season and I look forward to

seeing more from him both on the track and on the big screen! 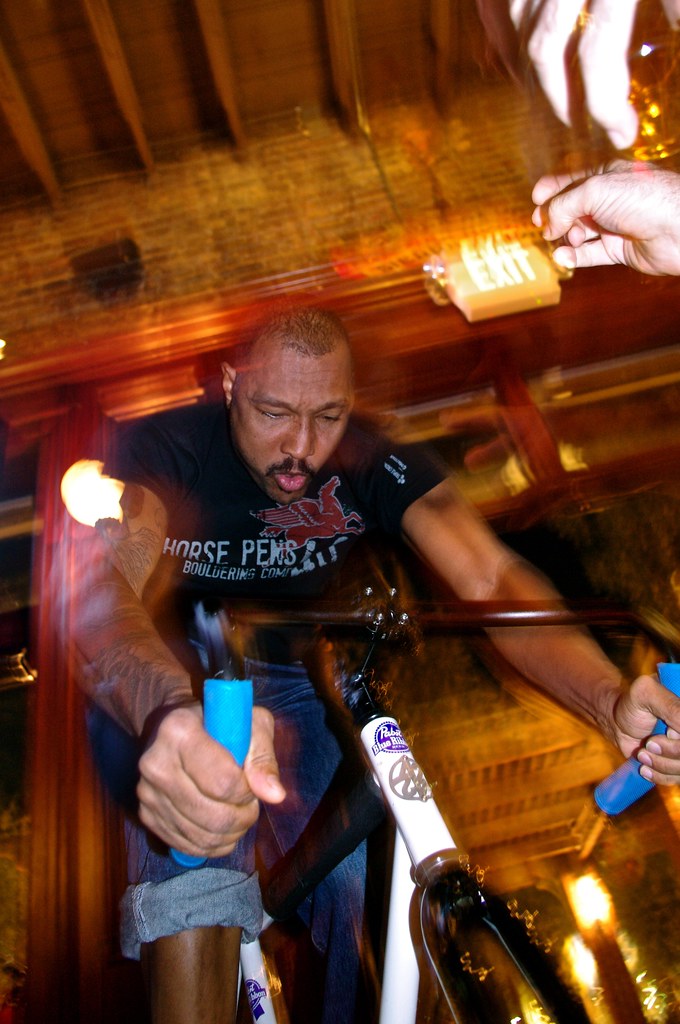 There were several women’s races.  Complete with cowboy boots and high heels. 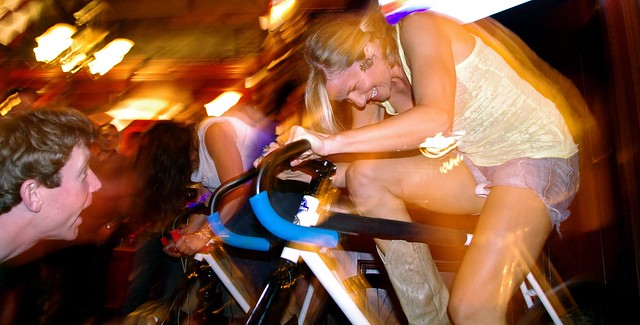 Even one of the Marlay’s servers competed!  Pretty impressive to then dive right back into working. 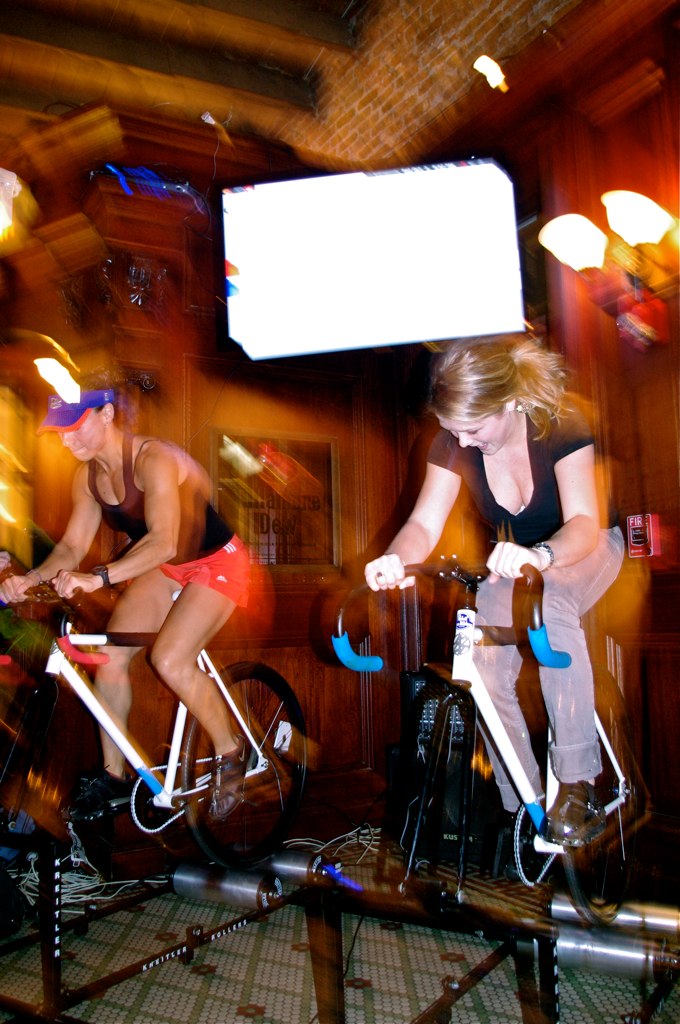 Speaking of impressive.  The director of the track, Jeff Hopkins, after a day of cross racing,

Kept it pretty steady and almost kept up! 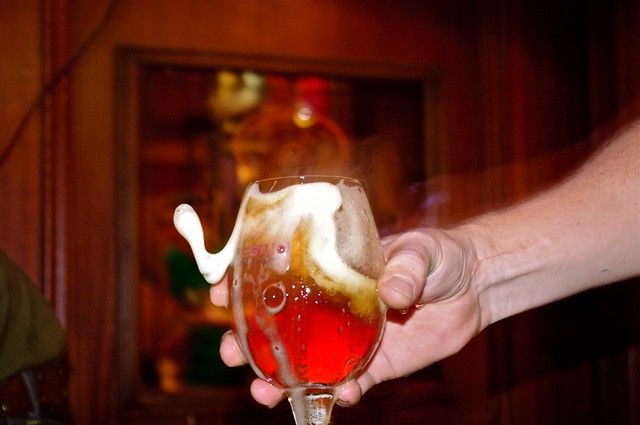 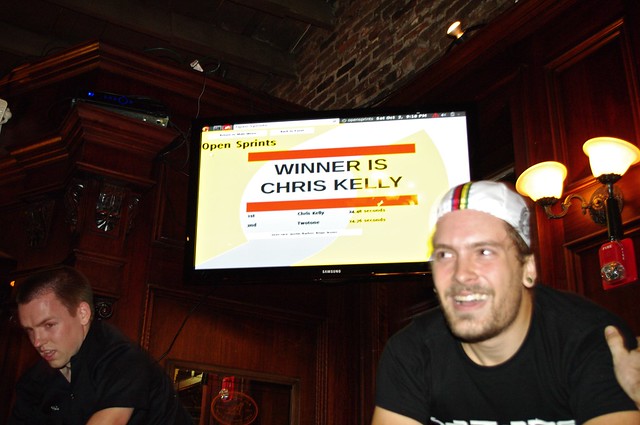 …Justin Barber in 2nd.  Justin knows all about narrow margins.

and even more dramatic was his .4 point loss to now Points Race National Champ, Dan Holt

for the Rider of the Year award.  Justin did give reigning champ Brian Tester a run for his money 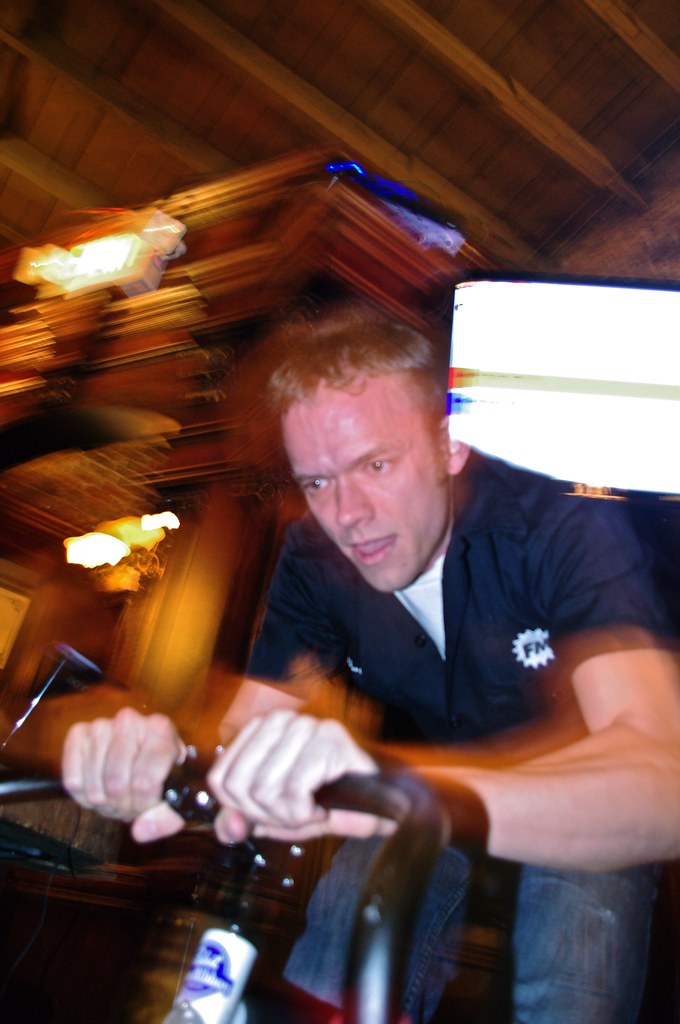 Talk about a Mask of pain! Brian really burned it up to defend his title belt. 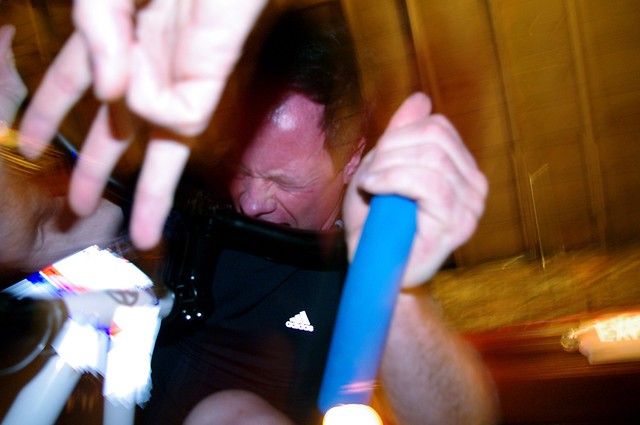 He’ll have another chance to compete next weekend during the NACCC Goldsprint Finals!

Below is Jeff announcing Brian’s victory. 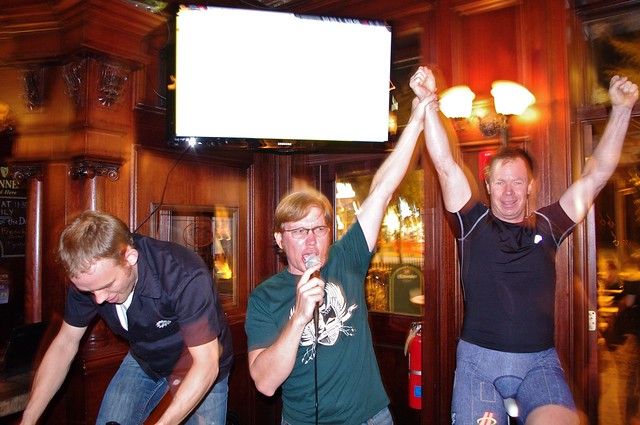 A post sprint highlight was the drawing for the coveted Fat Tire cruiser.  Wes Parrish rolled home on it! 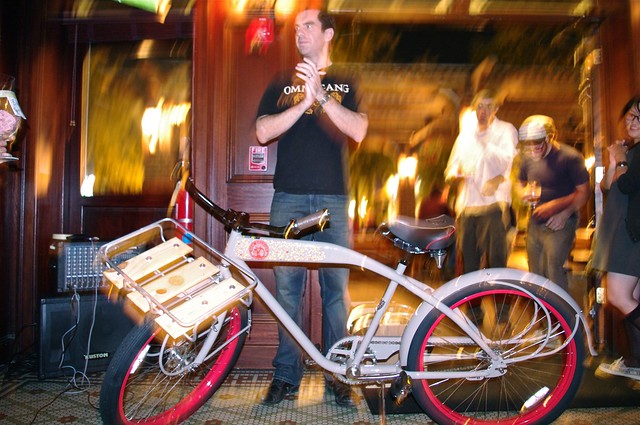 Pictured below in black are members of FM:Race, they stomped the Team of the Year competition.

Also photographed are Joe Eldridge & Amy Frank accepting on behalf of their teammates.

In fact, around when this photo was being taken, Dan Holt won Elite Track National Points Race in LA! 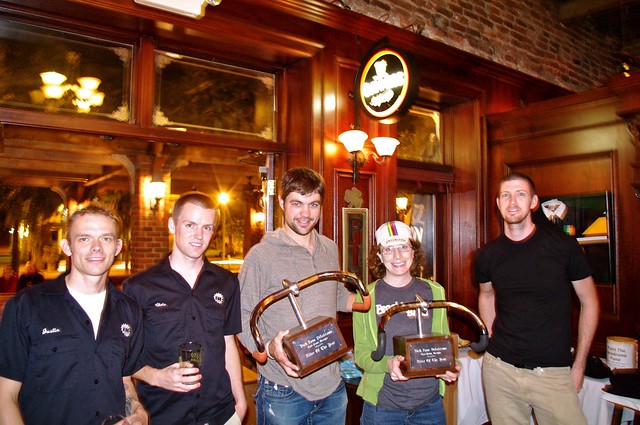 Finally, Jeff asked everyone to lend a hand and contribute to getting the track painted.

You can donate here.

More photos from the evening are here.  Thank you again to Darren & co. for hosting & Jeff for directing! 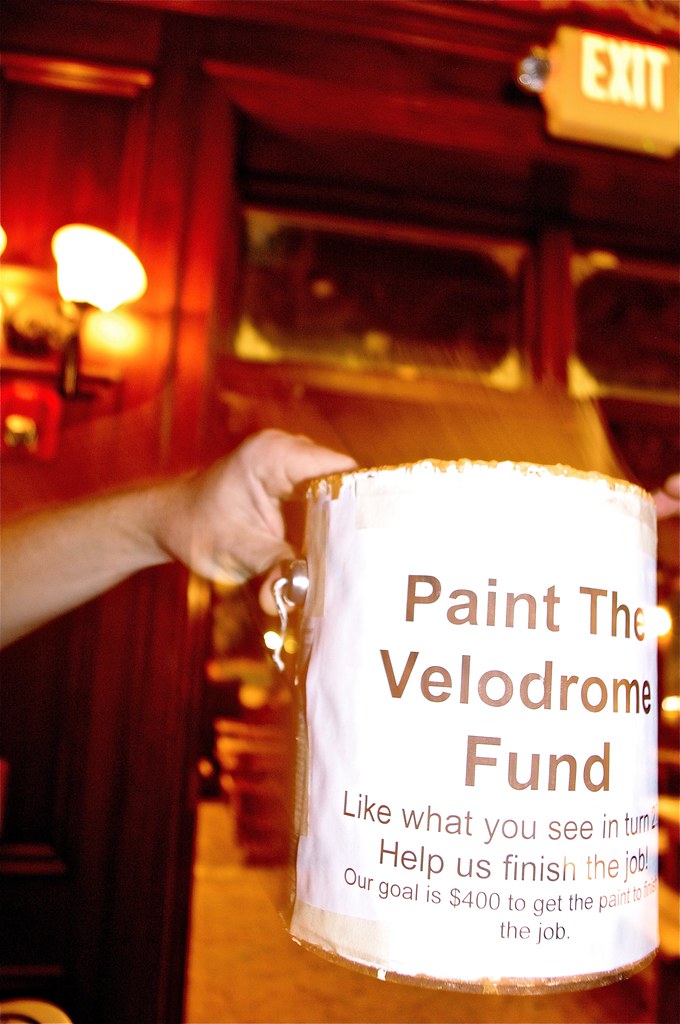 This season was the best I have seen.  It was packed with highlights and heavy duty racing.

Competitors traveled to our track from far and wide. Everyone got faster and smarter.

I feel that this proposal is spot on and feel it is a great way to end the season and this post.

See everyone next year on the track and before that at Cross Races and Standard Rides! 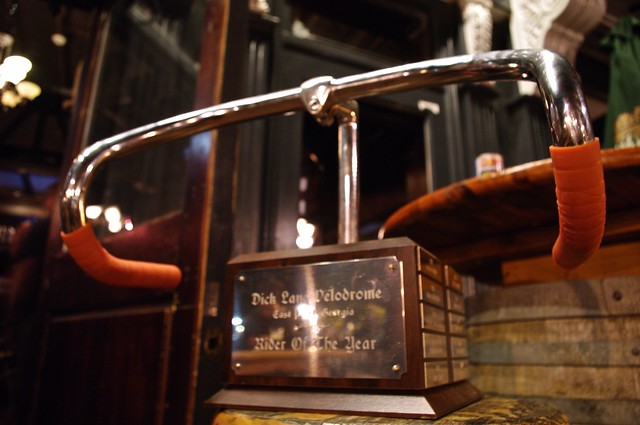