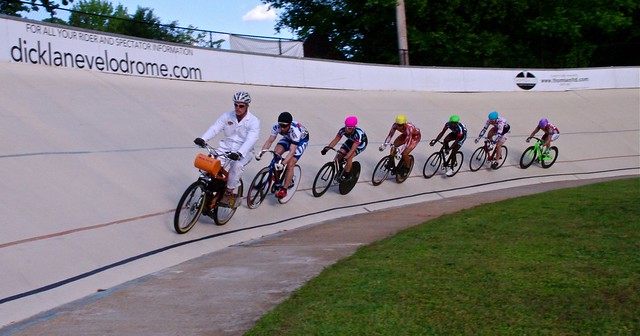 The WayPoint Systems presents ‘The Keirin’ went down way back on May 14th.

This was day of solidarity and teamwork for FM:RACE.

A strong showing in all categories and the main Keirin event.

We welcomed a renewed and ever larger presence on the banks walls down in East Point.

Above is FM:Race recent addition Stafford Brooke. He faced off against a B field stacked with strong opposition.

In several well executed and unified advances, FM made some great attacks. 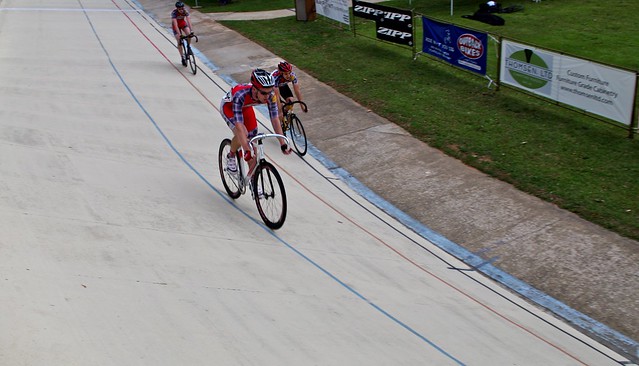 Off the track the team was well represented as well with Jim Hodgson performing honorable deeds by belting out our nation’s anthem with style. 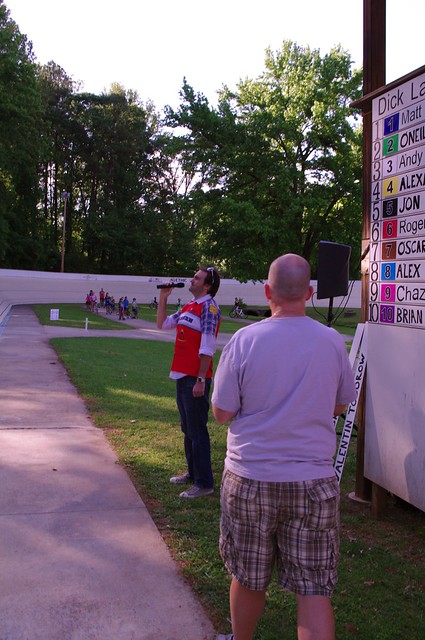 Brian really had the most savage duty of the day.

Pitted head to head against future Olympians, local PROs and current National Champions, he stomped out a solid effort competing against some of the fastest velodrome athletes in our country today. 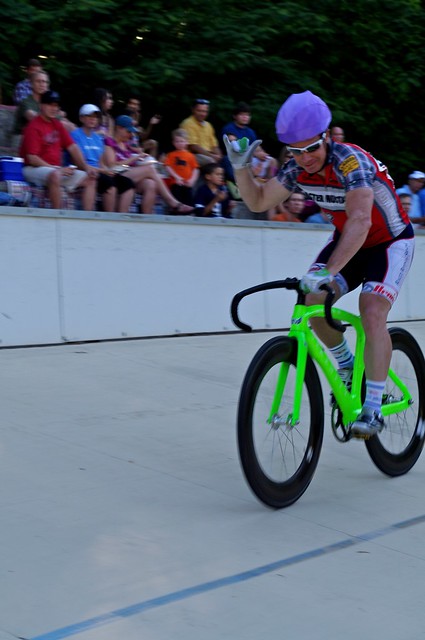 A personal highlight for me may have started below. Or at least the photo preambles the failed attempt that became my highlight of the day.

Justin Barber provided excellent coverage as I made my 110% blowout attempt off the front in the 15 Lap Win and Out.

In a split second, I decided to make an attack with two to go. The peloton had been going on and off and when everyone sat down I stood up. Not really considering entirely how viable my strategy would be. Thanks to Justin pushing my adversaries towards the boards and effectively slowing the whole pack down, I had way more of a chance then I ever would have had alone.

Pictured above and captured below by Colin Chappelle are two remnants of my valiant gesture.

Had I waited to sprint, the chance would have been gone but the win was just out of my reach at that distance!

Below is the day’s champ Matt Baranoski. A 17 year old track cyclist and specialist in sprint events and the keirin. Racing track since he was 6 years old at Lehigh Valley Velodrome. In just over 10 years, he has won numerous junior national championships, a medal at junior worlds and an elite national championship. And, now second time in a row, The DLV Keirin! 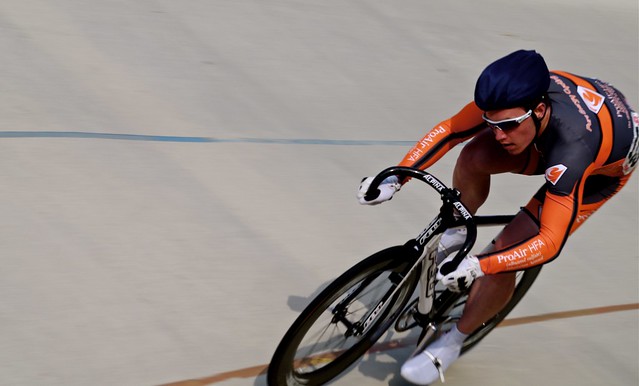 More photos here and the day’s results are here. A write up of the preceding day’s Zipp Need For Speed Sprints is here.

Lastly, to convey how skullcrushingly brutal the final Keirin was, crank your measly computer speakers to 11, hit fullscreen and press play:

Thank you for a great event Jeff & co. I look for forward to years and years of Keirins at the DLV!