Updated on May 15th: 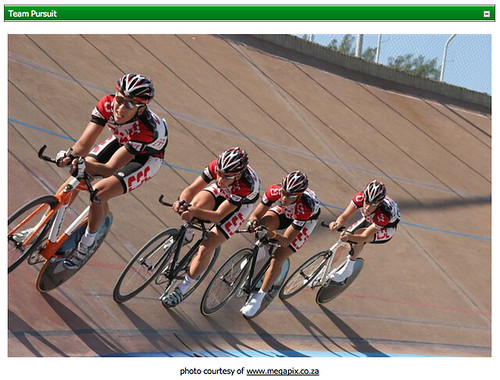 2nd Tuesday of the month:

Long individual effort — 3k for the New riders and Comp. groups, 4k for the Expert and Elites.

Masters/women/juniors can ride in the Comp group if they want to practice at the 3k since that’s their event, but if you can do 4k, you can do 3k, so why not practice more?

Because there has been an interest expressed in multiple efforts in a night, we’ll do 2 pursuits. The riders will enter a seed time to be placed for the first round. Fastest seed will race slowest seed and so on through the list. Based on the race times from the first round, the two fastest will be paired together for the “first place” ride, the next two will be paired for the “third place” ride and so on. The 2nd pursuits will come after the team efforts.

Short team effort — 3 person team sprint for all categories. You can pick your team or if you don’t know anybody, we can pair you with somebody. Mixed gender/category is okay, but the team will be entered in the highest category of racer on the team. So, a team with an elite rider and two expert riders will be racing in the elite category. We’ll do two rounds of this as well — teams will be placed on the track randomly (it’s a team sprint, I doubt anybody will catch the other) and then the fastest matchups will be paired together for the “first place” race, next fastest for “third place” and so on.

3rd Tuesday of the month:

Short individual effort — 500m for the new riders and comp. riders (women /any other group that has the 500m for their event can race as comp if they want to practice the 500m event regardless of category). 1k for the Expert and Elite. I’ve changed my mind on the earlier statement — it will be a standing start. We’ll start the night with a 200m flying TT for seed times, then do the first round of team efforts, then the 500m/1k, then the 2nd round of team efforts. The 500m/1k will be seeded with the two fastest 200m times for “first place” then the next two fastest for the “third place” and so on.

Long team effort — 3 or 4 person teams depending on how many people show up. Times will be taken when the 3rd rider crosses the line. All distances will be 4k. Mixed gender/category is okay, but the same policies apply as above for the race category. First round will be based on the seed times offered by the teams — fastest with slowest and so on. Finals round will be based on actual times from this effort as described many times before. 2nd round will be after the 500m/1k efforts.

…USCF rules state that a rider can’t race a 2nd pursuit in a day within 2 hours of the first. Hopefully you guys don’t mind bending that rule if we need to. If people do have a problem with it, that’s okay — we can just scrap the 2nd rides and have it a one-round event.

For any further questions go to the
source! 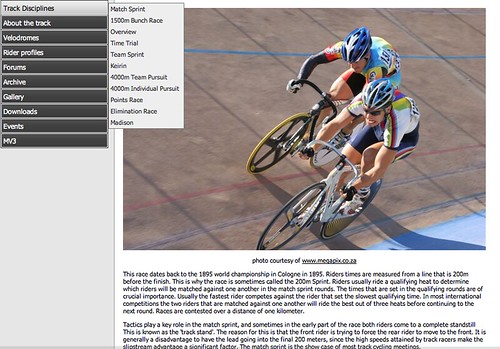 The above website also has some good info for those unfamiliar with race formats.

As does the Dick Lane Races page.