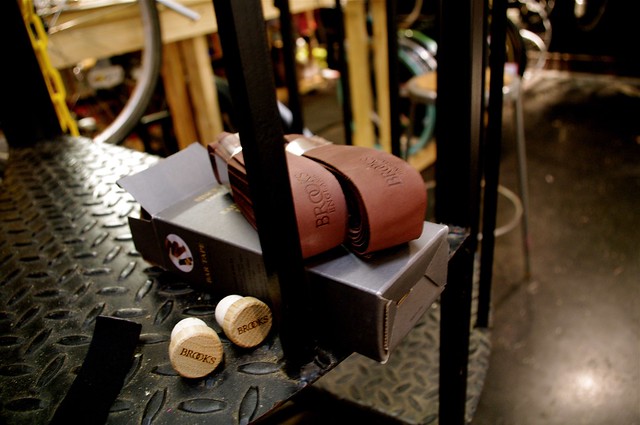 I have been riding my current commuter set up since January when first I did some riding down in Florida.

The missing piece of the build has been literally right beneath my nose these past few months.

The distinction between Brooks leather wrap and cotton is longevity.

Where many may argue on the aesthetic and style each approach contributes to a build,

the leather simply lasts longer.  Not only that, like all Brooks products, it actually gets better with age. 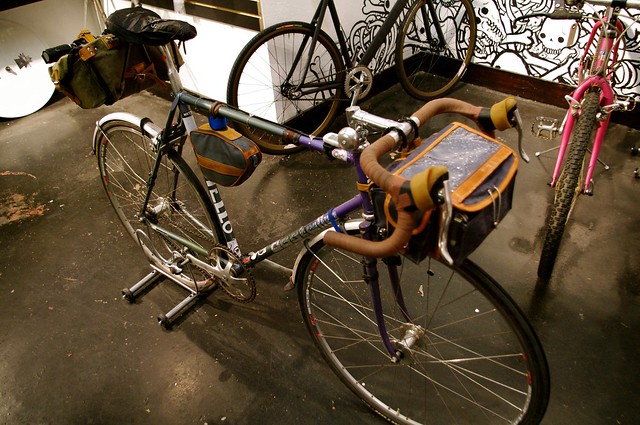 The first step was to pop the cork out of the bars, then flip up the hoods and get in the zone. 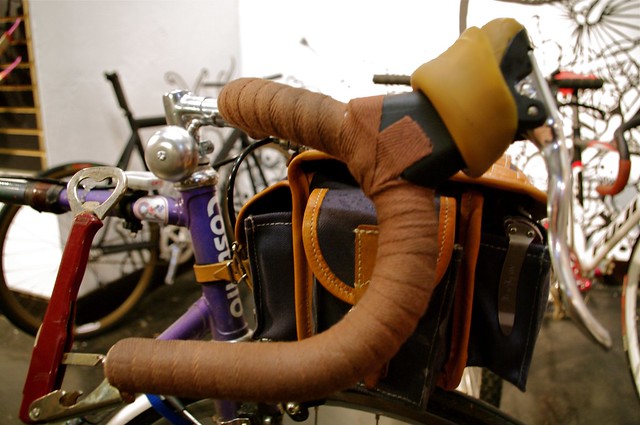 Rather than peel of the well used newbaums I opted to double up. Though this potentially could harbor water,

it will make for a bit more cushion and a larger grip. The adhesive gripped well and I slowly began. 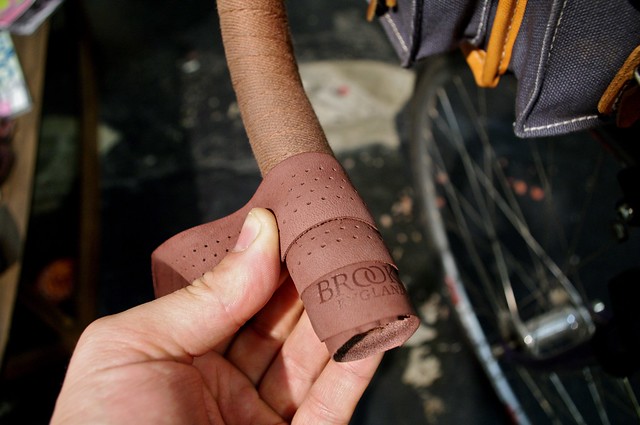 When you see Brooks wrapped bars in the wild, always take a peek and see if it is started and ended well.

This may be the last time the bars will ever be wrapped and its all in the details! 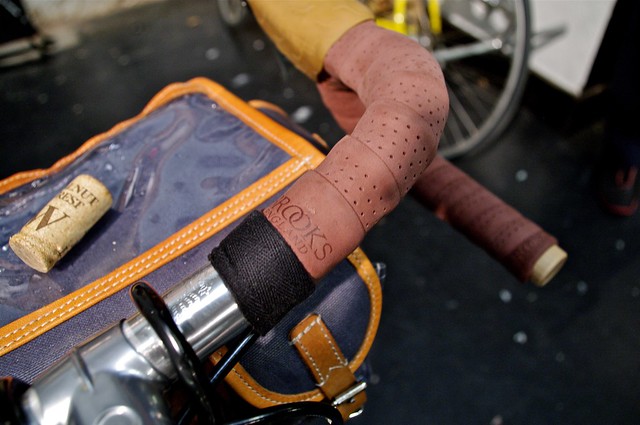 When I was done Chris and Howard took a look. Both know how long it took the get this rig rolling. 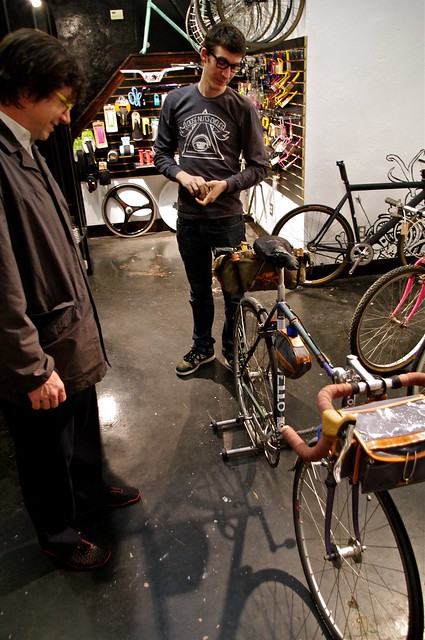 I am super pleased to finally wrap it up with Brooks leather bar wrap and still sit on my 6 year old Swift!

Brooks products as recently highlighted, are some of the longest lasting velo investments you can make.

Check out my flickr for more photos of awesome builds featuring the latest Brooks offerings at NAHBS. 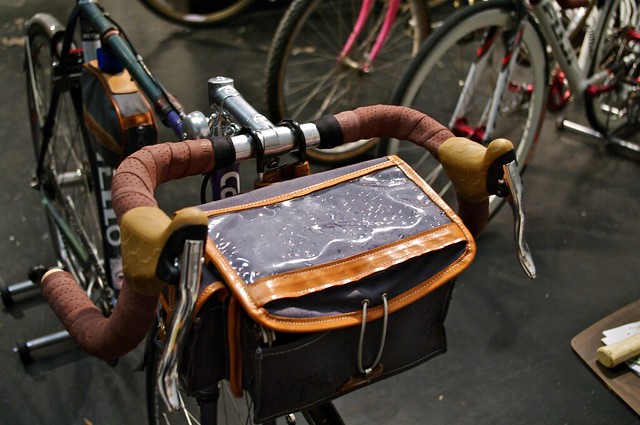 My friend Gianmarco of Brooks England sent me this image of some new black railed B-17 Standards.

Give me your opinion on these colors: electric blue, mandarin and apple green.

I am personally a Brooks fanatic and am excited about these new affordable & colorful options.

Previously any saddles offered by Brooks in colors other than brown, honey or black were

neither easy to get a hold of nor particularly easy on the budget. This will soon change!