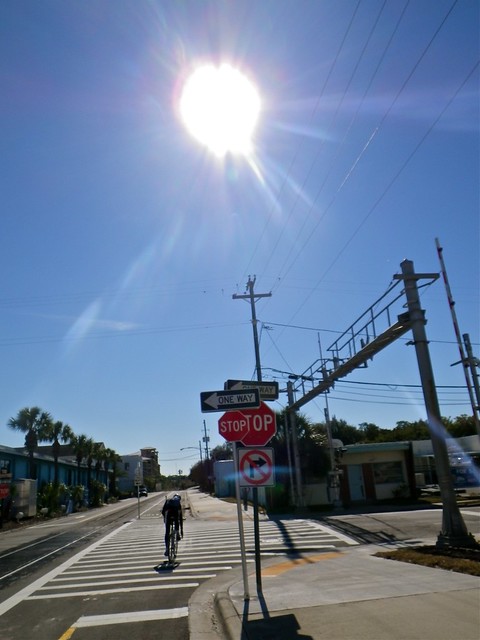 On my most recent trip to Florida I managed to cover some uncharted territory.

I was on a newly renovated bike, my made here in Atlanta Costello track bike.

My first trip took me only a short distance north to Honeymoon Island via Dunedin on the Pinellas Trail.

The town is very nicely manicured and the pavement was pristine.

Lots of bike paths and accommodations for cyclists.

Seemed like a nice place and I plan on spending more time there next time. 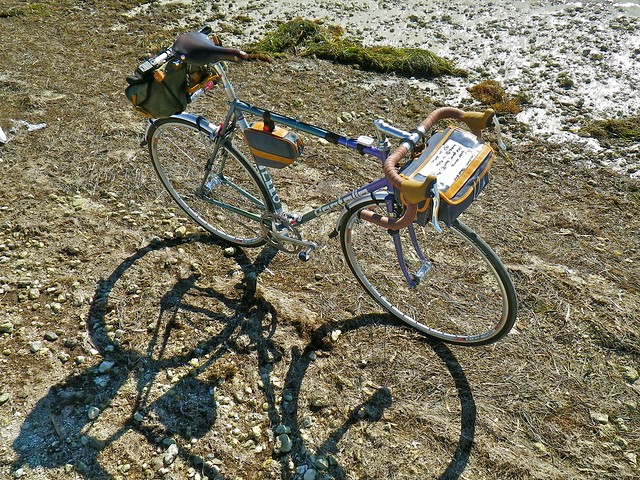 Its also worth mentioning this was a ride to finish fine tuning my commuter track bike’s build.

Phil Wood to DT Swiss wheels and the real highlight is the rear hub has a White Ind Dos and Surly Dingle!

This ride is ready for daily duty but also light touring and my riding in Florida was a chance for testing.

The weather was outrageously nice. Especially after only a day earlier escaping from a blizzard in NJ!

Though flat of course, like my riding in Texas recently brutally reminded me: 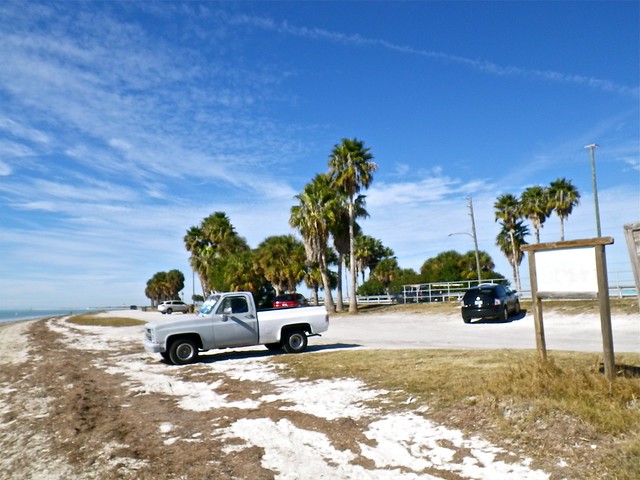 As you can see below, lots of little tweaks and adaptations were required to revamp this steep angled frame.

I am very pleased with how it turned out and thank again Chris for all of his help. 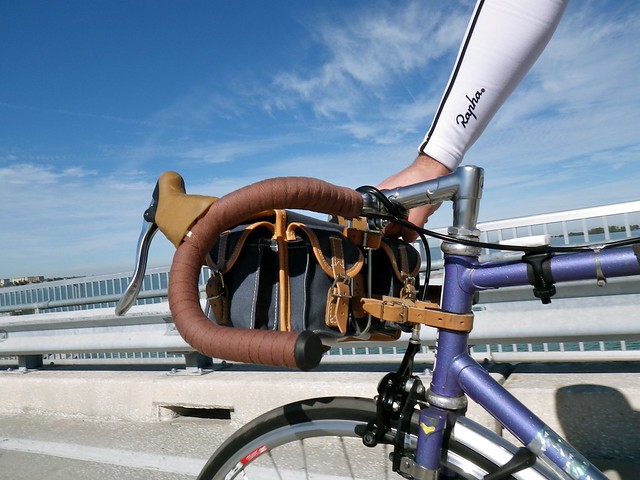 I made my way back to Largo & after a few adjustments felt the bike was ready for a longer trip. 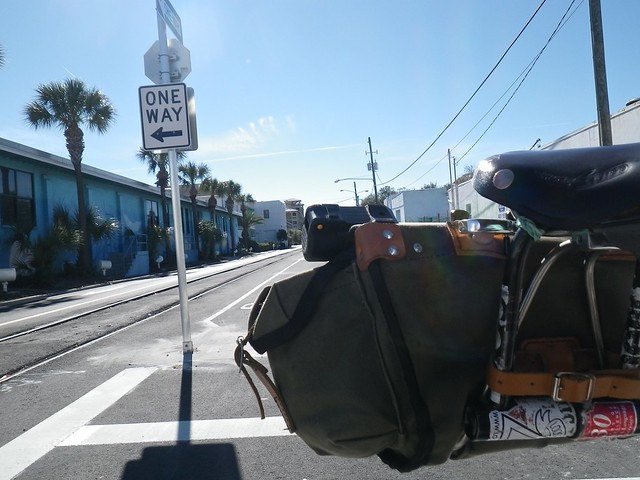 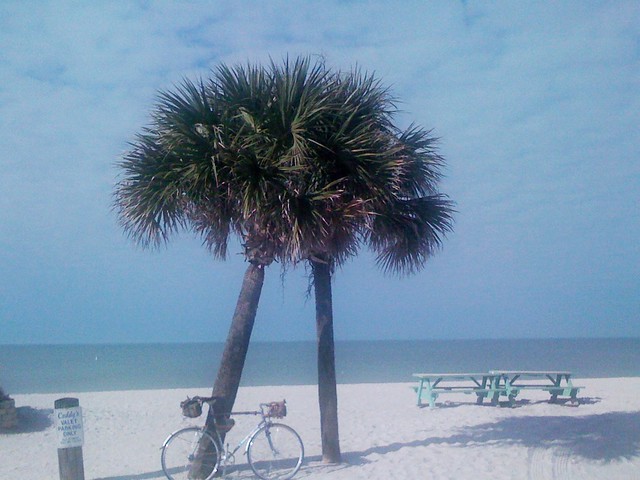 I set out towards the coast on East Bay towards the S. Belleair Causeway to head south to Treasure Island. 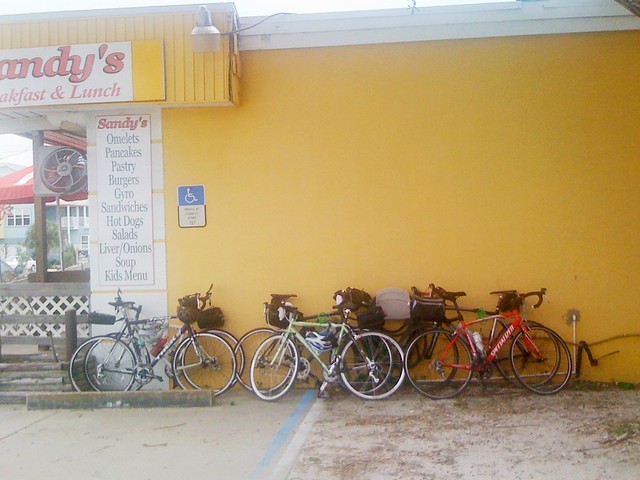 I encountered many cyclists along my solo route.  Everyone else was either heading north or 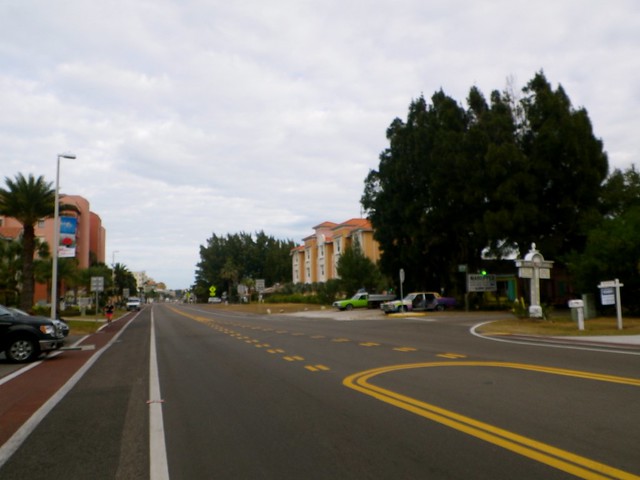 Nearly the entire way there were bike lanes and traffic was surprisingly accommodating and sparse. 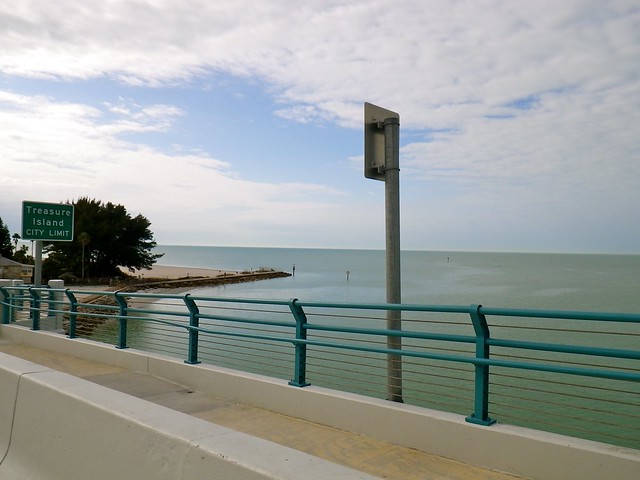 The most cars I saw was crossing the Pinellas Bayway heading towards St. Pete at a drawbridge. 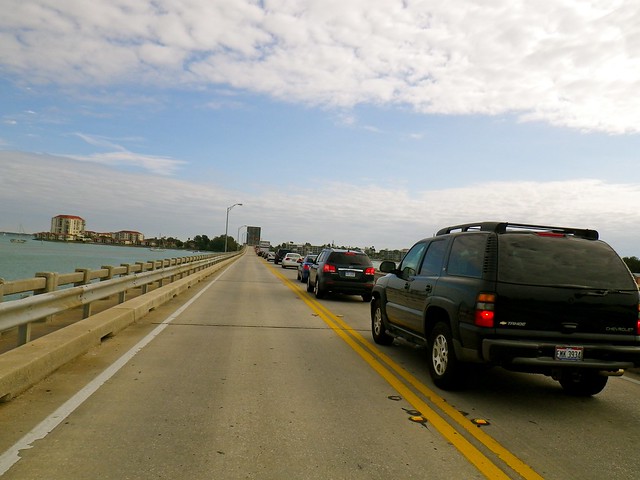 Riding bikes is awesome but after sailing with my grandfather throughout my childhood,

I know nothing compares to setting out on the water relying solely upon the wind and your own ability.

Maybe my next blog will be about boats… Well, at least not while I reside in downtown Atlanta! 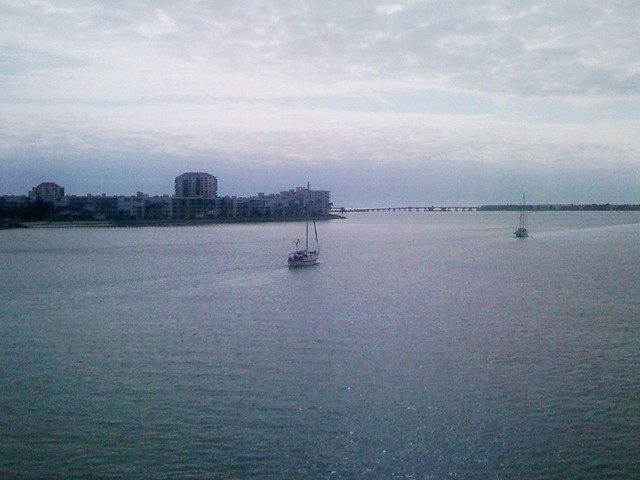 I made it back to the mainland and onto the Pinellas trail towards St. Petersburg. 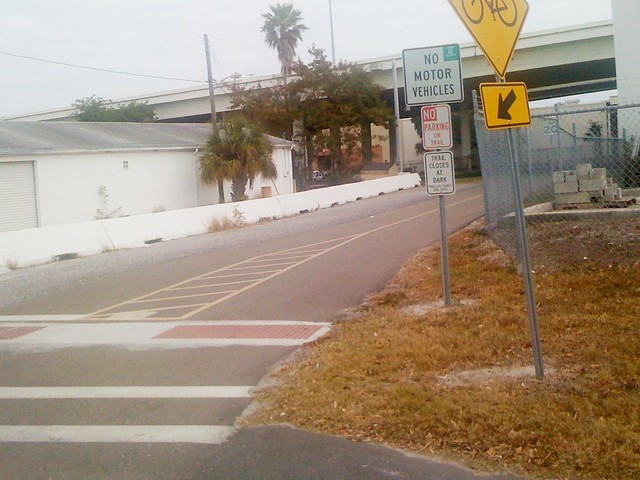 It took me through some industrial zones reminding me that the trails was once an important rail line. 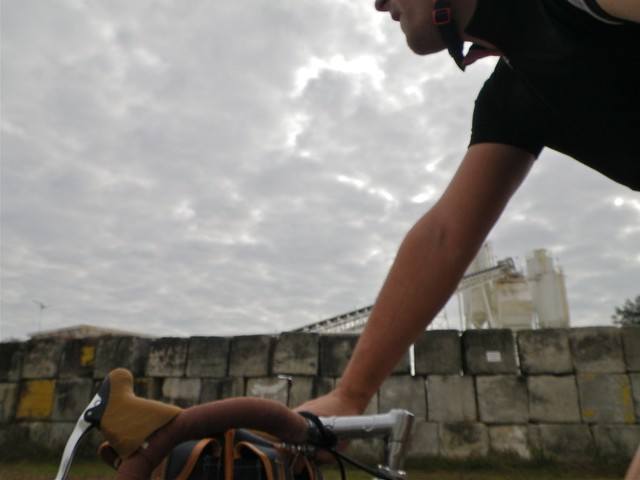 Whenever I am here I always visit Michael at 66fixed.  Here is my last visit’s post. 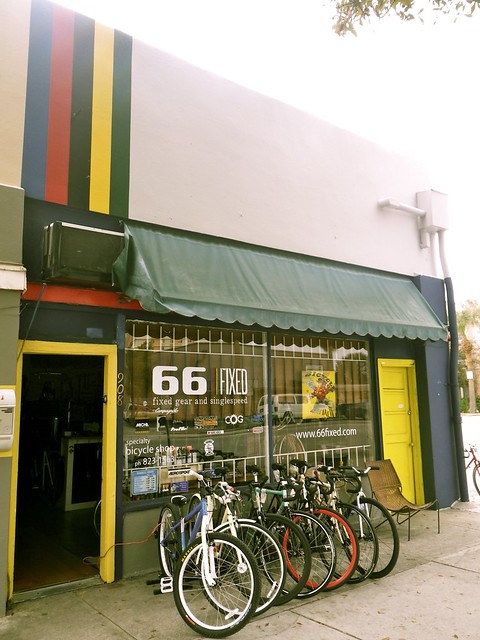 The shop looked great and some things had changed.  Micheal had moved the counter towards the door.

This did shrink the showroom but allowed more wrenching room and he had no shortage of work to do.

Throughout my time in the shop customers trickled in and out.

A steady stream of cyclists with various requests.  Each time they left with what they needed.

I continued to look around. My eyes turned towards the ceiling and… 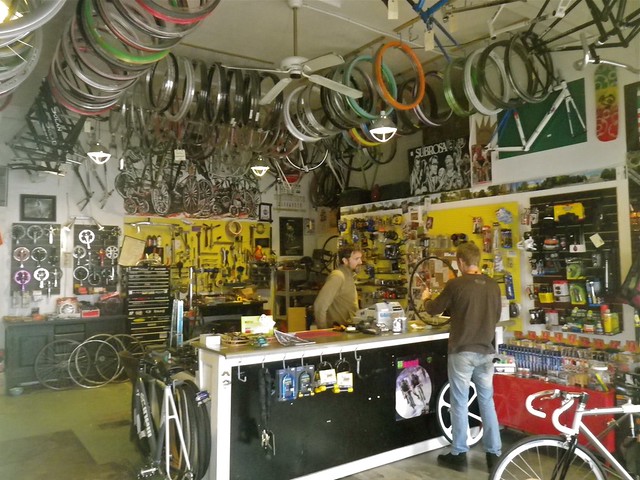 I saw this killer Dolan Forza standing out in the crowded overhead storage.

for races such as the Points, Scratch, and Madison but the Forza works as a sprint bike as well.

The sloping geometry provides a more relaxed position than the sprint-specific DF3.

You’ll see it in 50km Points Races or Madisons events like those during the 6 Days in Zurich. 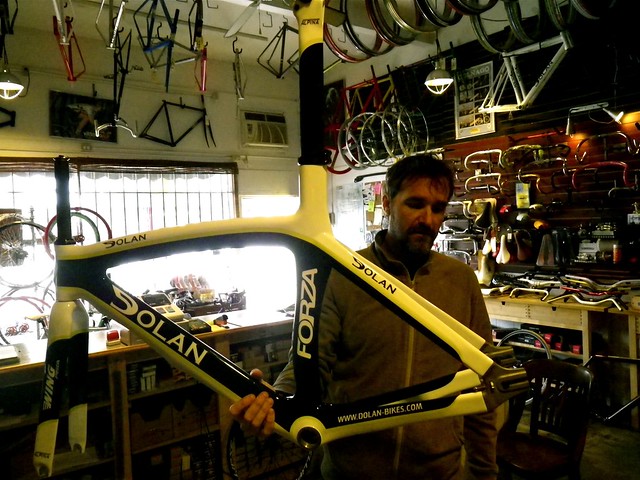 Whether ridden for slinging or sprinting the beefy dropouts on this frame were intense! 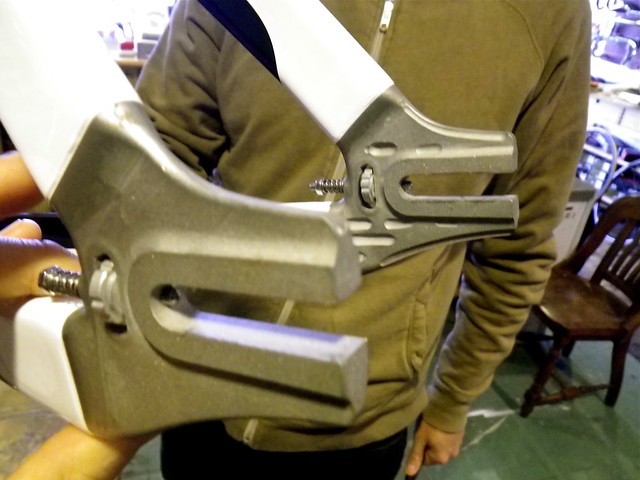 After saying good bye to Micheal, I got back on the Pinellas Trail heading north.  Back to Largo. 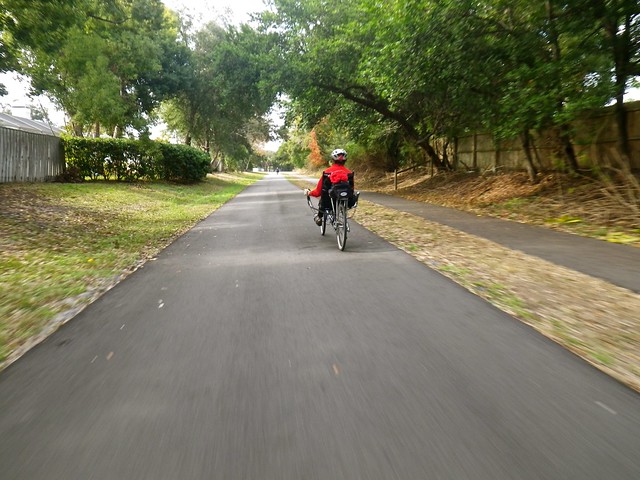 Back on East Bay I finally decided to stop at the German Deli I’d spied for many visits and never visited.

I was hungry and knew there’d be no shortage of deutsches Essen to devour. 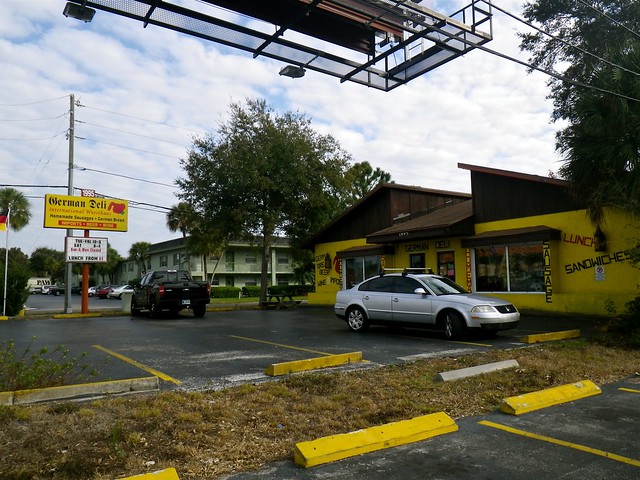 This 11 year old The German Deli had everything from home-made sausages, potato salads, meat salads,

as well as home-made entrees such as Rouladen, Sauerbraten. At first I was truly overwhelmed. 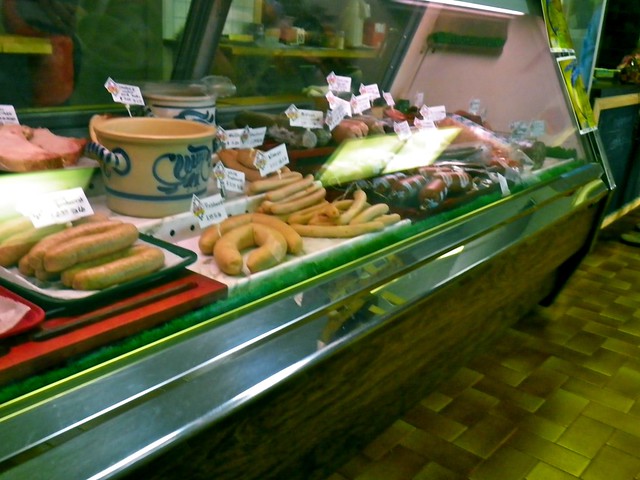 Its kinda ironic that my best friend from Germany is vegetarian. I mean, i was too for a long time.

But there was no turning back now… All of these sausages were calling my name.  And I called for curry. 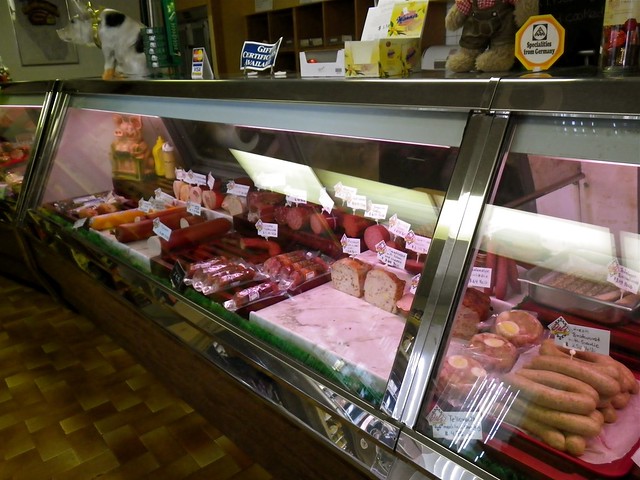 I had not one but two curry wursts and was very pleased with my European lunch.  Vielen Dank! 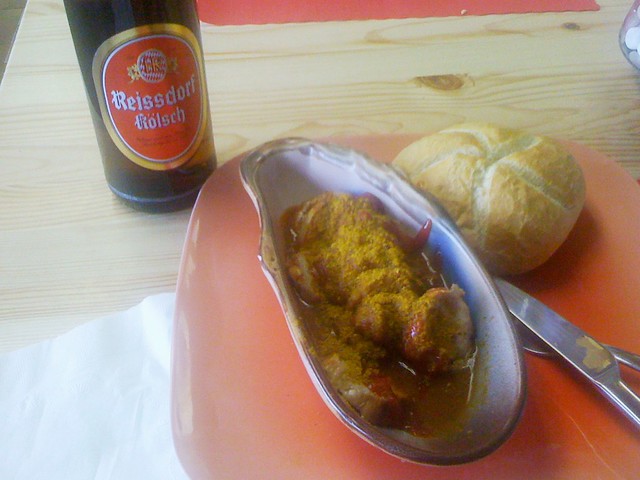 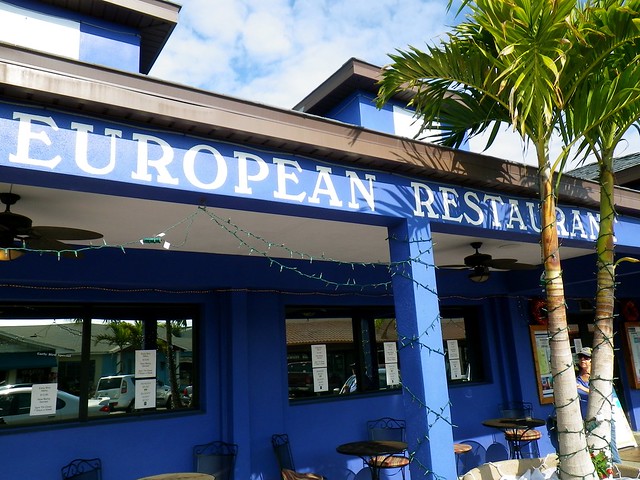 As readers of this blog have noticed, Philipp’s European Touches column is on its 6th installment.

In honor of his ongoing contributions I slightly captured the ‘taste of Europe’ Florida has to offer. 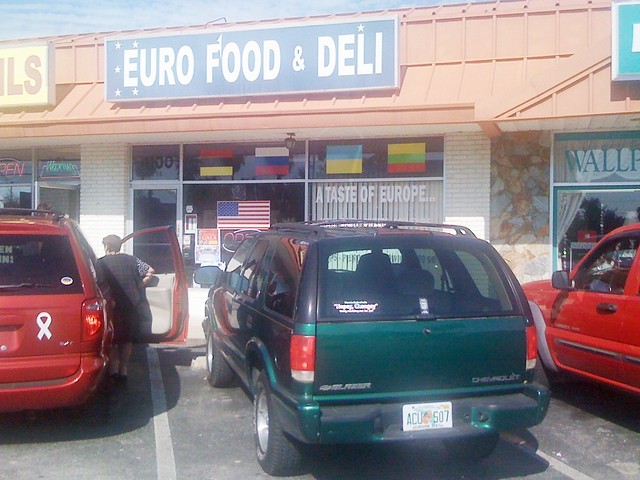 As I kept running into Euro places along my coastal exploration,  It really began to crack me up.

On that note: When in Florida, Stay Euro! More photos from the rides can be found here. 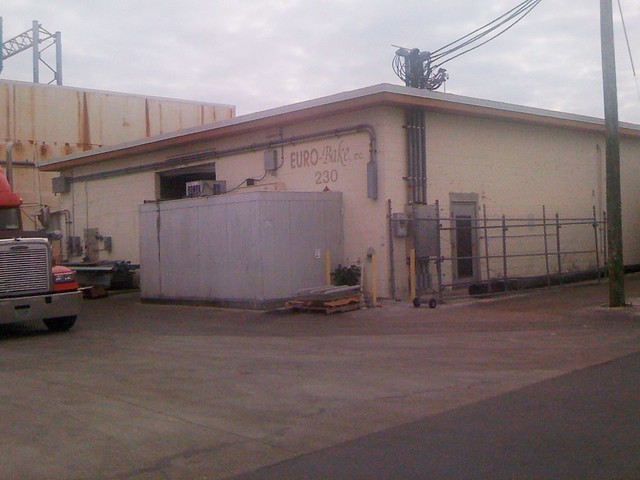