It‘s been a while since my last visit to Hamburg, but I finally made it back for a couple of days.

and as always the city itself amazed me.

along the Elbe-river. Even before meeting my friend Oskar I got on my bike and wanted to explore some

of the countryside northwest of the city.

I went down the „Elbchaussee“, one of Hamburgs longest streets and probably the most expensive part

of Hamburg. I made it to Blankenese, an old fishing village, where I took a ferry to cross the river. 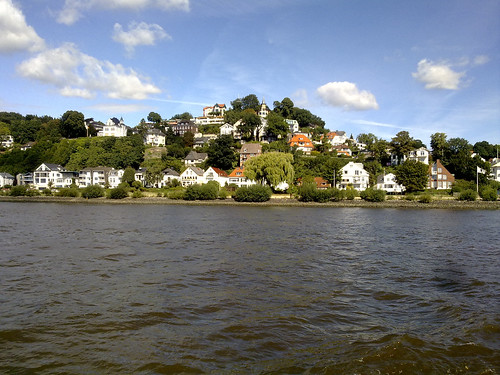 On this side of the river, the so-called „Alte Land“ you find huge fields of apple-trees and some lovely

other side and rode back to the city to wake up my buddy Oskar, who had worked a nightshift. 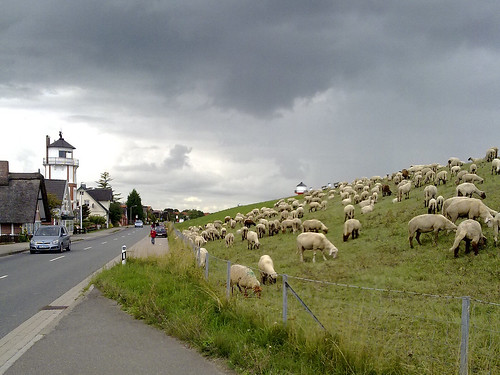 the „Uebel & Gefährlich“. This venue is situated in a huge old bunker in the heart of Hamburg’s

see them play one of Hamburg‘s best clubs now, touring Germany and having a record deal was great.

The last months must have been really exciting for them.

But of course I wanted to check out some bike shops, too while I was in town.

„Antony & the Johnsons“ for German music magazine „Spex“, I decided to try these bikes for a few hours. 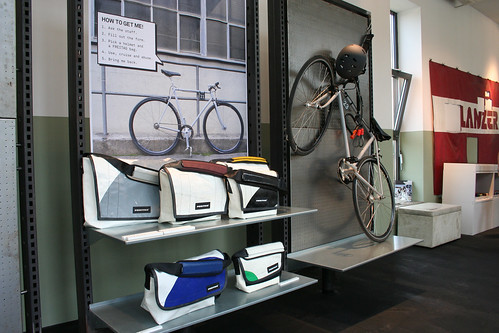 and a San Marco Regal seat. The cabling for the rear brake was kinda weird though and there were

no toeclips, so they could have put more thought in these bikes but after all this is still a brilliant idea

and I was thankful to try it. They even offer you to take a lock and a helmet if you want. Sweet. 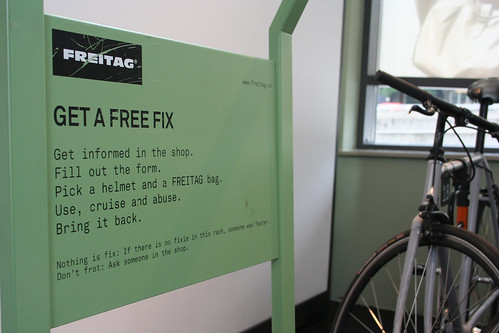 My first stop was at a new „bike boutique“ in Hamburg-Eimsbüttel called „Two Wheels Good“.

I locked up my bike in front of the store and while walking in I knew this place was weird.

It looked amazing in there, the bikes were presented on white cubes, perfectly lit and arranged – it

looked like an art gallery with framed black & white photography on the walls.

my camera out and tried to take a picture just to instantly get yelled at for doing so. I tried to explain

what I was doing and that I would write about the store, but she wouldn‘t let me continue to take photos. 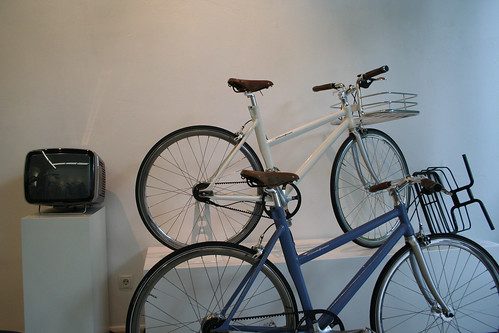 They don‘t have a workshop and only arrange service for the bikes they sold.

This really isn‘t a bikestore this is bullshit.

high quality parts, but these folks don‘t have any connection with the bikescene at all and don‘t want

to get their hands dirty. How can you sell these bikes if you personally don‘t even ride that kind of bike?

I dare say that this is the wrong way to do it. 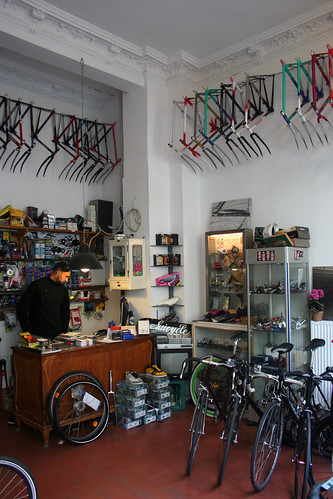 The next stop was far more promising, I went straight back to St. Pauli and arrived at „Suicycle“

just while they were opening the store. The guys were loading their van to go down South for

Eurobike later that day and I had the chance to see some of their new products.

They will be offering two mid-price frames this coming season including a trick frame, the  „Widowmaker“

and track frame „sankt pauli“, made from Columbus and Sanko tubing. 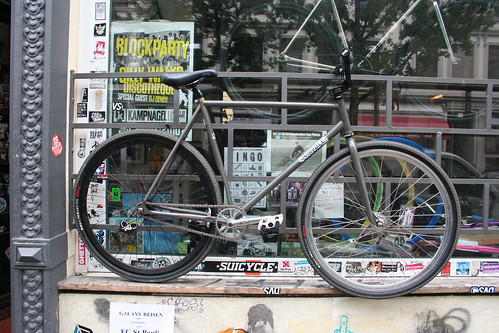 Suicycle has been offering a handmade steel trackframe (picture below) for years, now these imported

frames are supposed to complement their product range.

They are currently looking for North American distribution, hopefully Eurobike works good for them. 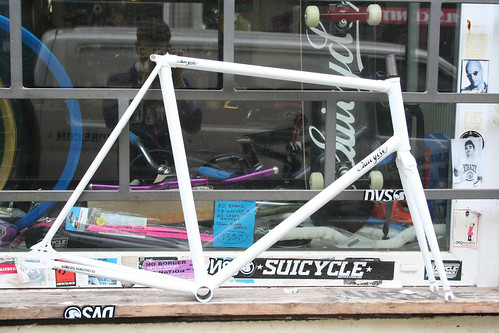 The difference between this shop and the „boutique“ couldn‘t be more obvious.

While everything was carefully arranged at the other place and there were no signs of manual labor,

this shop looks like a bike shop is supposed to look. There were people walking in grabbing tools to

work on their rides in front of the store, a lady walked by pushing her bike and asked if they could

fix her front wheel and of course Jan, the owner of the shop, offered her to work on her bike at a

reasonable price giving her a rough estimate of the expected cost.

these guys are part of their community and won‘t turn down any request. Thats the spirit! 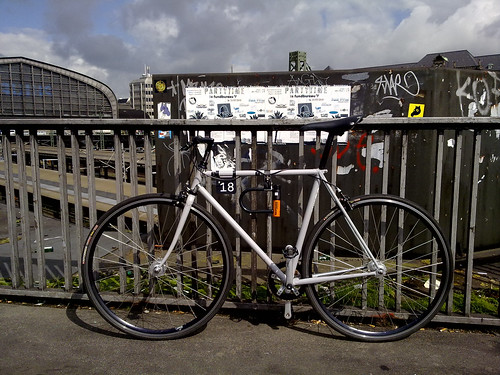 Freitag store and meeting up with Oskar to have lunch. Chatting about our days so far and hearing

about his interview I also learned that there is a new bike sharing system in Hamburg called „Stadtrad“.

It has been around for about a year now and from what I heard it seems to be pretty successful.

I didn‘t have the time to try it, but saw many people use it later that day and during the night to

get home after partying. 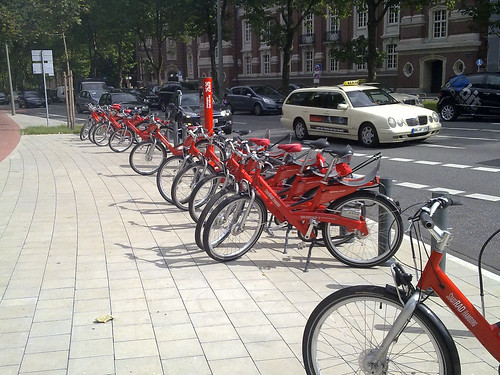 As far as I know this is the first serious bike sharing system in a major German city, hopefully it

continues to be a success and inspires other cities to install something similar.

Some more pictures can be found on the European Touches flickr.