After spending two days in London to see a couple of bands play, get some Christmas shopping done

and to stop at the Rapha headquarters (write-up coming soon), I took a plane out of the hell hole that is 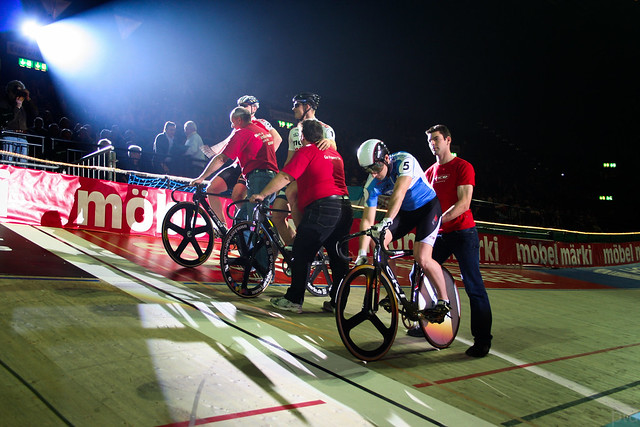 I had a ticket for that night’s Sixdays races in Zurich‘s „Hallenstadion“ and was excited about going, but

I got even more excited when I turned on my computer and checked my email.

Jon had scored me a lastminute mediapass for that night – awesome!

I only had enough time to drop my bags at the hotel, get something to drink and

charge my camera for a little bit before I took a tram to get to the arena where the races take place. 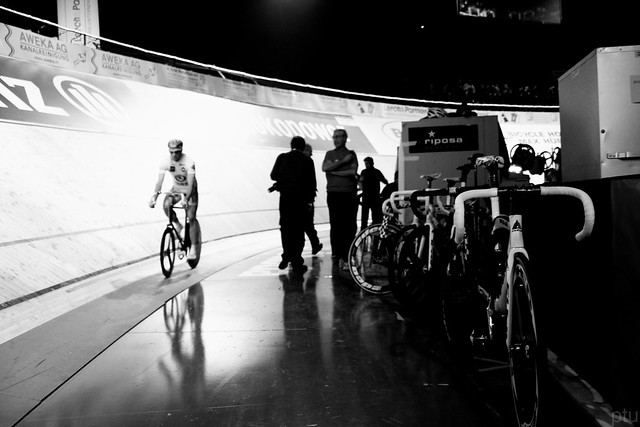 The event starts at 6pm and runs until about 2am for six days in a row – hence the name „Sixday Races“.

or different types of Motor-paced Races, so-called „Steherrennen“. Some of the race formats allow

teams of two riders, only the sprinters compete on their own. Points add up over the week and the overall

winners are announced after the final day of racing Sunday afternoon.

the latter also being a two time gold medalist at the 2000 Olympic Games in Athens, Greece.

These two guys took the overall win on Sunday. 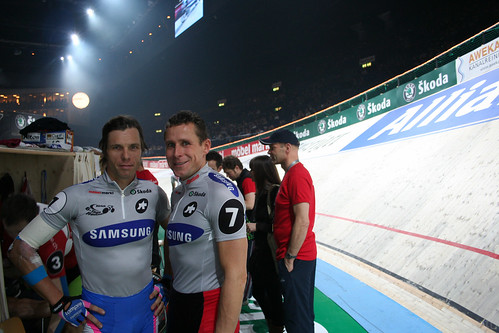 Also notable was Swiss Franco Marvulli, former World-Champion and silver medalist at the 2004

Olympic games. Unfortunately the team made up of two riders from the US, Daniel Holloway and

Colby Pearce, didn‘t do very well and only placed 10th out of 12 teams.

But besides all the PRO-riders, two young and talented Sprinters from Germany, Sebastian Döhrer

They were probably my favourites to watch that night. 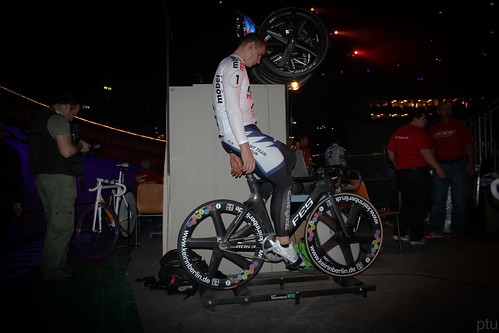 and chat with them about the event. I also met two carpenters from Germany who work for a little

company from Bremen. These guys build wooden velodromes all over the world, including the velodrome

for this year‘s Commonwealth Games in India – they don‘t have to do „normal“ stuff anymore, because they

are so busy building ´dromes. In Zurich for example, 30 people have 48h to build the velodrome,

this is incredible! And even these guys knew everything about track racing,

because they have been part of the „family“ for years.

Along with the races there was a little bike expo in the foyer, this years exhibitors included BMC, Focus

and the Swiss distributor for Cinelli bikes and merchandise. 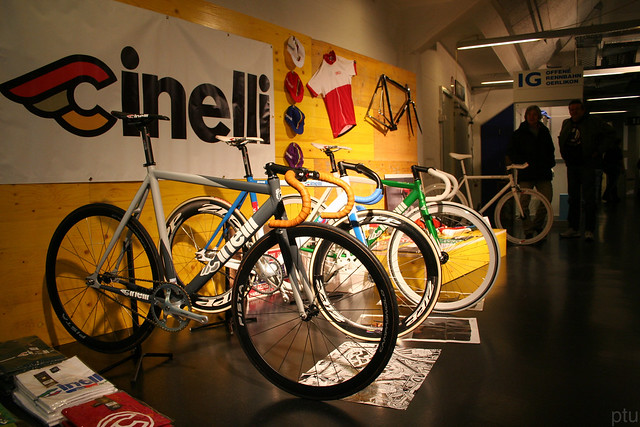 Even now, a few days later, I am still overwhelmed by the atmosphere of this event. Not only did I get to

see great track racing, but I was able to talk to a number of really nice people.

and would answer my questions and let me take pictures of them.

It was a great experience and I‘d love to go back again next year. 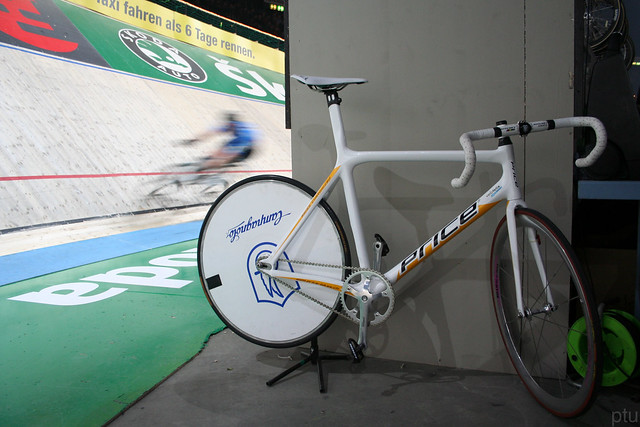 Many more pictures can be found on the European Touches flickr.

The guys at radsportphoto.net shot an awesome video there, too.

So if you want to see moving pictures instead:

Some impressions of the 2010 Sixdays in Zurich.
Music: Yeasayer – Madder Red